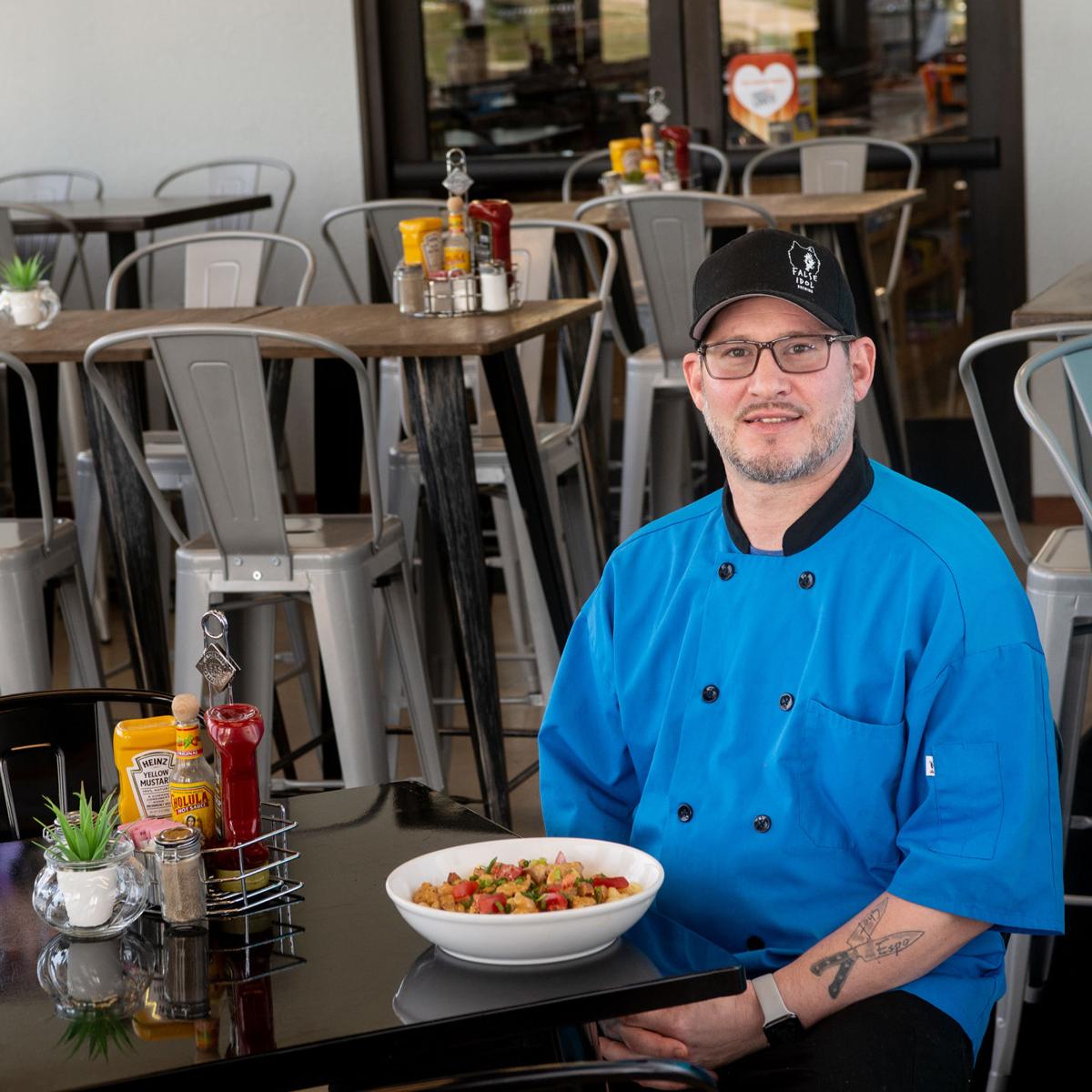 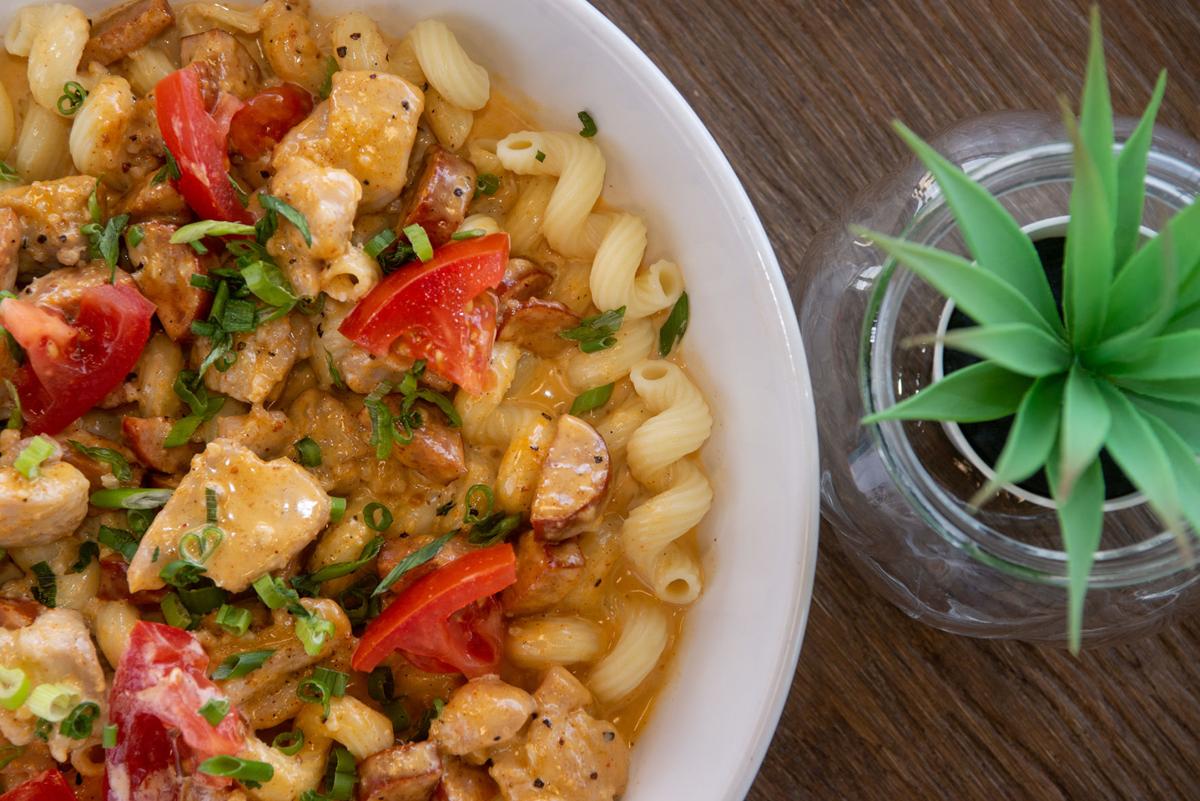 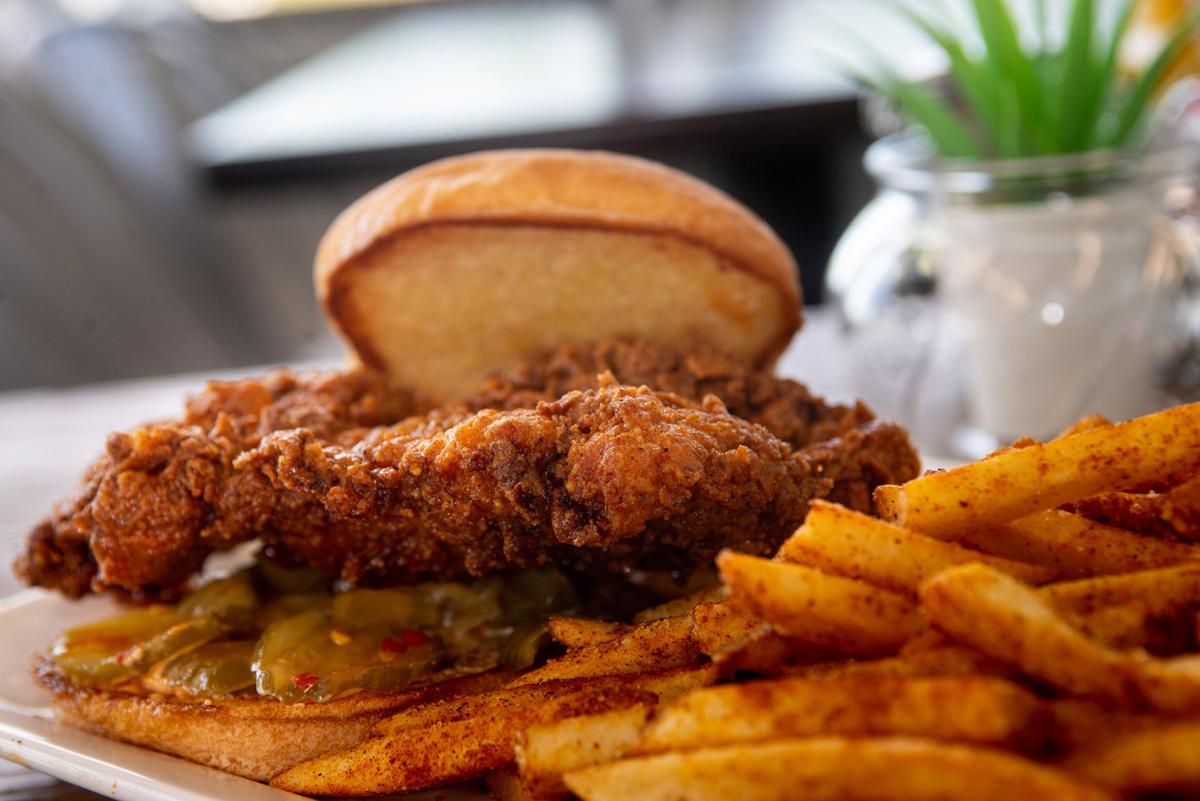 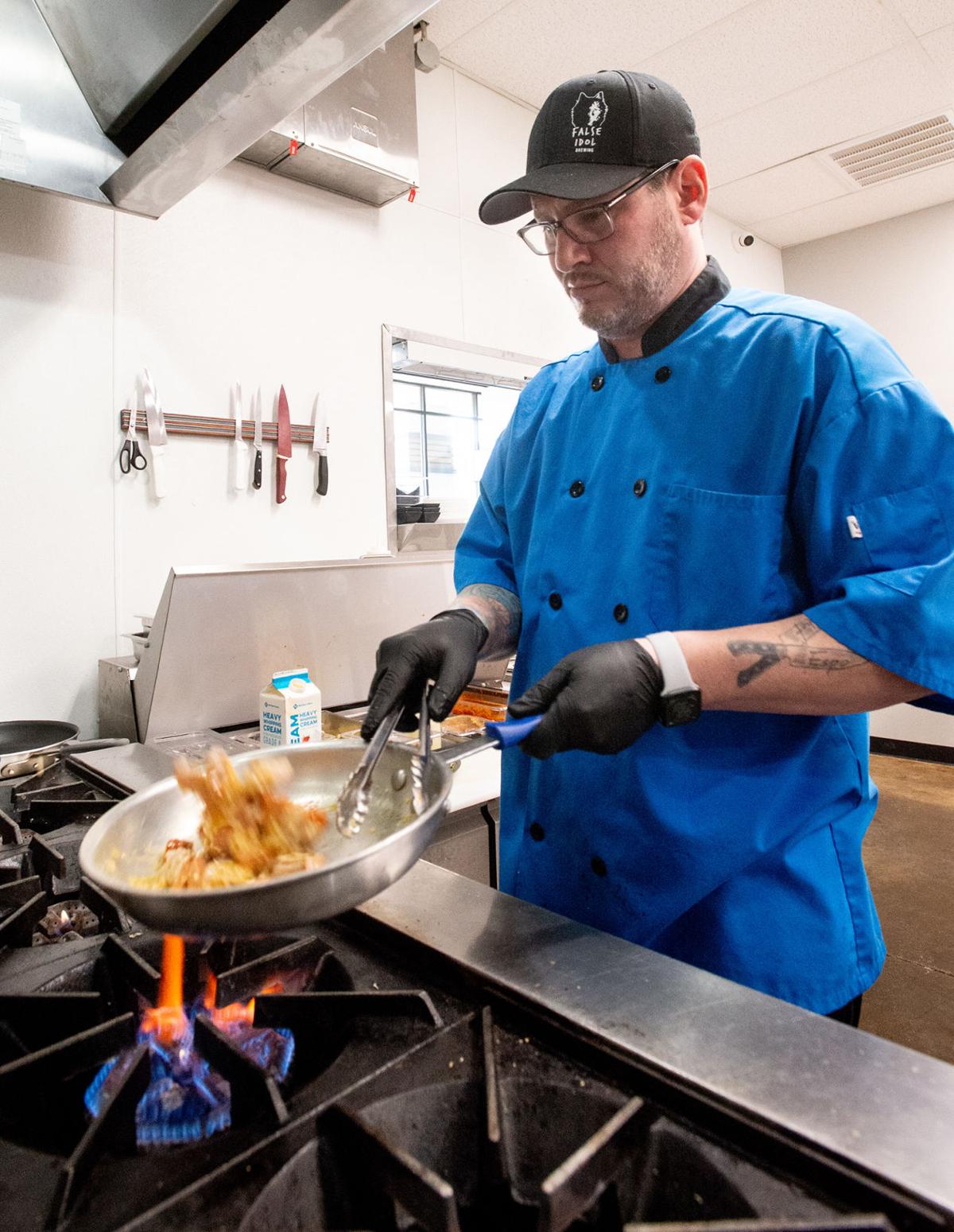 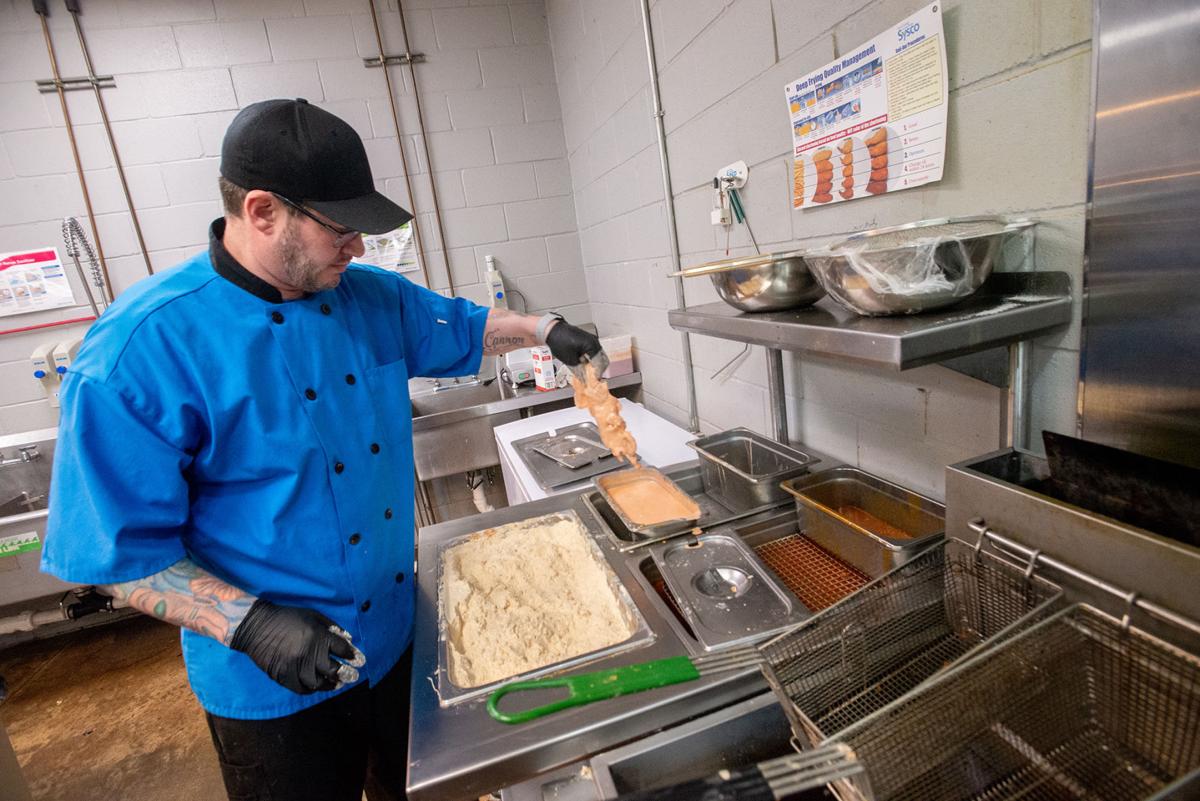 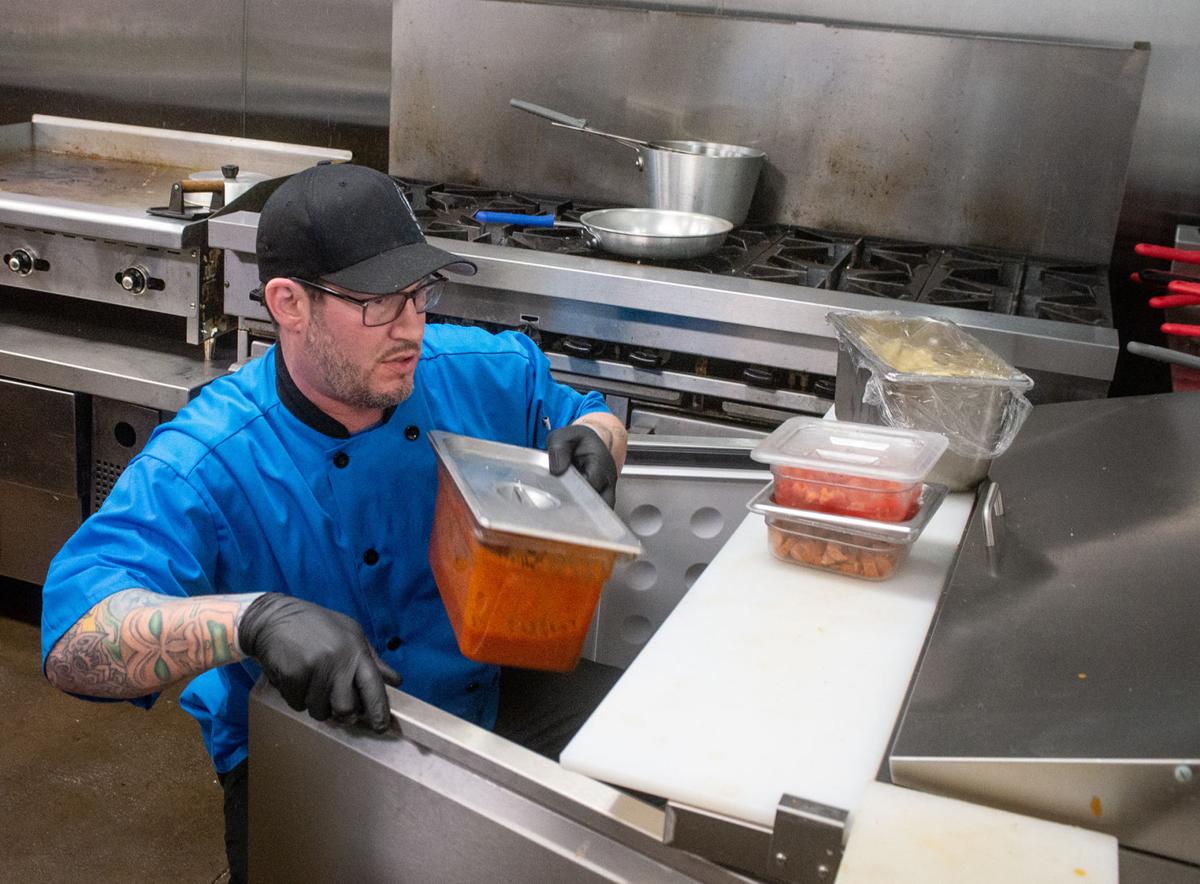 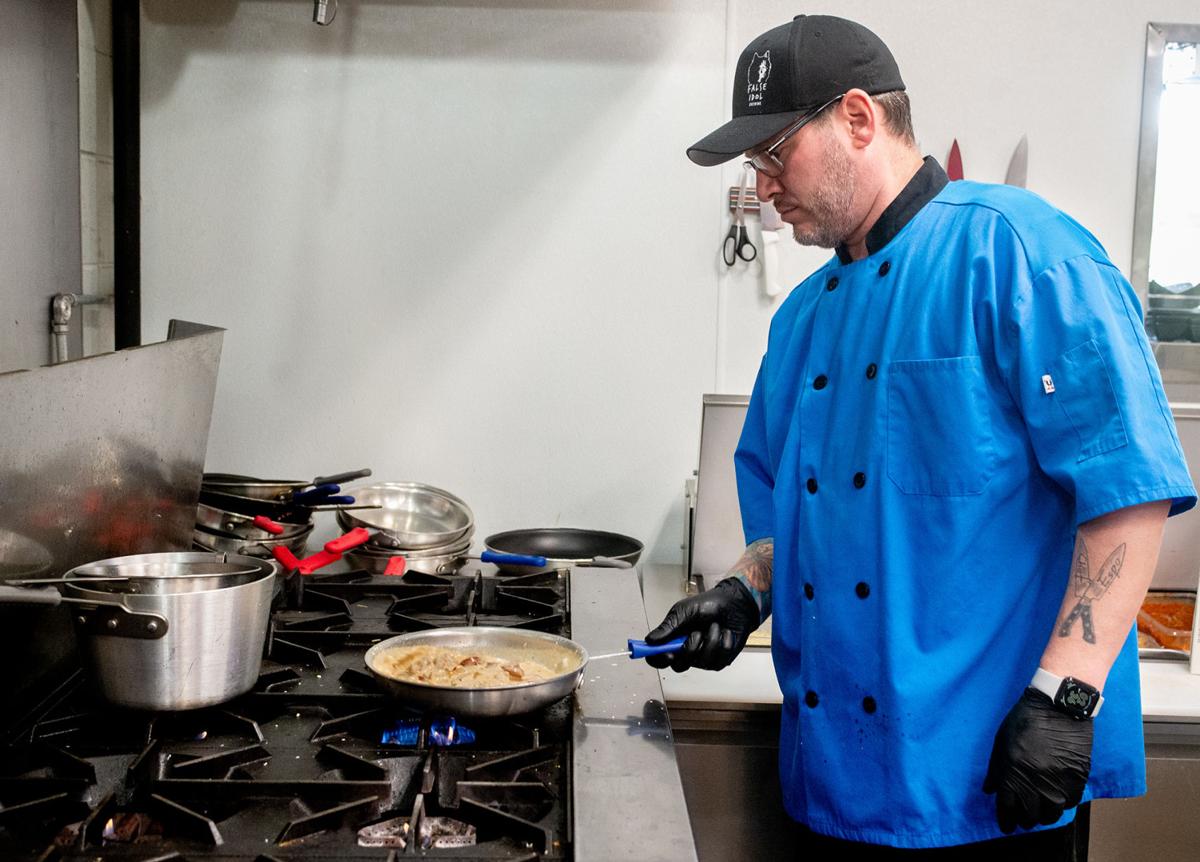 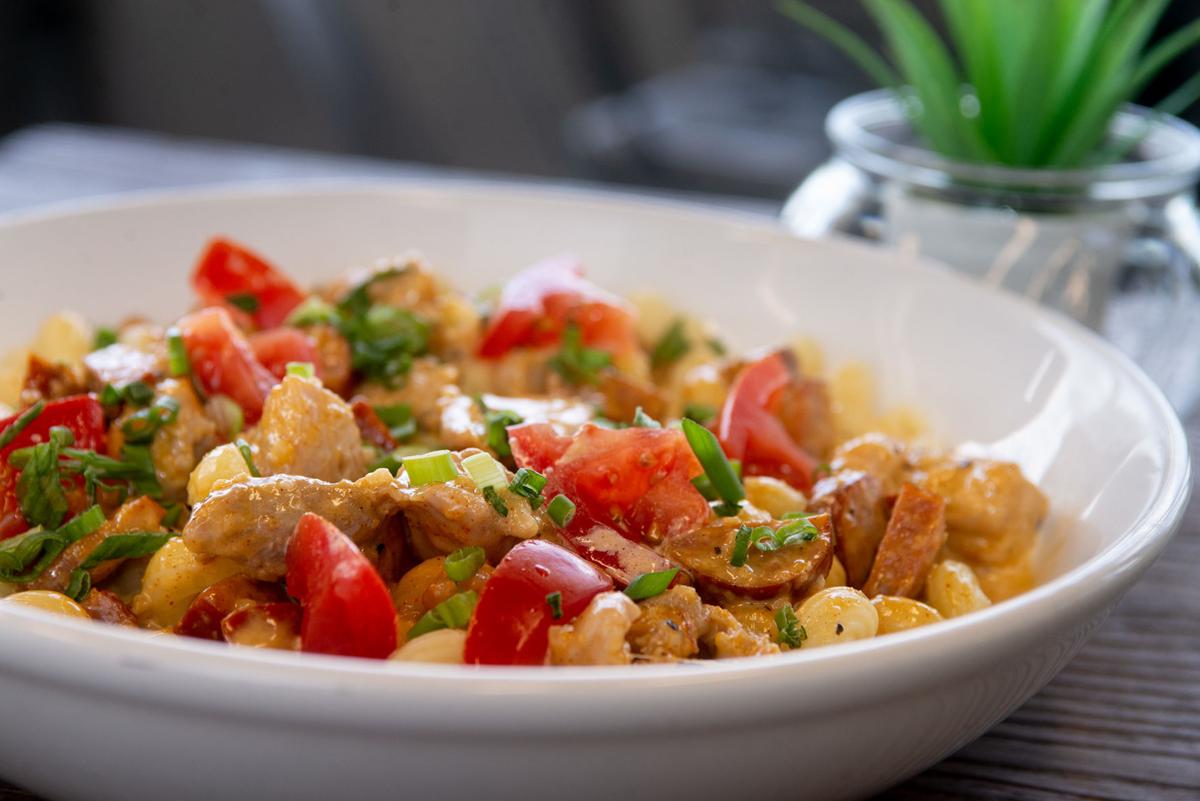 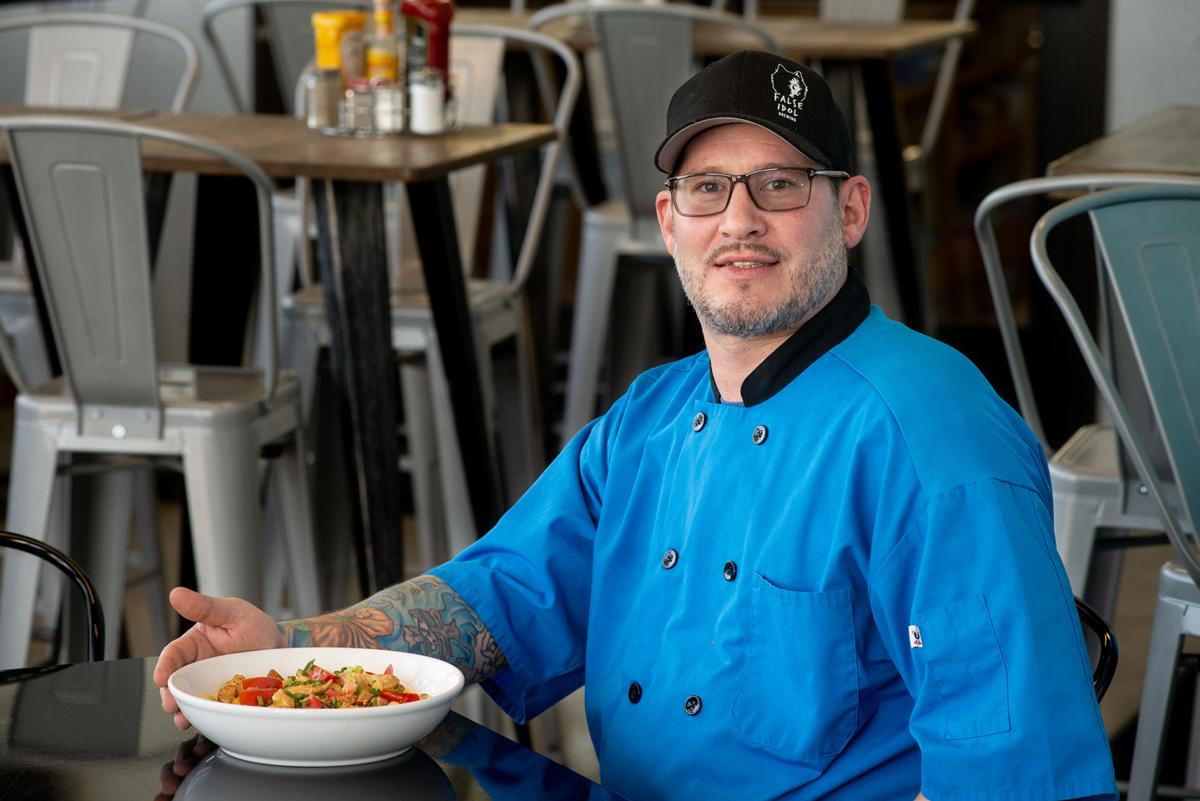 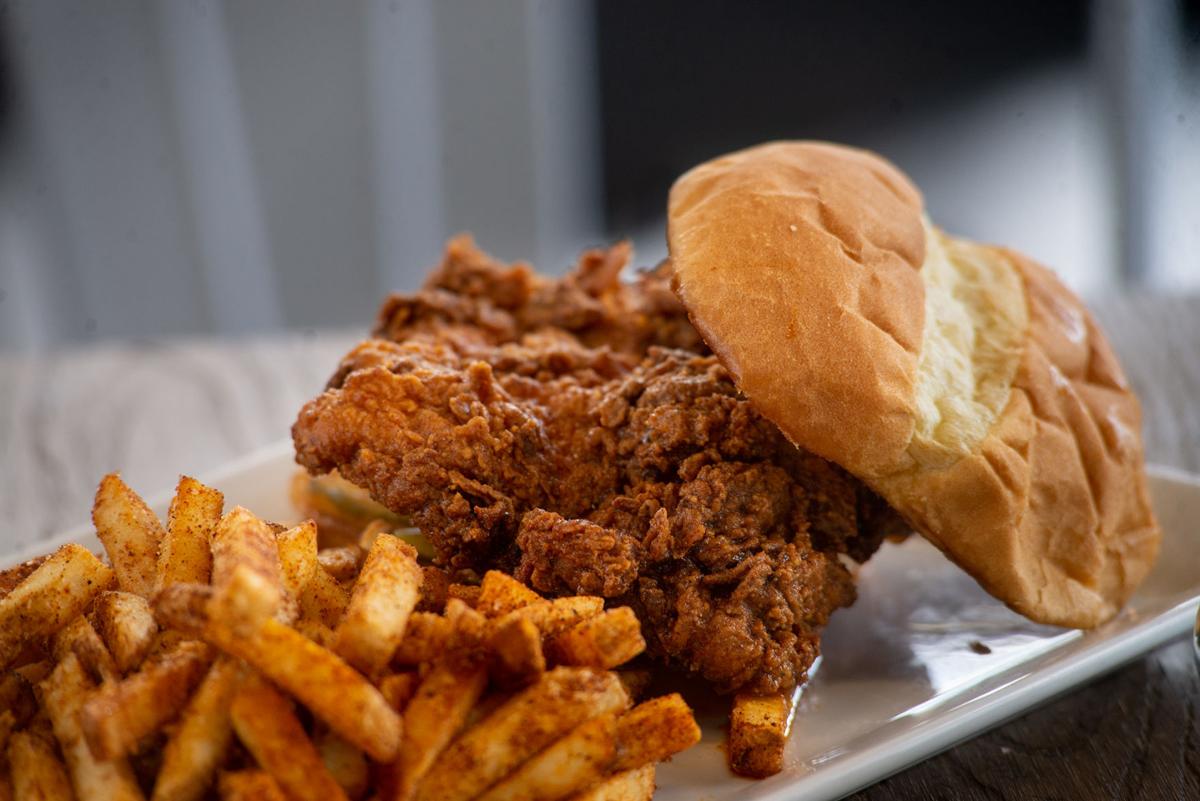 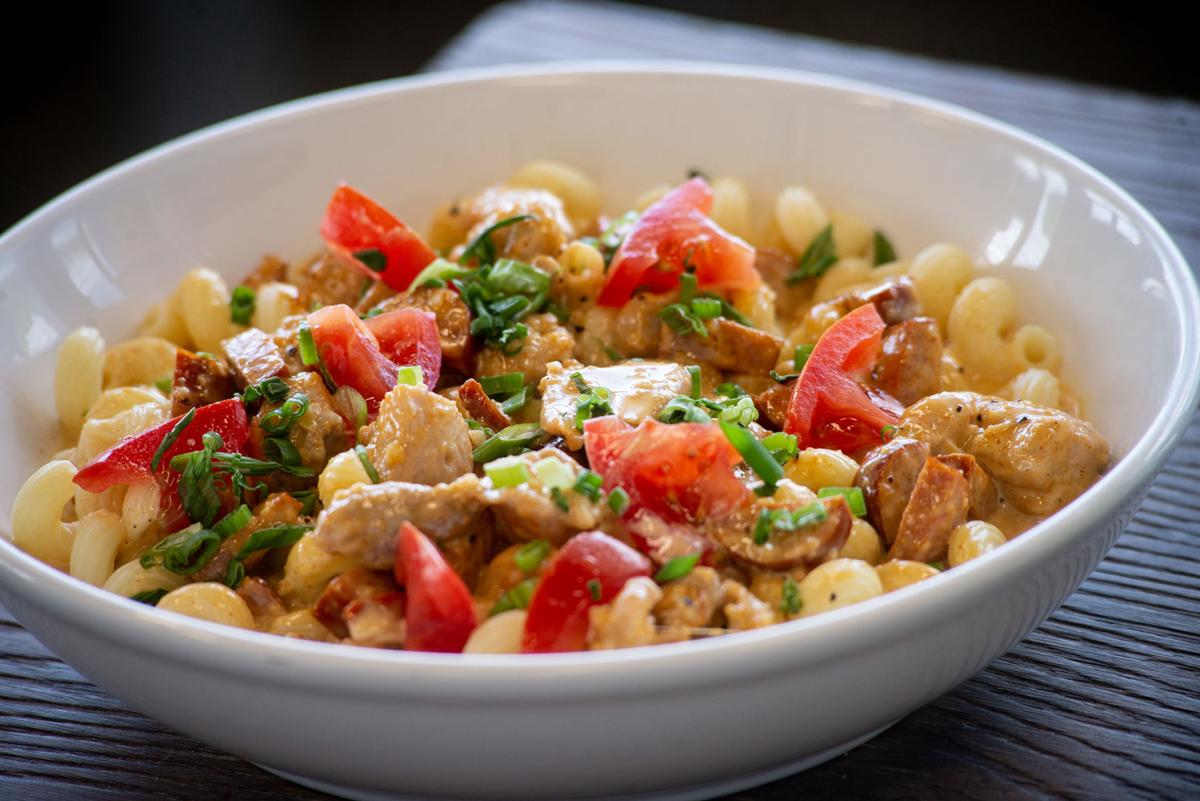 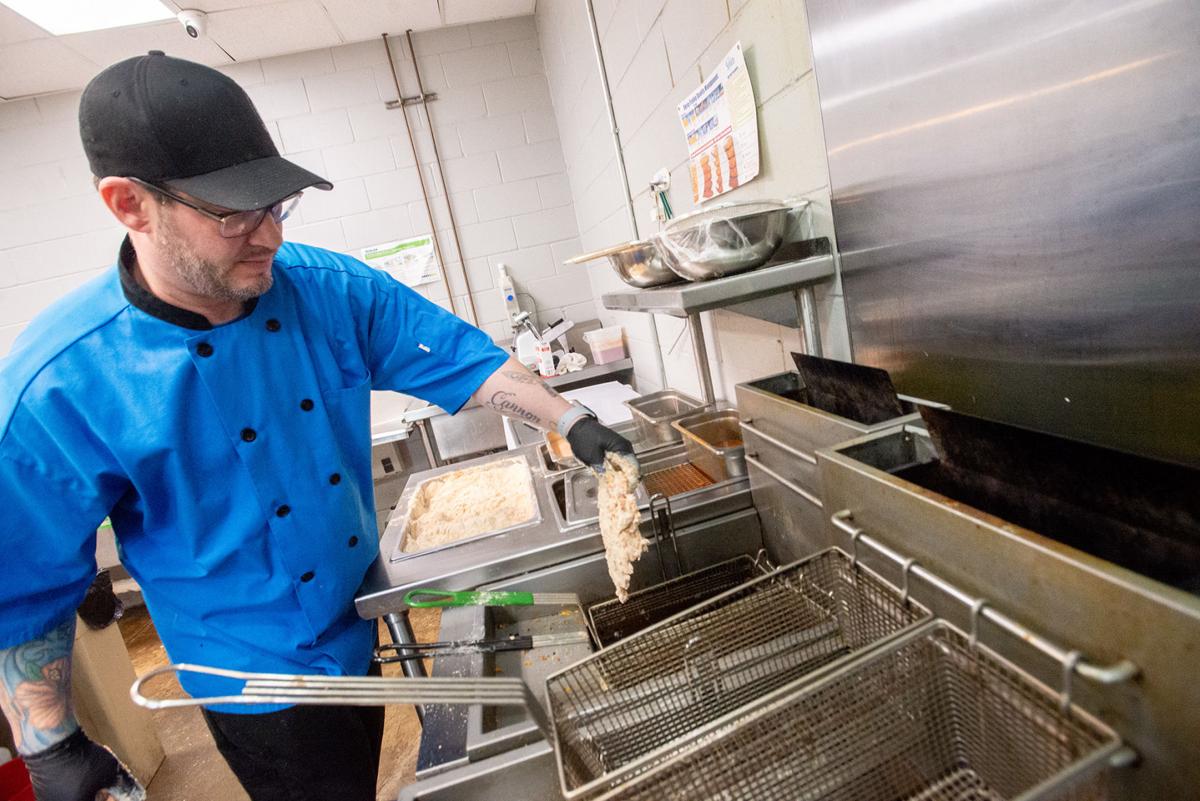 On a recent, late-spring evening in Longview, the breezy patio at Scotties Bistro was packed.

Well, at least by social-distancing standards.

A pandemic hasn’t stopped patrons from flocking to Longview’s newest eatery, which opened up just a month before everything shut down. But the minute Texas Gov. Greg Abbott allowed restaurants to reopen, Chef and co-owner Ronnie Esposito was cranking out his quirky culinary masterpieces for curbside delivery and take-out.

There’s the lobster roll, which sells out every time it’s on the menu. Chef Ronnie has even had to leave in the middle of a service to restock his lobster for this customer favorite.

Then there’s the chicken tikka masala soup, Ronnie’s brainchild when he reinvented the ubiquitous Indian favorite into a savory soup.

“Ronnie doesn’t like to cook the same thing every day and that fits right into my concept of what Scotties Bistro was going to be,” said co-owner Krupal Patel.

Krupal and Ronnie met several years ago, when Ronnie was a representative for a craft beer company out of the Metroplex.

Also the owner of Scotties, Menchie’s Yogurt and Scotties 2.0, Krupal eventually hired Ronnie to order his selection of craft beers for his establishments. When the space for what is now Scotties Bistro became available to repurpose into a new restaurant, the pair joined forces.

Ronnie’s storied culinary background had prepared him well for this partnership.

Raised in an Italian household in New York, he built his culinary chops in the kitchen with his mother and grandmother. When his father moved to Arlington and opened a restaurant there, Ronnie would visit for summer vacations and work for his dad, starting out as a dishwasher and moving up the ranks.

“I was hired and fired more times than I can remember,” Ronnie laughed.

Once he got to spend time in the kitchen, he knew he wanted to cook.

He went to work at Long Island’s The Garden City Hotel in its five-star restaurant, honing knife skills, learning the mother sauces and working with some of the best chefs in the country.

“That was the place that really molded me,” he said.

He spent time in the kitchen at the eponymous Tavern on the Green. He can include Oyster Bar and the New York Yankees Steak House on his impressive resume. He opened The Mussel Pot in Greenwich Village and was given accolades by the New York Times for his venture.

His path led him to meeting his wife, Kerri Woods Esposito, and moving to Longview, where he “jumped” at the opportunity to open a restaurant featuring multicultural cuisine with his friend Krupal.

“I don’t cook one cuisine; I cook them all,” he explained.

From burgers to steak to hot dogs to freshly baked naan, you don’t always know what will be the daily special at Scotties Bistro, but you do know it will be delicious.

“People like when there’s something new and creative on the menu and they get that every time they eat here,” Ronnie said.

He likes to focus on elevating local, fresh ingredients.

He sources his meats from Skinner’s Grocery in Longview and will shop at the local farmer’s markets as soon as they open.

“I like to bring freshness and new direction to people’s palates,” he said.

Which was exactly what Krupal had envisioned with the Bistro.

“Multicultural cuisine makes us stand out in Longview,” Ronnie said.

“It’s the best of both worlds,” Krupal agreed.

But when it comes to eating on his own, “I’m a steak and potatoes guy,” Ronnie admitted.

While he can’t pinpoint his own dream meal (he pretty much cooks them each day), he will try lasagna anytime it’s on a menu and he can’t pass up good seafood.

That pretty much says it all.