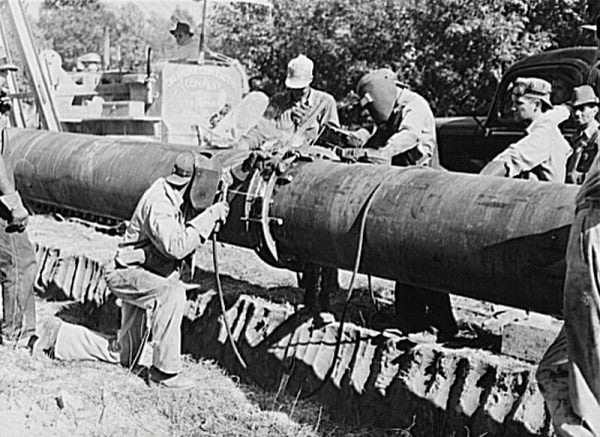 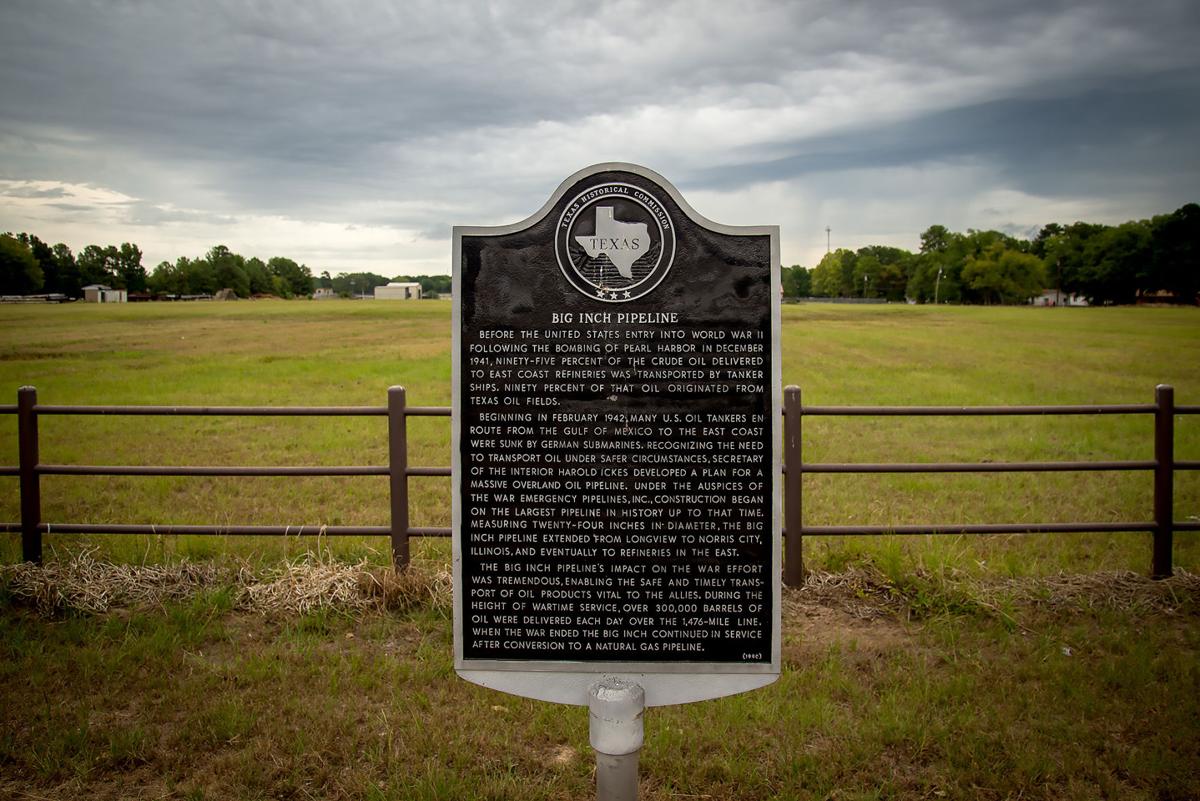 They called it the “Big Inch,” but it was actually 24 inches in diameter, the biggest oil-carrying pipeline ever when built during World War II.

Being the biggest, it naturally began in Texas – Longview, as a matter of fact – then traveled through Arkansas, across the Mississippi River into southern Illinois, Indiana and Ohio before ending in Phoenixville, Pennsylvania.

The pipeline was crucial to the U.S. and Allies’ plans to win the war. It was desperately needed, as German submarines sank oil tankers by the dozen in the months after the Japanese attack on Pearl Harbor.

From January through early August 1942, U-boats destroyed 22 percent of the U.S. tanker fleet, according information on the New England Historical Society website. In those days, tankers supplied virtually all the oil used by industries in the Northeast.

The East Texas Oil Museum and the Gregg County Historical Museum are planning an event to commemorate the 75th anniversary of the Big Inch’s completion. A specific date and time has not been announced.

“World War II was a war of oil,” Don E. Carleton wrote in his 1998 biography of East Texas oilman Jubal Richard “J.R.” Parten. As head of transportation in the Petroleum Administration for War, Parten oversaw construction of the Big Inch, according to the Texas State Historical Association.

“The seamless pipe, delivered in sections 40 feet in length and weighing 2 tons, had to be welded together, placed in the ground and buried. In good weather and favorable terrain … crews laid as much as 9 miles of pipe a day.”

The first crude oil arrived at the end of the first segment in Norris City, Illinois, on Feb. 13, 1943. By Aug. 14, 1943, the Big Inch was completed, according to the Texas State Historical Association. That’s more than 1,400 miles of pipeline built in a little over a year, through territory containing the widest river in the country and the Appalachian Mountains.

“I was fascinated by this,” she said. Longview was the pipeline’s starting point because the city was “the center of the pipelines and refineries. We were the financial and transportation hub of the East Texas oilfield.”

Yet the idea of notoriously ornery wildcatters and independent oilfield folk partnering with the federal government to build a giant pipeline across half the country “looked like a nightmare” on paper, Fish said.

“A pipeline across seven states? And uphill?” she said with skepticism.

“They had to beg, borrow and steal to get the materials. And they had to recruit and train a workforce,” Fish said.

Yet these obstacles were overcome, and the Big Inch proved its worth.

According to its Texas State Historical Marker, at 3112 Martin Luther King Jr. Boulevard:

“The Big Inch pipeline’s impact on the war effort was tremendous, enabling the safe and timely transport of oil products vital to the

Allies. During the height of wartime service, over 300,000 barrels of oil were delivered each day over the 1,476-mile line.”

The pipeline’s construction intrigued Fish so much that she wrote “The Big Inch: A Novel.” In it, undercover agents with the U.S. Office of Strategic Services work to protect the pipeline and the people responsible for its construction from German spies.

Fish is looking forward to participating in a panel discussion about the Big Inch and its impact in the event being planned to mark the pipeline's significance.

The panel will feature people who have researched “the game-changing pipeline and the elements that came together to make that crazy, big idea actually work,” Fish said.

The foremost member of the panel is planned to be Carleton, Parten’s biographer and a noted Texas historian. Carleton is currently the executive director of the University of Texas at Austin’s Dolph Briscoe Center for American History.