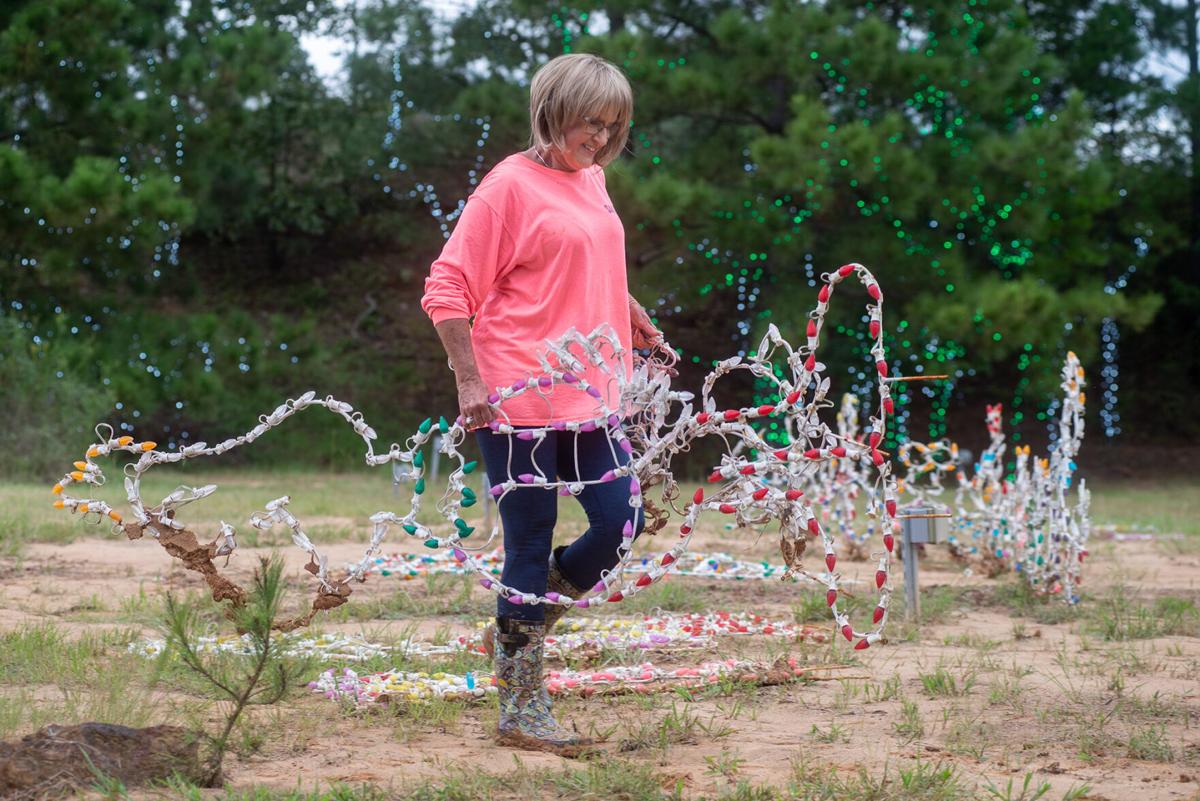 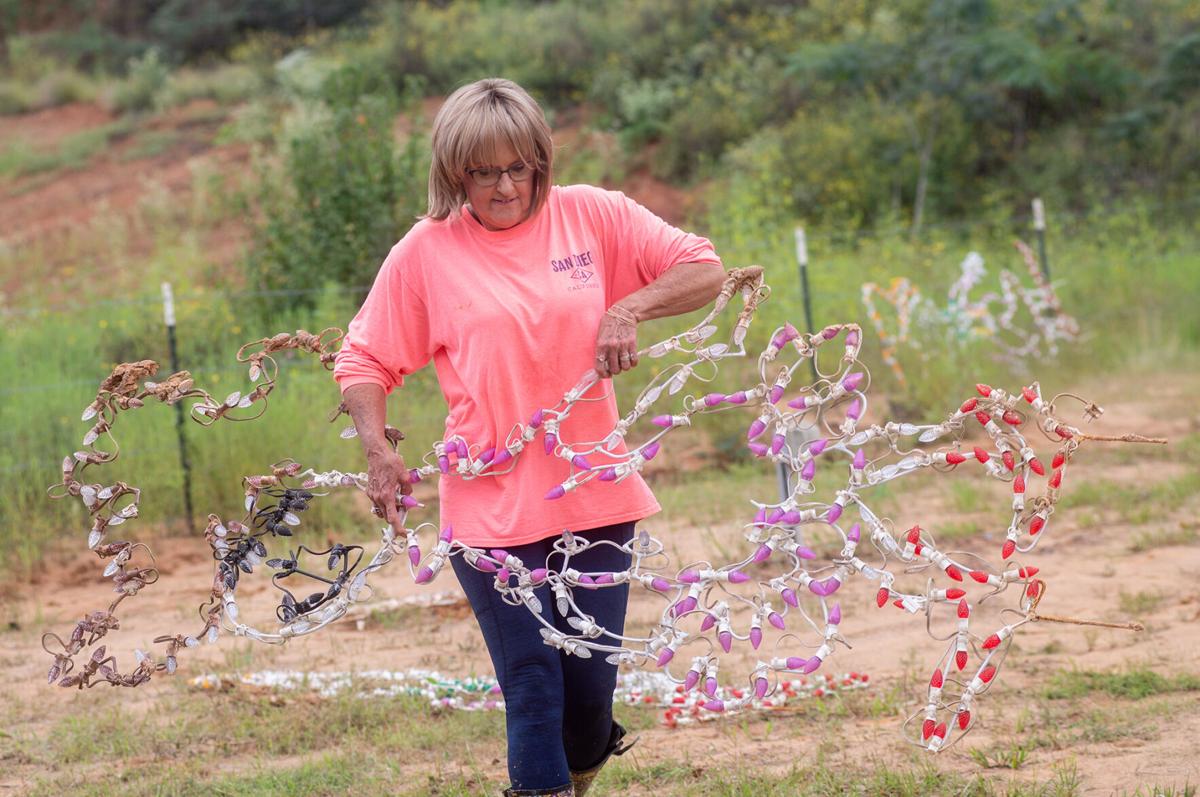 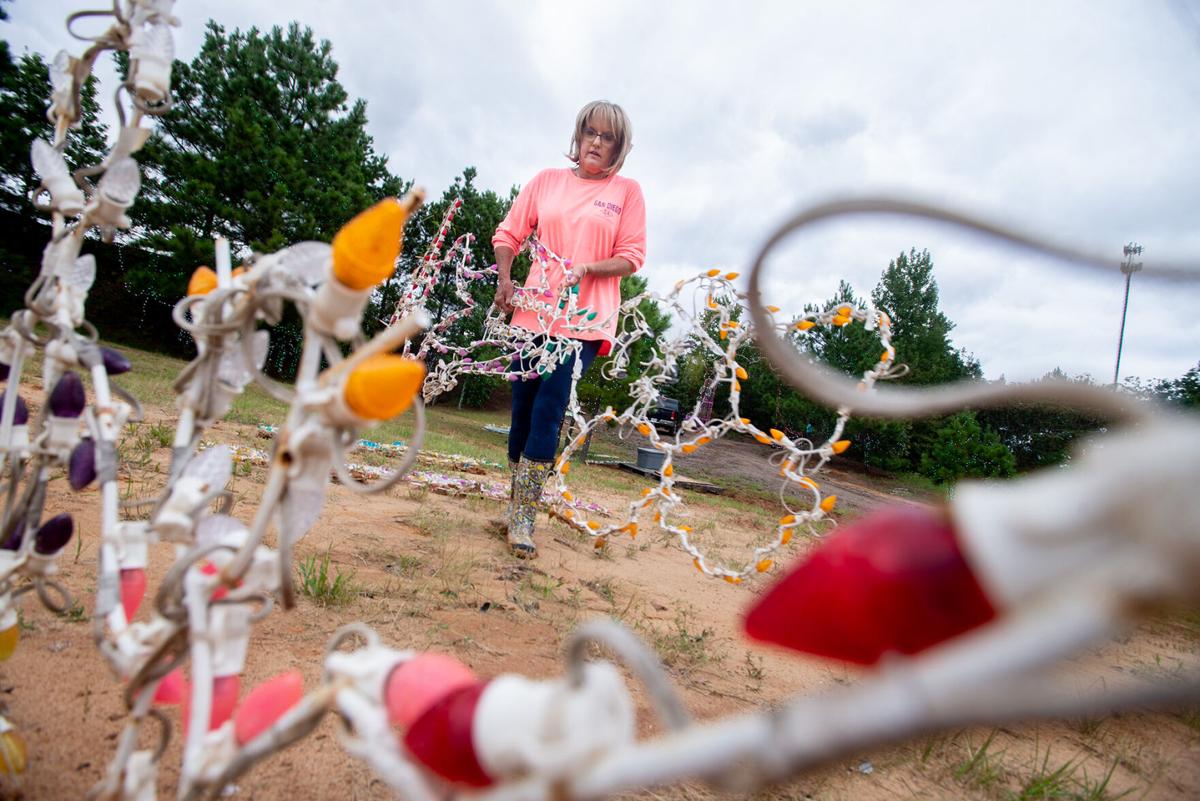 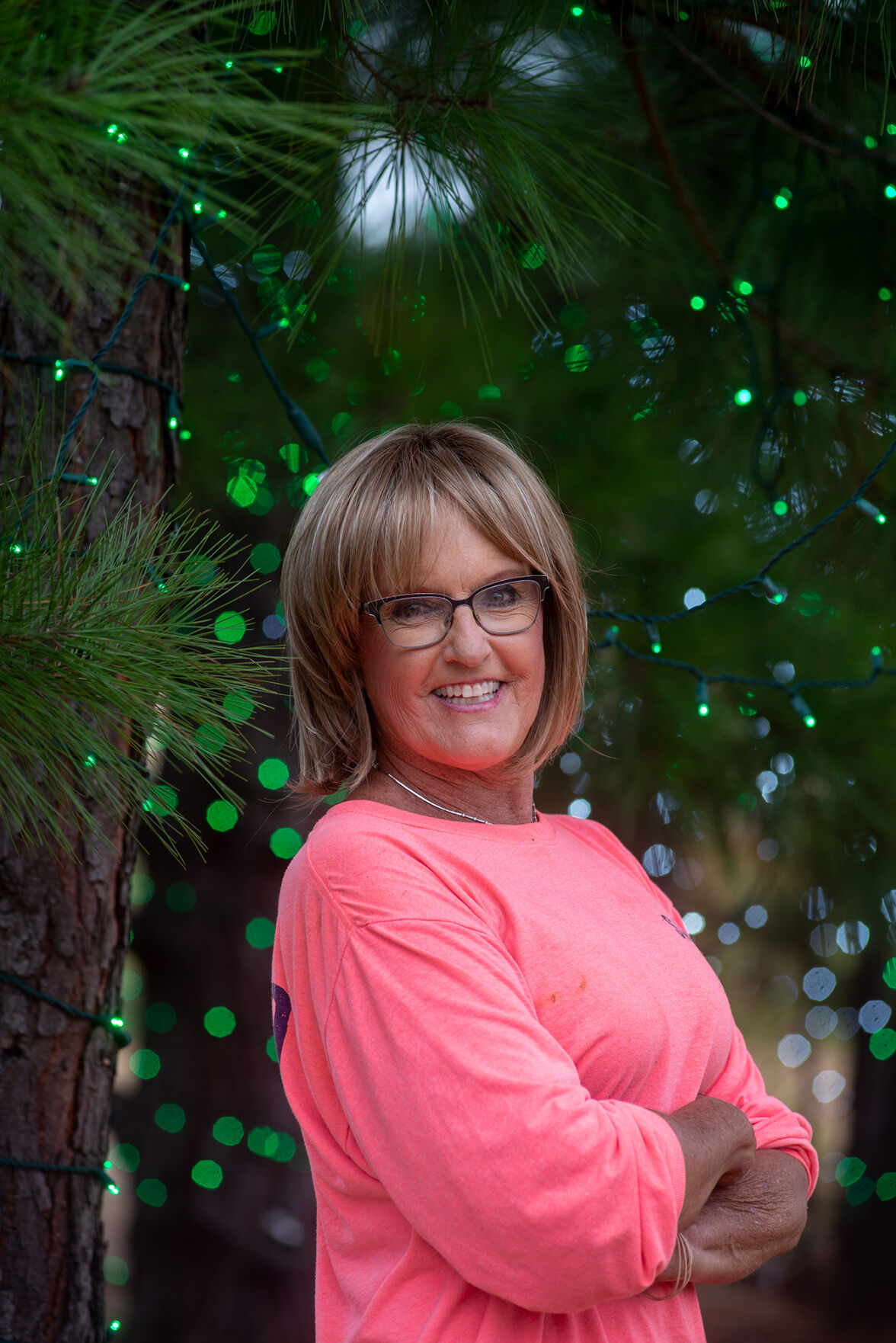 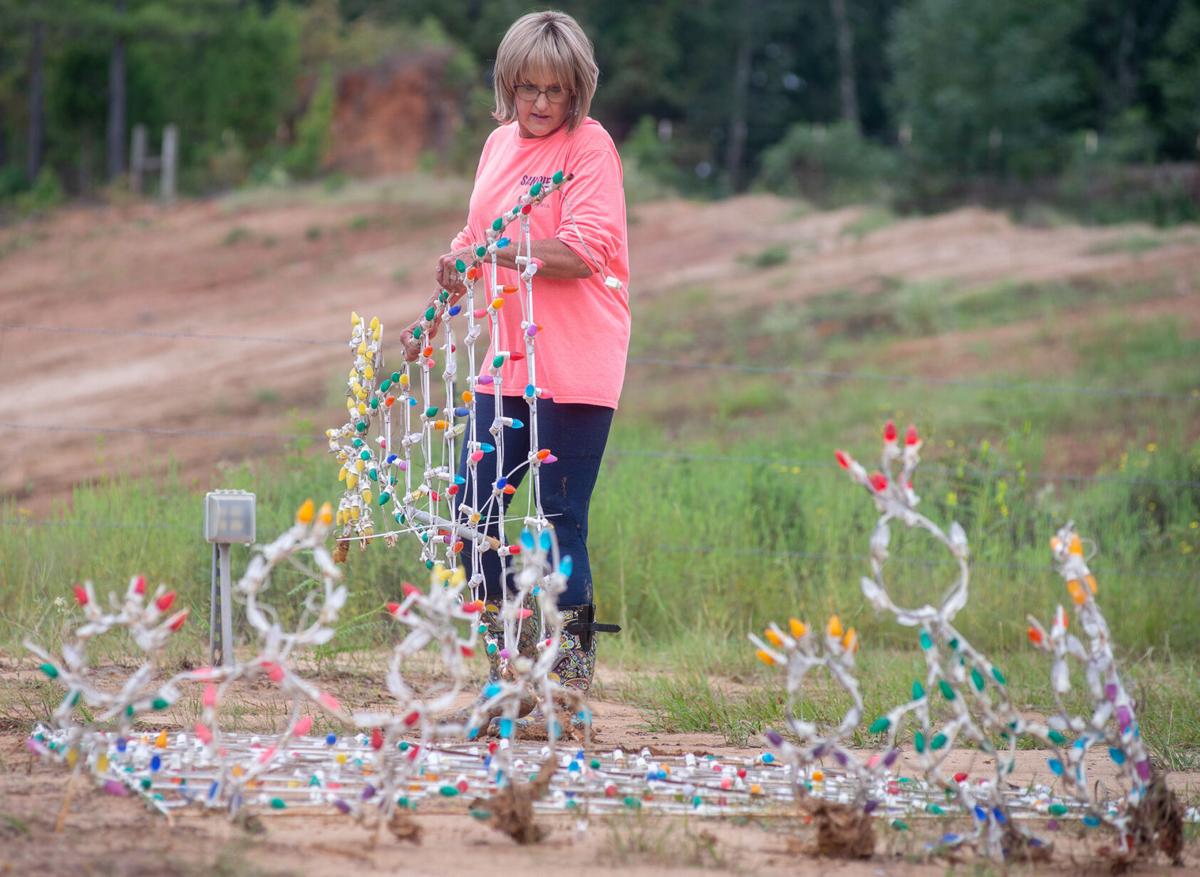 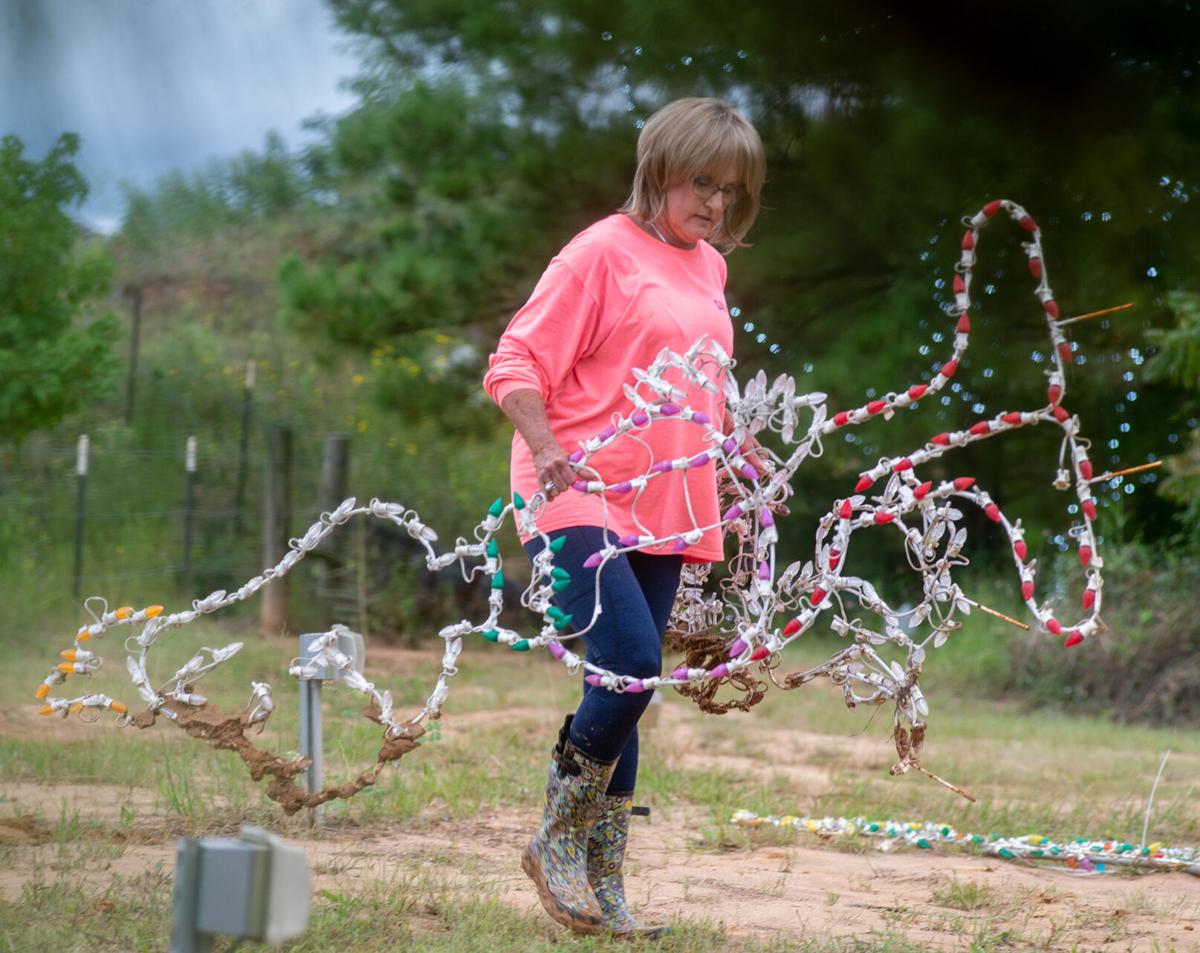 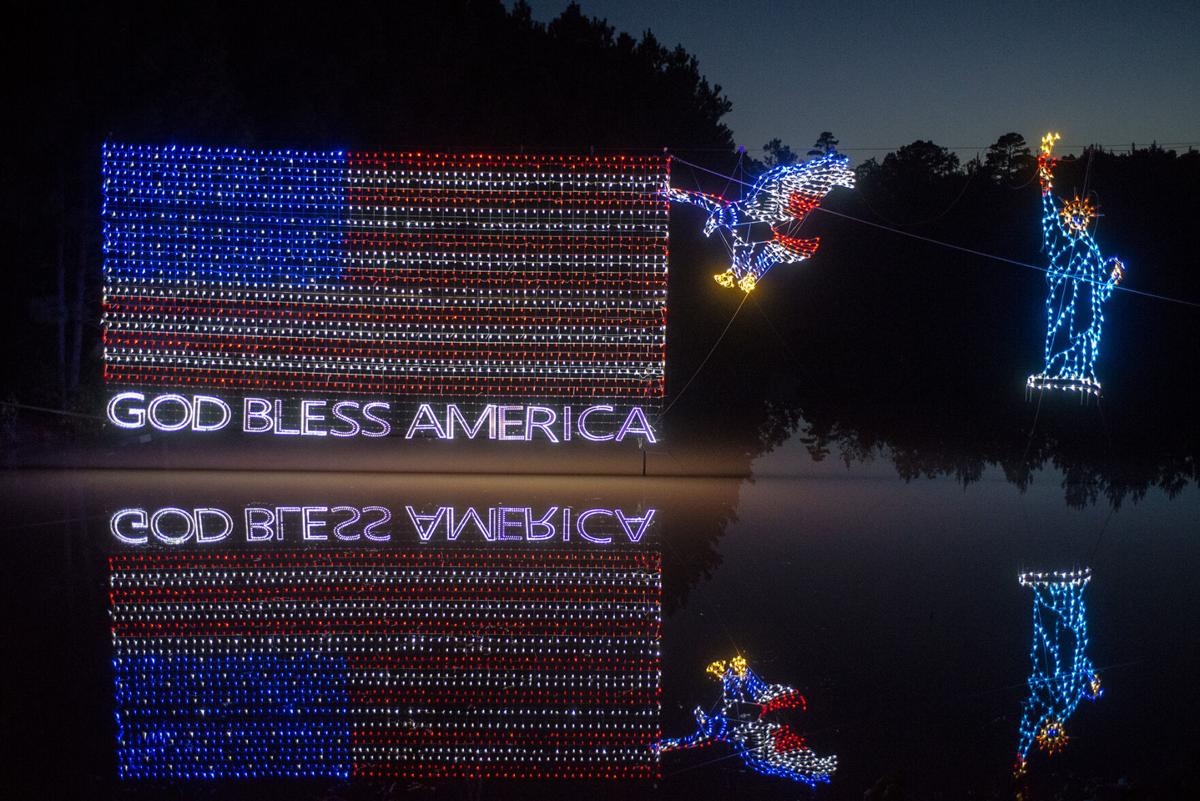 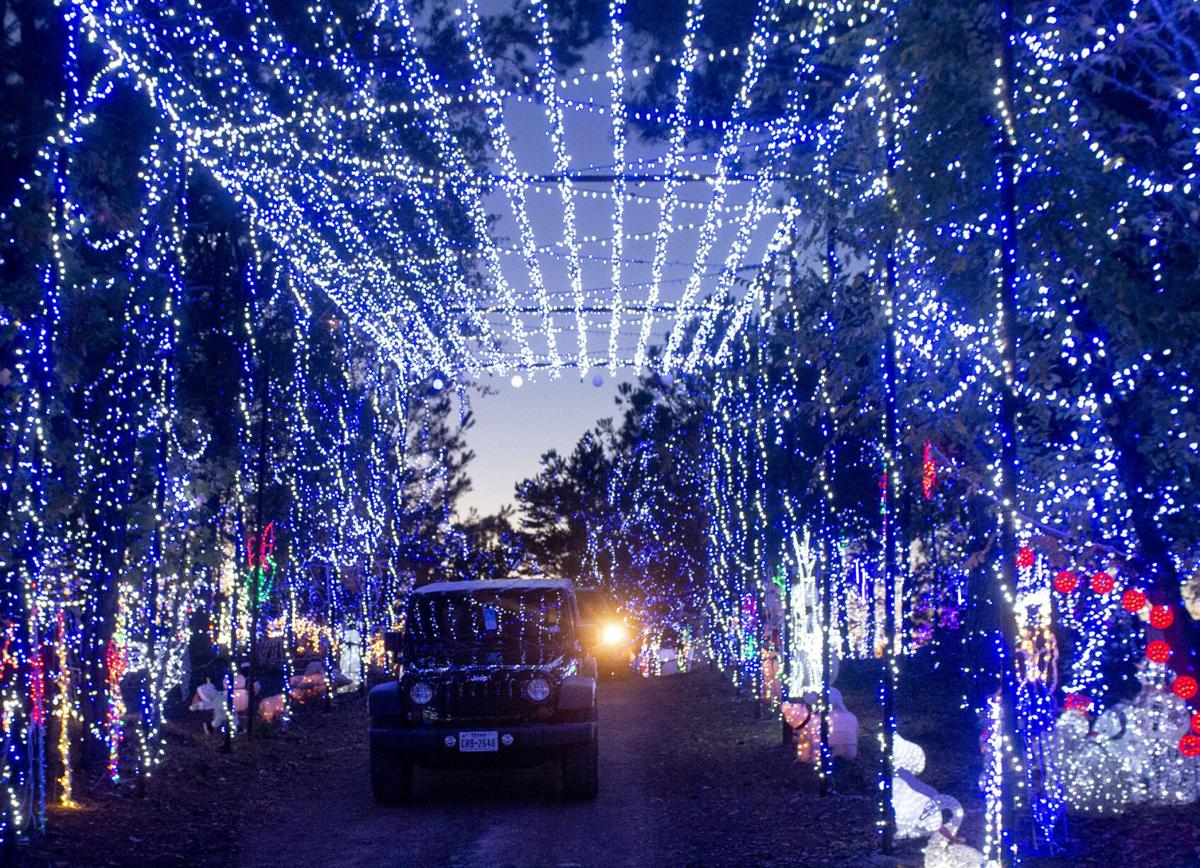 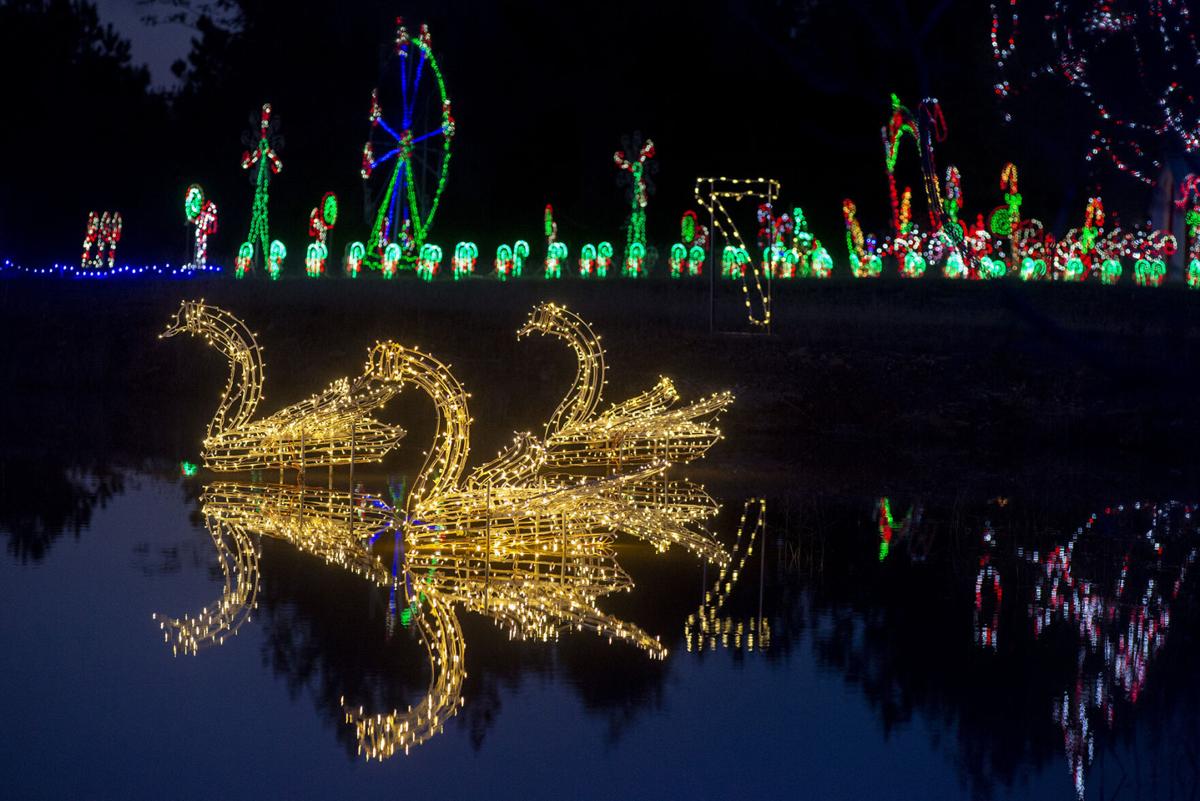 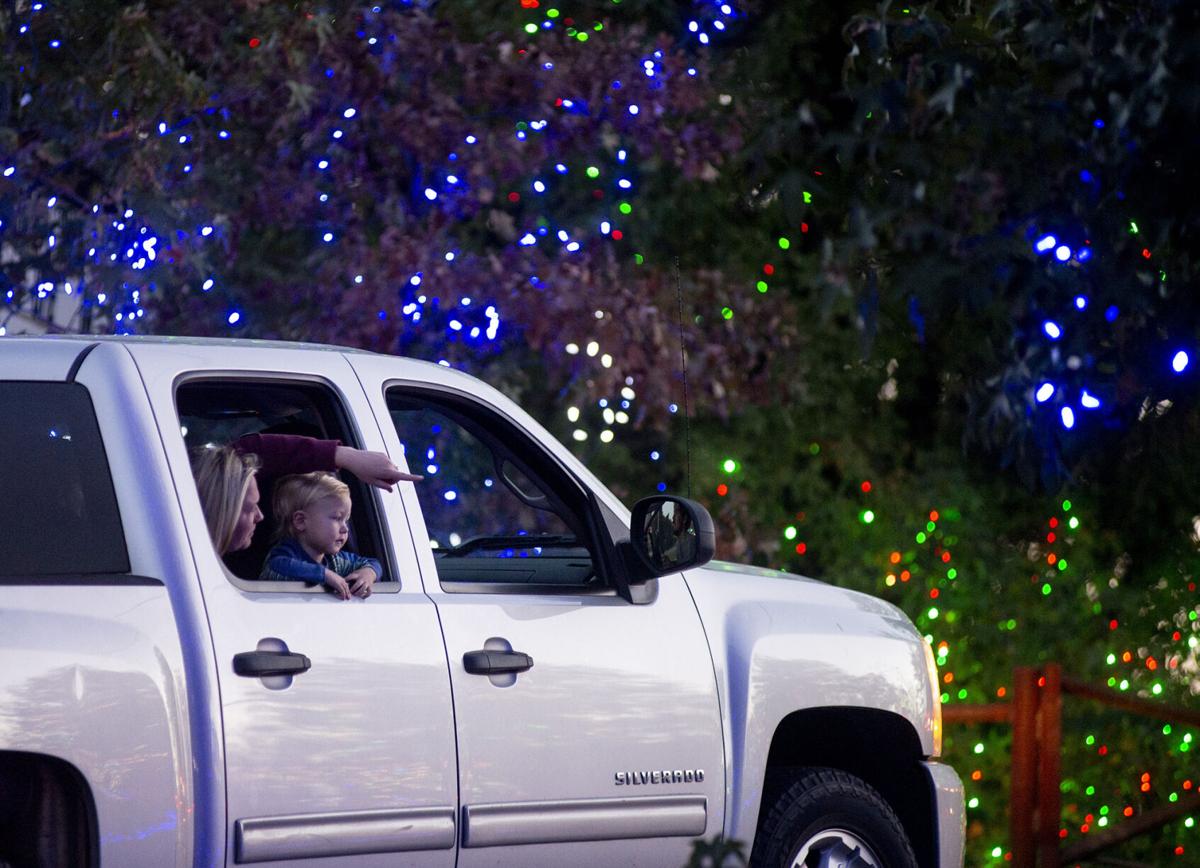 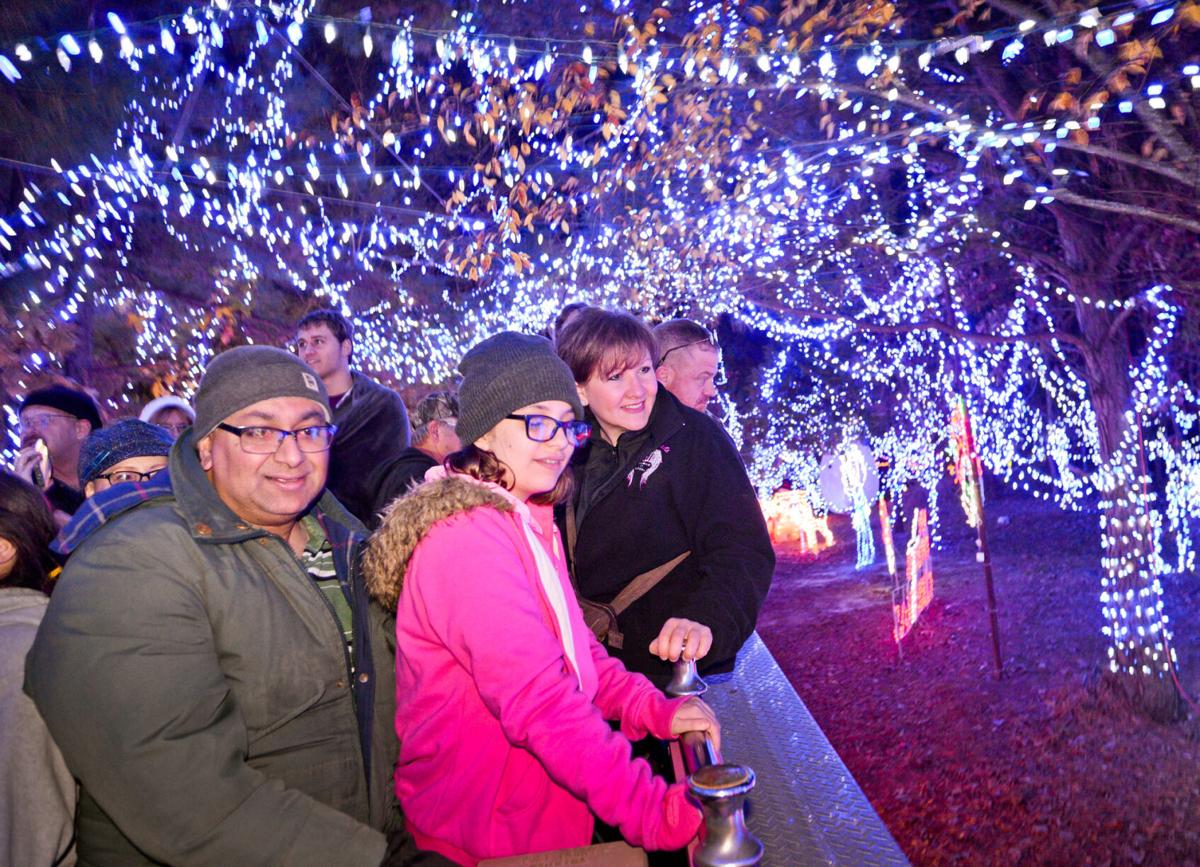 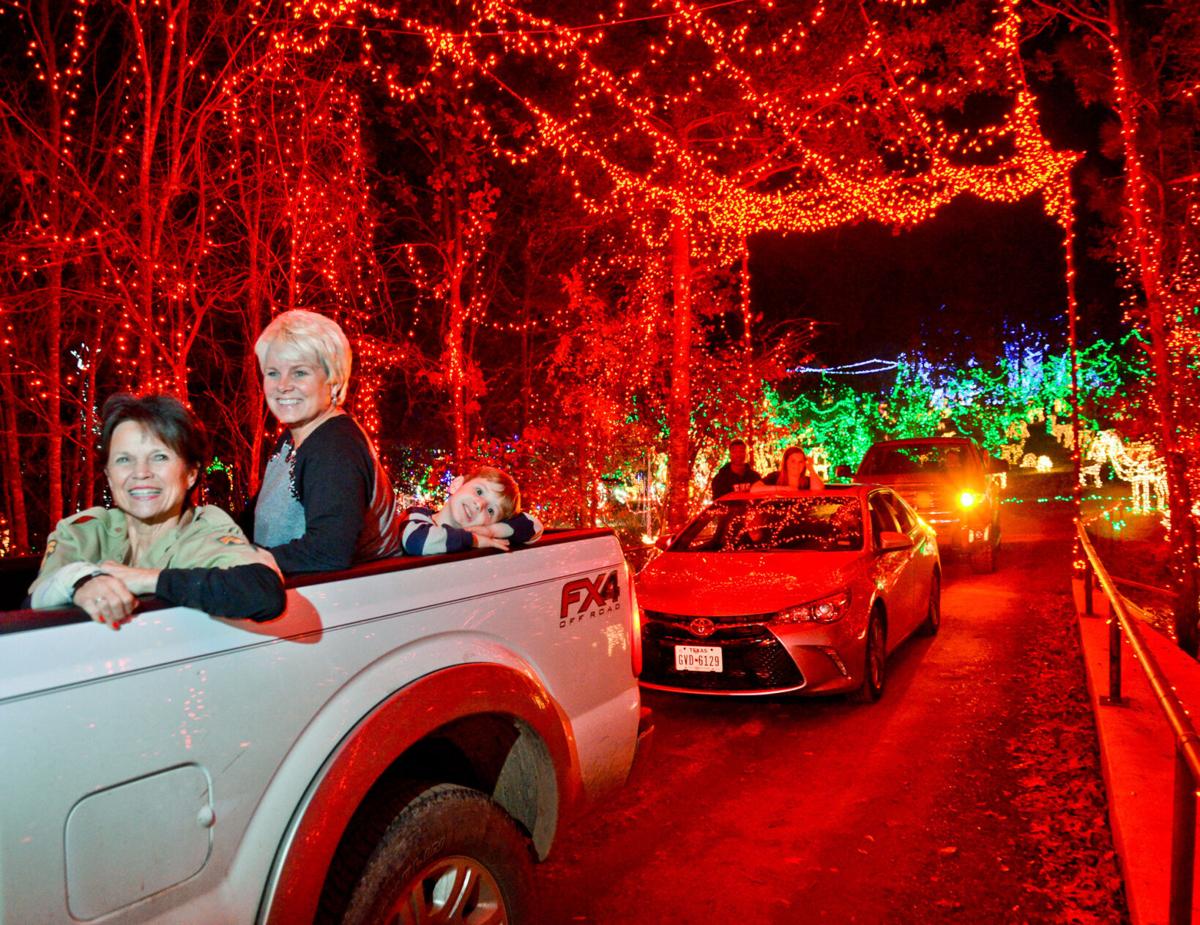 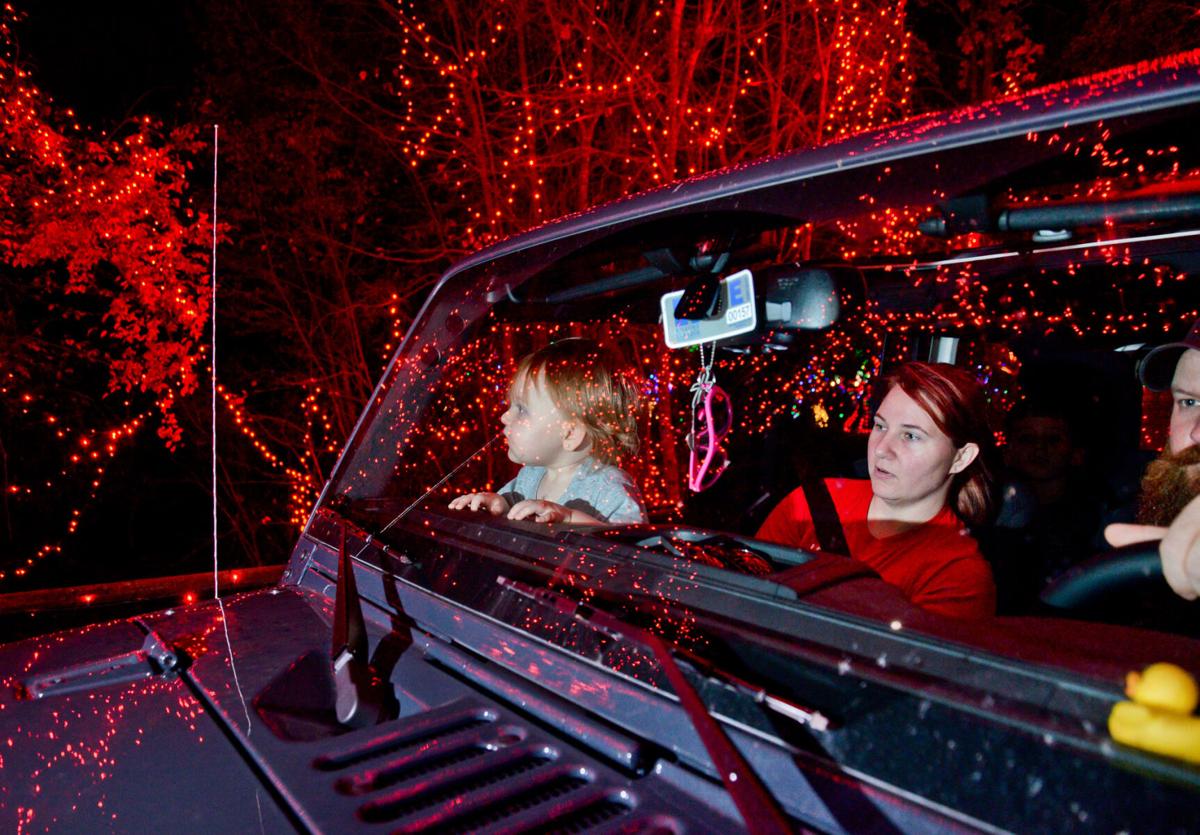 Carmela’s Magical Santa Land on U.S. 259 will not be shut down by the Corona virus and this year will shine brighter than ever.

The mental distress brought on by almost everything shutting down for months had people asking Carmela Davis if she could open her mile-long Christmas display back in the spring, she said.

“They wanted us to open in April, but they didn’t know we take all the lights down. It can get windy, it can get nasty,” said Davis, a certified public accountant, community volunteer and creator of Carmela’s Magical Santa Land. “Plus, we want to make sure we put them in different spots and change it up a little every year. This makes it fun, and there is so much that most people have to go through it twice.”

This year, the new element will be “Toy Story” characters, located near the end of Carmela’s Magical Santa Land.

Most of the characters in the display are handmade by a welder. Then the lights are added.

“We are adding a Minion house too,” Davis said. “We don’t want people to feel like they have seen it all before.”

The light display on U.S. 259, north of Bar K Ranch, was originally in Davis’ yard, but it outgrew itself and the neighbors eventually complained about the traffic coming through to see the light display. The display has been on U.S. 259 for five years and continues to grow.

The final year the display was at Davis’ home, her display was featured on “The Great American Christmas Light Fight,” on ABC.

Davis said part of the reason she decided to put together such a grand display of lights is because she remembered how much lights and the Christmas spirit had helped her when she was trying to get her bachelor’s of accounting in three and a half years from what was then North Texas State University.

“That last semester I would just sit and look at the lights I had put up,” she said. “So many people lose that spirit of Christmas and I don’t want them to.”

Because everyone cannot afford to put up lights, they can still come to Carmela’s Magical Santa Land to discover the wonder and awe of something they certainly don’t see every day. Admission is free to the drive-through display, but donations are appreciated as costs to operate it are significant.

“Some people don’t have very much to spend,” Davis said. “We just pray every year to get enough donations to break even but so far that hasn’t happened.”

But Davis somehow keeps the lights twinkling at her Santa Land. This year the display opens Nov. 6 through Jan. 3 every night rain or shine, from 5:30-10 p.m. Sunday through Thursday and 5:30-11 p.m. on Friday and Saturday.

A night for special needs individuals will be 5-8 p.m. Nov. 5. The night includes hot chocolate and cookies with Santa.

Longview Ambucs Too will host a fundraiser to help provide AmTrykes, adaptive tricycles for people with disabilities. The walk takes place from 5-7:30 p.m. on Nov. 4. For more information, visit http://getmeregistered.com/trekfortrykes or email Davis at cpa@cldcpa.com.