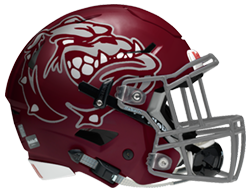 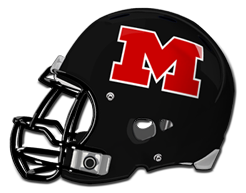 JEFFERSON — The Jefferson Bulldogs overcame an 18-0 halftime deficit, rallying for a 35-24 win over the Hughes Springs Mustangs on Thursday in the KYKX Game of the Week at W.F. Lockett Stadium.

Kamran Williams carried 15 times for 120 yards and a touchdown and Chris Bowman caught a TD pass and rushed for one score as Jefferson moved to 3-1 on the season.

Hughes Springs drops to 0-4 with the loss.

Trevor Bolden, who carried 28 times for 112 yards and three touchdowns, put Hughes Springs on the board at the 1:59 mark of the first quarter with a 4-yard touchdown run. The try for two failed.

Jefferson got on the board with a 9-yard touchdown run by Erik Burns at the 4:57 mark of the third quarter to make it an 18-7 game after Domonik Rivers’ extra point, and the Bulldogs used a 26-yard TD pass from Burns to Bowman with 1:14 left in the quarter to pull the Bulldogs to within five points at 18-13.

The homestanding Bulldogs took their first lead of the game at the 10:44 mark of the fourth quarter on a 2-yard run by Bowman and and the PAT by Rivers to go in front 20-18, and extended the lead wit ha 10-yard TD run by Williams four minutes later. Bowman hit Anthony Flenoury for the 2-point conversion and a 28-18 lead with 6:19 to play.

Kenneth Ross got into the scoring act for Jefferson three minutes later, blocking a punt, picking it up and racing 17 yards for a TD and a 35-18 Bulldog lead.

Jefferson will take on Centerville at 2 p.m. on Sept. 24 at the Tomato Bowl in Jacksonville. Hughes Springs will host Harmony on Sept. 23.