You are the owner of this article.
Edit Article Add New Article
You have permission to edit this article.
Edit
Welcome, Guest
Home
Sports
Schools
Stats
The Zone
Columns
Photo Galleries
Pro
Player of the Week
1 of 3 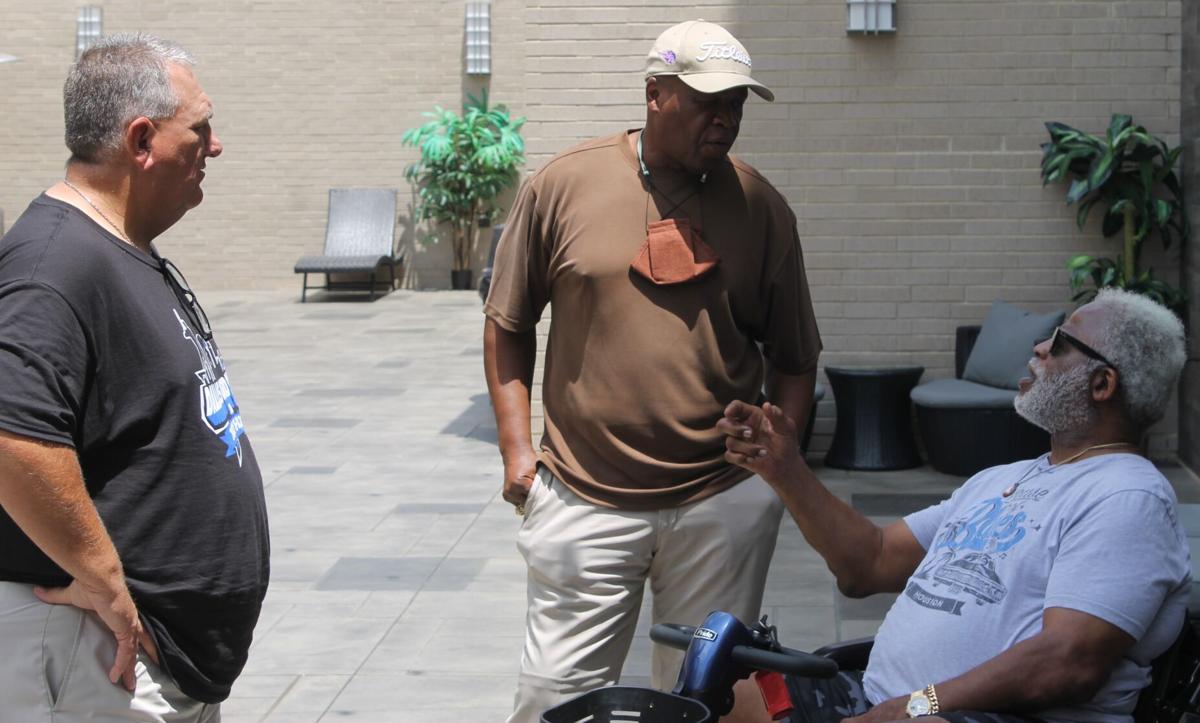 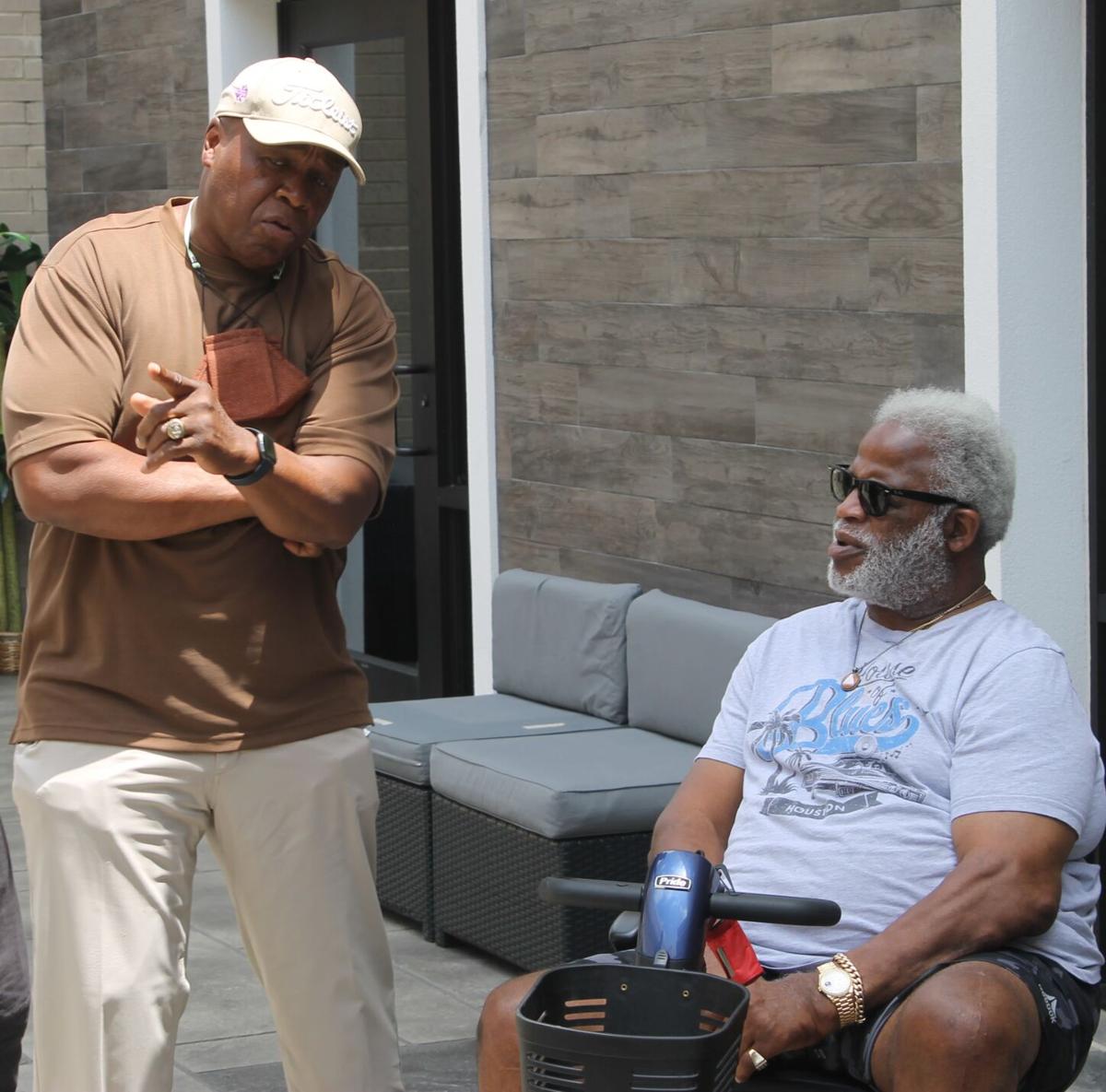 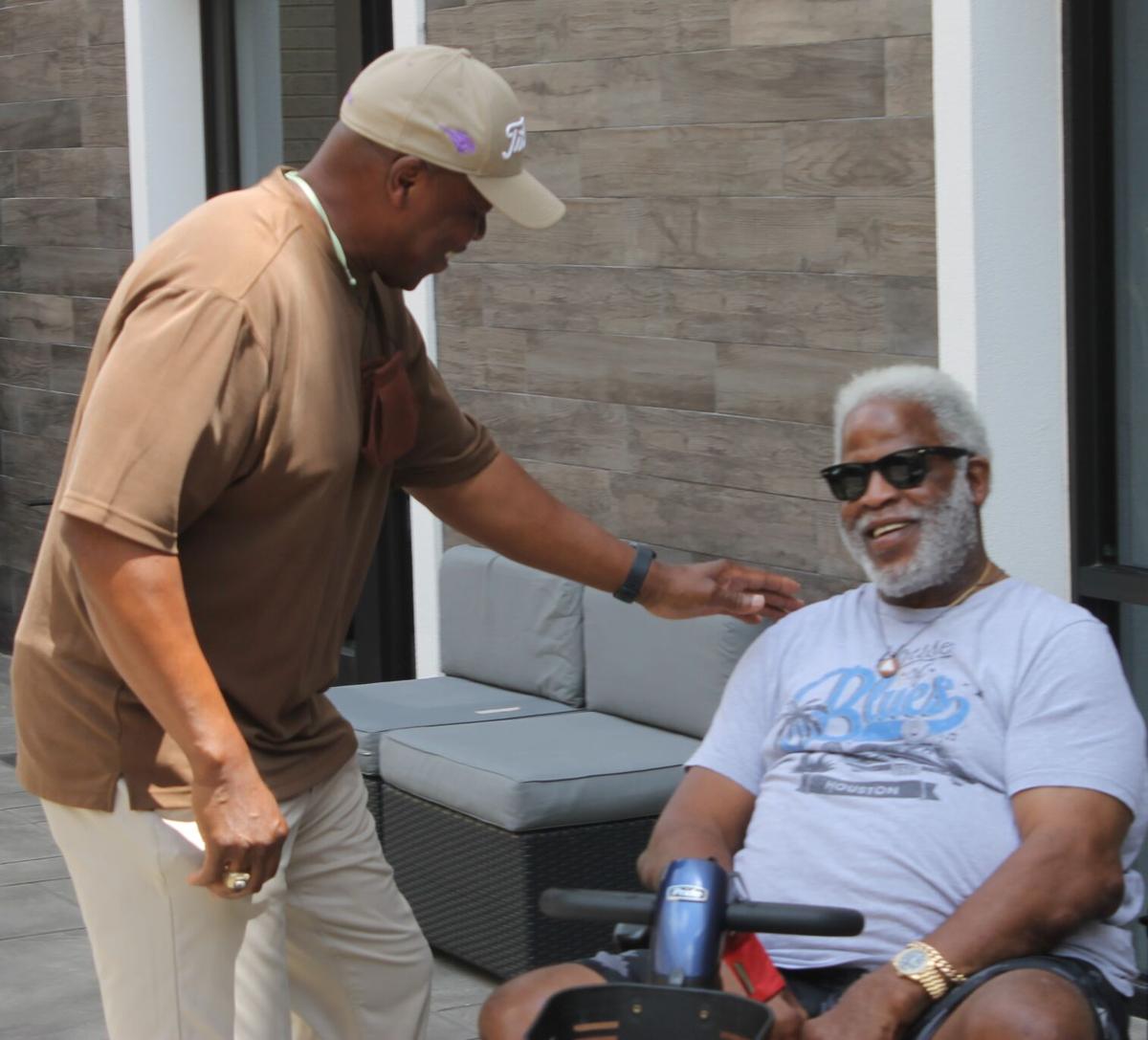 The Tyler Rose came early, so he had time to catch up with former Houston Oiler teammate C. L. Whittington before he entered the building.

Longtime Hallsville High School head baseball coach and current golf coach Scott Mitchell has known Whittington for several years and helped set up the meeting. When he heard about Campbell’s visit to nearby Longview on Saturday, he had to find a way to get the two former NFL teammates in the same place at the same time and ultimately pulled it off.

“It was just fun to watch those two guys interact,” said Mitchell. “You could see the wheels turning, going back to when they played. Talking about players that they were teammates with and stories that they could sit there and talk all day long [about]. I’m just happy. Coach Whittington and I are great friends, we coached together, and I knew he and Earl played together. I thought it would be fun for those two guys to see each other again.”

Whittington was excited for the occasion because he hadn’t seen Campbell since his former NFL teammate was inducted into the inaugural Houston Sports Hall of Fame class in June 2018, alongside fellow 34s Nolan Ryan (Houston Astros) and Hakeem Olajuwon (Houston Rockets).

“Being able to see Earl and seeing him get around and do things, it’s awesome,” said Whittington. “Having the time to talk about some of the things and teammates, it gets deep. You always think about the memories that you had as a player, going and doing the grind that we do. You have to put the work and time in. During Earl’s time period, he was the best.”

Whittington is a Beaumont native that played college football at Prairie View A&M from 1970 until 1973, and now lives in Hallsville. He wasn’t drafted, but joined the Oilers as a free agent in 1974. He made Houston’s roster that year and later played with a rookie Campbell in 1978.

“That’s the big fella, so it’s always good to see him doing well,” said Whittington. “It’s so important that such an icon as he can still do the things and he’s still bringing pleasure to people because of the fact that they can see him and know that he’s doing well. You just appreciate what he contributed to the game. [Him] making it to the [Pro Football] Hall of Fame, that was one of the blessed days for the Oilers because you really didn’t have a lot of Oilers in the hall of fame.”

Campbell, a standout at John Tyler High School, the University of Texas, the Houston Oilers and the New Orleans Saints, was not available for an interview due to his hectic schedule at the event.