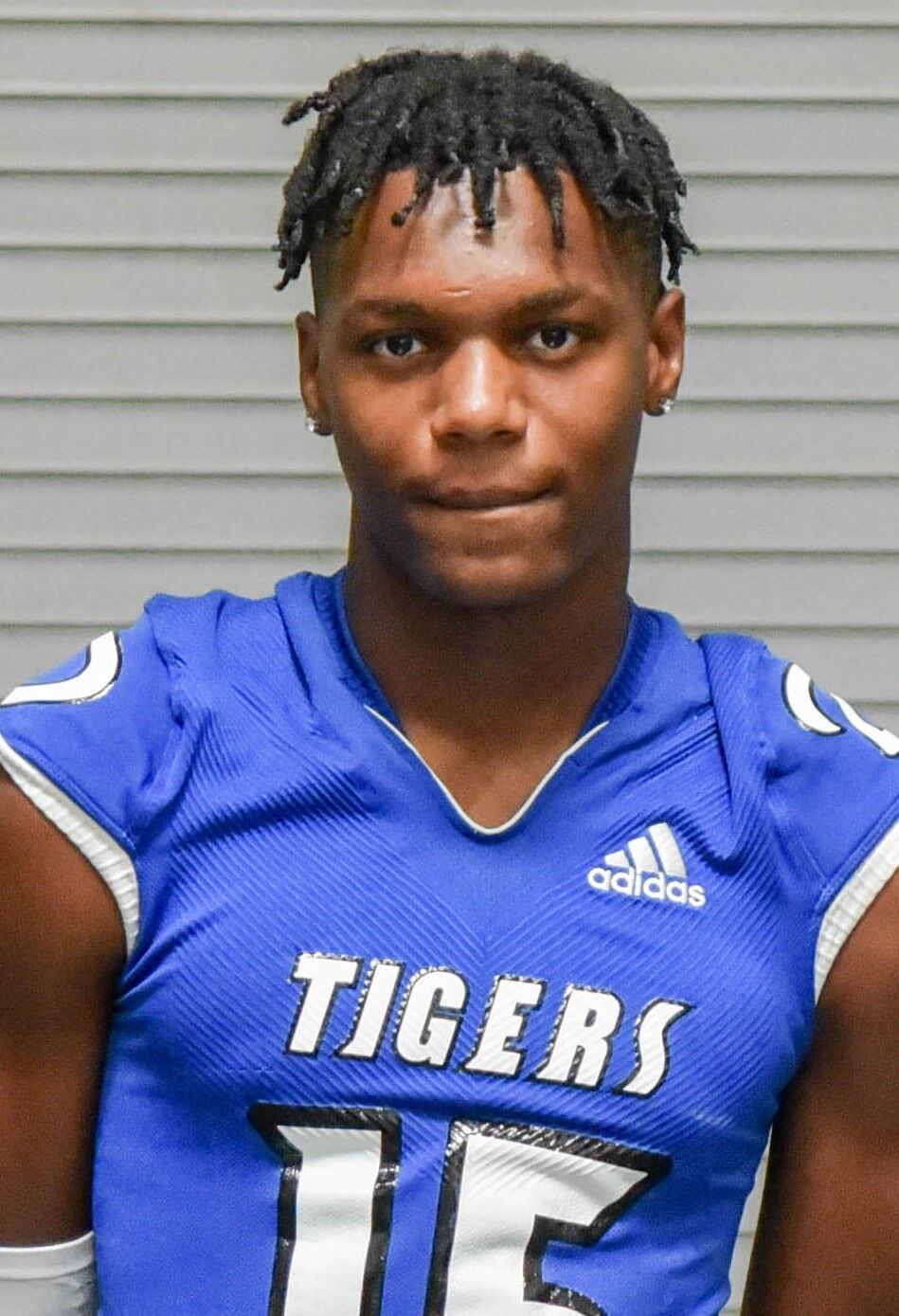 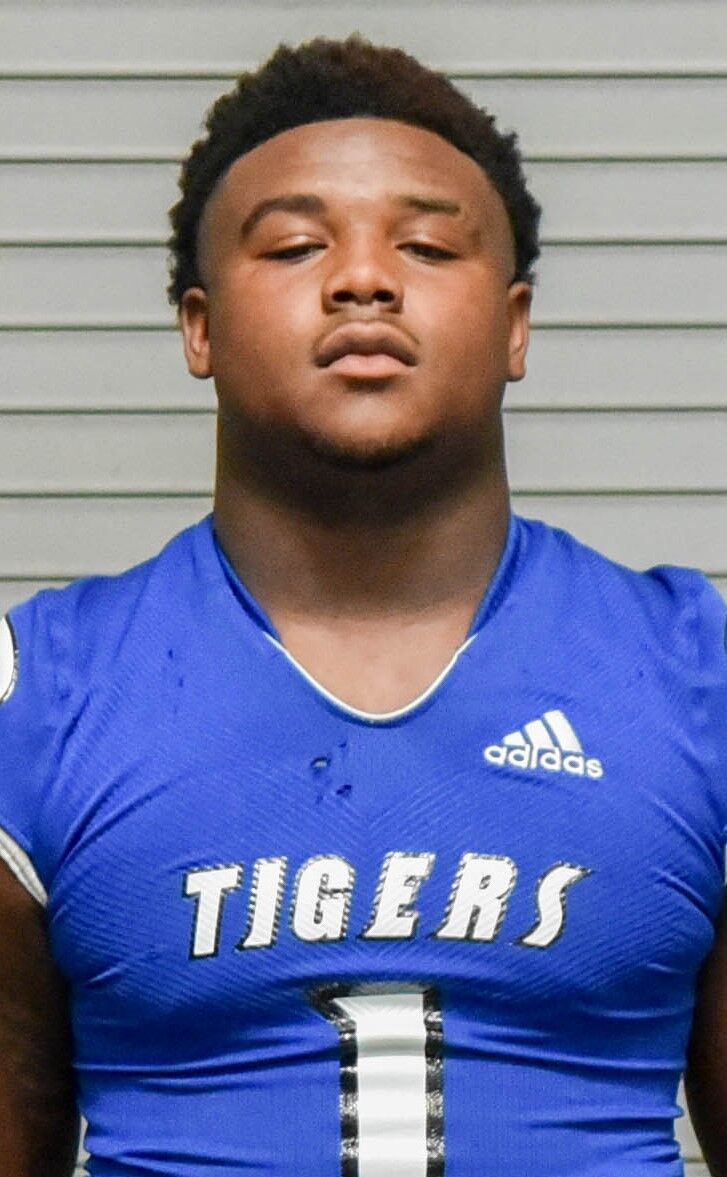 The Daingerfield Tigers answered “The Drive” and “The Scoop and Score” with “The Freshman.”

Freshman quarterback Chase Johnson tossed a 24-yard touchdown pass to C.J. Gilbert with 8:31 left in the fourth quarter, putting Daingerfield on top to stay as the Tigers pulled away for a 50-28 win over West Rusk in a Class 3A third-round playoff game at Longview’s Lobo Stadium on Thursday.

Johnson, a freshman pressed into action when Tiger starting quarterback Dee Lewis wend down with an injury that led to a tying touchdown by West Rusk, directed three straight scoring drives for Daingerfield as the Tigers grabbed momentum back from a fired-up West Rusk squad.

Daingerfield moves to 11-2 on the year and will move on to face either Waskom or Newton next week. Those two teams play Friday in Nacogdoches.

“That’s one of those things,” Daingerfield coach Davin Nelson said of West Rusk rallying to tie the score. “Our slogan the entire time has been believe. It’s on the back of our shirts and everything. It’s just a matter of we have to come out here and do it. I heard the kids on the sidelines say ‘hey man, we just got to keep on believing. Go out there and fight. Let’s go out here and take care of this freshman.’ He (Johnson) did a good job. He actually started putting it out there and showed what he can actually do. It was real exciting to see that.”

Daingerfield threatened to turn things into a blowout, building a 28-7 halftime lead, but West Rusk scored on two straight offensive possessions after the break and then tied the game on a 41-yard fumble recovery for a touchdown by Torami Dixon.

The Tigers moved back in front on Johnson’s TD pass to Gilbert, and then pulled away with a pair of late touchdowns.

D’Co Wright carried 21 times for 101 yards and two touchdowns and caught two passes for 67 yards for Dainerfield. Lewis completed 11 of 17 passes for 183 yards and two scores, and Johnson passed for 75 yards — completing three of four passes.

Andon Mata passed for 161 yards, a touchdown and an interception for West Rusk. Jamal Ford rushed for 61 yards, and Noah Murphy picked up 74 yards on eight carries.

Daingerfield opened the scoring with a 20-yard touchdown run by Wright late in the fourth quarter, but the try for two failed. The touchdown was set up by a nifty one-handed catch by Aeryn Hampton that went for 16 yards on third-and-eight.

West Rusk answered with a 45-yard touchdown strike from Mata to Ty Harper with just 28 seconds left on the quarter on a fourth-and-seven play. Alexis Magallanes booted the PAT, and West Rusk led 7-6.

The rest of the half belonged to the Tigers, who got a 13-yard TD pass from Lewis to C.J. Gilbert after Wright had picked up 17 on fourth-and-6 to keep the drive alive. Four minutes later Quinn Webb crashed in from four yards out for the TD, and the Tigers ended the first-half scoring with a 19-yard TD pass from Lewis to Jakevian Rodgers and a 2-point conversion run by Lewis for a 28-7 halftime cushion.

West Rusk came out of after the break and put together a quick scoring drive completed by a 3-yard run from Noah Murphy to narrow the gap to 28-14, and then mounted a 99-yard scoring drive to keep the momentum.

A Daingerfield punt pinned the Tigers down at the 1-yard line, but the Raiders marched 99 yards in 14 plays — eating 6:29 of game clock and scoring on a 10-yard run by Jamal Ford with 1:50 left in the third period to make it a 28-21 contest.

On Daingerfield’s next drive, Lewis carried and went down with a left leg injury, fumbling the ball in the process. Dixon scooped up the loose ball at the 41 and rambled into the end zone . The PAT was good, and the scored was knotted at 28-28 on the first play of the fourth quarter.

Johnson drove the Tigers 66 yards in six plays, overcoming a sack and eventually hooking up with Gilbert for the go-ahead TD with 8:31 left for a 36-28 Daingerfield lead.

Wright’s 9-yard TD run with 3:01 left and a 69-yard run by Aeryn Hampton with under a minute to play capped the scoring and made the final 50-28.