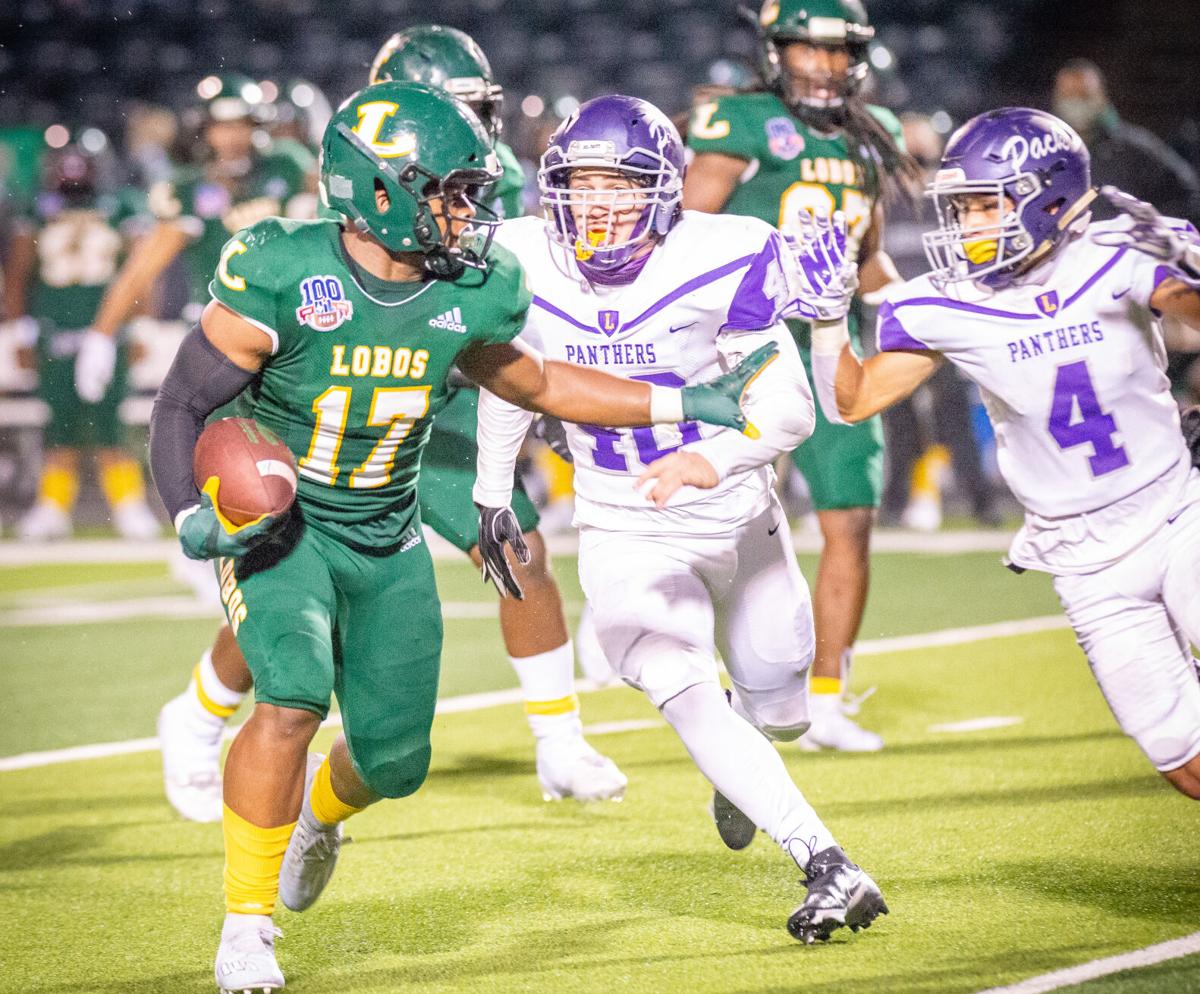 Longview’s Markevion Haynes looks for an opening in the Lufkin defense during Friday’s playoff game. 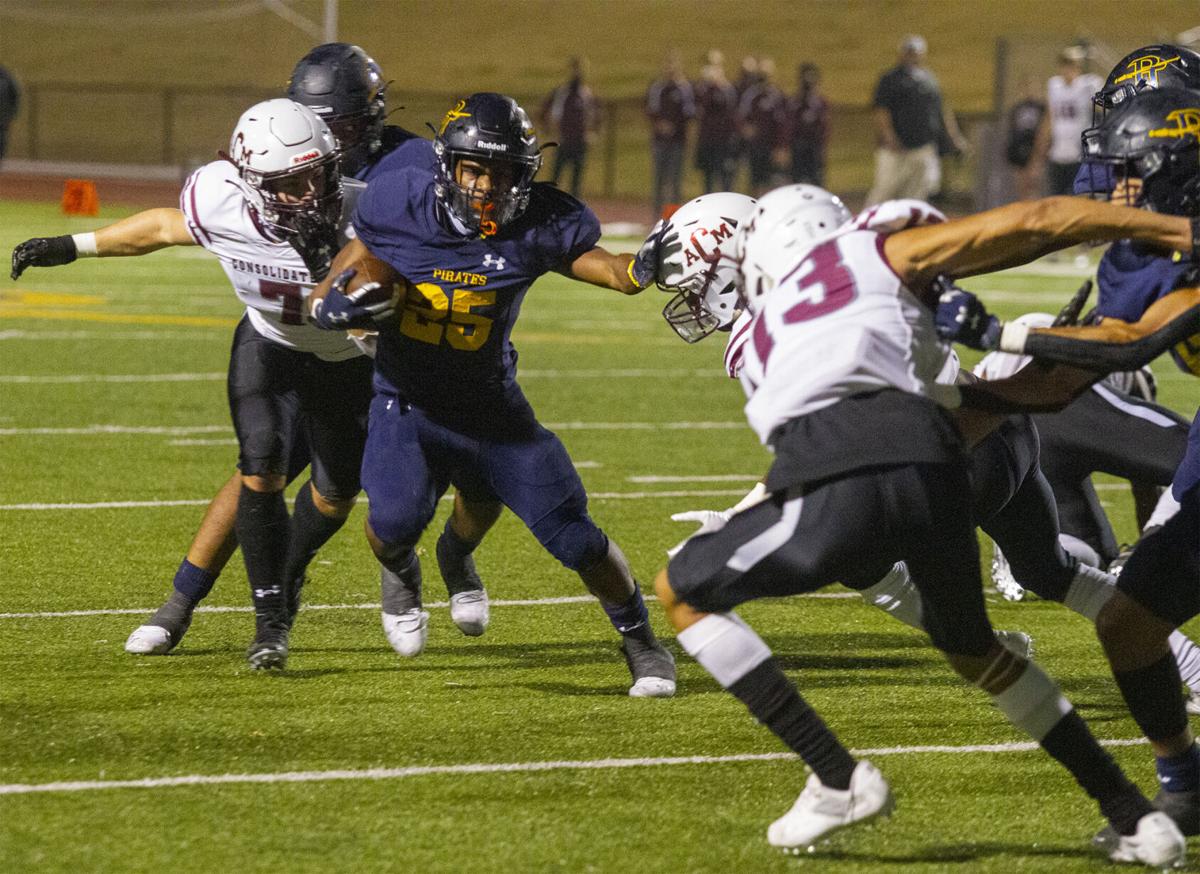 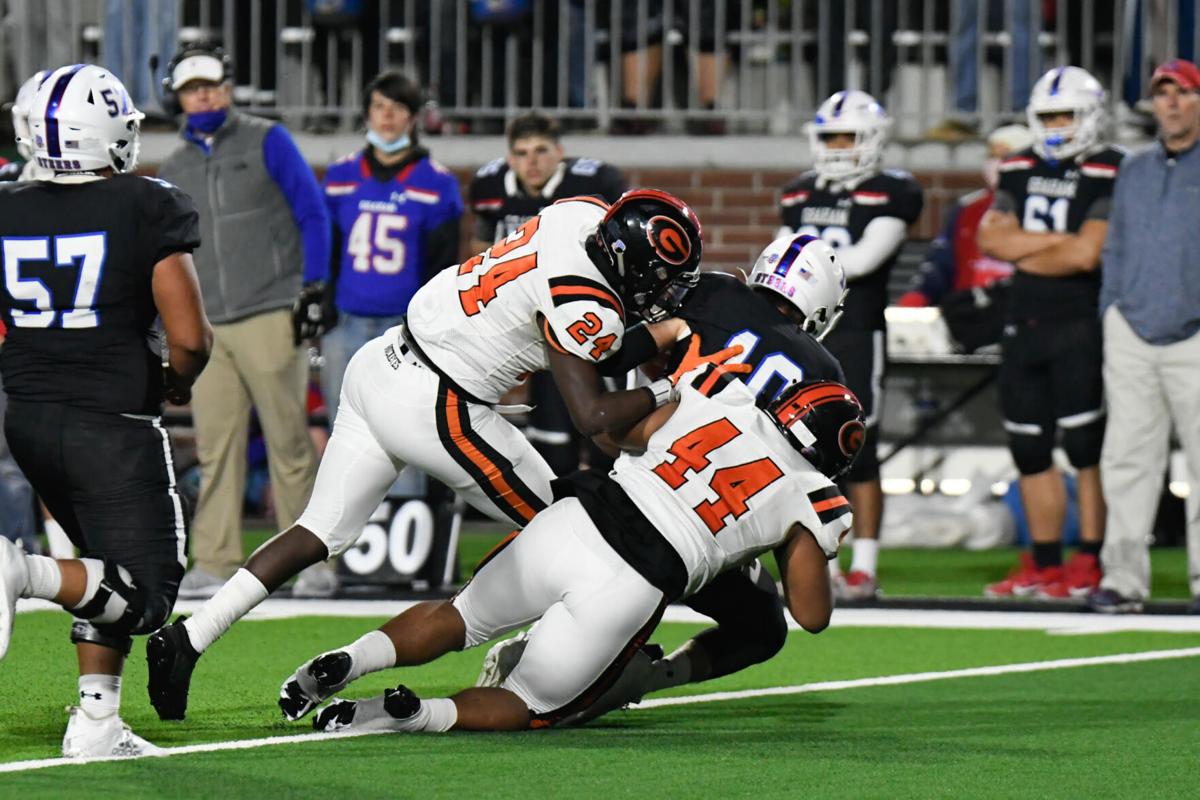 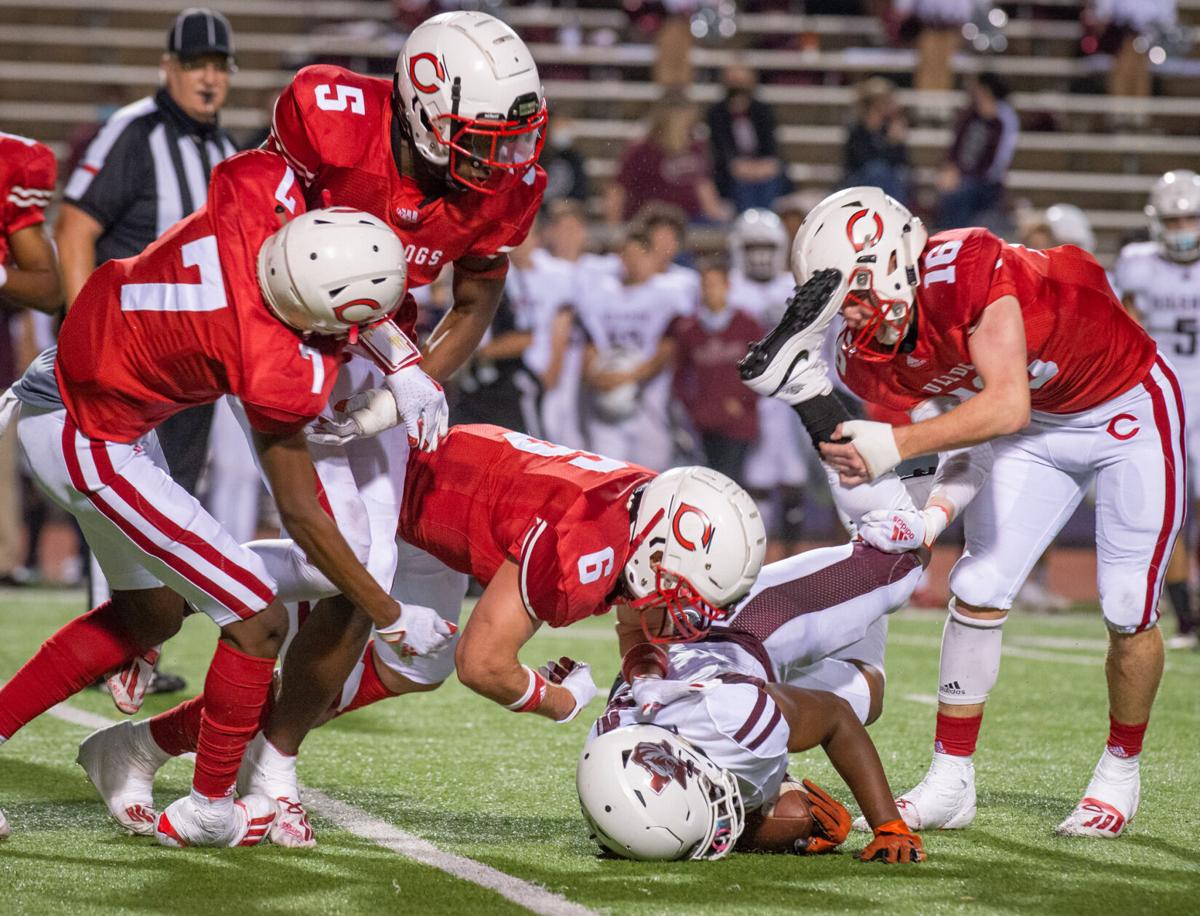 The Carthage defense stops a Silsbee ball carrier during a Nov. 20 playoff game in Nacogdoches.

Longview’s Markevion Haynes looks for an opening in the Lufkin defense during Friday’s playoff game.

The Carthage defense stops a Silsbee ball carrier during a Nov. 20 playoff game in Nacogdoches.

It’s statement season, and teams from throughout East Texas made themselves heard loud and clear on Friday night.

Seventy-five percent of the Class 4A state championships are made up of East Texas teams and for the first time in history, Longview and Pine Tree are moving on to the second round of the playoffs together.

“We’ve got a lot of good coaches, good kids and good people out here, just everyone involved, particularly this year,” Longview head coach John King said after the Lobos knocked off rival Lufkin to open the playoffs. “They always put the kids first and you see that with everyone being able to make it through this season so far without many issues and with the success that they’ve all had.

“I was looking at the pairings last week and there were so many East Texas teams still battling. It’s not a surprise at all. Back when we shut this thing down on March 12, who knew what was coming. We’re here today, going to the second round and some are going to play for it all. I’m proud of our football team and I’m proud of East Texas football.”

Longview took care of business in a total-team win over Lufkin. Meanwhile, across town hosting a playoff game of their own, Pine Tree knocked off another milestone in its historic season. Behind a gutsy effort on both sides of the ball, the Pirates recorded their first playoff win since 1976 with an overtime win over A&M Consolidated.

“The moment was never too big. We had played okay and were up seven at halftime. I told them that for 24 minutes, which turned out to be a few more, to play with everything they’ve got and that’s exactly what they did.”

Longview now heads to the second round for the 14th time in the past 15 seasons.

“I’m proud for Pine Tree and Kerry Lane for the job they’ve done,” King said. “Their staff has done a great job in a short time in turning it around and you can tell by the way they play and just the culture they’ve built. They bust their tail. I always knew this group was talented coming through but they’ve got more than just that working over there.

“This city ought to be excited too.”

Four weeks ahead of the Lobos and Pirates in the postseason, East Texas will be well represented in the Class 4A state championships.

On a collision course from the start, Gilmer and Carthage will square off in the Class 4A, Division II state championship as the three-time champion Buckeyes return to the final for the first time since 2014 and the Bulldogs return looking for ring No. 8 since 2008.

Joining them is Lindale, which will take on Argyle in the Class 4A, Division I tilt after the Eagles punched their ticket to state for the first time on a walkoff field goal on Friday night.

East Texas fans are in for a treat this coming weekend. Gilmer and Carthage square off at noon on Friday at AT&T Stadium in Arlington live on Fox Sports Southwest. Later that night, Longview takes on Lancaster at 7:30 p.m. from Mesquite’s Memorial Stadium. Meanwhile, Lindale and Argyle square off at 7 p.m. at AT&T Stadium.

Buckle up, East Texas is here and well represented in the playoffs.

“We’ve got great kids and great coaches around here — tough East Texas kids that show up, no matter what is going on, and go to work,” Lane said. “It’s the expectation around here and they all put in work to meet those expectations.”

“It’s nice to be over here in the piney woods.”

Facing a third-and-goal from the 4-yard line, DJ Freeman found his way into the end zone for…

ET Football: No. 1 Carthage earns another trip to title game

NEW CANEY — When you average better than 40 points a game your defense doesn’t get a lot of credit.

Longview opened the postseason with a 41-5 win over Lufkin on Friday night at Lobo Stadium.