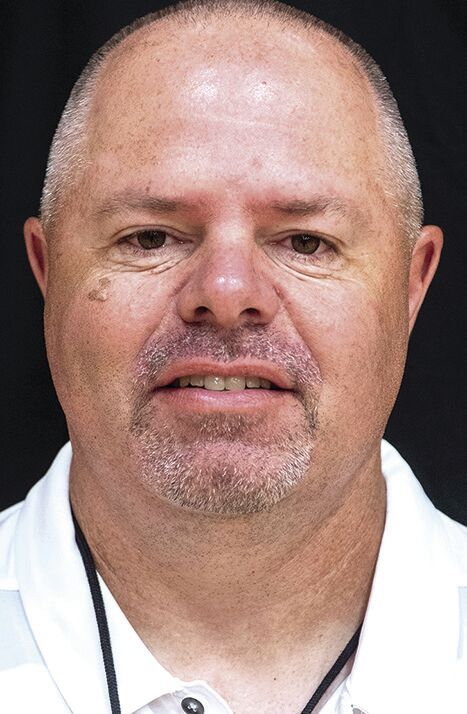 HARMONY — Successful athletic programs are built with stability and run with continuity. Longevity lends itself to consistency and strengthens the ties that bind.

Tim Russell knows this and understands the importance of family. The longtime time Harmony head football coach has built a family-type feeling among his coaching staff through the years.

“I think it’s crucially important in the coaching profession, trust and loyalty are at the top of the list of what we try to tell our kids. When you have trust and loyalty, it’s a lot like a family. And you’ll do anything for your family,” said Russell, who has a 92-54 record in 13 years at Harmony.

“You spend a lot of time together and get to know how each other thinks. All your families become close and it becomes more than just coaching. It’s kind of like a big puzzle when you fit it together it’s beautiful.”

The average tenure of Russell’s 11-man coaching staff in nine years. He’s had three coaches with him the entirety of his time at Harmony.

Russell served as Harmony head coach from 2001-2003 before making a five-year stop at Pine Tree from 2004-2008. The 52-year-old returned to familiar territory in 2009 and has led the Eagles to three consecutive district championships and a 29-7 record over the last three seasons.

“One of the goals of any coach is to find a staff that fits well together. I’ve been very fortunate to have one through the years. We’ve got a great group of guys,” Russell said. “This staff just does an incredible job. When I first started coaching I thought I had to do everything. But I’ve found over time we can do it better together than separate.”

“We very seldom have any turnover in our staff. I don’t think we’ve ever lost more than one coach in a year during the last 10 years. This year we didn’t lose anybody,” said Russell.

Donnie Denmon is in his seventh year with the Eagles and handles the defensive line. Jake Atchley coaches the quarterbacks and is in his seventh season. Justin Charrier, a nine-year vet, is in charge of the cornerbacks, while Billy Edwards is in his ninth year working with tight ends.

Rounding out the Eagle staff is Adam Hogue, Seth Drennon and Jed Whitaker. Hogue coaches safeties and has been on board four years, while Drennon is in season seven with the running backs. Whitaker, a familiar name around Harmony, was once the head football coach and former superintendent at the school. He’s been back on staff for three years and works with the outside linebackers.

“With this group, we never come to work and we never leave work. We’re always on call. It’s a family. We’ve got a lot of harmony in Harmony,” Russell concluded.