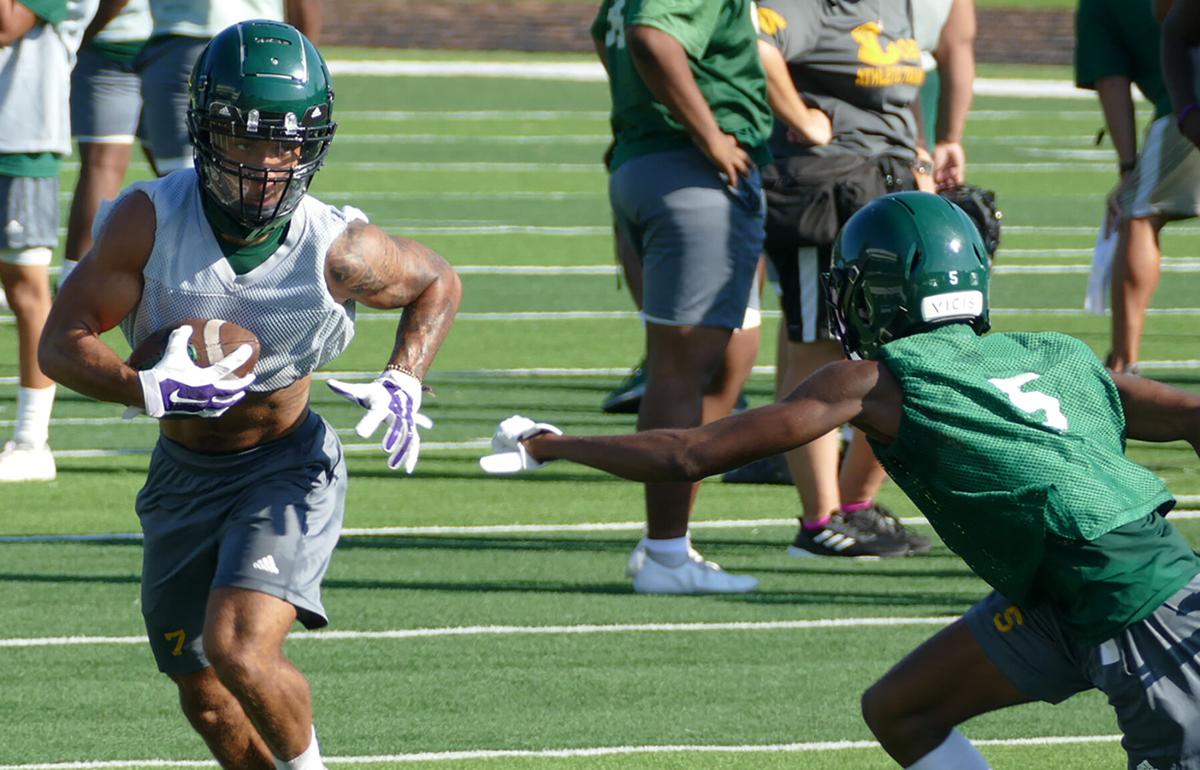 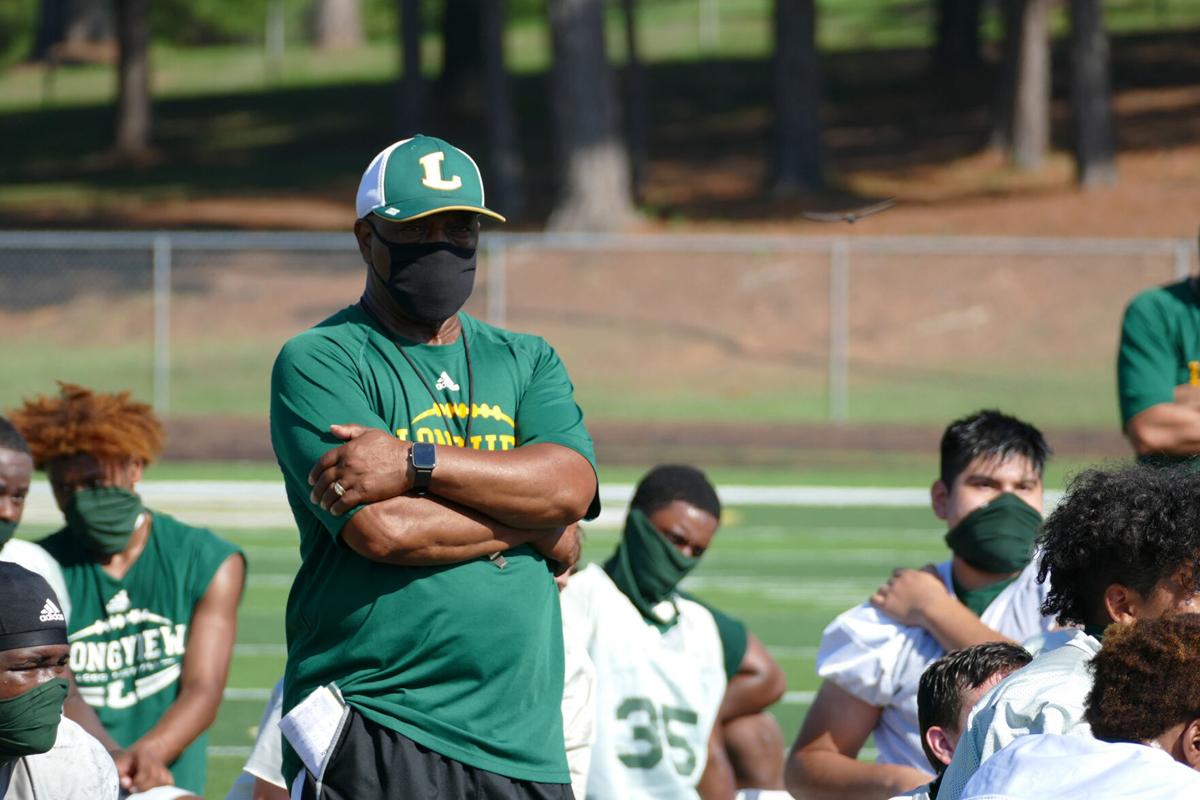 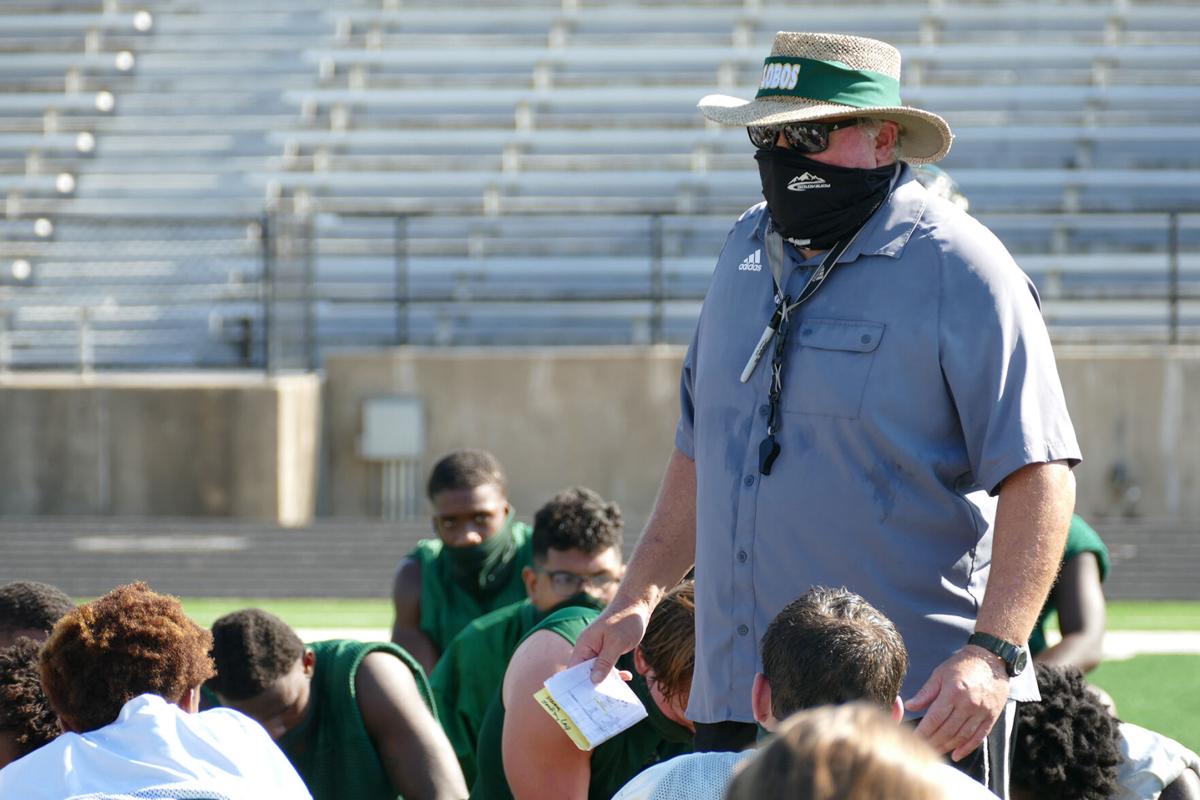 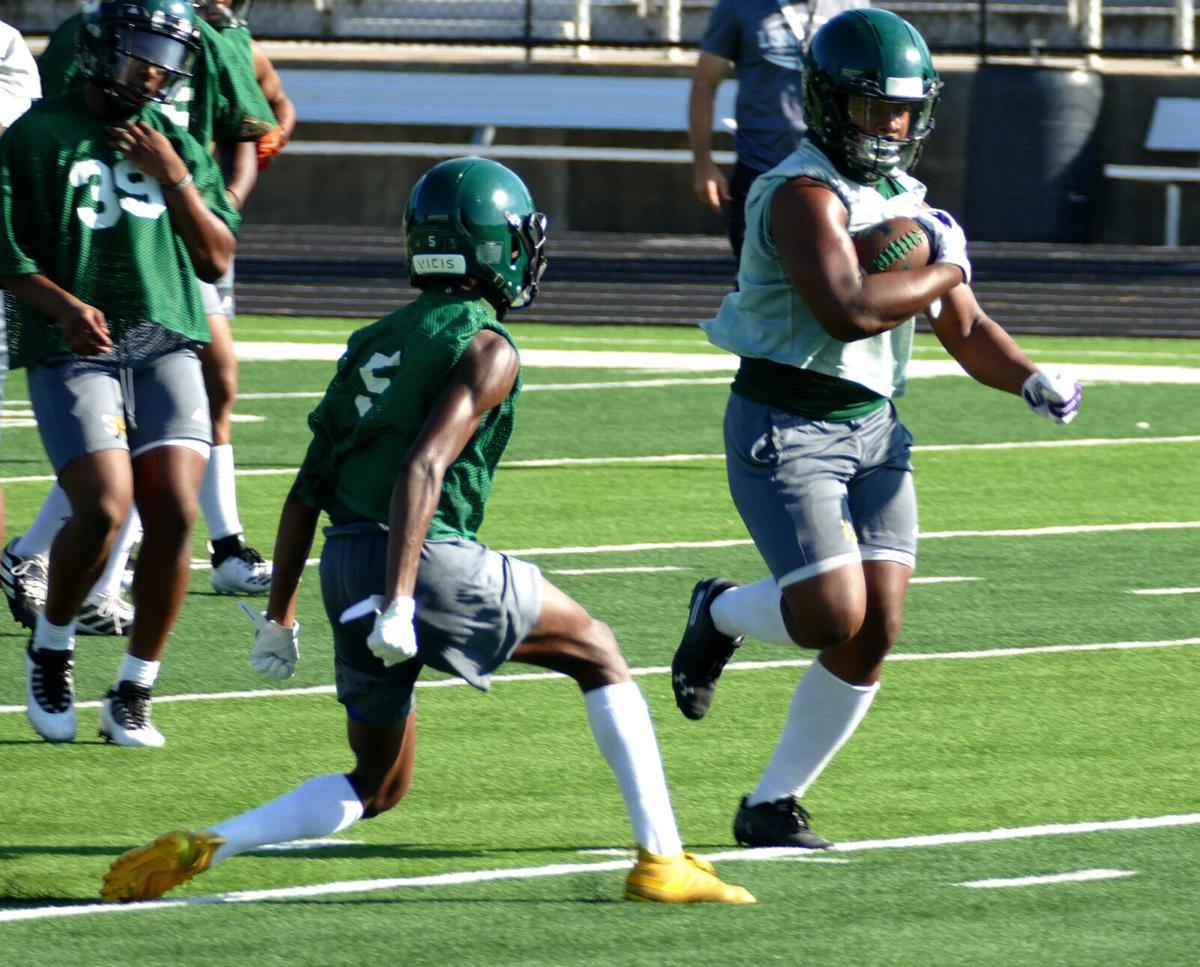 Six months ago, Kaden Meredith was using the light pole and hill in his neighborhood to work out and stay ready, not knowing when the game would come back.

The grind continued a little longer than anyone had planned or expected but Meredith and his teammates kept at it.

On Monday, the day finally arrived as the Longview senior running back, the Lobos and the vast majority of football programs in Class 6A and 5A hit the field for the first official practice of the fall.

“That seems like it was a long time ago,” Meredith said through his facemask at Lobo Stadium. “To be here, it means that we did something right.

“We didn’t want to miss this day. We handled it the best we could and I’m proud of that.”

Longview has been working out with a little football mixed in since July and just adding helmets to the mix on Monday sparked the team throughout a high-energy Labor Day practice.

“It really just added to the excitement,” Meredith said. “It shows that after everything we’ve been through, we’re here. Everyone is excited and ready to get to that first game but we’ve got work to do first.”

There’s work to do and in a hurry for the Lobos, who are 18 days away from their season opener at AT&T Stadium against Temple.

With nearly two months of skills-only work, it was evident, as per the usual, that it was already time to put the full pads on. Longview, like all teams, will gradually build to that point throughout the week.

“We’ve got a limited number of practices and we’re leaning on the seniors and those with varsity experience to lead the way with how we practice and how we protect one another in practice,” Longview head coach John King said. “The work we put in to this point has helped us in terms of scheme and getting everything in. They’ve been exposed to all of that and now it’s a matter of putting on the pads and adding the physical part of the game to it.”

Meredith said the Lobo offense has made strides over the past few weeks, citing the work of quarterbacks Otarvio Buchanan, Landyn Grant and Jordan Allen, who all rotated heavily in Monday’s session, as well as the deep receiving corps out wide.

“We’ve tightened it up a lot since the first day back,” Meredith said. “We’re not anywhere where we need to be but there’s progress. The offensive line has come a long way and I’m excited about that. All those wide receivers, Ced(ric) Hopkins, Jalen Hale, all of them, are working.

“Keke (Markevion Haynes) being back, that’s going to be nice for sure.”

King said all of the quarterbacks in the mix showed flashes and rookie mistakes. The evaluation will continue at that spot as well as others.

Longview will work after school throughout the week, adding shoulder pads to the mix before full pads with limited contact on Friday.

Then, on Saturday, Longview will welcome full pads with an intrasquad scrimmage at 10:30 a.m. after media day. The JV will go at 9:30 a.m. at Lobo Stadium.

King said the public is welcome to attended but face coverings and social distancing in the stands will be required.

The social distancing and safety measures continued on the field in full force on Monday with the addition of a ‘splash shield,’ a clear piece of plastic that covers the mouth, nose and eyes inside the helmet.

“They handled it well, it’s been entrenched in their minds that this is how it’s going to be but there weren’t any gripes or complaints,” King said. “We’ll open up practices and the scrimmage to fans — most are at games right now anyway — but there’s got to be a mask and distance. We want our parents and fans here but we’ve also got to do it the right way or we’ll shut it down.”

It’s all part of playing football in 2020 and on Monday, it didn’t matter what was going on in the outside world away from Lobo Stadium. The only thing that did was what was right in front of them.

“Just a fun day,” Meredith said with a smile you could tell was there behind the facemask. “We’ve got to come in every day, get better, protect each other and, like Coach King said, keep on making strides to better ourselves, to better our unit and our team.”