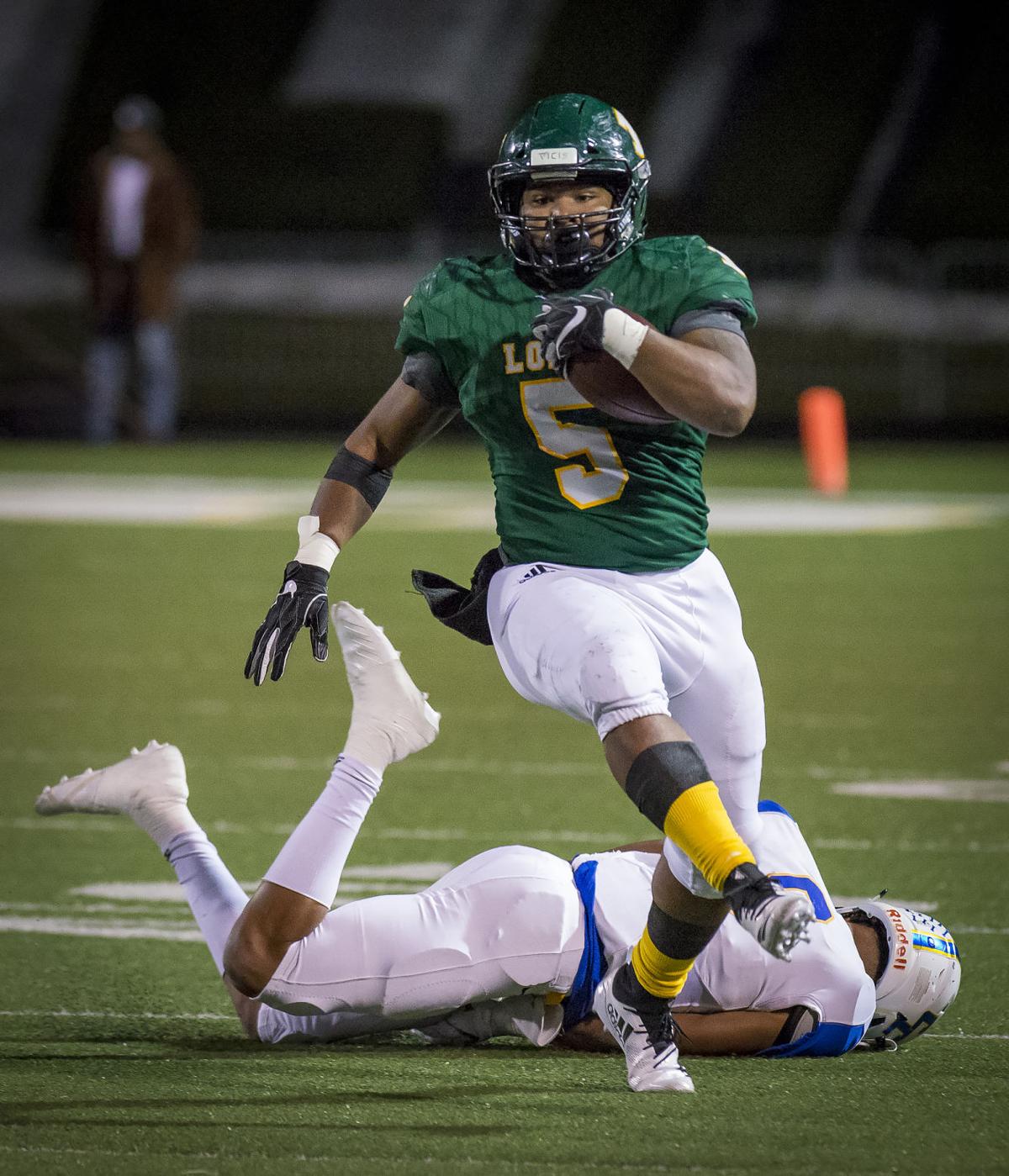 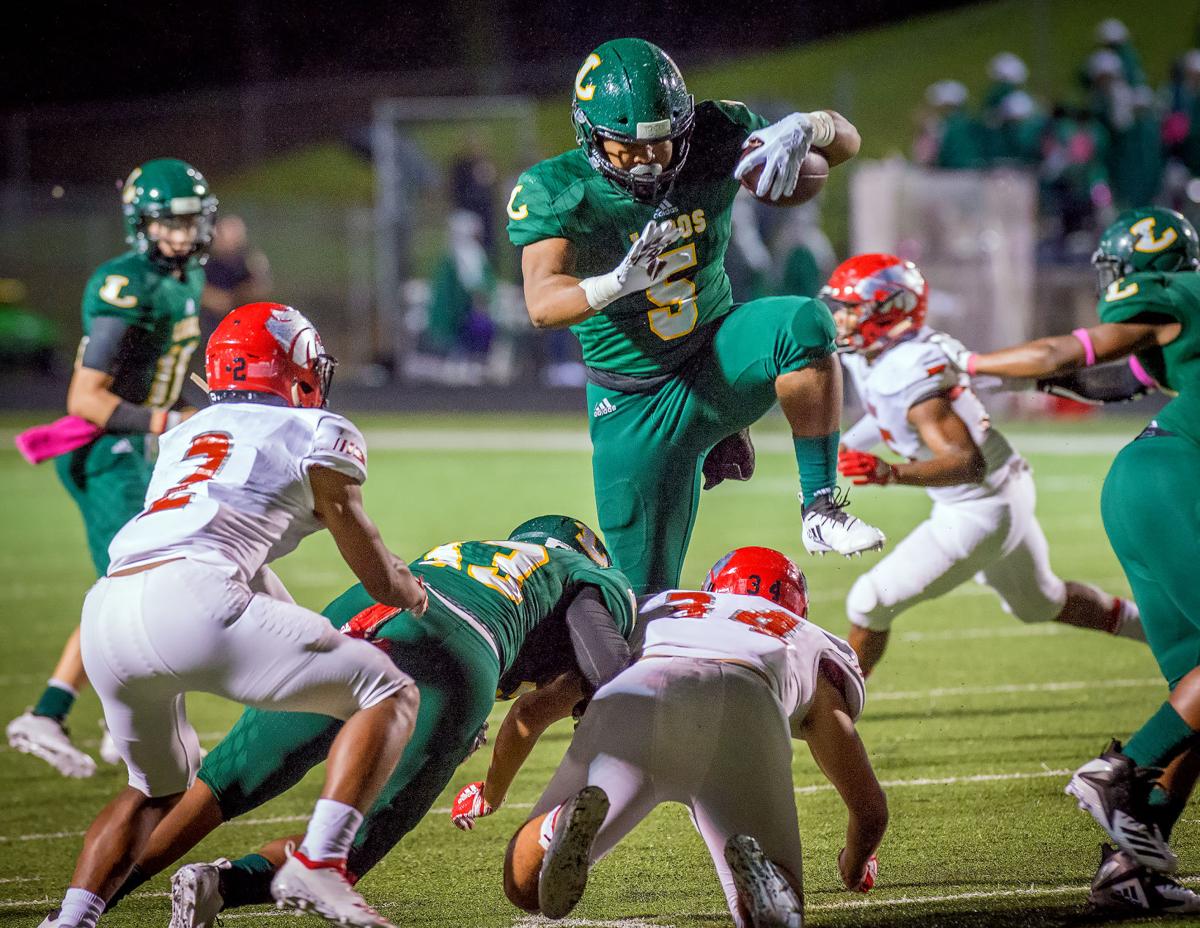 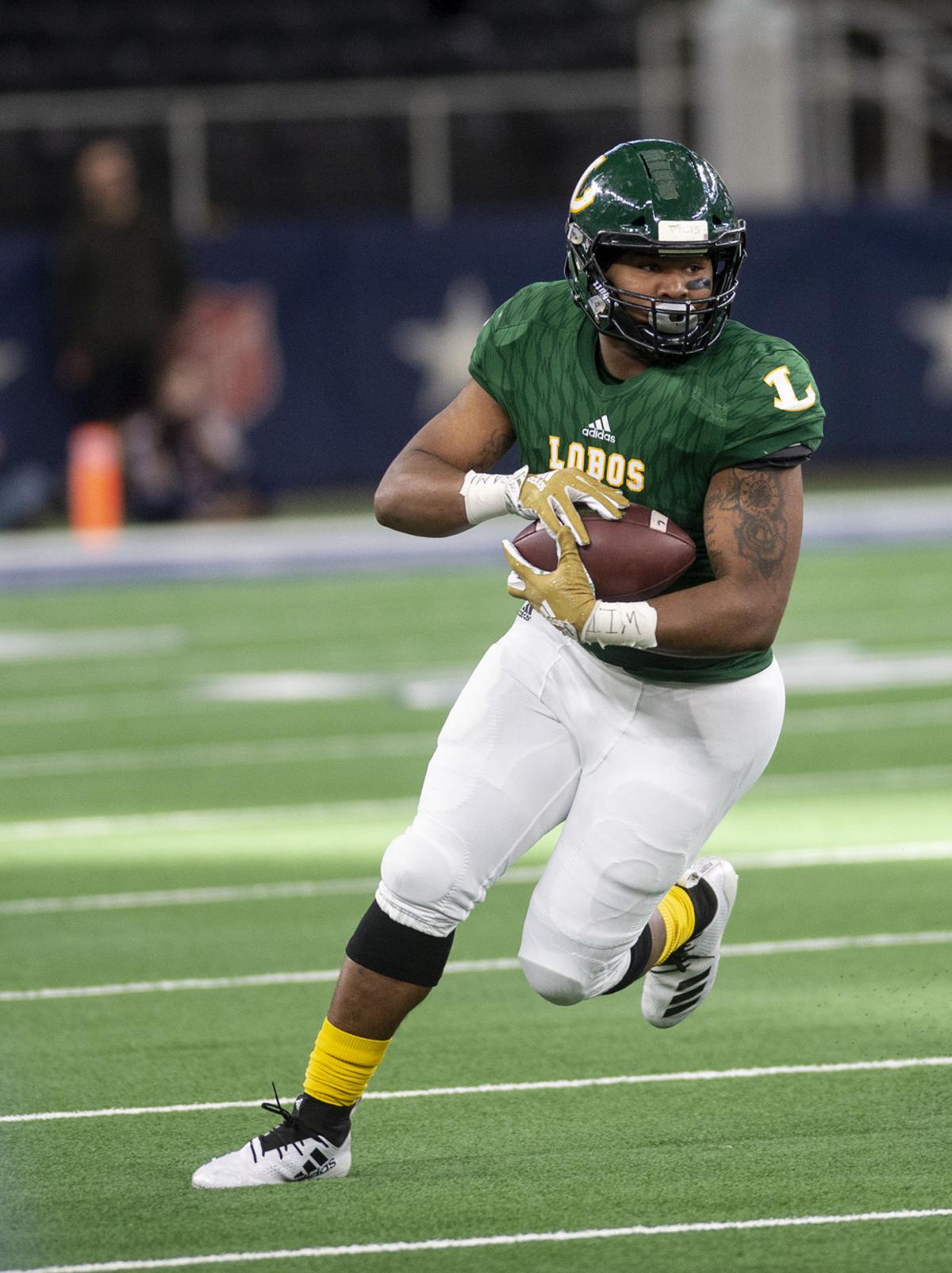 Longview’s Jessie Anderson runs in the Class 6A Division II state championship game between Beaumont West Brook and Longview on Saturday at AT&T Stadium in Arlington. 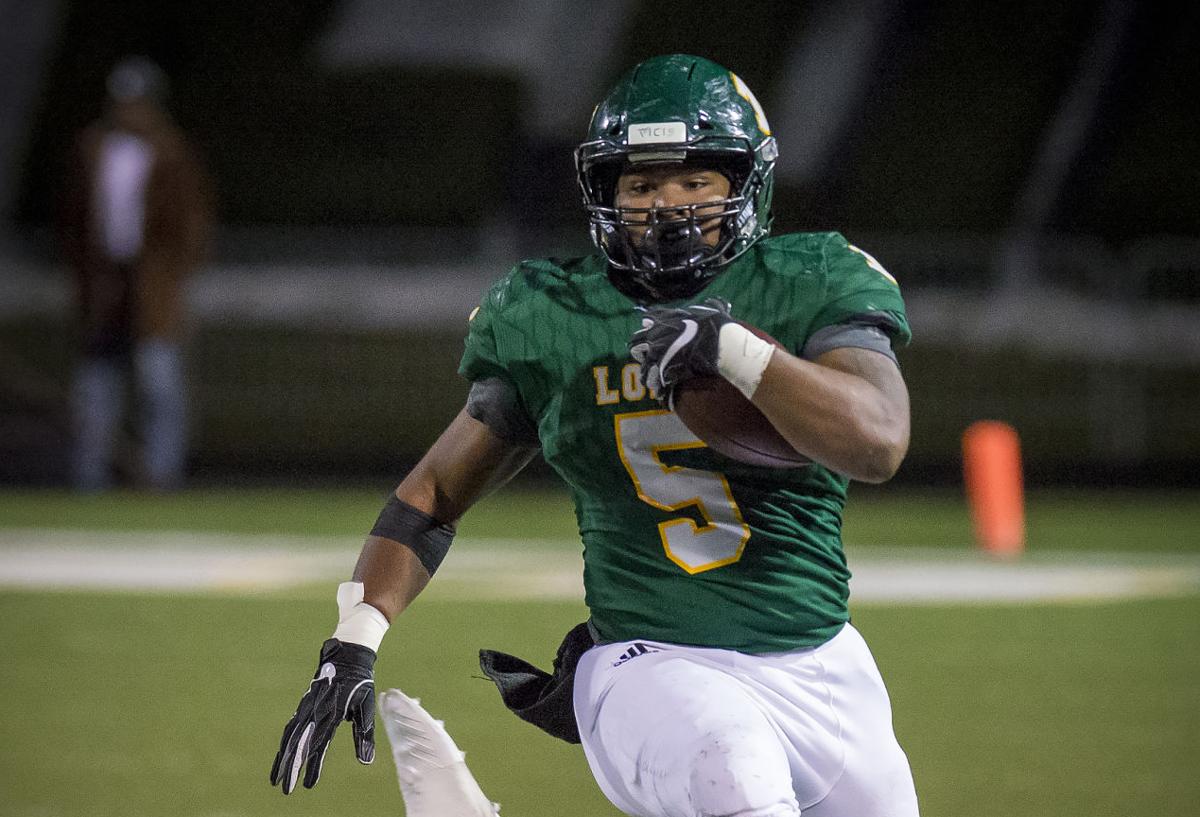 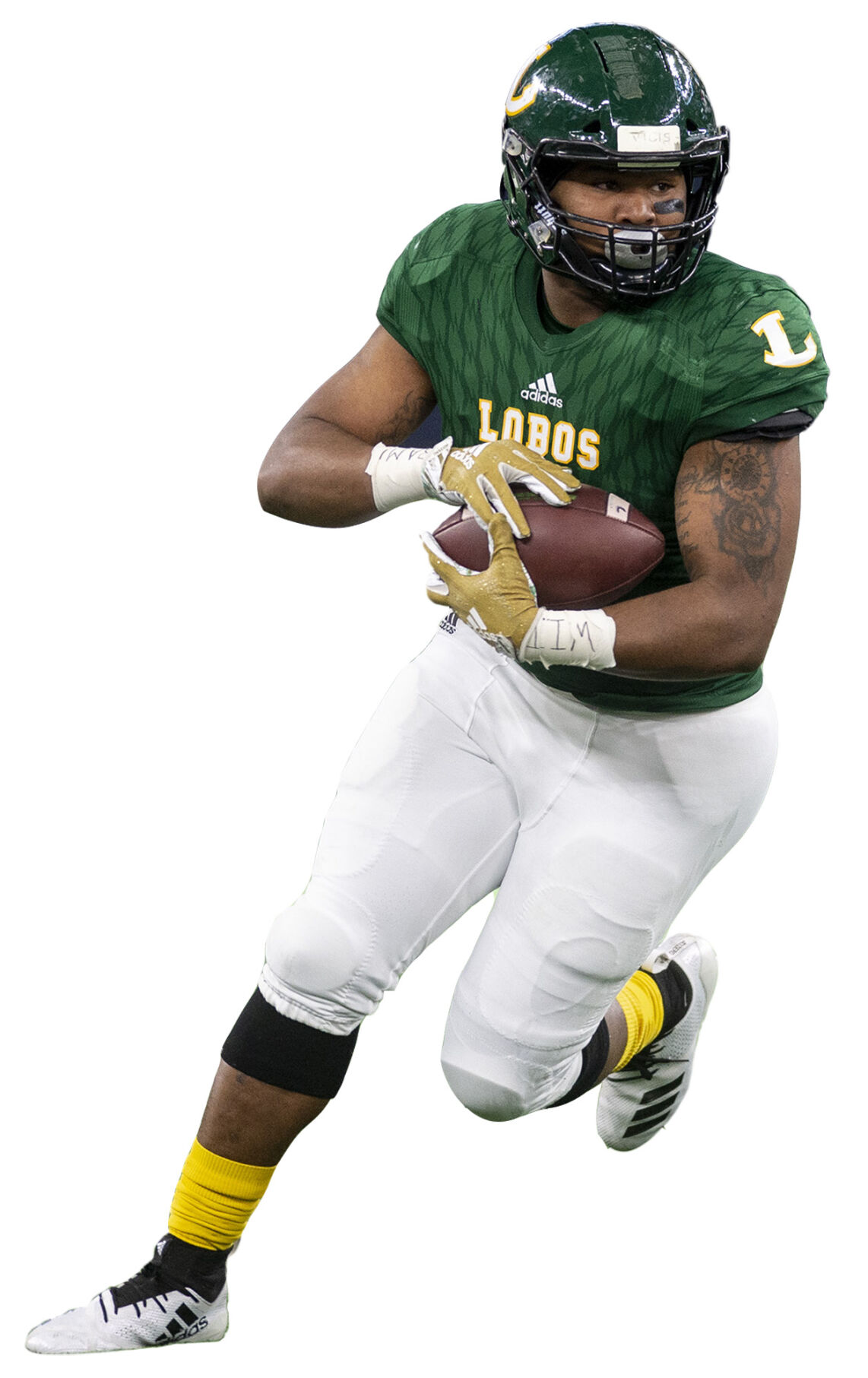 Longview’s Jessie Anderson runs against Beaumont West Brook in the Class 6A, Division II state title game in 2018 in Arlington.

Longview’s Jessie Anderson runs in the Class 6A Division II state championship game between Beaumont West Brook and Longview on Saturday at AT&T Stadium in Arlington.

Longview’s Jessie Anderson runs against Beaumont West Brook in the Class 6A, Division II state title game in 2018 in Arlington.

Anyone who has seen former Longview Lobo standout Jessie Anderson play the game of football knows one thing: He’s going to move forward no matter what is in his way.

His style of play is also how he’s attacking his next move on the field, moving on from Abilene Christian University to Southern Arkansas University, where he has signed as a transfer to spend his remaining four year of playing at the next level.

“In this second recruiting process, I just wanted to make sure everything was right this time and everything was true,” Anderson, who turned heads for his down-hill, physical style of running the ball for the 2018 state champion Lobos, said. “I heard from a few schools once I entered the portal and Southern Arkansas reach out after about two weeks.

“They stayed in contact, laid everything on the table and really showed me the family side of things. My last decision taught me the lesson of not just hoping on the first thing that comes but also to look and see the bigger picture.”

His fresh start is a return to his roots on the field. Anderson rushed for 1,082 yards and 26 touchdowns, including two receiving scores, as senior for the Lobos, the ‘thunder’ part to Keilyn Williams’ (1,900 total yards, 19 total TDs) ‘lightning’ style.

“They really talked to me about the role they wanted to me to play,” Anderson said. “They want me to come in and be the ‘thunder’ back again, similar to my role at Longview. They had a running back that did everything on his own last season and see me a good fit to their offense.”

Southern Arkansas currently has plenty of East Texas roots of its own on the roster, a factor that played into Anderson’s decision.

“A lot of East Texas talent on the team, players from all over the place, a few that I played against and some that I knew just from being from here,” Anderson said. “I feel like all of those guys, and player from East Texas, have a standard and that’s to be a hard-nosed player and a winner. They want to win.

Anderson also said that former Lobo linebacker Ja’Vontae Writt was invited by the SAU coaching staff as a walk-on prospect.

Entering the transfer portal during the coronavirus pandemic meant more texting, calling and Zoom videos than before. Anderson said he was able to visit the campus in Magnolia, Arkansas.

During the pandemic, Anderson said he’s been working out and maintaining what he call his ideal size to accompany and withstand his playing style.

“Out in Abilene, I learned a lot about my body and my size,” he said. “My senior season, I was overweight and within two weeks out there, I had dropped quite a bit. I realized that with my body type and my playing style that I needed to add more muscle and when I did that, I was still able to move like I always have and still play as physical as I need to play.”

After missing his junior high school season with an injury, goals became important to Anderson, who set and accomplished a few during his senior season.

Now, it’s about moving forward and reaching a few more.

“New guy coming in as a transfer and I just want to have an impact,” Anderson said. “I set goals in high school and I want to do the same in my next chapter.

“I’m ready to get started.”