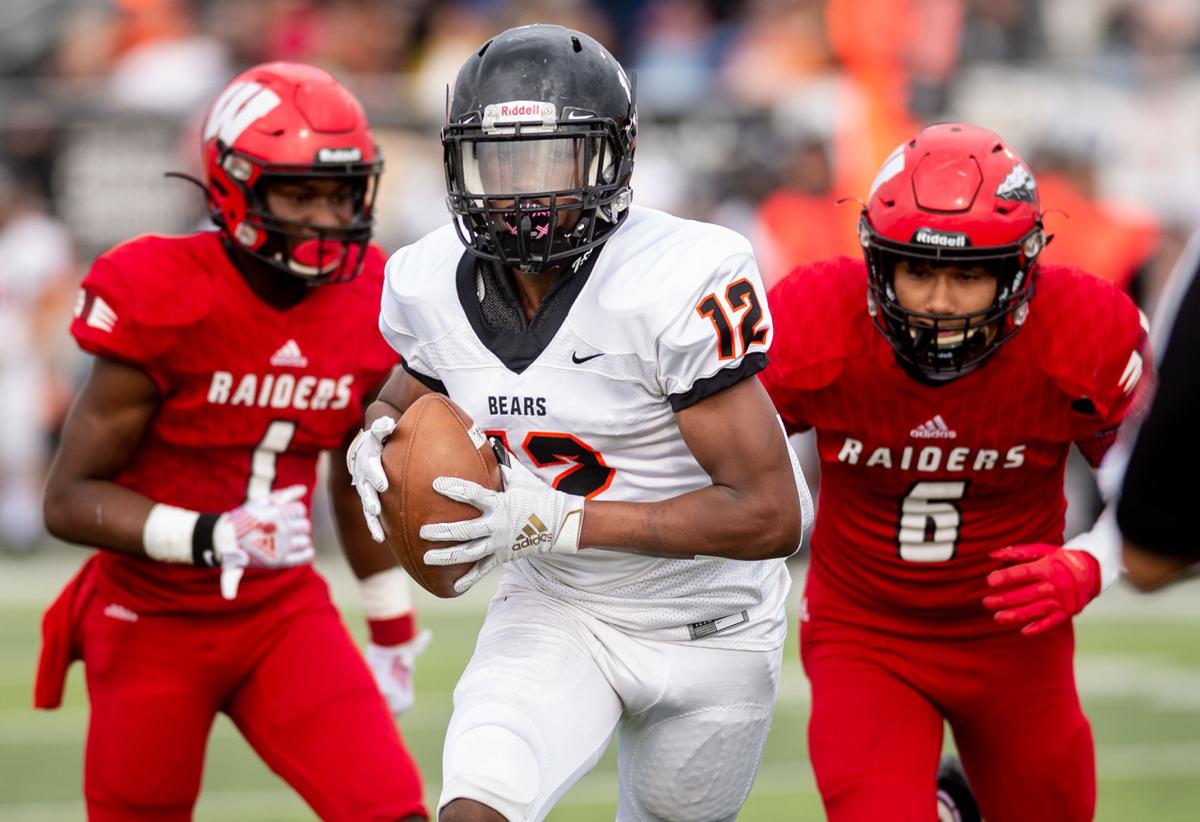 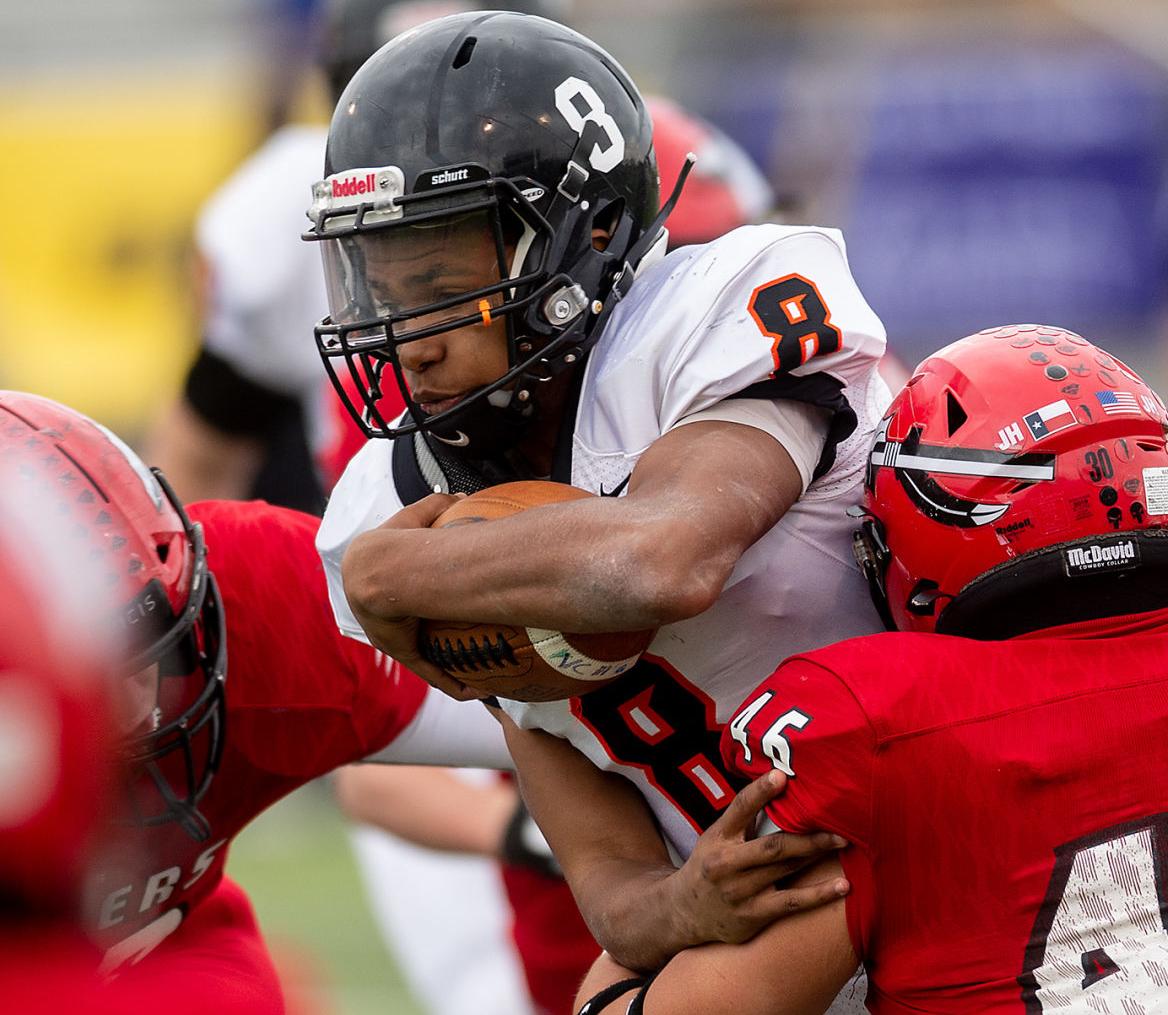 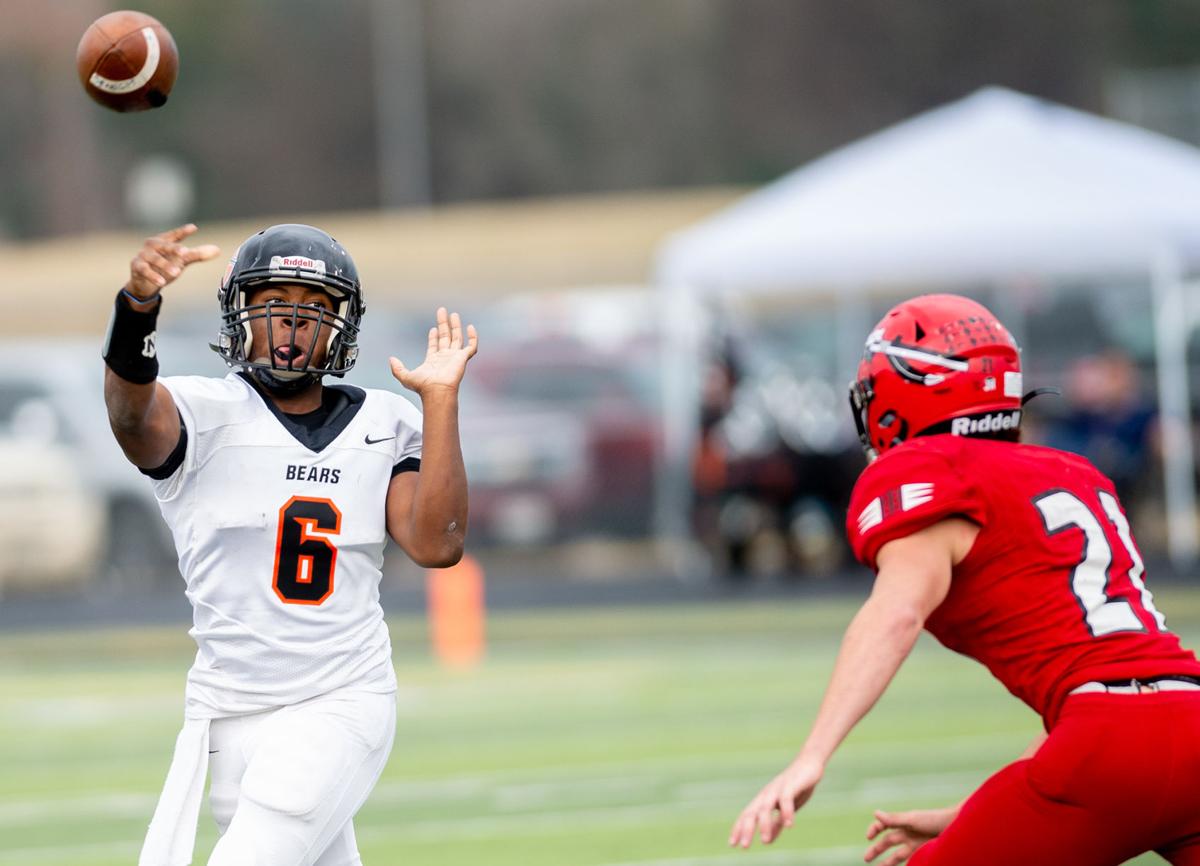 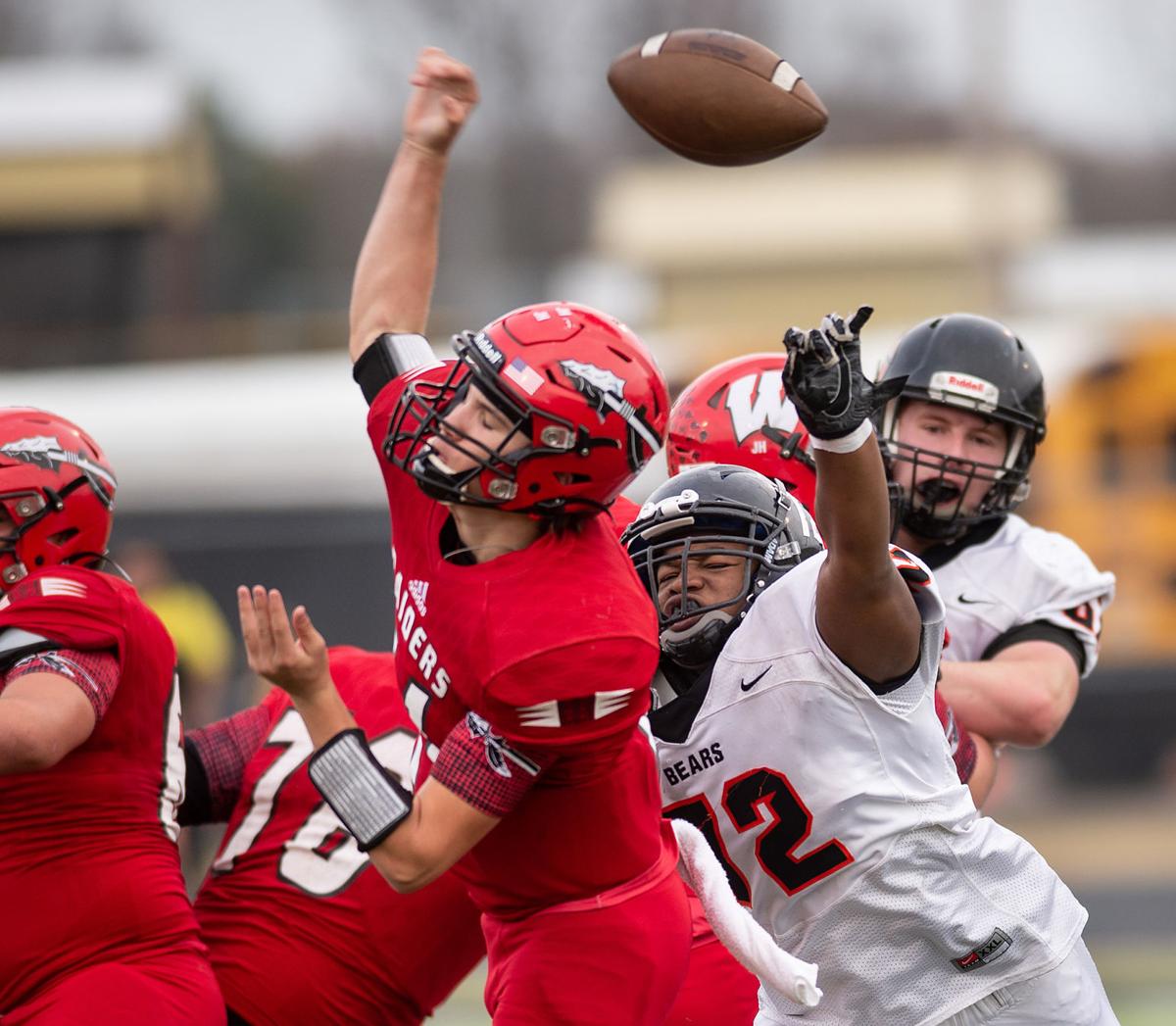 Zach Tyeskie breaks up a pass for Gladewater, on Friday November 29, 2019, during their game with Winnsboro at Mount Pleasant’s Sam Parker Field. (Michael Cavazos/News-Journal Photo) 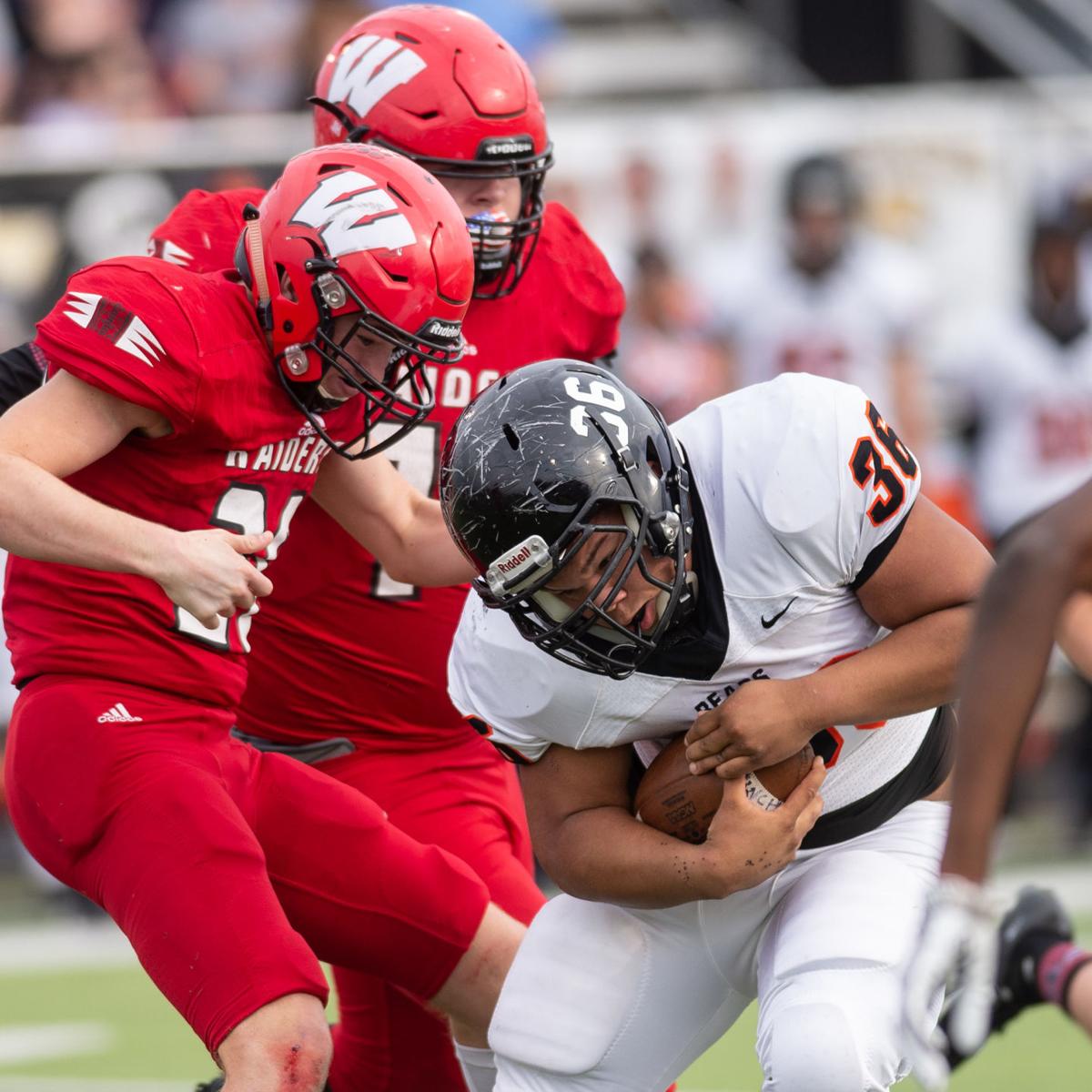 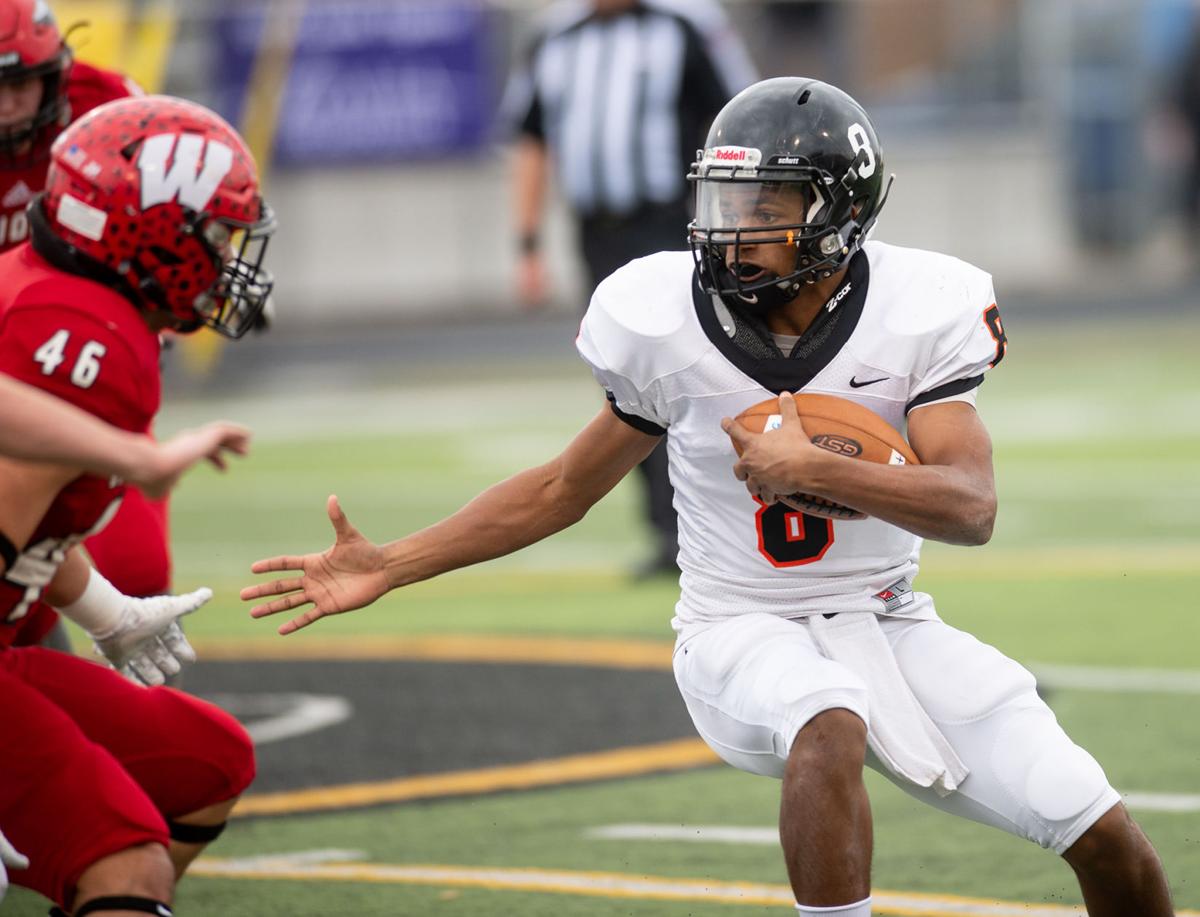 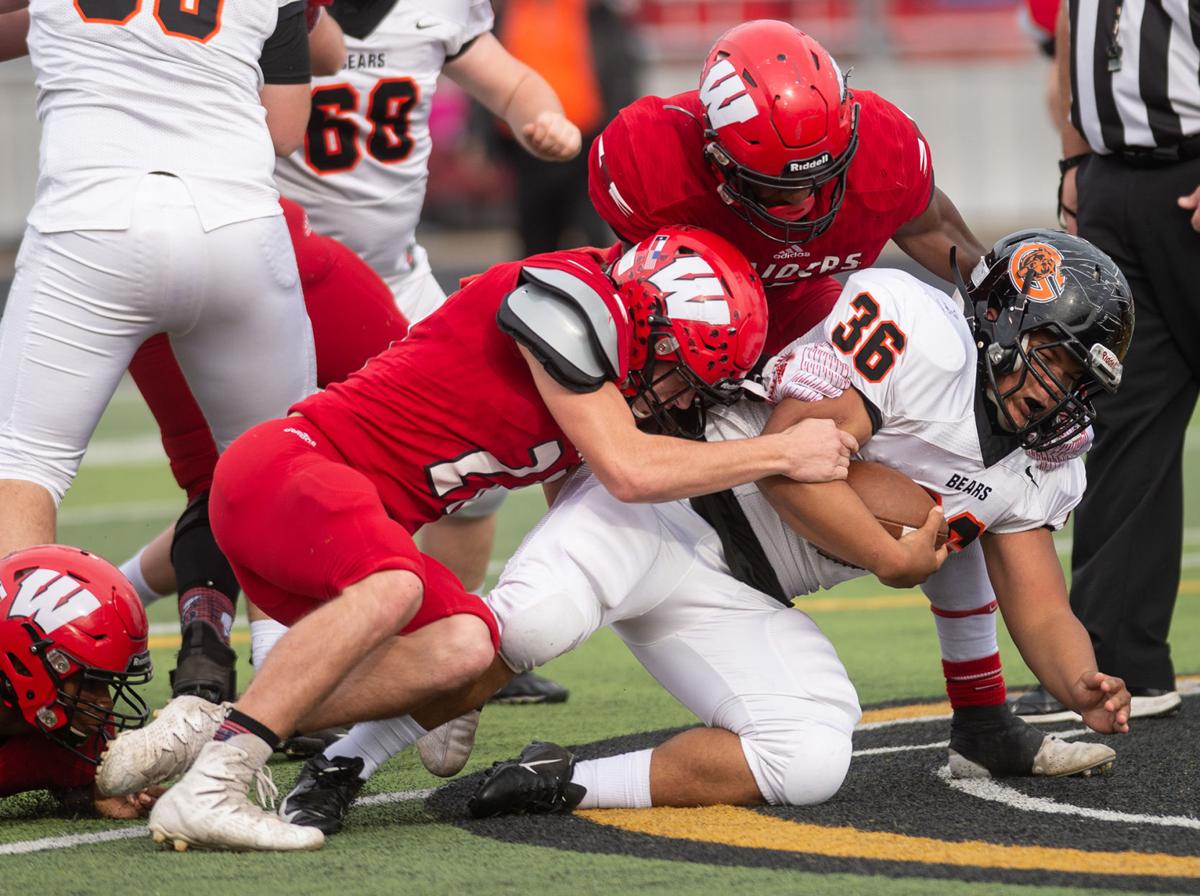 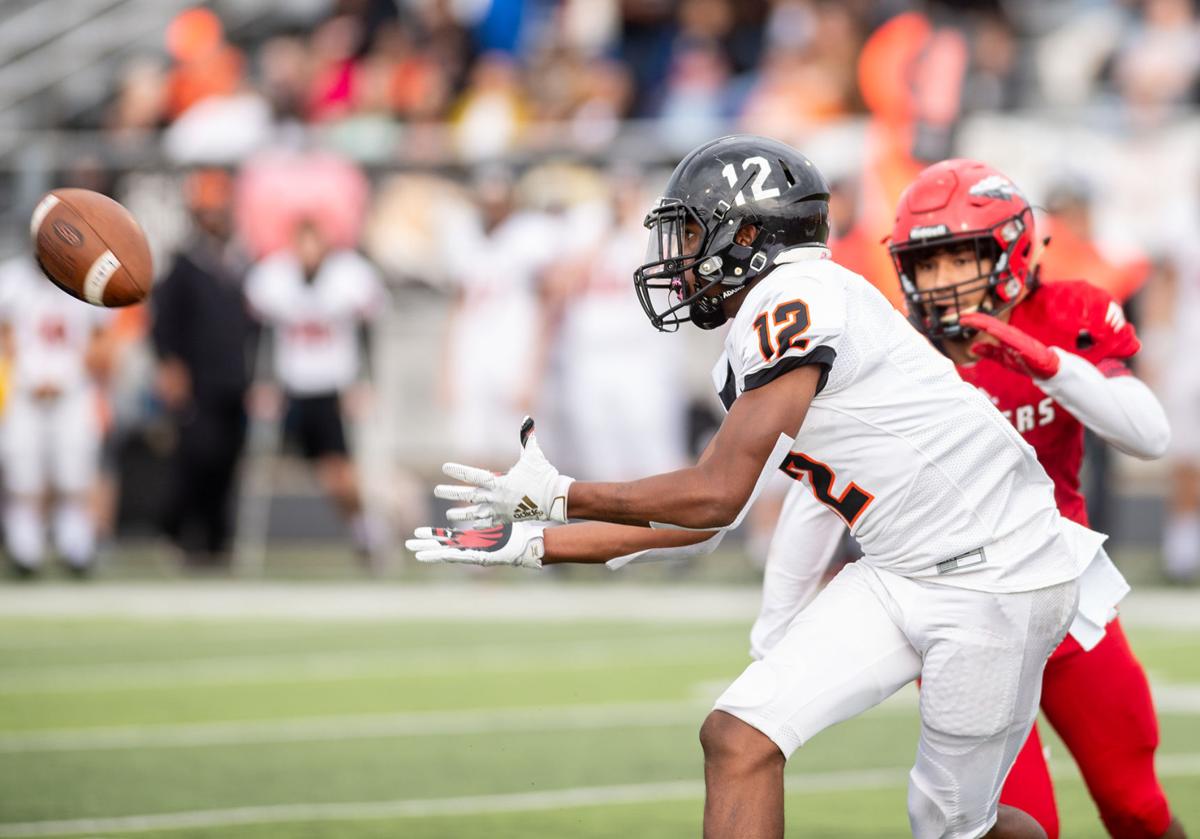 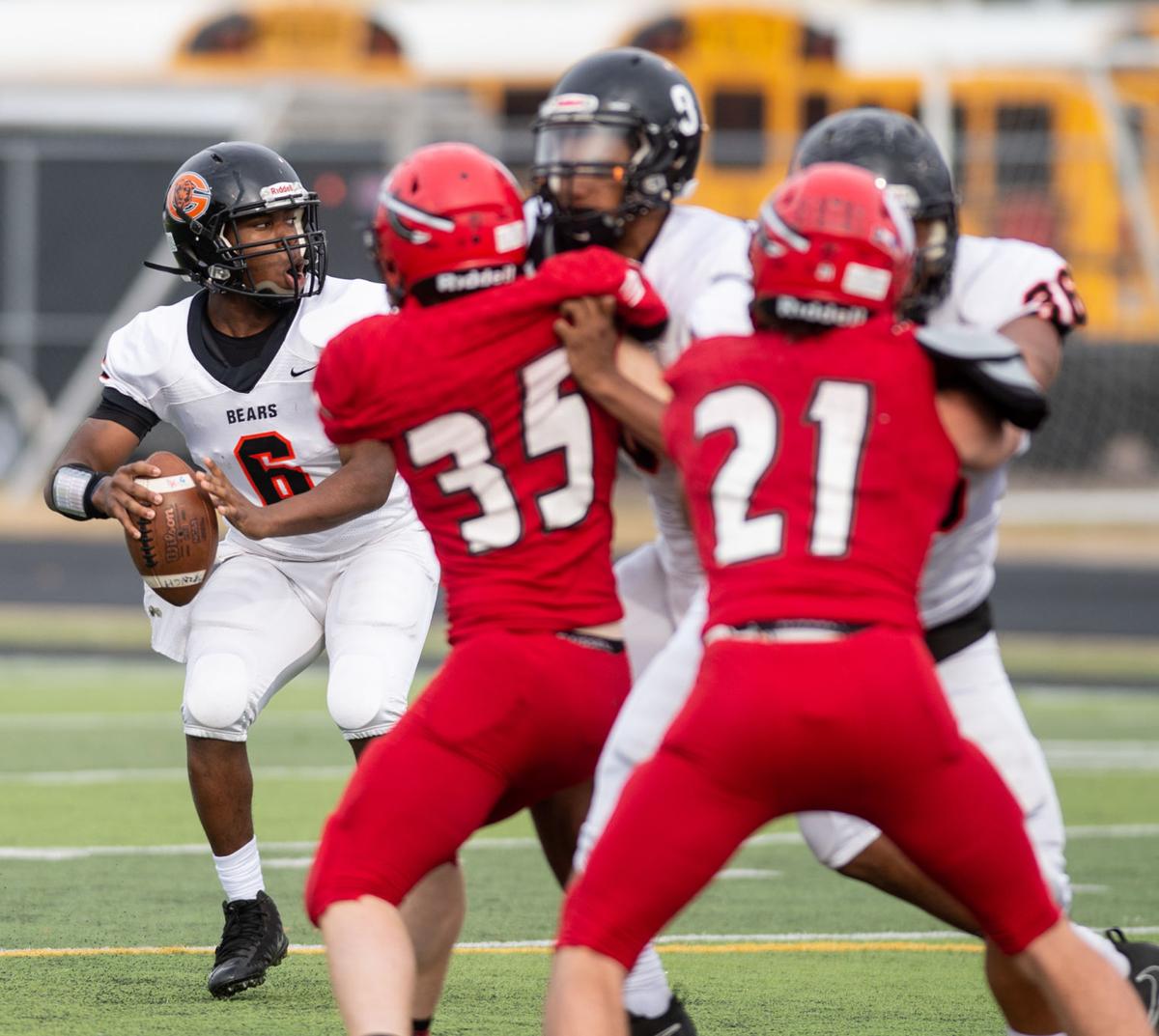 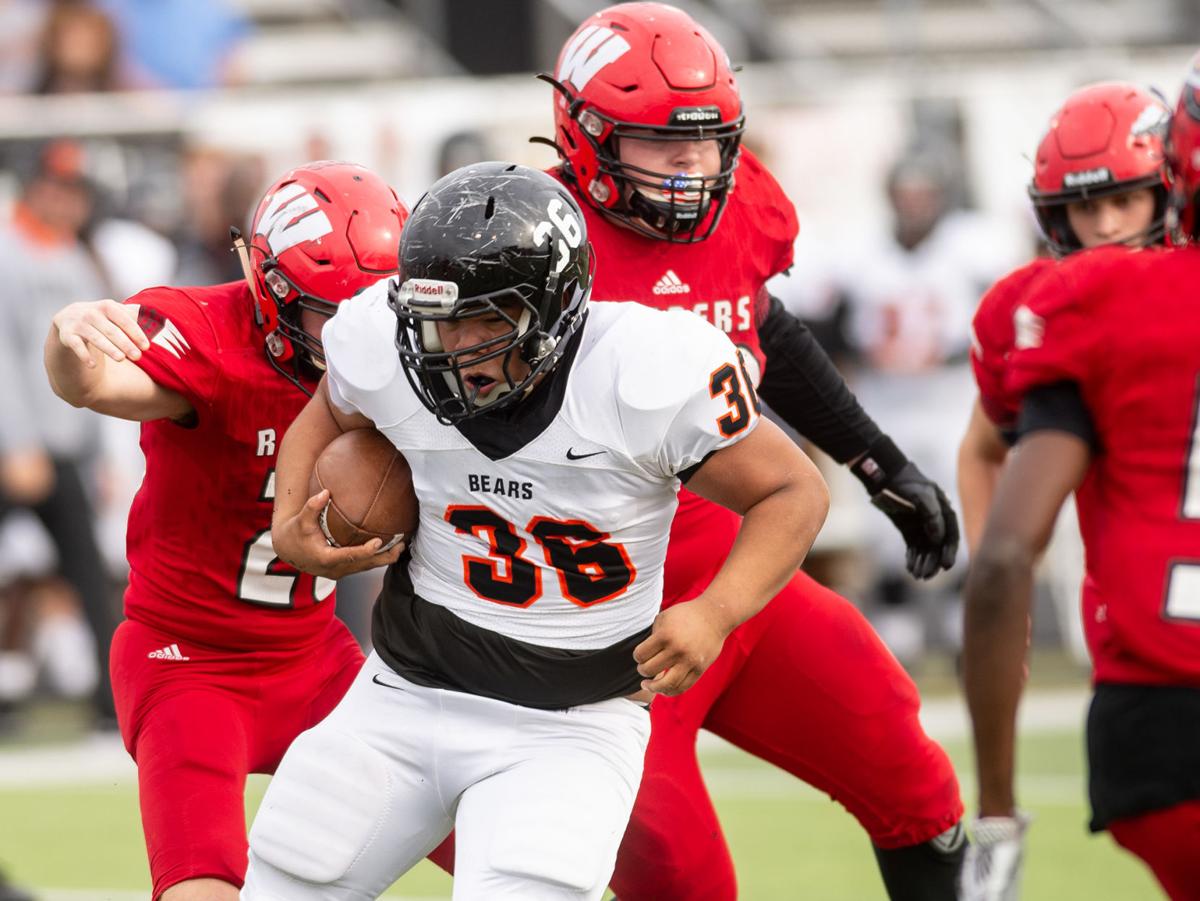 Zach Tyeskie breaks up a pass for Gladewater, on Friday November 29, 2019, during their game with Winnsboro at Mount Pleasant’s Sam Parker Field. (Michael Cavazos/News-Journal Photo)

MOUNT PLEASANT — Beating a team twice in one season is usually pretty difficult. But the Gladewater Bears made it look elementary Friday afternoon at Sam Parker Field against the Winnsboro Red Raiders.

After spotting the Red Raiders an early 7-0 lead, the Bears awoke from their hibernation to score 27 unanswered points, rolling to a thorough 27-7 Class 3A DI regional trouncing.

Gladewater, which had already dealt Winnsboro a 16-12 defeat back on Sept. 27, shutout the Red Raiders the final 41:15 of play Friday and improved to 10-3 overall. The Bears, now one of eight teams standing in Class 3A DI, will play No. 7 Pottsboro, a 38-31 winner over third-ranked Malakoff, Friday (7:30 p.m.) at Sulphur Springs.

Winnsboro, which finished 2-8 just a year ago, closes the books on a nice bounce back season with an 8-5 ledger.

The Bears and their newfound passing game continue to flourish as junior quarterback Tristan Holmes and sophomore wide receiver D.J. Allen paired up four times for 100 yards and 3 TDs. Holmes connected on seven of 11 passes for 121 yards. He added another 46 yards on four carries with the proverbial nail-in-coffin score early in the final quarter as the Bears were able to put the game on ice.

Overall, the final numbers were fairly balanced between the two teams. Gladewater rolled up 282 yards in total offense compared to a total 235 by Winnsboro. The Red Raiders rushed for 176 yards and passed for 59, while the Bears grounded out 161 to go with 121 through the air. Both teams finished with 14 first downs apiece.

“It’s obvious the difference in the game now than from the one we played back in district is what we can do throwing the football,” said Bear boss John Berry. “D.J. Allen is a difficult matchup for anyone. And Tristan can deliver the ball and that was obviously the difference.”

Gladewater took its opening drive and moved deep into Winnsboro territory as Holmes ripped off a 20-yard jaunt on a keep around right end on the first offensive snap. The Bears stalled out, however, and turned the ball over on downs at the Red Raider 32.

Winnsboro proceeded to drove 68 yards in 10 plays and drained 4:36 of the play clock. Dominique Allen, a bellcow for the Red Raiders all afternoon finishing with 102 yards on 17 carries, sparked the march with a 16-yard run. Winnsboro field general Trystn Stout connected on a 23-yard crossing pattern with Allen on fourth down to keep the drive alive.

Red Raider upback Landry Deaton bulled his way in from a yard out as Winnsboro grabbed early control with 5:15 showing in the first quarter. The lead proved short-lived as the Bears traveled 64 yards in a half dozen snaps to square things at 7-all.

Being unable to convert on third down, Holmes lobbed a pass in the flats to Allen, who went high to haul it in. After Allen gathered the pitch, he simply out-sprinted defenders 41 yards down the sideline to paydirt. Junior placekicker Justice Hassek toed the point after to make it 7-7 with 2:49 showing on the clock.

The Bears had an even shorter sojourn for their go-ahead score. Holmes and Allen teamed nicely on a 30-yard play-action post not even two minutes into the second quarter. Holmes had connected with senior tight end Jailyn Robertson a play earlier on a 12-yard bootleg. Hassek’s point after went awry and the lead was 13-7.

After trading possessions, Winnsboro moved from its 24 to Gladewater’s three when senior defensive back Robert Hodges dropped Allen for a four-yard loss on third and goal. The Red Raiders brought in Angel Hernandez for a 23-yard field goal attempt, but Hodges was able to slip through and get a hand on the ball to thwart the try.

Gladewater caught a break midway of the third quarter when senior defensive lineman Zach Tyeskie stormed through to block a quick-kick from Winnsboro’s Allen.

This set the Bears up in prime real estate at the Red Raider 20. Allen brought in an acrobatic lob toss from Holmes from 17 yards out at 7:15 to swell the lead to 20-7.

Allen was able to pull the ball for the score despite interference being called on the Winnsboro defensive back. On the ensuing Red Raider possession, Allen, playing defensive back this time, broke up a fourth down pass from Stout to Allen at 4:09 of the frame.

This set the table for Gladewater’s longest scoring drive of the contest. The Bears moved 67 yards in 11 plays and consumed 6:45 of the third and fourth quarters. Holmes did the honors on well-designed boot around right end at 9:24 of regulation.