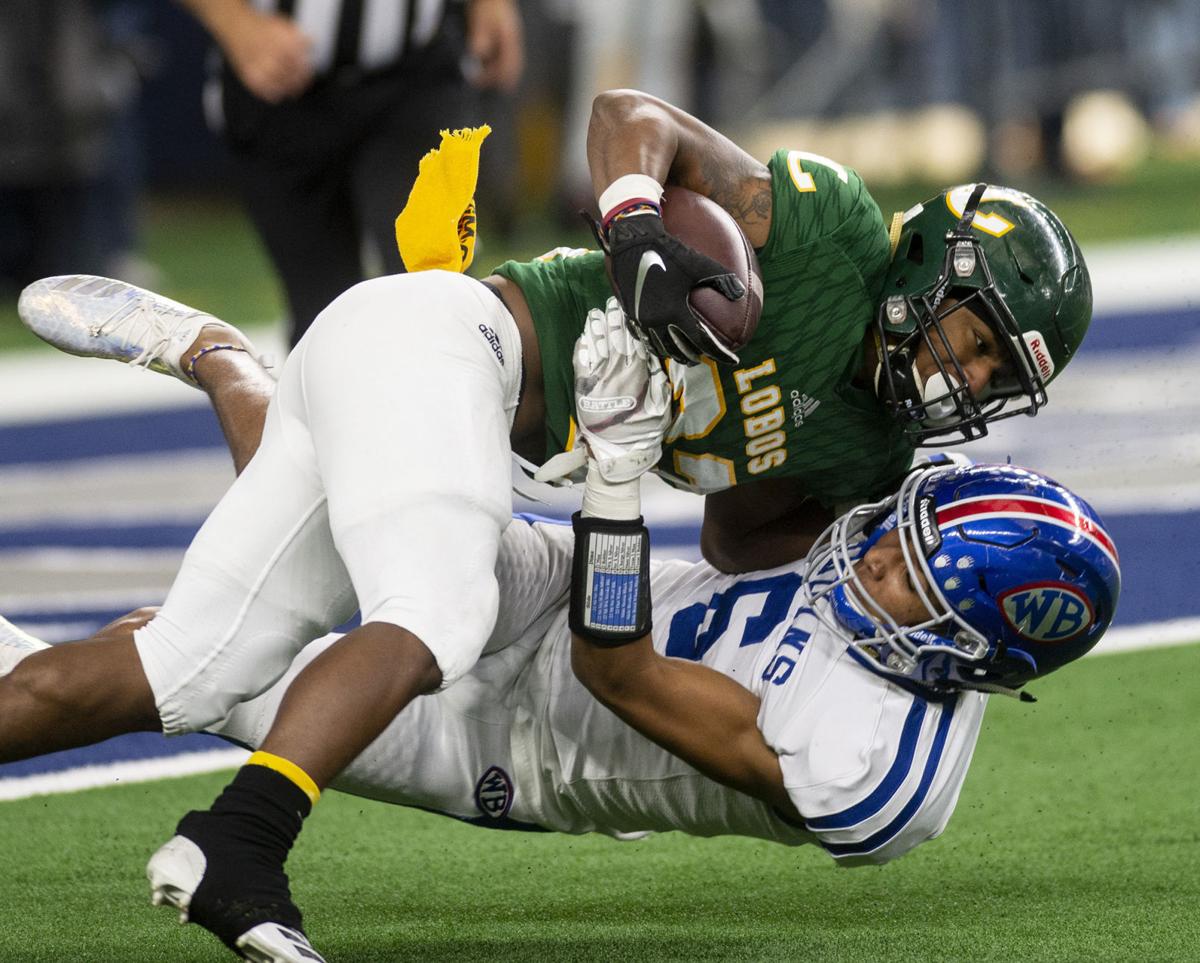 Keilyn Williams carries the ball as the Longview Lobos take on Beaumont West Brook in the Class 6A Division II state championship game on Dec. 22, 2018, at AT&T Stadium in Arlington. The Lobos have added the Bruins to their 2020 schedule. 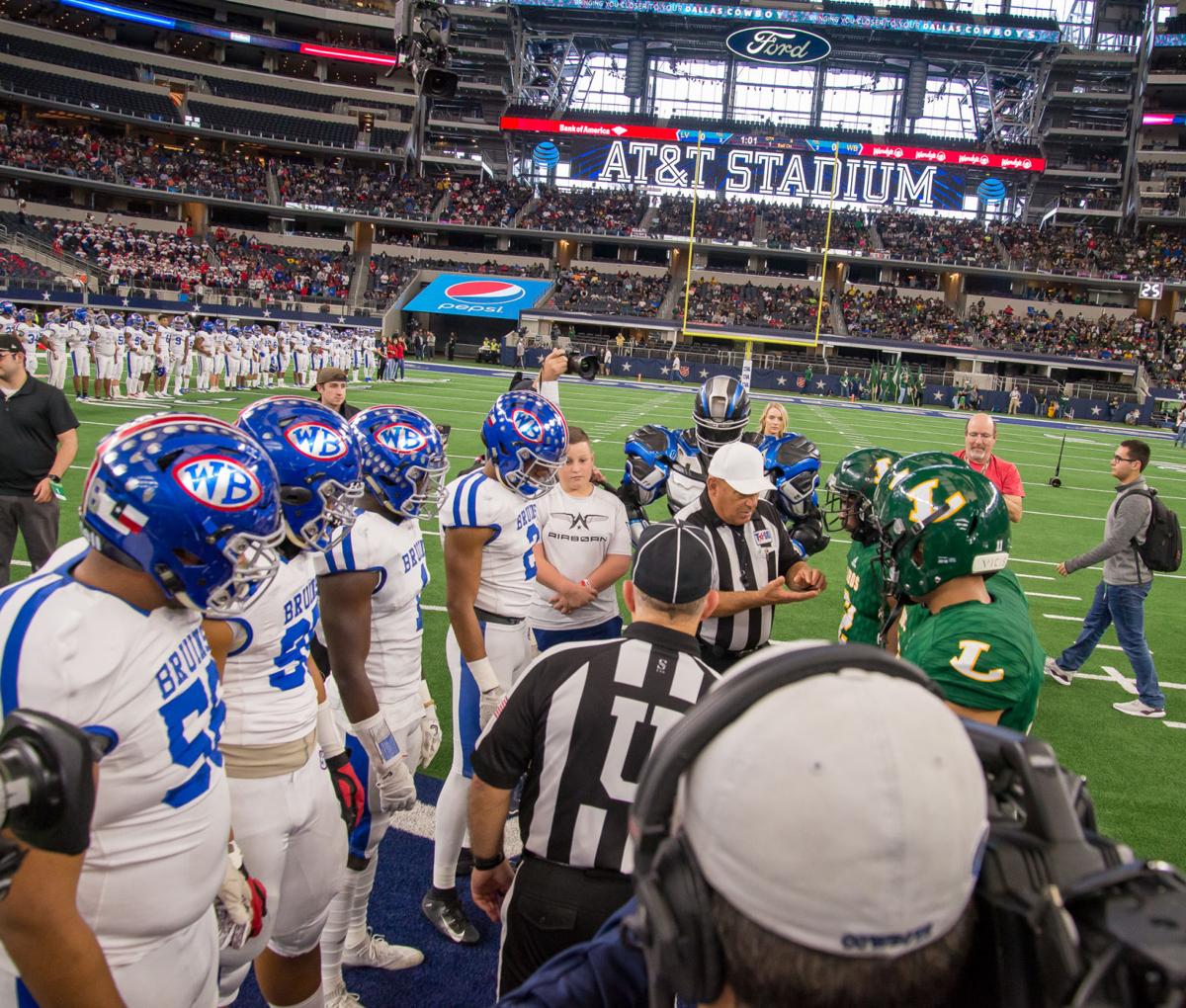 Keilyn Williams carries the ball as the Longview Lobos take on Beaumont West Brook in the Class 6A Division II state championship game on Dec. 22, 2018, at AT&T Stadium in Arlington. The Lobos have added the Bruins to their 2020 schedule.

Longview’s 2020 football schedule is full of familiar faces and places with some new ones in the mix as well.

The latest update to the season slate puts another familiar foe and site in the mix.

Longview will take on Beaumont West Brook in its Week 4 slot on Oct. 15 at Abe Martin Stadium in Lufkin, a rematch of the 2018 Class 6A, Division II state championship, Lobo head coach John King announced Wednesday.

The slot replaces Longview’s previously-scheduled game against West Monroe, Louisiana, which was set for Independence Stadium in Shreveport.

After scrimmaging Texas High at Lobo Stadium on Sept. 17, Longview will open the season against Temple on Sept. 25 at AT&T Stadium in Arlington.

From there, it’s a road trip to Marshall and the 110th meeting with the Mavericks on Oct. 2. The Lobos will open the home portion against Tyler Legacy on Oct. 9 before meeting the Bruins on neutral ground in Lufkin.

A visit from West Mesquite opens District 7-5A, DI action on Oct. 23 before the Lobos travel to Wylie East on Oct. 30.

November football features a high-profile meeting at Lobo Stadium against Highland Park on Nov. 6. Longview then takes on Sherman for the first time since 1976, according to Lobo football historian Bill Simpson, on Nov. 13 at Bearcat Stadium.

After an open week (Nov. 20), Longview hosts McKinney North (Nov. 27) before closing the regular season against Tyler High on Dec. 4 at Rose Stadium in Tyler.

Longview has continued its summer strength and conditioning program since the University Interscholastic League delayed the start of Class 5A and 6A programs in late July.

The Lobos will begin practice on Sept. 7.