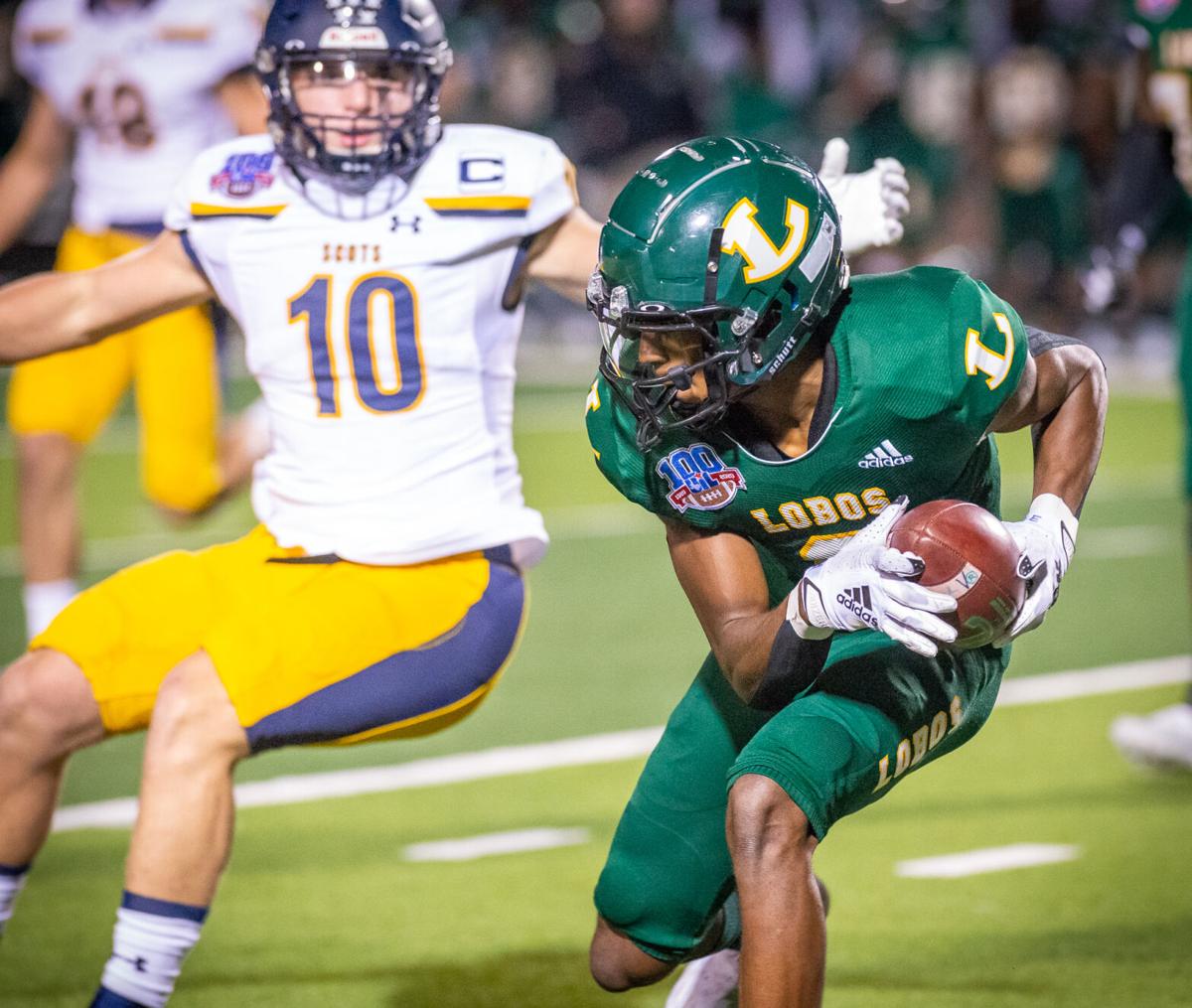 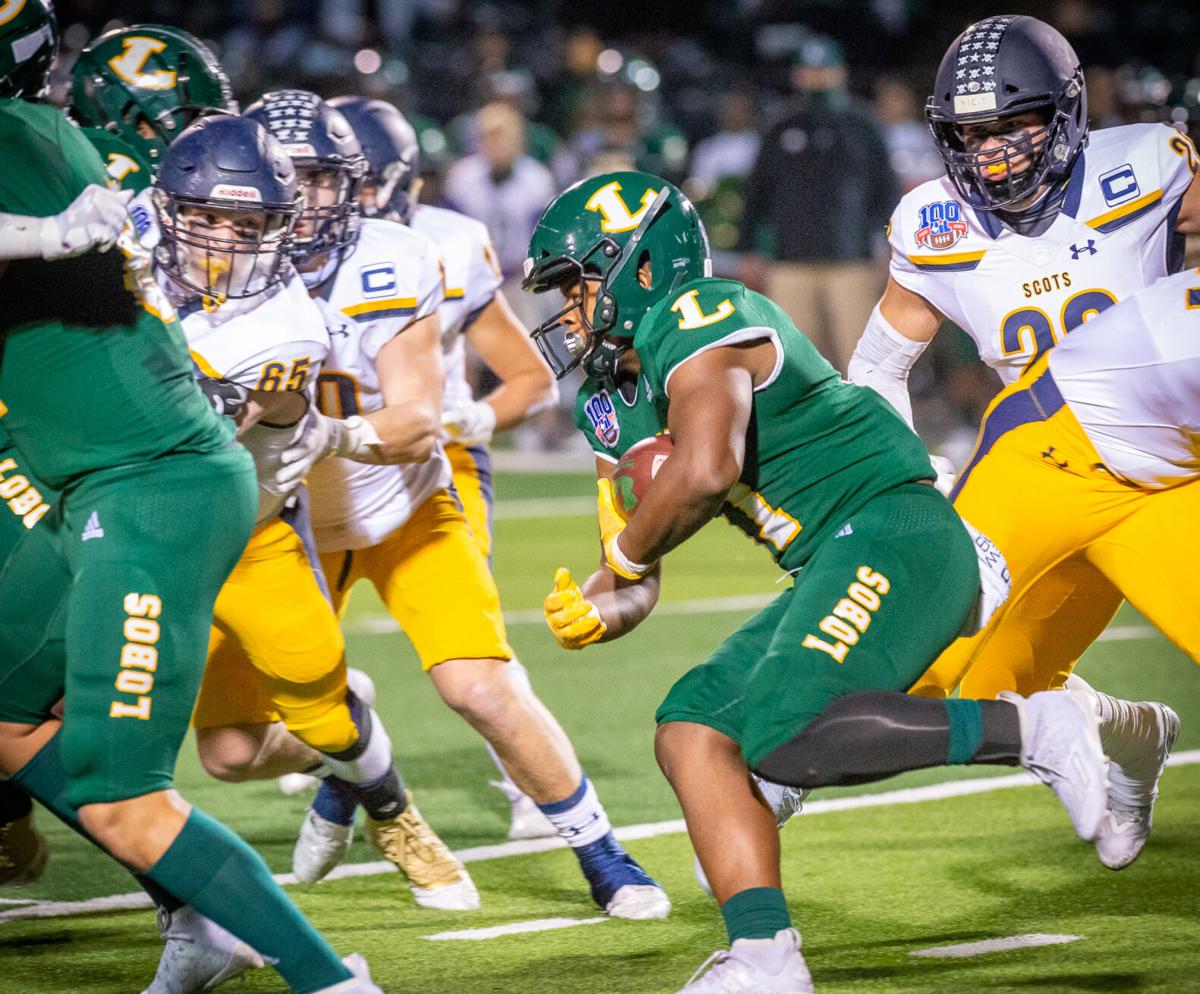 Longview showed up to work on Monday, ready to bounce back with a bad taste in their mouth and get to work.

The Lobos’ game against Sherman set for the Friday was canceled Monday due to the Bearcats’ football program getting shut down amidst COVID-19 precautions and positive tests, according to Longview head coach John King.

The cancellation, coming off the heels of Longview’s 18-13 loss to Highland Park this past Friday and ahead of its scheduled open week, puts the Lobos in a two-week break from games.

“We came down for practice, went to meetings and were ready to go when I had to break the bad news to them about having Sherman having to lock down their program. That was not an easy conversation. They were obviously upset but things are out of our control.”

Sherman shut down football, girls and boys basketball and cheer for the next seven days citing an uptick in positive cases within the district, according to Jason Della Rosa of the Sherman Herald Democrat.

The game, per District 7-5A, DI rules, will be ruled a no contest. Standings-wise, the missed game will come down to head-to-head records against common opponents and then, if that is tied, points with a max of 15, King said.

So for Longview football, it’s see you on Thanksgiving as the Lobos are set to host McKinney North at 2 p.m., Friday, Nov. 27.

“As we have all year, we’ve got to learn to handle it,” King said. “Things are happening all over the country and the state. You’ve got to do everything you can to not get shut down and I’m sure there are some of these programs that have done everything within their power and it can still happen. This is a serious situation.

“I hope that all of the kids in Sherman come out healthy, that is the biggest thing. Football is a game and it’s life when you’re dealing with this virus. Control what you can control and for us, that’s two weeks and then Thanksgiving break before we play a game.”

Longview fell to Highland Park in a tight ballgame at Lobo Stadium this past Friday after claiming a fourth-quarter lead against the Scots.

“It’s a game that we had a chance to win but didn’t make the plays down the stretch,” King said. “Too many mistakes, penalties, turnovers, missed alignments, bad calls, big plays — all the things you can’t do against a good football team like that. Like I told the kids, we’re a good team too but we’ve got to play smarter, play better, coach smarter and coach better to find a way to win those kind of ballgames.

2021 outside linebacker Kybrien Jackson-Jamerson announced his commitment to the University of Alabama-Birmingham on Monday.

On the season, Jackson-Jamerson has 34 tackles for loss, two sacks, three fumble recoveries, a forced fumble, two passes broken up and a defensive touchdown for the Lobo defense.

“But get this,” an ESPN commentator said Saturday night as Texas A&M put the finishing touches on a road win over South Carolina.

“He threw the discus in high school. How many quarterbacks throw the discus?” the commentator asked. “And he ran the 400 meters. Who do you know in track that runs the 400 meters and throws this discus?

“Haynes King, that’s the only one that I know.”

Moments later, Longview’s King threw his first collegiate touchdown pass as the No. 7 Aggies went on to rout the Gamecocks, 48-3.

King connected with tight end Max Wright for a 42-yard touchdown with 1:02 left in the fourth quarter in his second action this season as a freshman for the Aggies. He had five carries for a team-high 43 yards in the Aggies’ loss to Alabama earlier this season.

All of the above are familiar.

And he threw the football to tight end with 24 career touchdown passes to the tight ends at Longview, including 13 his sophomore season to Jaylin Brown.