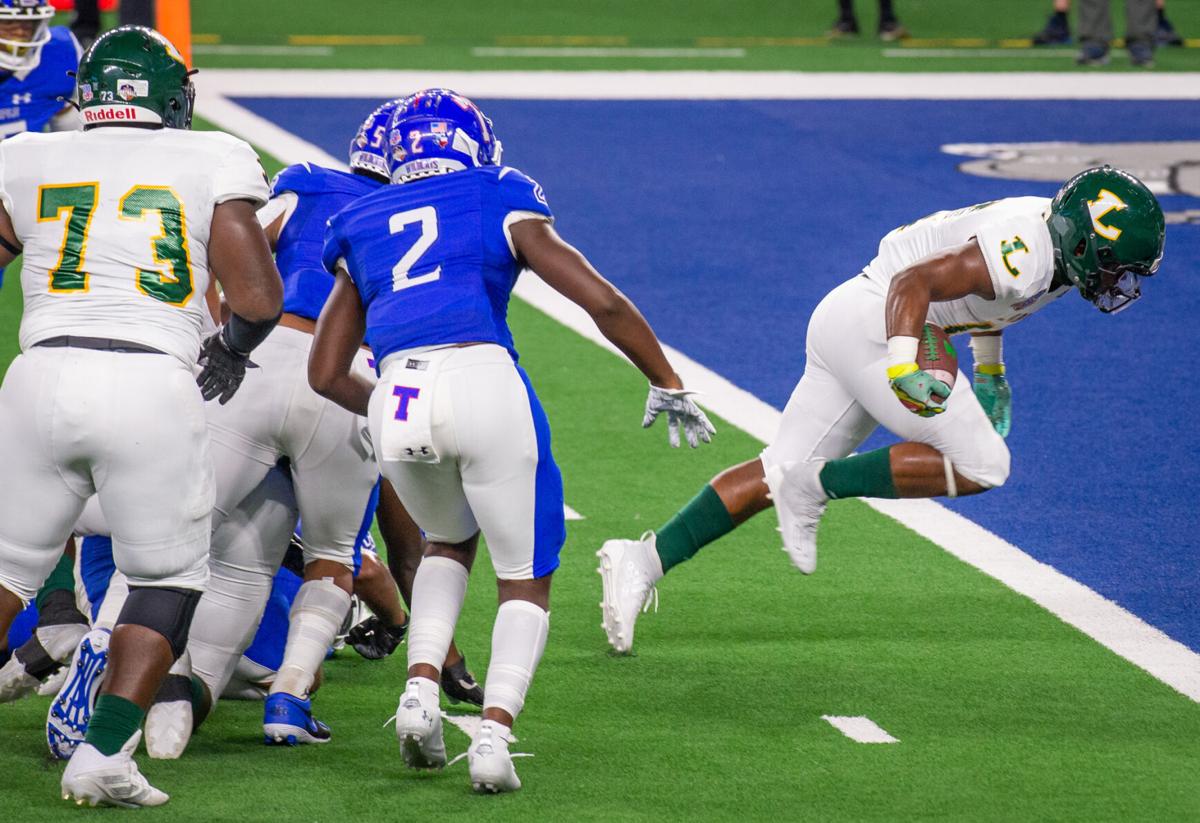 Longview’s Markevion Haynes charges into the end zone during a Sept. 25 game against Temple at AT&T Stadium in Arlington. 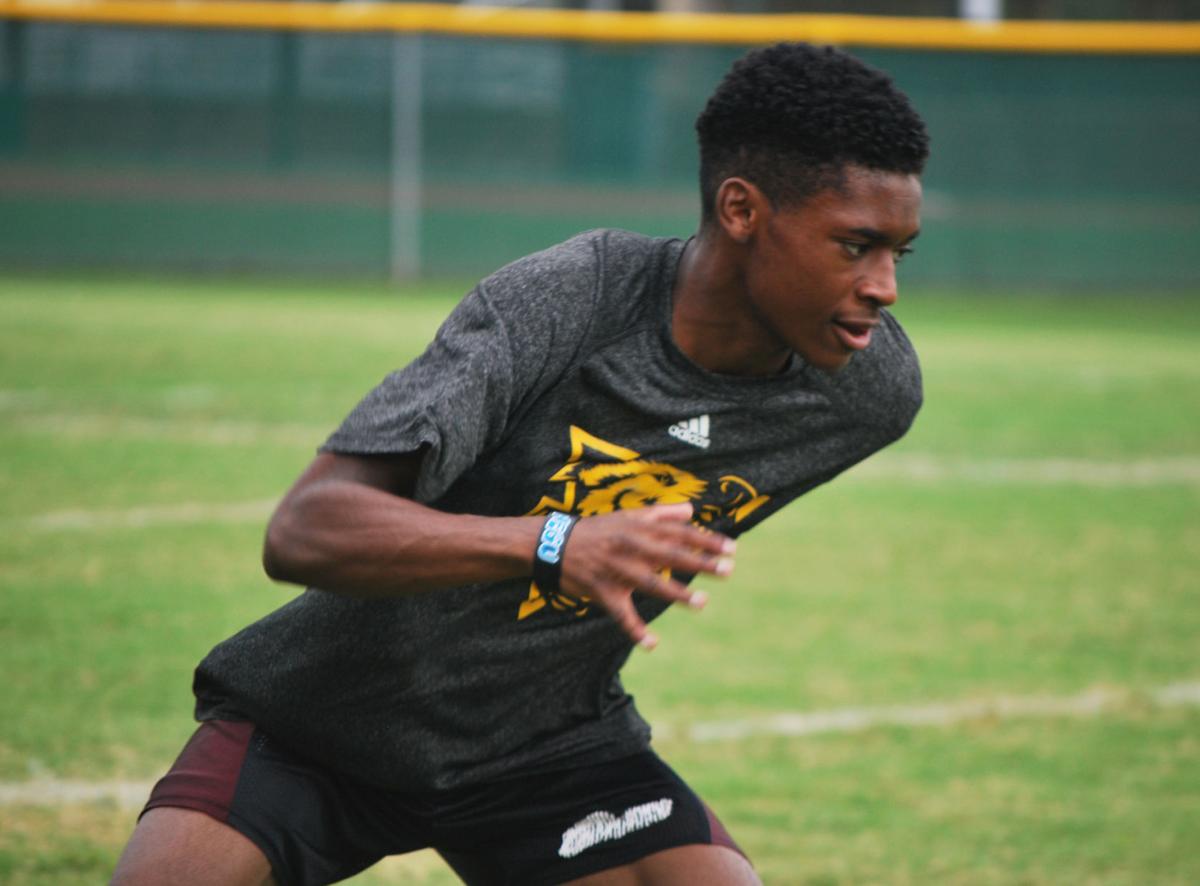 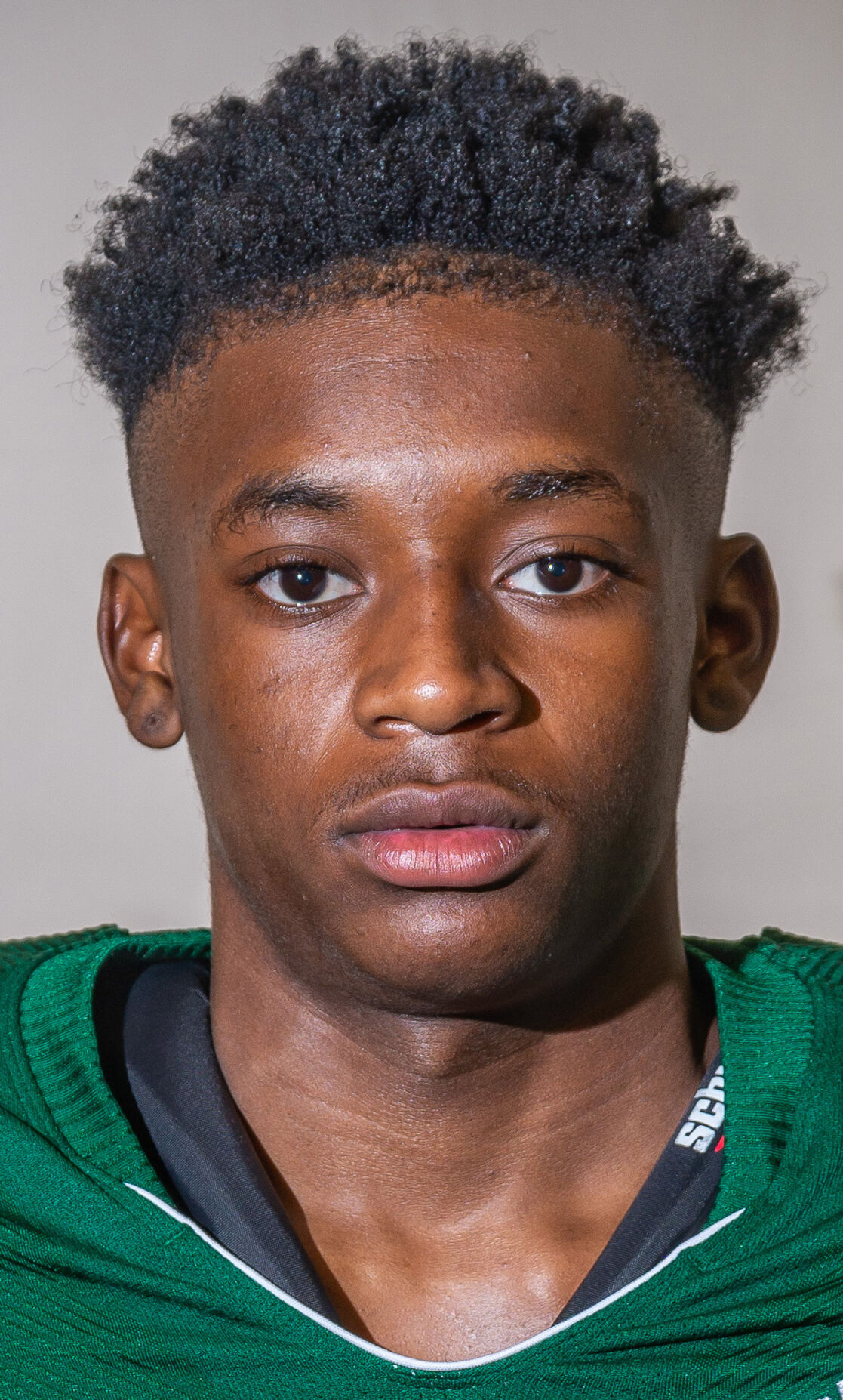 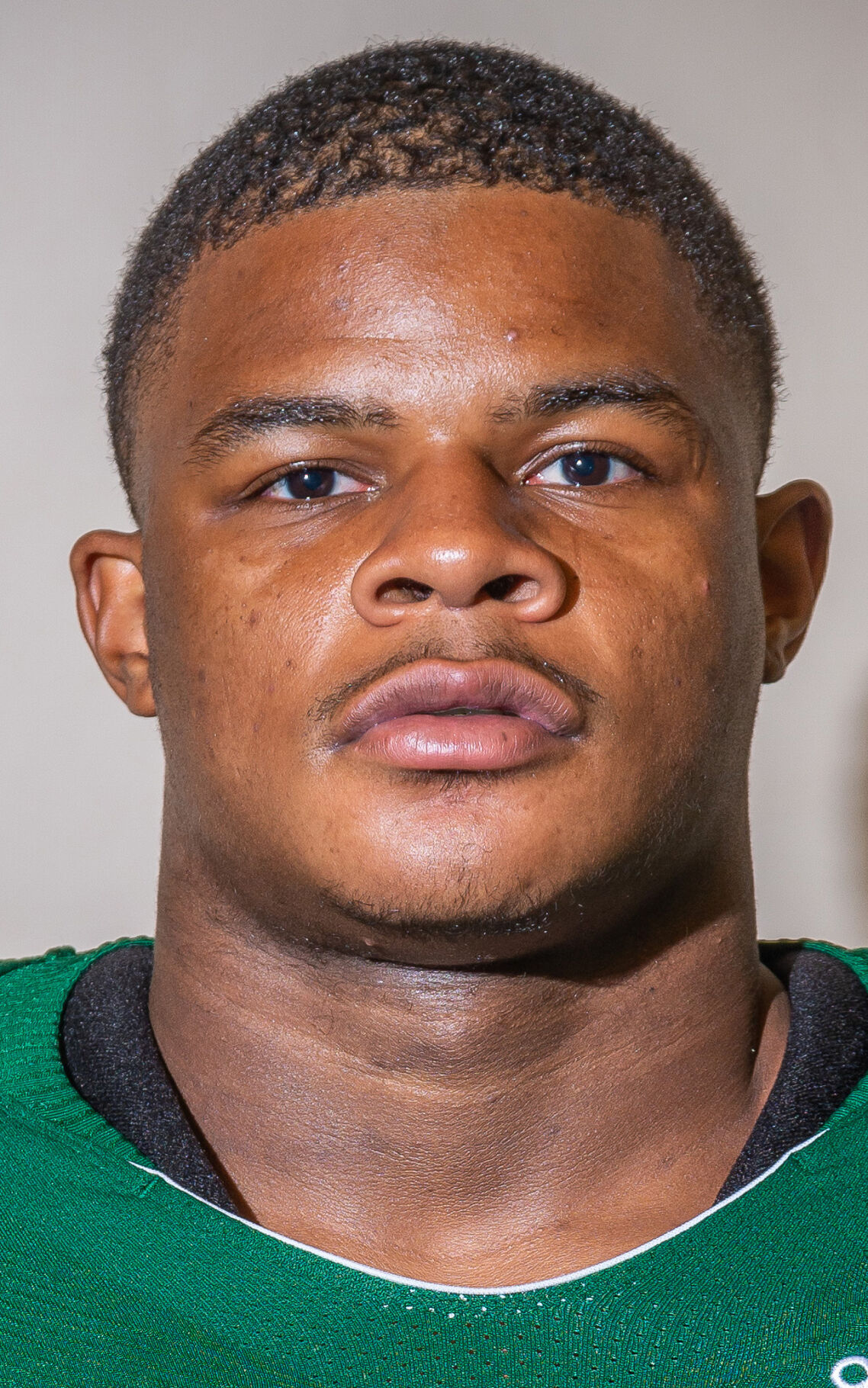 Longview’s Markevion Haynes charges into the end zone during a Sept. 25 game against Temple at AT&T Stadium in Arlington.

Markevion Haynes punched into the end zone, looked up and smiled.

Back home is how he described it.

“It was just amazing,” Haynes, smiling again, said. “Back where I belong.”

Dylan Davis remembers the day he got the word that he was cleared to return to the field.

“Oh, I was happy that day,” Davis, with maybe an even bigger smile said. “It was a good day for me.”

Haynes and Davis, both expected to be key contributors for the Lobos in 2019 during their junior season, have battled back from injuries and are ready to make up for lost time and have already started doing just that.

“They both had a long road to recovery and it wasn’t easy for them, it never is when you’re watching your teammates play the game you love,” Longview head coach John King said. “The frustrating part for both is that they were going to be a key part of what our plans were for last year but they know it’s the same and even more this year.

“You could tell from their attitudes and work ethic through it all how much this meant to them. Markevion, it was the second situation for him and it’s easy to get dejected but he worked hard. Dylan’s was a long road back and he had a smile on his face every day.”

Getting back on the field with his teammates and into the backfield with Kaden Meredith, who he simply said he feeds off, was a big drive for Haynes, who got off to a stellar start in 2019 with 95 yards and a touchdown on just eight carries. He’s got 187 yards and three rushing touchdowns and two catches for 42 yards so far this season.

“He’s a fullback that can run the dive option for us, can block out for our power run game, we can get in the gun and he can run the zone stuff and he can catch is,” King said. “It’s handy. We always talk about versatility out of the backfield but a player with his skillset is not common, I can tell you that.”

Davis said his mother played a big role in his mentality coming back from a lower-leg injury.

“It was tough but my mother just told me every day, ‘Dylan, you’ve got this,” he said. “I was going to therapy and rehab just thinking about what she would tell me to keep myself motivated.

“I lost my junior year so it’s important to show what I can do and make up for lost time.”

He came back and promptly got the CB1 spot in the Lobo secondary.

“Intelligent, savvy player that can run and he’s just matured so much,” King said. “He’s in for a strong season if he keeps working as hard as he has been.”

Both are well on their way to making up for lost time.