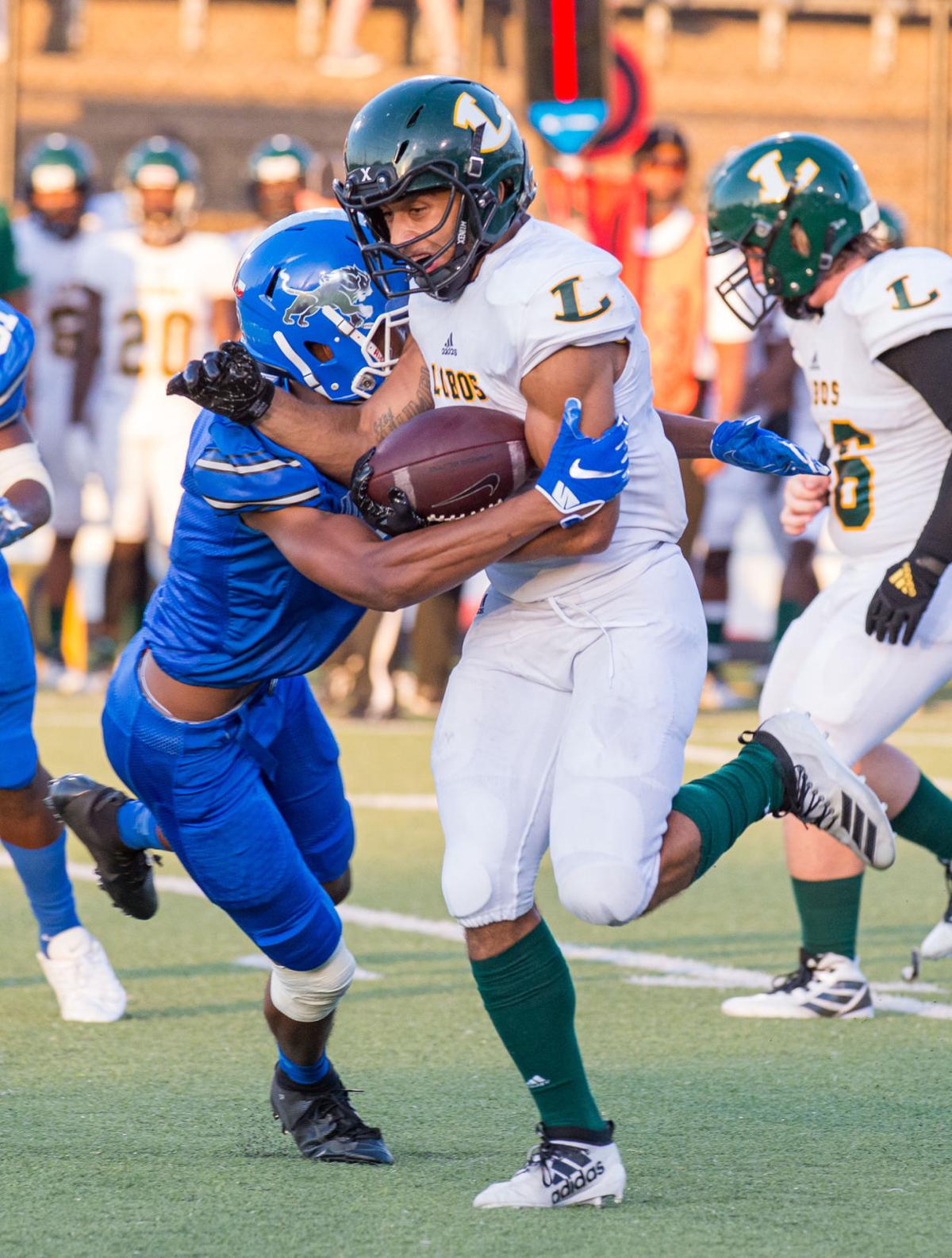 Longview came into Monday’s biennial UIL realignment only knowing that a drop in classification was certain. The destination, however, could’ve been a number of places.

Turns out, it’s back west for the Lobos.

Longview will join Highland Park, West Mesquite, Wylie East, Sherman, McKinney North and John Tyler for football in the new District 7-5A, Division I, the UIL announced on Monday morning.

The Lobos, one of three 5A, DI teams in East Texas along with John Tyler and Lufkin, could’ve ended going south as highly speculated over the past few months.

“It was a strange realignment for sure and we weren’t quite sure we were heading,” Longview head coach John King said. “You didn’t know how many teams were going to be in the league and who was going to be in there with you until that box opened up.”

The first team that jumps off the page in the new 7-5A, DI is an obvious one: the Highland Park Scots.

“Three state titles in the last four years,” King said of HP. “There are good football teams throughout the league with McKinney North and John Tyler, of course.

“I don’t know a lot about the other teams, we’ve never played them. I’m sure it’s going to be some good football and another challenging task for us.”

A theme of the new district is new faces with Longview meeting West Mesquite, Wylie East and McKinney North for the first time on the football field. The Lobos met Sherman once in 1976 and have squared off with Highland Park seven previous times with 2020 marking the first meeting since 1986.

Of the seven teams in 7-5A, DI, four teams including Longview are playoff teams from 2019. Highland Park reach the third round after three-straight state championships. McKinney North finished 10-2 in the second round and John Tyler fell in the first round of the postseason this past fall.

After a scrimmage against Texas High, the Lobos will open the season in a playoff rematch from 2019 against Temple at 8 p.m., Friday, Aug. 28 at AT&T Stadium in Arlington.

From there, the Lobos travel to Marshall for the 109th overall and 88th-straight meeting between the two teams. The second neutral-site game is set for Week 4 against West Monroe at Independence Stadium in Shreveport, Louisiana.

Then it’s off to the unknown.

Longview will host West Mesquite and travel to Wylie East in Week 5 and 6.

Highland Park then comes to Lobo Stadium on Oct. 9 before the Lobos make their longest road trip of the season — 360 miles rountrip — to Sherman on Oct. 16.

After an open date on Oct. 23, McKinney North comes to town before the Lobos and Lions close out the regular season on Nov. 6 at Rose Stadium.

While not on the schedule, Longview and Lufkin have squared off every year since 2005, whether it was a non-district, district or playoff contest. That matchup remains a possibility with the Panthers aligning in the bi-district round out of District 8-5A, DI, which includes Lufkin, Cleveland, College Station, Conroe Caney Creek, Magnolia, Magnolia West, New Caney, New Caney Porter and Waller.

Also announced on Monday, the basketball and volleyball realignment, which is also expected to include soccer, baseball and softball, has a local flare.

“Getting the old gang back together in a way with our other sports,” King said. “It’s less travel, more people in attendance and a competitive group of teams. These are athletes that have grown up competing against one another in youth sports or club ball so chances are that they’ve probably crossed paths in the past throughout East Texas.”

The Longview Lobos will be in a district Highland Park, John Tyler and others with the release of the 2020-2022 University Interscholastic Lea…