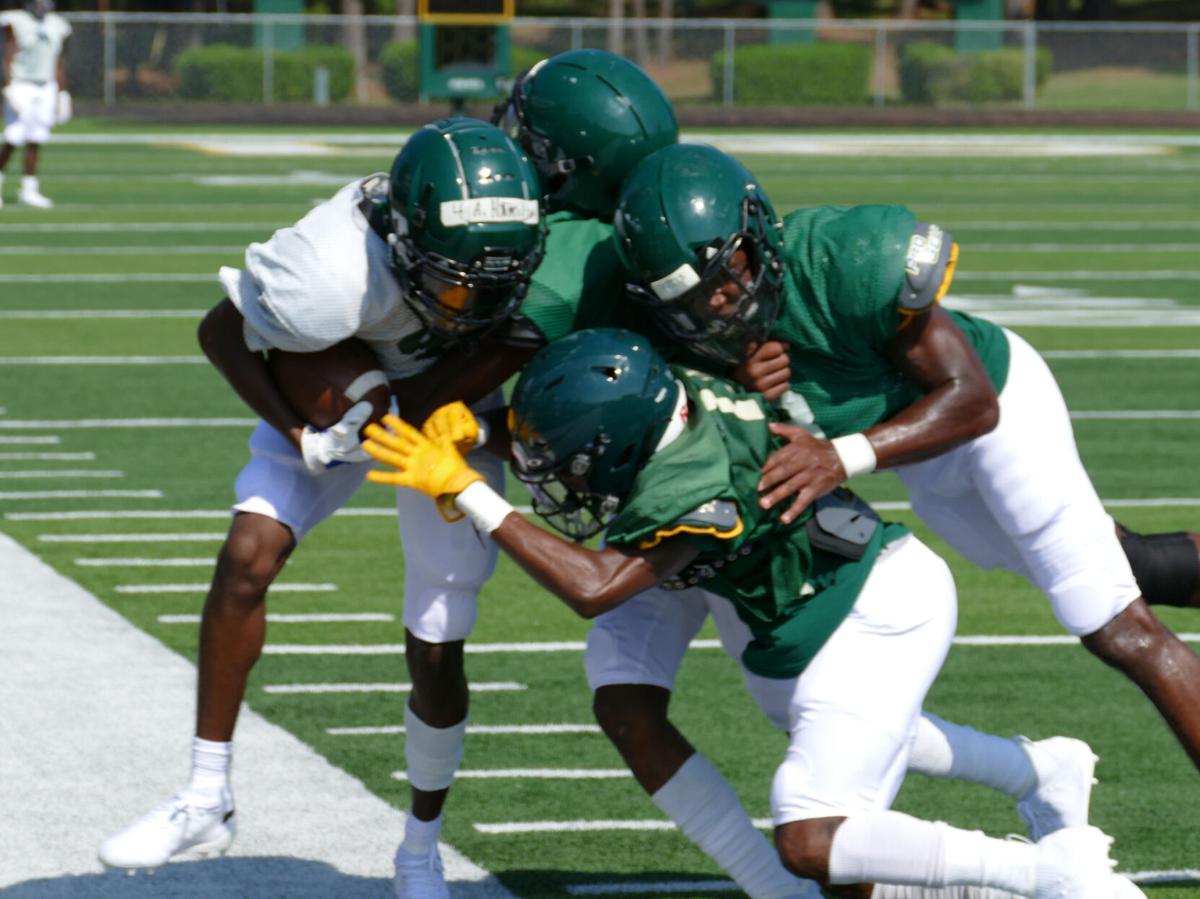 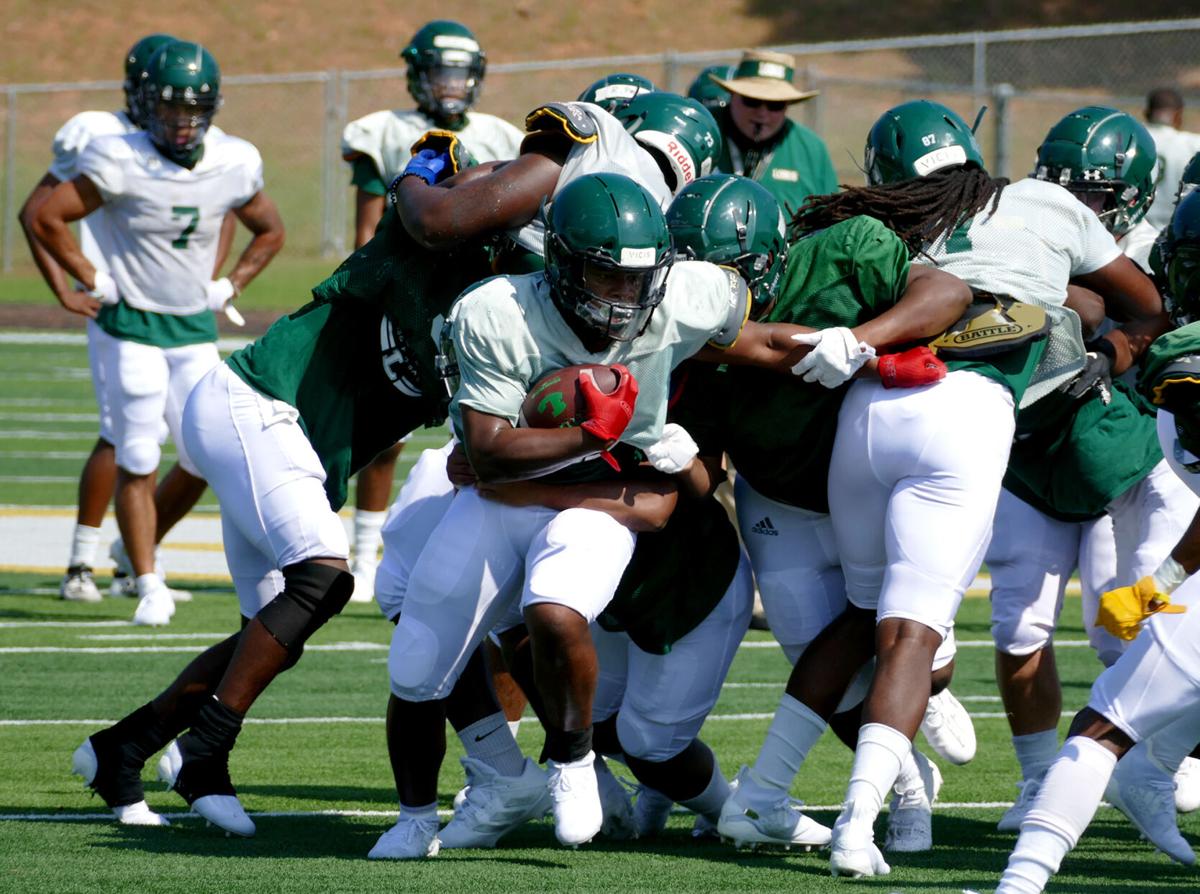 This season started slow and picked up in a hurry for Class 6A and 5A teams in Texas.

Just like that, it’s time for the lone preseason dress rehearsal and a test before the regular season kicks off.

Longview expects just that, a test, as the Lobos play host to Texas High in a tuneup tonight at Lobo Stadium. The freshman and junior varsity portions begin at 5 p.m. The varsity is set for 7 p.m.

“It’s been a grind since the start,” Longview head coach John King said. “We had all the preparation to start in August then had to put on the brakes. Then it’s three weeks of practice in the athletic period, which we’ve never done before and had to plan again. Then it’s practice, boom, scrimmage, boom, game.

King wants to see the usual stuff that coaches look for in a scrimmage — how his team lines up against someone wearing a different color jersey, how they manage the game and how they execute. Those basics are amplified this season for the Lobos, who have inexperience on both sides of the ball.

“This is a game-like situation and will be the first like it for a lot of these players,” King said. “It’ll be interesting to see how our inexperienced and young-in-spots football team handles the various situations.”

Texas High will provide that test for Longview, particularly on offense. The Tigers return seven of their 13 starters on defense and 19 lettermen overall. Led by defensive lineman Clayton Smith, an Oklahoma commit, the Tigers return starters up front, at linebacker and in the secondary.

On offense, quarterback Rian Cellers is a Mississippi State commit.

Longview is breaking in a number of spots on offense, including the offensive line with one starter back. That’ll be an area of focus tonight.

At quarterback, sophomores Landyn Grant and Jordan Allen will split varsity reps with junior Isaiah Harris in the mix as well.

“Stay on schedule and manage the down and distance,” King said. “We’ve got inexperience out there in spots so that will be a bigger key than usual. We’ve got to mix in some explosive plays in there as well.”

Defensively for the Lobos, it’s more of the same as far as what needs to happen in the scrimmage, which will feature two 12-play series with both the first and second teams, a kicking portion and then a 15-minute live quarter with the first teams and a 10-minute set with the second teams.

“The biggest thing is getting aligned properly,” King said. “That was an issue at times during our intrasquad scrimmage but it’s been a decent week in practice. Make the call and then go get after it. Their biggest thing will be adjusting to what they see and making the proper call.”

Anchored by Joe Jones, the line has a number of players in the mix — Dekayron Stanford, Jahkamian Carr, Trevor Tamplin, Jessie Fairchild — and has been heavy in rotation.

Elsewhere, the Lobo defense returns a number of experienced players and the secondary should get a solid test from the Tigers.

Admission will be $3 and only credit card payment will be accepted. All proceeds will benefit the Texas High School Coaches Association’s ‘Our Day to Shine’ benevolent fund.

King said Longview fans will need to sit on the home side, Texas High fans on the visitor side and that face coverings and social distancing will be required.