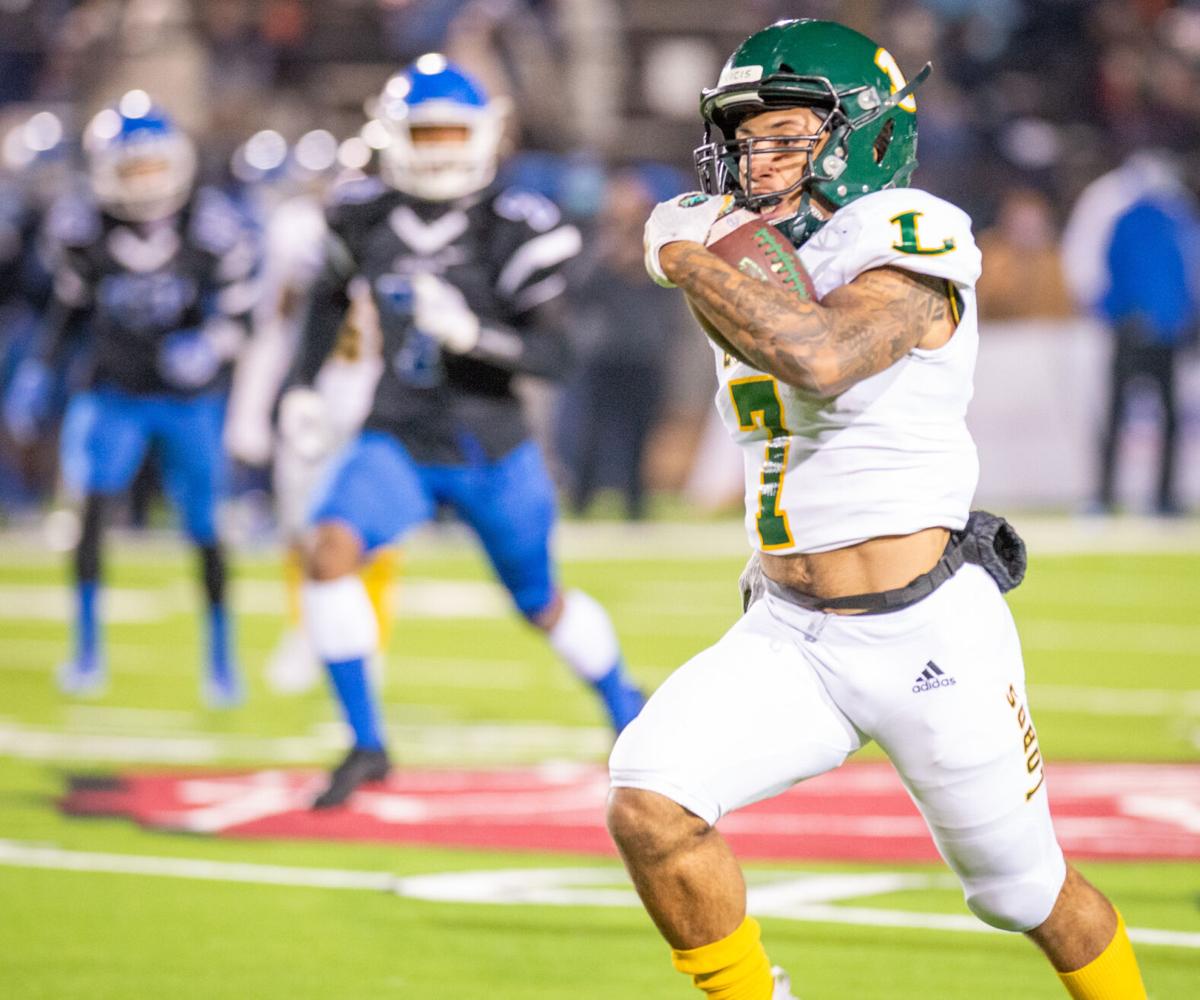 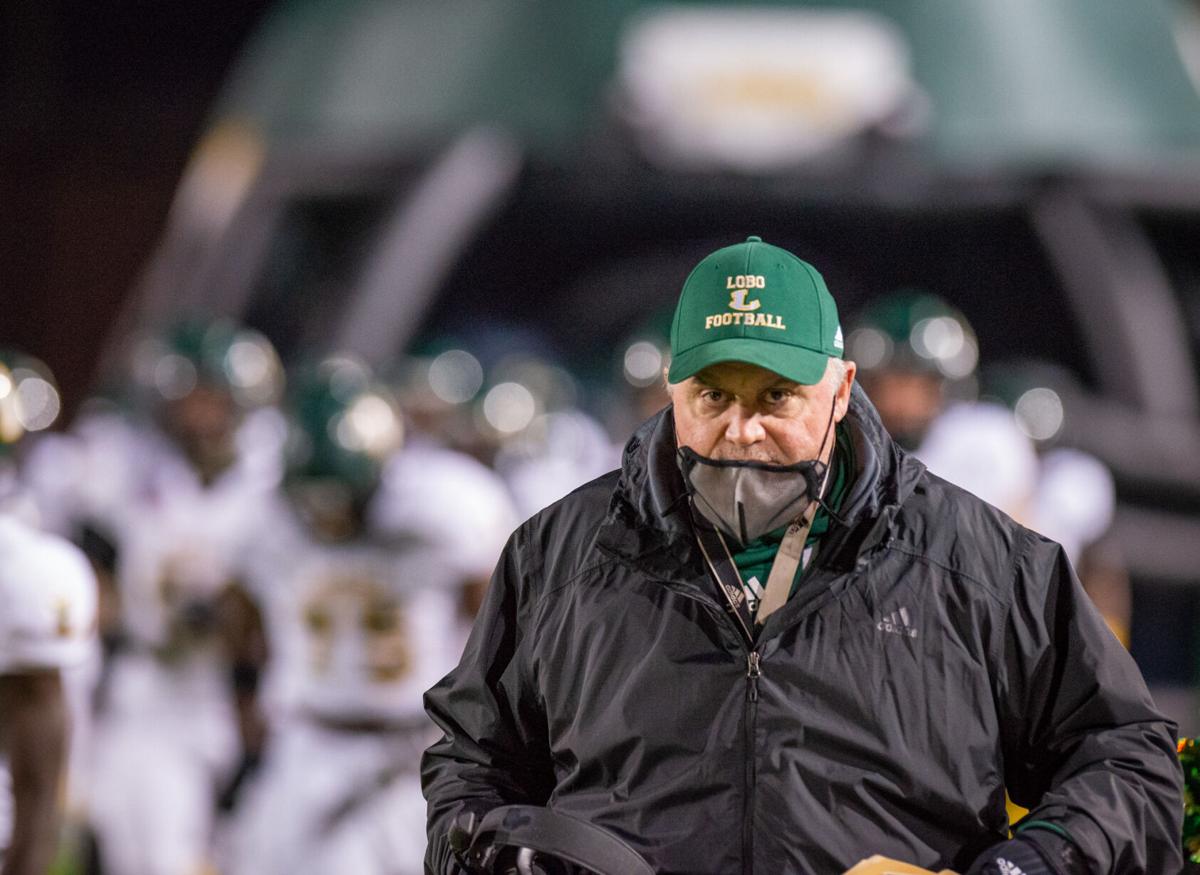 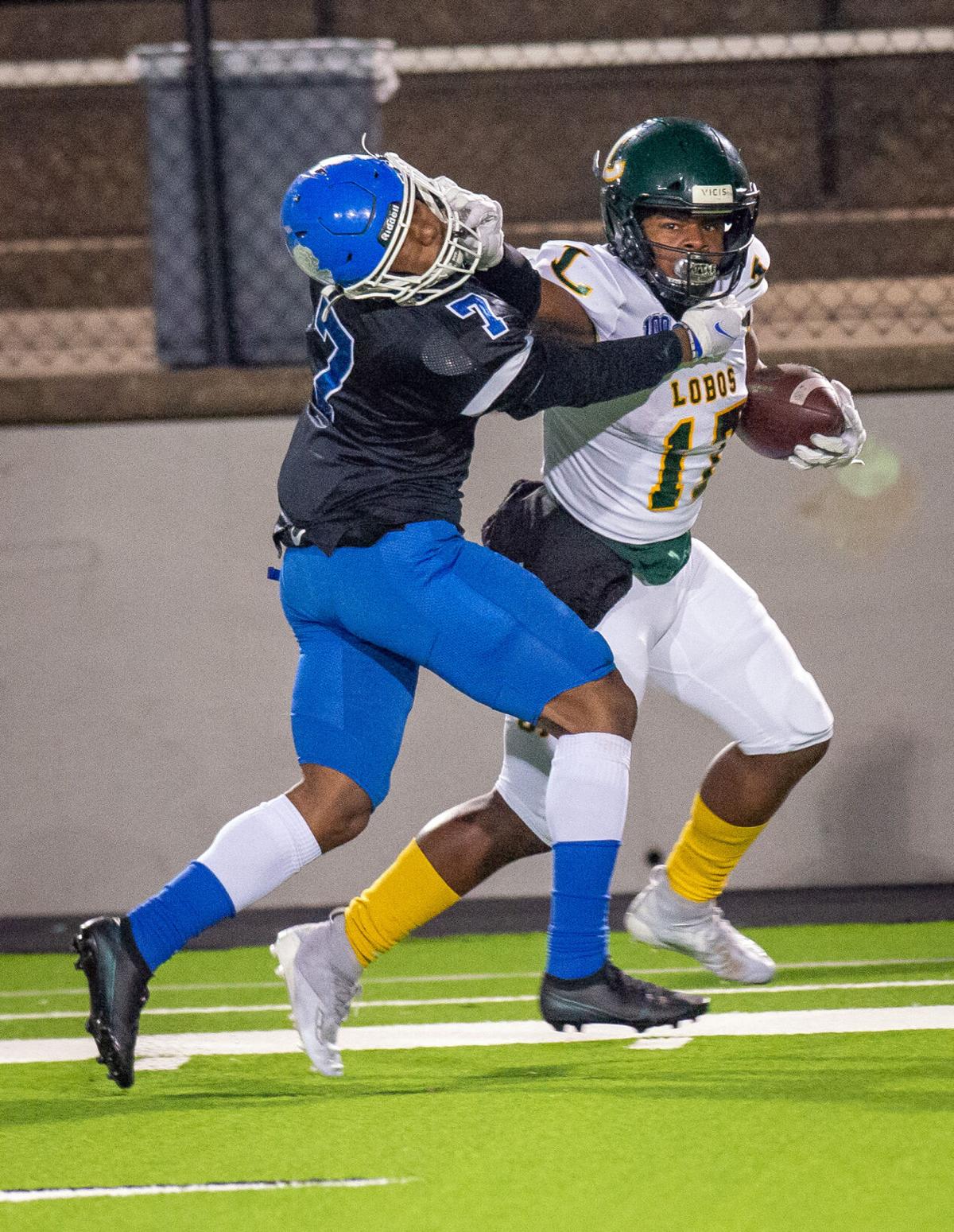 Longview’s Markevion Haynes battles as he runs down the sideline during Friday’s game against Tyler.

Longview’s Markevion Haynes battles as he runs down the sideline during Friday’s game against Tyler.

Learn, adapt and move on.

If there’s a theme for 2020 in football or just in every day life, that’s it, Longview head coach John King noted late Friday night after the Lobos wrapped the regular season with a dominant win over Tyler High.

“They’ve powered through everything that everyone has had to deal with and it says a lot about these kids, both here and everywhere,” King said. “There’s been nothing like this and hopefully there won’t be ever again.

“It’s just been a mental grind from the start. It’s a testament to these kids and what they’re about. Whatever the situation has been, they’ve adapted to it and found a way to overcome it.”

The unknown accompanied Longview into the 2020 season from the start. With a number of spots to fill on a team, a new classification and a new district, it’s been a roll with the punches season and a lesson has accompanied each step of the way.

“No doubt, this was a learn as you go season with everything going on,” King said. “There were a lot of unknowns coming into the season, into realignment, even before COVID hit. We had several spots to fill on a new football team. Then realignment, which included teams we’ve never seen before or teams we haven’t seen in 40 years or whatever.

“Then a pandemic hits.”

Like everyone, they weren’t sure it was going to happen. A quarantine that wiped out what would’ve been a crucial spring, a late summer start then a delay to the season altered the course of the 2020 season.

“As long as you can learn from a loss or any kind of setback, then, I guess, you could consider it a good thing,” King said. “That was a perfect storm with so many factors but you’ve got to take the stuff you didn’t do well and correct it. You’ve got to learn or it’ll just anger you. You’ve got to use it to find out about yourself. That’s adversity and that’s life.

“I thought our kids responded the right way, just as they have the rest of the way.”

King cited wins over Tyler Legacy and Beaumont West Brook as big wins for the Lobos. Then came the highly-anticipated showdown with Highland Park, a game that slipped away from them late in an 18-13 loss. They dealt with COVID issues in a canceled game with Sherman that sent them 21 days without a game.

“After that first one, the rest of the year was pretty solid,” King said. “Even the Highland Park setback, which stung everyone around here, was a hard-played game from our kids that showed their toughness. We just had a couple too many mistakes that you can’t make against a good football team but, again, they responded. We had to deal with a long break, which was tough, but, again, they handled it.”

ET Football: By the Numbers: Longview vs. Tyler High

The Lobos took care of business in dominant fashion the rest of the way, averaging 42 points per game and allowing 20 points, in a nine-game season for a 7-2 year.

And now, the postseason arrives for the 20th consecutive and with it, 2020 showed a little sense of humor.

Longview will open the postseason against longtime rival Lufkin, setting up yet another Lobo-Panther showdown. Kickoff is set for 7:30 p.m. Friday at Lobo Stadium.

“The football gods are at work,” King said with a laugh. “We had them on the schedule but realignment erased that. The old East Texas matchup. It’s 2020, what else could you expect.

“Once you heard and saw that it was even an option, you just knew it was going to happen.”

TYLER — Kaden Meredith will get a chance to break a Lobo record inside Lobo Stadium.