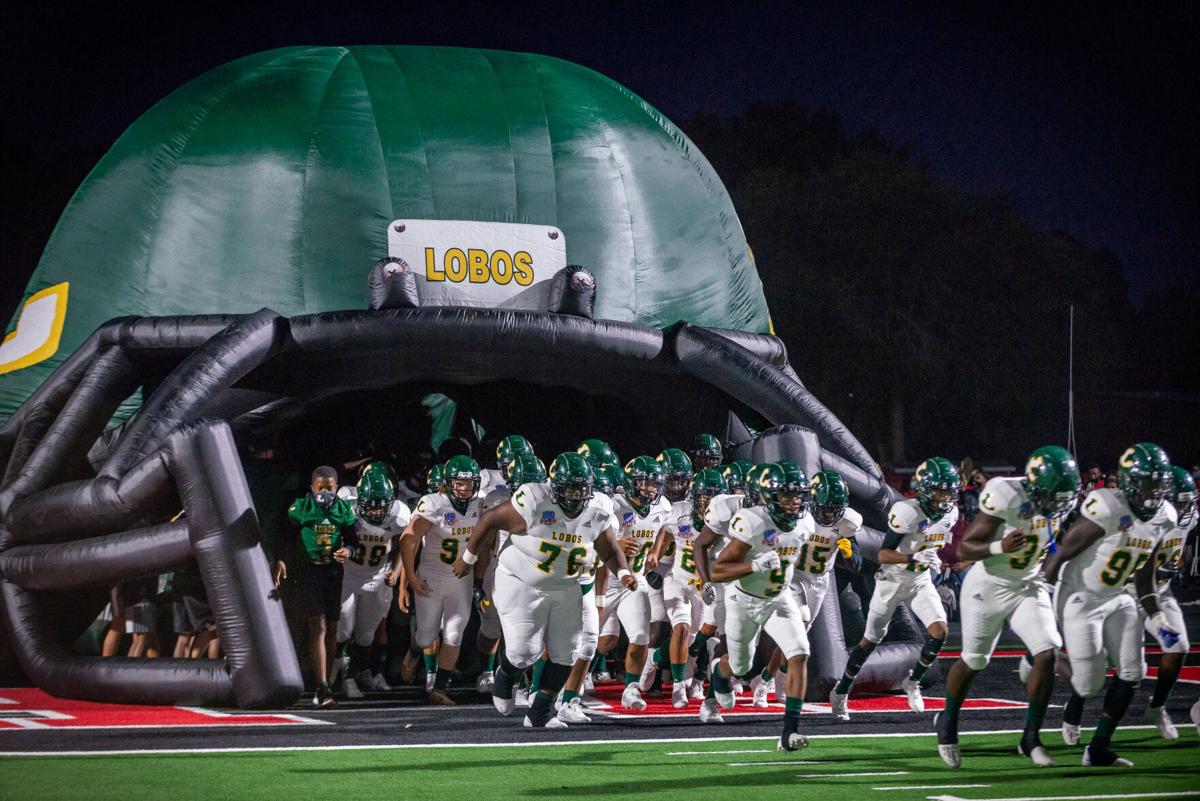 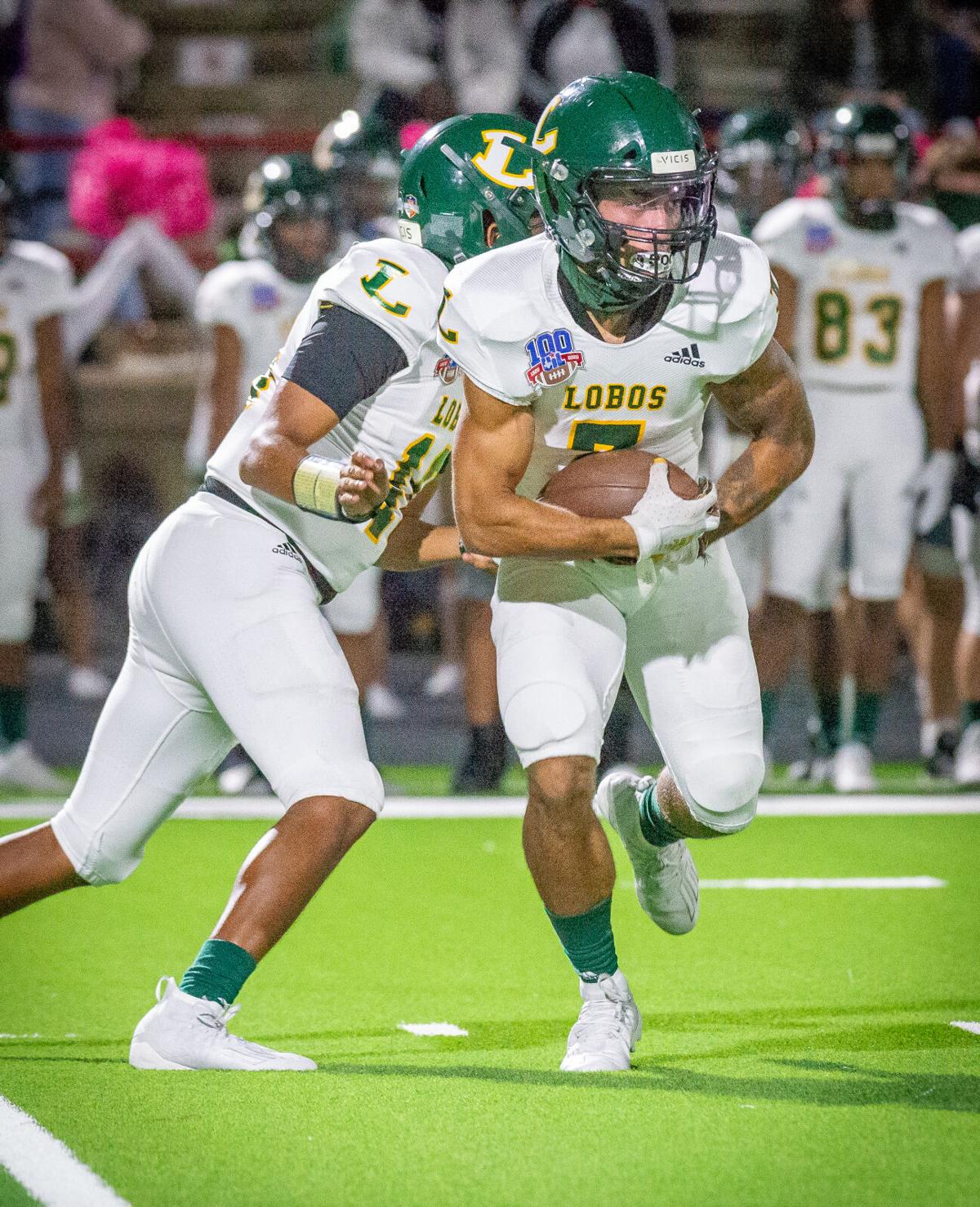 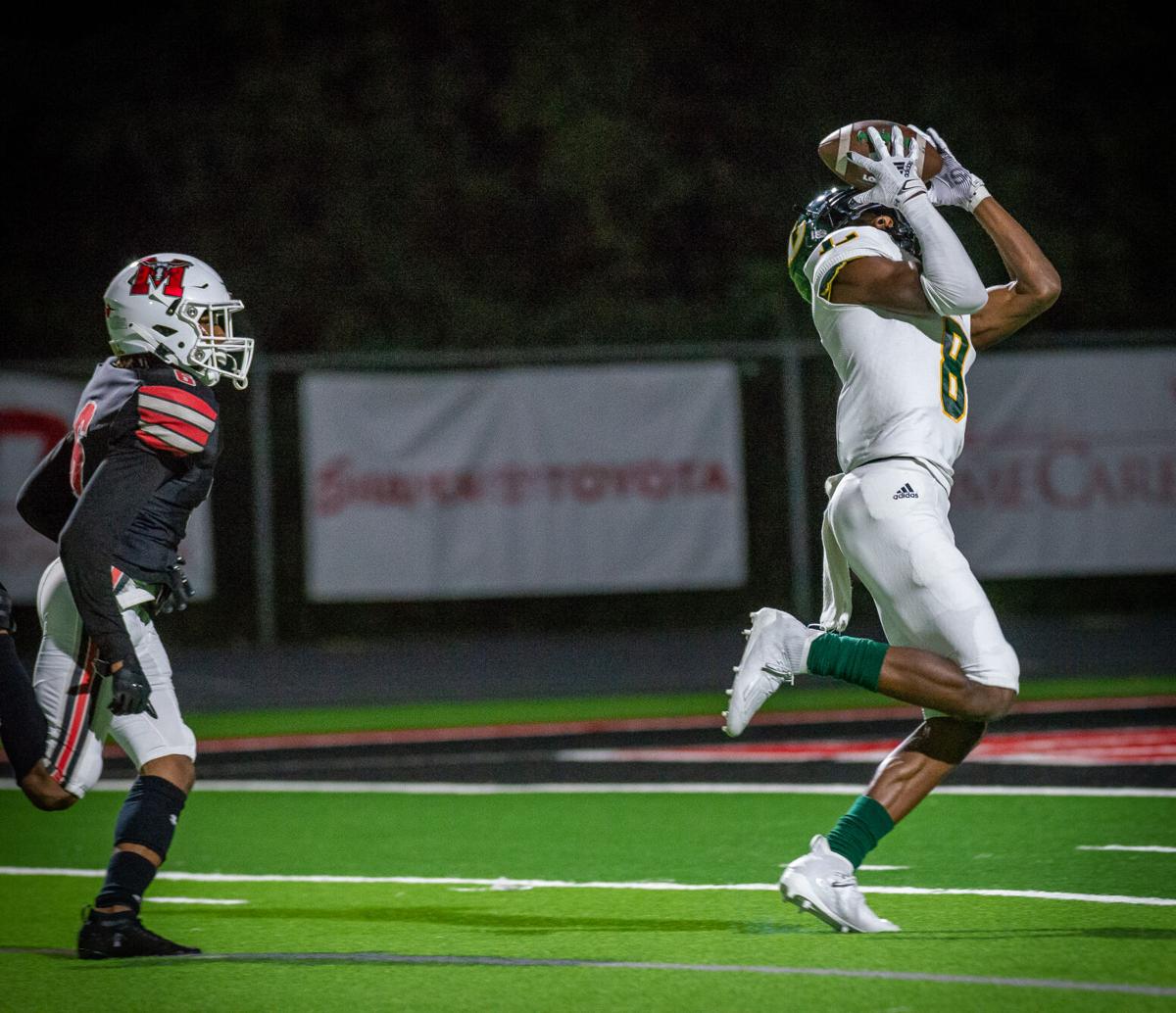 Things were tight and, at times, weren’t going Longview’s way Thursday night at Abe Martin Stadium in their non-district finale.

But the Lobos responded and found a way in a true representation of what the past month has been like.

After stumbling out of the gate to open the 2020 season, Longview heads into district play at 3-1 on the season, capping the non-district run by pulling away in the second half against Beaumont West Brook.

Lessons were learned and that’s still ongoing as the second part of the season begins Friday.

“(West Brook) was driving and down 10, which isn’t much for an offense like that, but we bowed our neck and responded in the right way,” Longview head coach John King said. “We got a stop and found a way. That’s been something we’ve challenged them with since the Temple game, which is to rise up when things are tough and not going our way.

“Non-district served itself well for us. We got tested in a different ways at different times and really learned about ourselves in the process. It was a dress rehearsal, that’s all it was. We had to see where we were as a new football team.”

But, even though District 7-5A, DI action begins this Friday and the playoff race is on, the work continues in a big way.

“We’ve learned a lot about ourselves, what we’re good at and had some of our weaknesses exposed,” King said. “I’ve seen improvement, no doubt, but I’ve seen plenty that we’ve got to continue to work on.”

Kaden Meredith and Markevion Haynes have continued to bull their way into a formidable one-two punch in the backfield for the Lobos, who have turned to the ground game in a big way to start the season.

The offensive line, which featured a revolving door early, has settled into a starting five with a couple of key backups ready to roll in.

King’s assessment of the offense started with the obvious one.

“I still think we can play batter up front, a lot better, and it’s a matter of continuity and gelling together,” he said. “We’ve got to be a little more diverse and balanced, not just load up everything on the running game but that’s our identity, our strength at the moment. We’ve got two really good backs and the play action is something we’ve been able to do well but we’ve got to continue to evolve.”

Meredith has 547 yards — 13 more than the passing total — with eight touchdowns on 73 carries. Haynes follows with 392 yards on 46 carries with five touchdowns.

Jalen Hale has hauled in 15 catches for 254 yards with five going for touchdowns.

The Lobos have run 156 rushing plays and 64 passing plays in total.

Effort, speed and physicality were some words King used to describe the Lobo defense so far this season.

All three have been evident for the unit that’s taken the field with a chip on its shoulder since the opener.

The tackle chart shows that everyone is getting in on the mix and it’s started with a strong start from, like the offense, a new-look defensive line.

An emphasis moving forward is to reign it all in a little bit.

“They’re playing well, don’t get me wrong, but we’ve just got to play smarter at times with a little more discipline and self control,” King said of the unit. “It’s not for lack of effort or talent or physicality, those things are evident, but we just can’t freelance all the time or what I call playing on the fringe.

“Everyone is wanting to run and tackle but it ends up with people out of their assignment. Everyone is excited and rallying to the ball, which is what you want, but you’ve got to do it in a controlled manner. The defense has taken a lot of coaching and are making strides. We’ve just got to keep doing that.”

Shannon Jackson, on top of some solid kick returns, leads with 29 tackles with an interception. Tyree Hale has 26 tackles with three interceptions through four games and Kybrien Jackson-Jamerson leads with six tackles for loss and two fumble recoveries.

The linebacker duo of Laqualon Hale and Devean Isaac have combined for 49 tackles and both have four tackles for loss as well.

Joe Jones, the lone returner up front, has been the plug in the middle while Trevor Tamplin has come on strong with 21 tackles to go with three sacks and three tackles for loss. Arthur Bryant and Jahkamian Carr have been disruptive as the Lobo defensive line has shown its depth and rotation.

As a whole, teams are averaging just over three yards per carry against Longview this season. The Lobos have 38 stops behind the line of scrimmage.

A LOT OF UNKNOWNS

The coronavirus pandemic has disrupted two teams in 7-5A, DI with Highland Park and Wylie East both with just two games played so far this season.

The Scots, who visit Lobo Stadium on Nov. 6, are off to a 2-0 start with wins over Coppell and Rockwall. Wylie East is 1-1.

Sherman checks in a 1-3 while Tyler High, McKinney North and West Mesquite are winless at 0-3, 0-3 and 0-4, respectively.