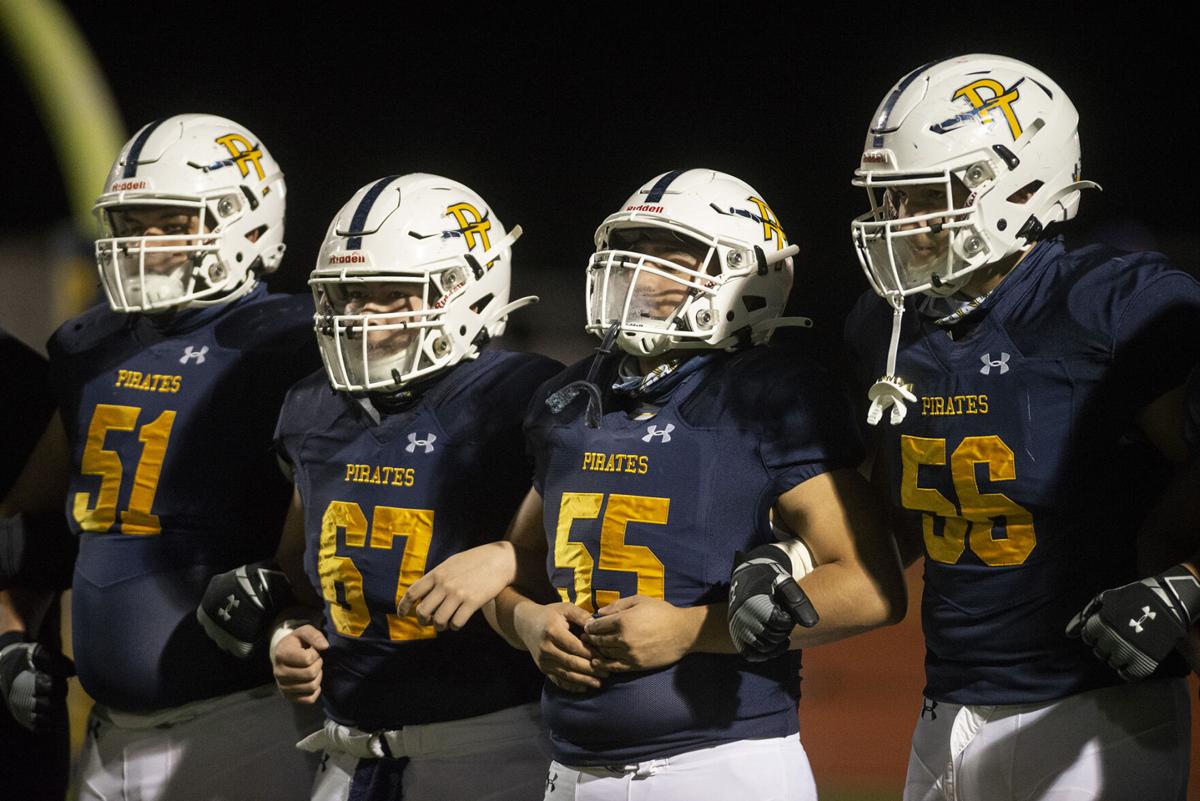 Pine Tree players together before a game against Hallsville on Dec. 4 at Pirate Stadium. 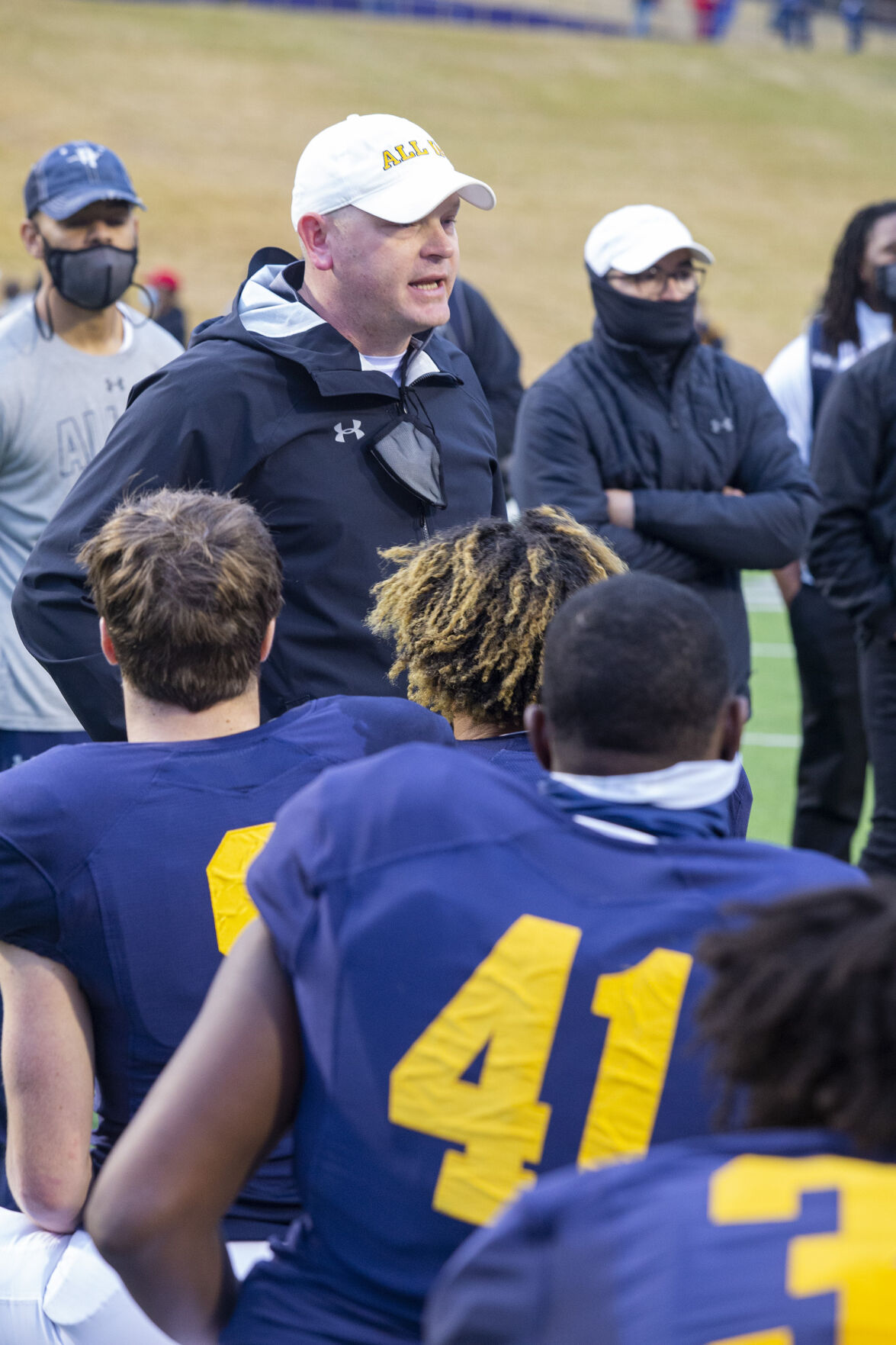 Pine Tree head coach Kerry Lane delivers a speech to his players after a 34-27 Loss to Nederland during the 5A Divison 2, Region 2, Area playoff game on Dec. 19 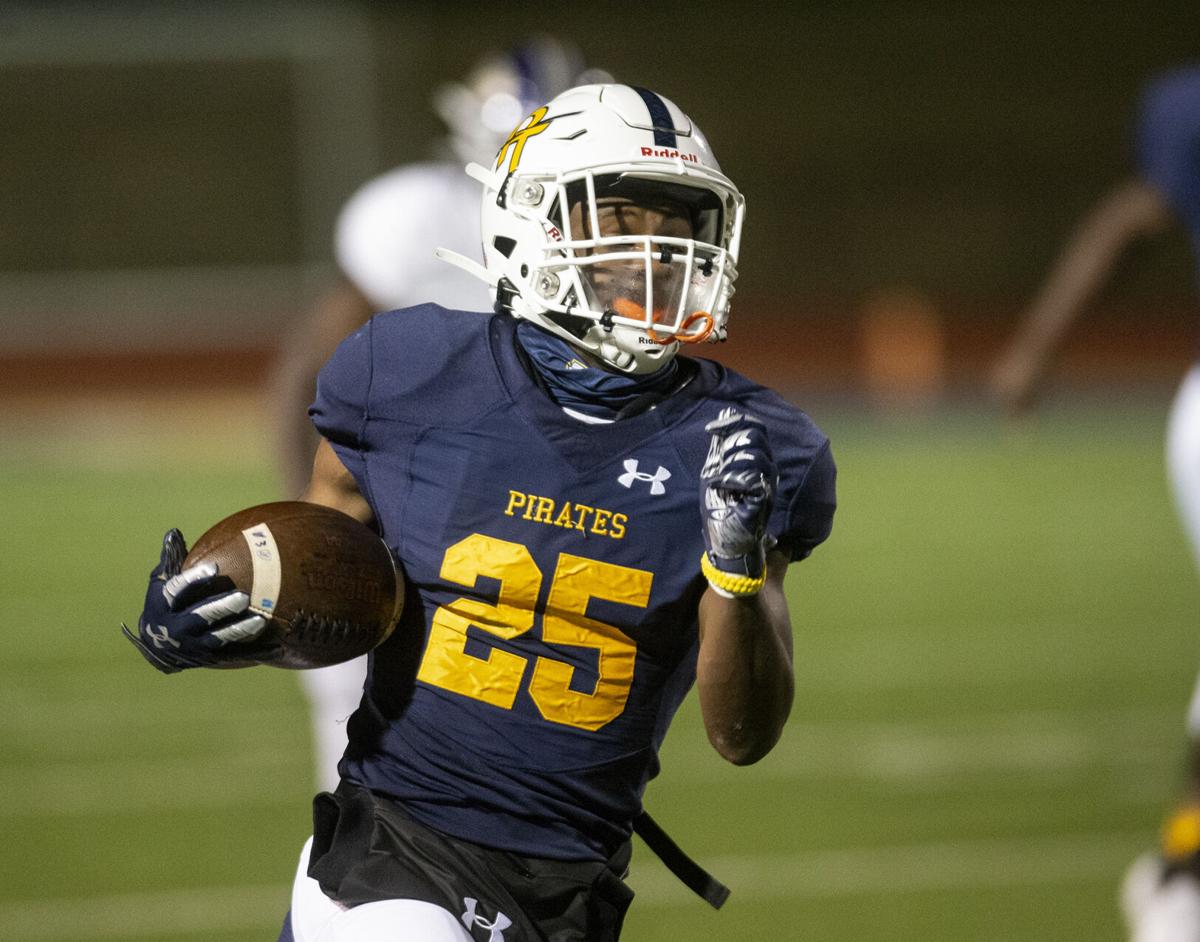 Pine Tree players together before a game against Hallsville on Dec. 4 at Pirate Stadium.

Pine Tree head coach Kerry Lane delivers a speech to his players after a 34-27 Loss to Nederland during the 5A Divison 2, Region 2, Area playoff game on Dec. 19

A glimpse at the sidelines during a Pine Tree football game tells you all you need to know about the Pirates' resurgence.

Rebuilding a program and establishing a culture takes a foundation and that's what Pirate head coach Kerry Lane saw when he glanced up and down the sideline this past season.

"There were so many alumni from the past few years that came out to the games when they were home and you can tell they were proud," Lane, who just wrapped his fifth season as the Pirate head coach, said. "They might not have got to experience exactly what this 2020 group did but they laid that foundation and had a bigger role in it than they probably think."

It started a few years ago in the weight room during an offseason workout.

"There were guys like Gary Wiley, Quintin Freeman and Keshon Williams in there and I said either we're going to be different or y'all just let me know — I'm not doing this 2-8 thing again.

"I challenged them. I said if y'all want to go to work, let's go. They said just tell us what to do."

So they went to work, changing the narrative of Pirate football and began checking boxes, including ending a playoff drought.

Meanwhile the younger players in the program watched, took notes and saw that this was different than what they had previously expected.

"This group came up seeing those things, turning it around from a 2-8 season and building on it," Lane said. "They knew what to expect, knew that the expectations were higher and that it wasn't going to be easy. That's been special and I'm proud of that."

Just a few years later, the Pirates got off to its best start in a season in a long time. The 'for the first time since this' moments started to pile up and it was that same mentality as after that 2-8 year: Move forward.

"They just kept marching forward," Lane said of the 2020 team, which turned in the Pirates' best season since 1976. "They heard it all but they weren't celebrating, it was always about the next thing -- 'what can we do now?'

"That's what you want to see, when things are going good you've got the mindset and the blinders on to just focus on what's in front of them."

There were a number of players who experienced a little bit of everything through their time in Pirate football, led by three-year starting quarterback DJ Freeman, who closed out his career with over 8,000 total yards and 92 touchdowns.

"It starts with DJ, who has been a special player for us for three years and battled," Lane said. "Our offensive line this year tells us where we're at. A few years ago, we were thin up front and this year we were able to roll in a solid group with some depth and hit 3,000 rushing yards again.

"Guys like Tyler Sheffield, who hit 1,000 yards again. Jayden Smith has been a running back his whole life and made the unselfish move to fullback and was the best blocker on the team. Keelan Turner moved from defense to offense. Nikema Williams is a three-year starter who did everything -- deep snap, catch, punt, run, play safety. Unselfish and talented bunch."

The Pirates also noted a marked improvement on defense and, more importantly, a group that took ownership of the turnaround.

Players like Courtney Stitmon, Sam Williams, Greg Kalulu and so on.

"Several played as sophomores and went through that year of losing late or losing really close games," Lane said. "This year, those guys got our opponent off the field in some crucial moments, some of the biggest moments of the year and kept us in the game."

Pine Tree graduates a lot this season and work began this past week on the 2021 team in the same weight room that sparked a resurgence just a few years ago.

"A lot of kids have played football here since 1976 and these kids were able to get something done that hasn't been in a long time," Lane said. "We've got a lot of talent in the younger grades and they're ready to come back, put in the work and keep building on this thing."

There's no doubt there will be alumni watching.