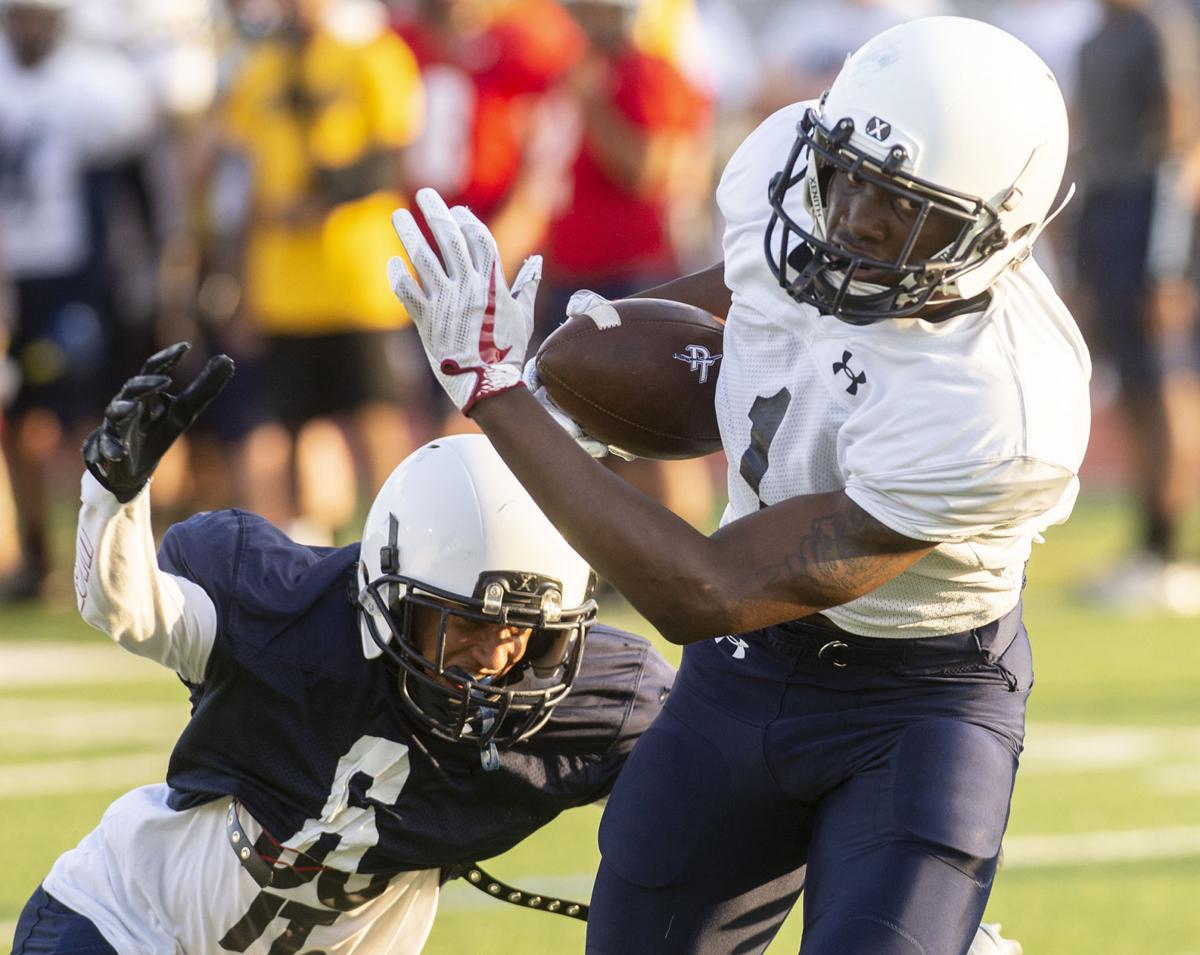 J.J. Sparkman runs the ball during the Pine Tree spring football game in May at Pirate Stadium. 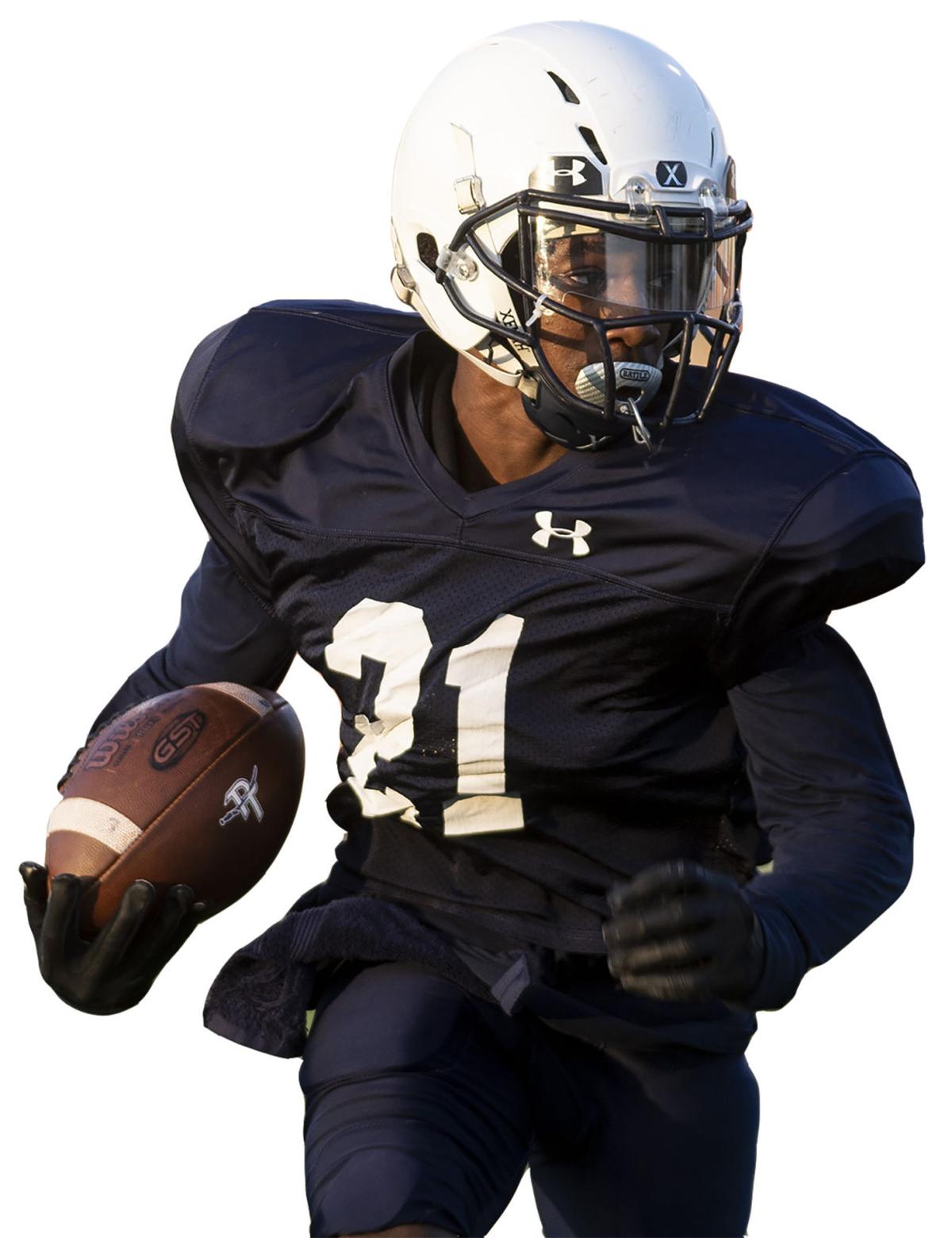 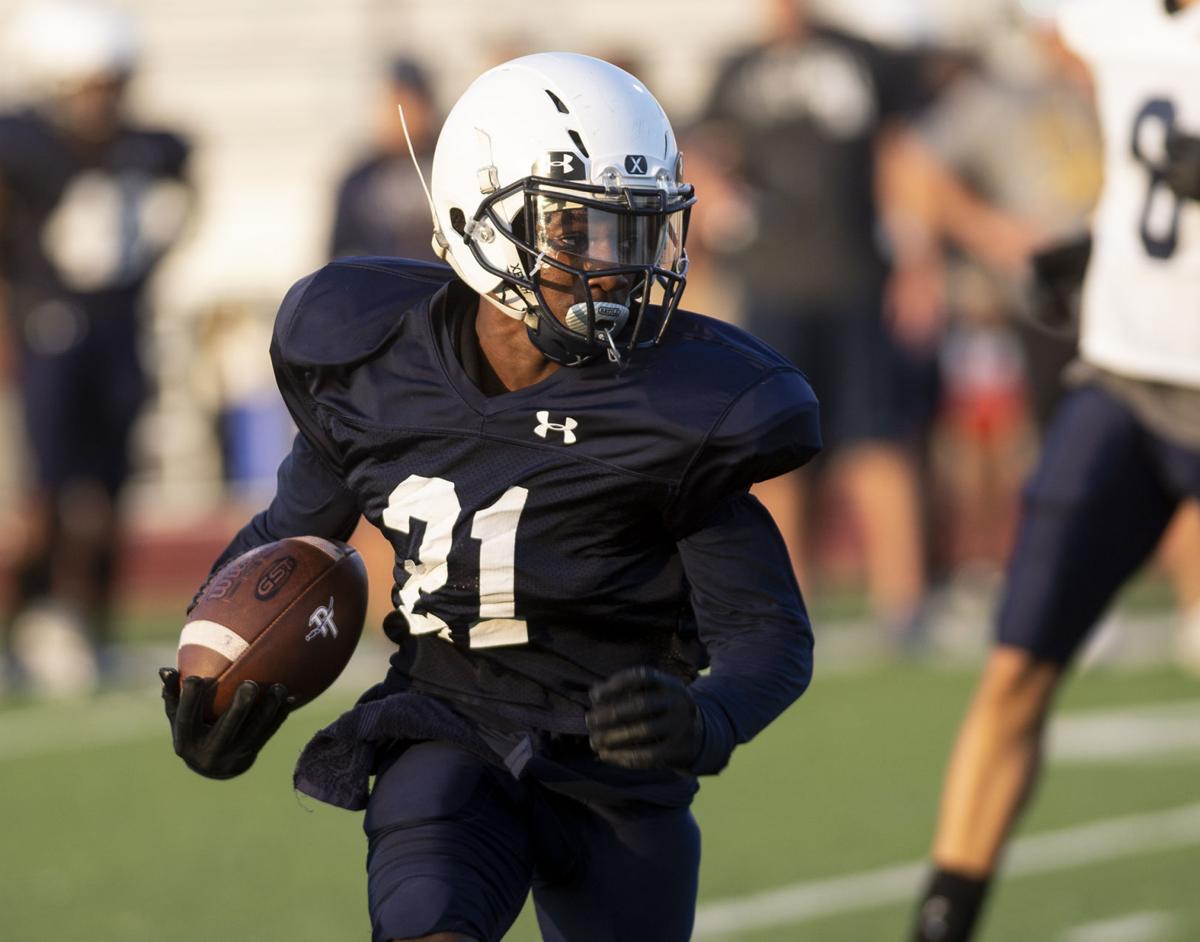 J.J. Sparkman runs the ball during the Pine Tree spring football game in May at Pirate Stadium.

There’s been marked improvement in each of Kerry Lane’s first three seasons as head football coach at Pine Tree.

The Pirates went from two wins in 2016 to three and a playoff appearance in 2017. Last year, they improved their win total to five and were only a few points short of a second playoff entry.

As the ardors of preseason practice dawn on his fourth training camp, Lane is justifiably excited with the prospects sitting before his Pirates.

The Pirates are more than set at the skill positions, particularly at the wide receiver slots. Pine Tree returns seniors JJ Sparkman and Gabe Adams. The 6-5, 205-pound Sparkman is already committed to Texas Tech and Adams, while less heralded than his counterpart, is every bit the game-breaker and playmaker.

“We have as good a receiving group as I’ve ever coached,” said Lane. “JJ is obviously special and Gabe is probably our most natural receiver when you look at the measurables.”

“Nikema played last season as a sophomore and Keelan is probably the fastest kid on our team. He’ll be playing in the slot for us. So I feel really good about our receivers,” Lane said.

The Pirates have to find replacements for three of five offensive line spots. Senior Jadarlon Key returns at a tackle slot. The massive 6-7, 308-pound key is joined by 6-2, 220-pound junior Cole Salazar, who fits well at either tackle or guard.

“I think we have a chance to be pretty good up front again. You just got to grow em up,” said Lane.

Lane plans to use the first couple days of practice as classroom teaching sessions. This is done before pads go on and contact can begin later in the week.

“We always tell the kids practice is either gonna be physically hard, or mentally hard. Sometimes it’s both. But on physical days we cut back the things we ask them to do mentally,” Lane explained. “These first couple days without pads on we really try to put a lot on them mentally. We want them to stay focused and locked in.”

Lane likens the first few days of work to that of a medical student.

“I once read a story about surgeons. They don’t go in and assist on 10 different surgeries. They study about it and watch someone else do it.Then they go do it. That just shows if you want to be good at something you’ve just got to do it,” Lane said.

The Pirates’ first surgery session is set for Monday afternoon on the grass field opposite the field house. They’ll break midway and head over to Pirate Stadium for the second half of work.

Pine Tree scrimmages Tyler Lee on Aug. 23 at Rose Stadium before opening the 2019 regular season at Bullard on Aug. 30.