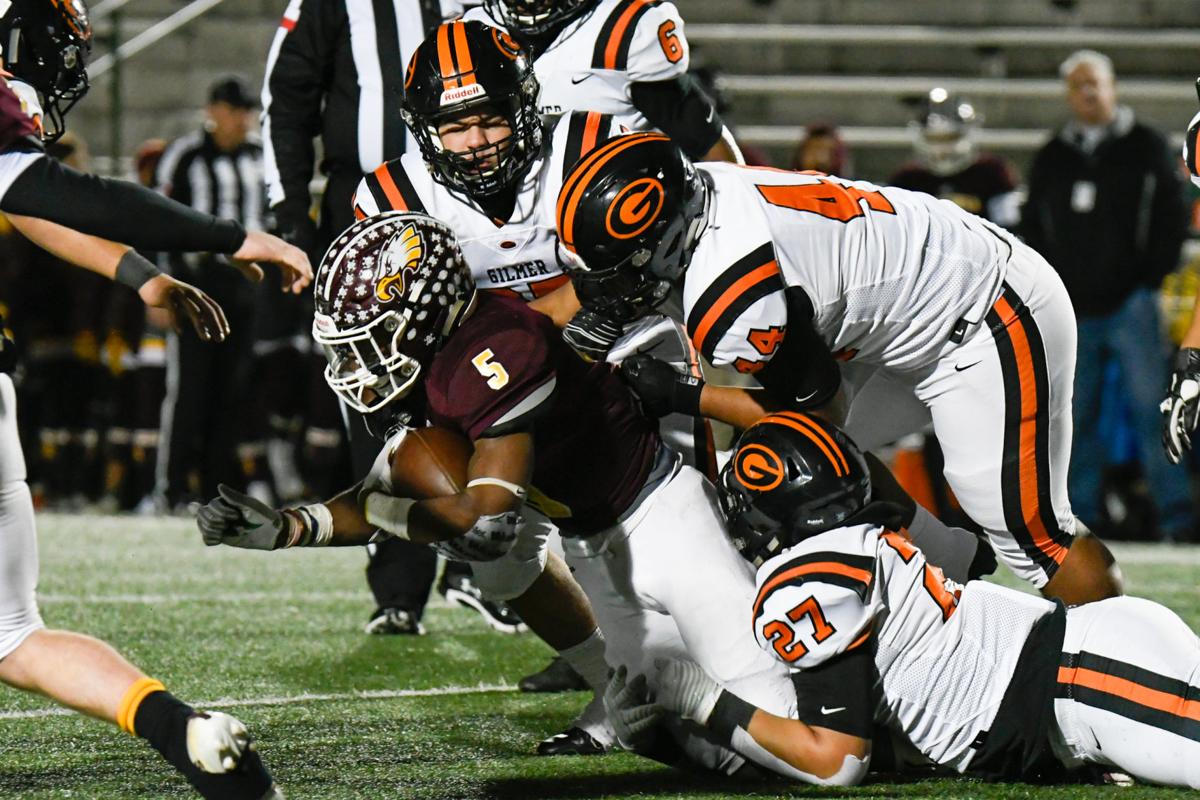 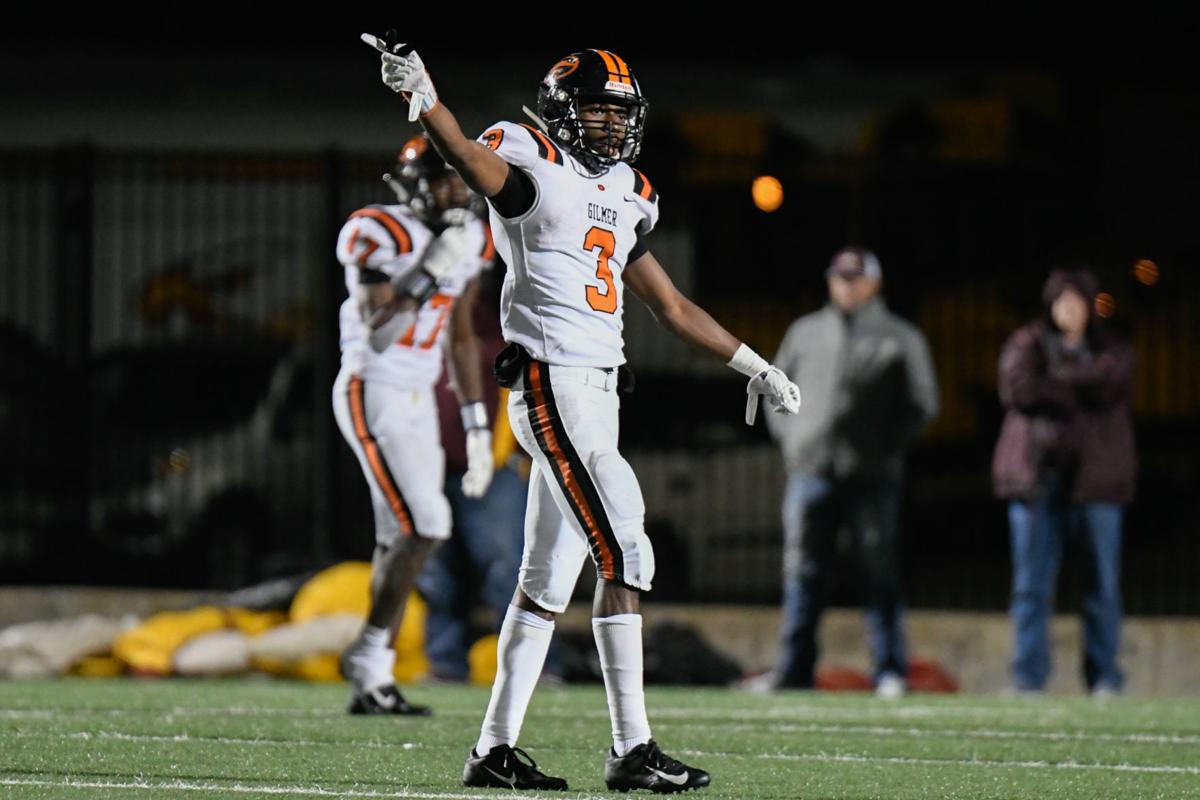 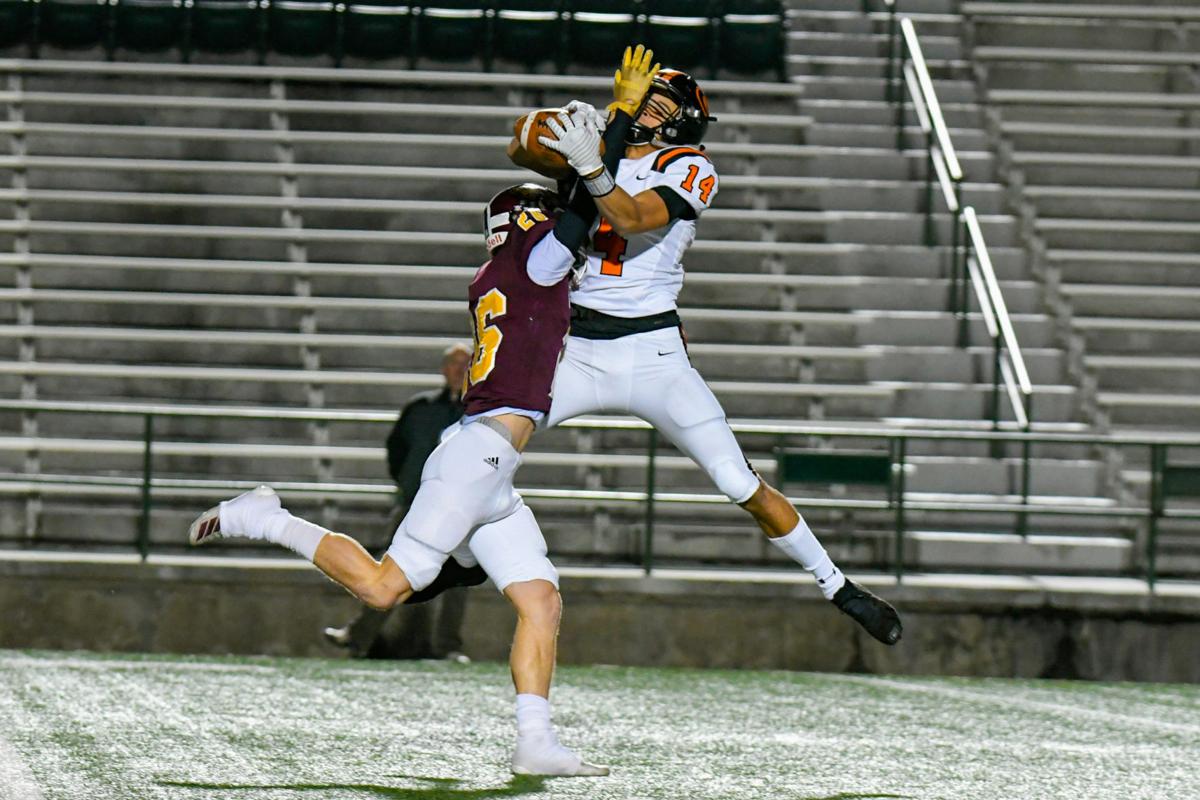 Gilmer’s Dylan Fluellen makes a catch against Fairfield on Nov. 22 at Memorial Stadium in Mesquite. 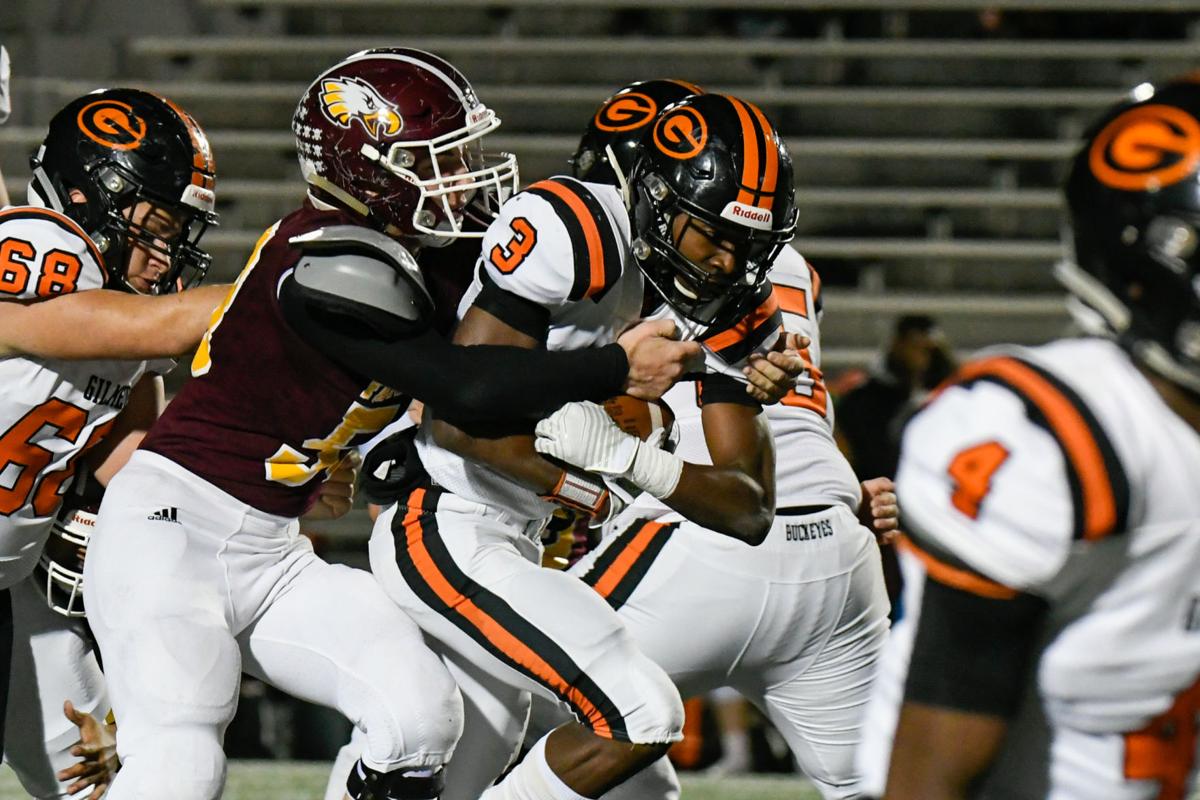 Gilmer’s Dylan Fluellen makes a catch against Fairfield on Nov. 22 at Memorial Stadium in Mesquite.

Up next: Tonight’s winner will meet either Pleasant Grove or Sunnyvale in the Class 4A, Division II, Region II final. Pleasant Grove (11-1) and Sunnyvale (12-0) meet at 7:30 p.m. Friday at the Ford Center at the Star in Frisco.

WHEN GILMER HAS THE BALL

Keys: Gilmer’s ground game will need to come up big as the Cadet secondary is stacked with Black, an Oklahoma State commit, Nichols, who has pledged to North Texas and Gaither, the two-way standout that has Division I attention and projects as a defensive back at the next as well. Gilmer is averaging over 200 yards a game on the ground and doing that will enable Hurt and his weapons out wide, led by fellow underclassman Fluellen and Ray, to keep Connally on its toes.

WHEN CONNALLY HAS THE BALL

Keys: It’s no surprise what is coming from Connally and that’s the one-two punch of Gaither and Sunday in a potent ground attack. Pullen, an Oklahoma State commit, leads the way up front. Gilmer’s defense has progressed and been stingy of late. The Buckeyes have a number of weapons in the front seven, including a big year from Couture at linebacker as well as Northwestern State commit Williams. Jimmerson and Burton lead the defensive line and will need to win some battles. Playing gap sound as well as open-field tackles will be crucial for the Buckeyes.

Twitter-sized preview: This has the makings off a big third-round clash and, on paper, appears to be an evenly-matched one as well. Gilmer is going to need to execute at a high level on both sides but especially on defense against a potent Cadet ground game to help its offense out.