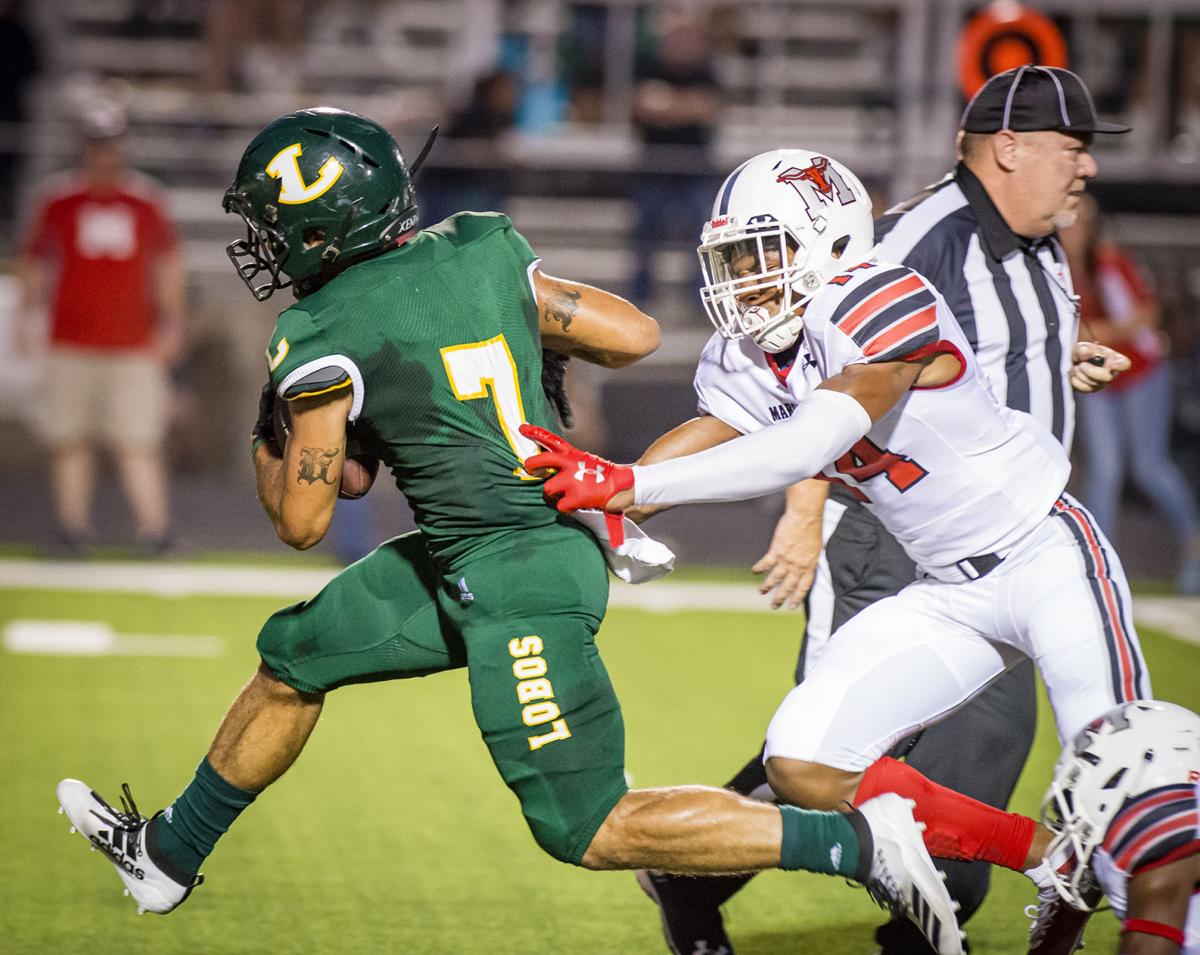 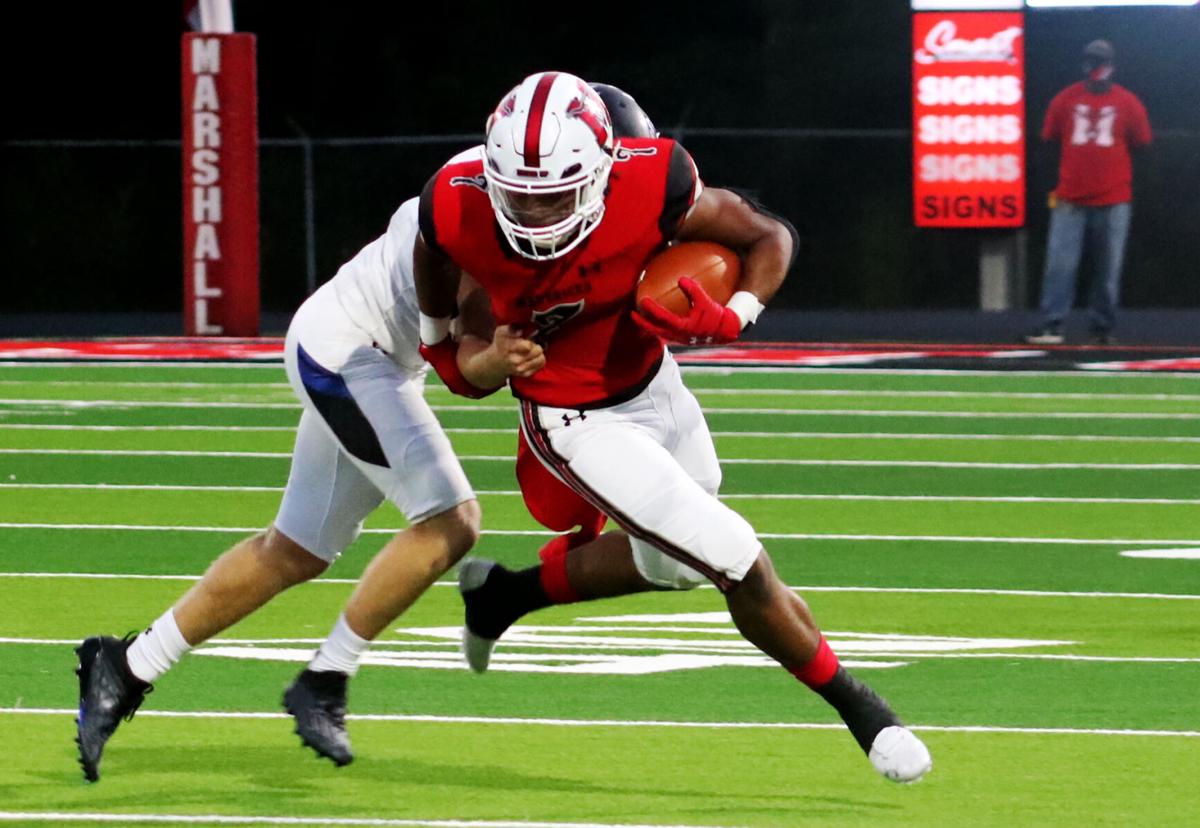 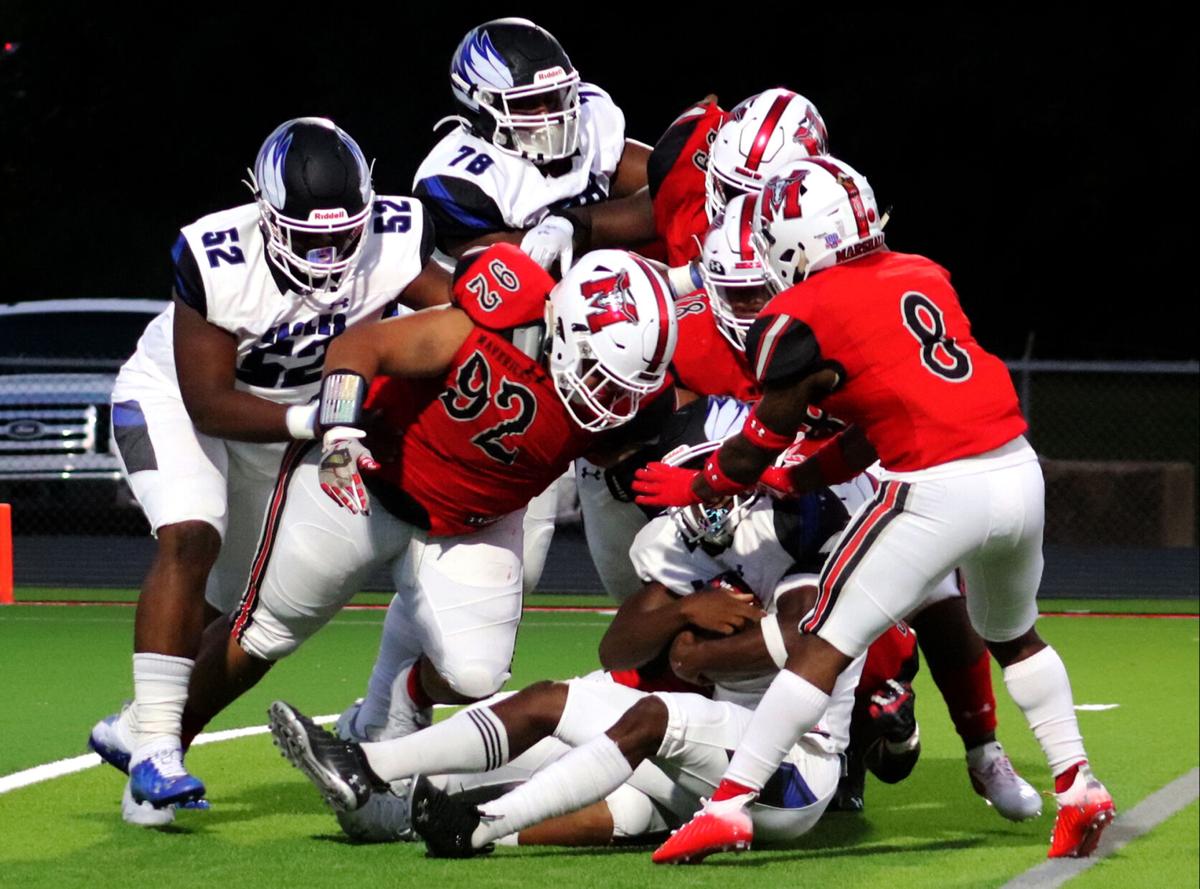 A host of Mavericks make a stop against New Caney. 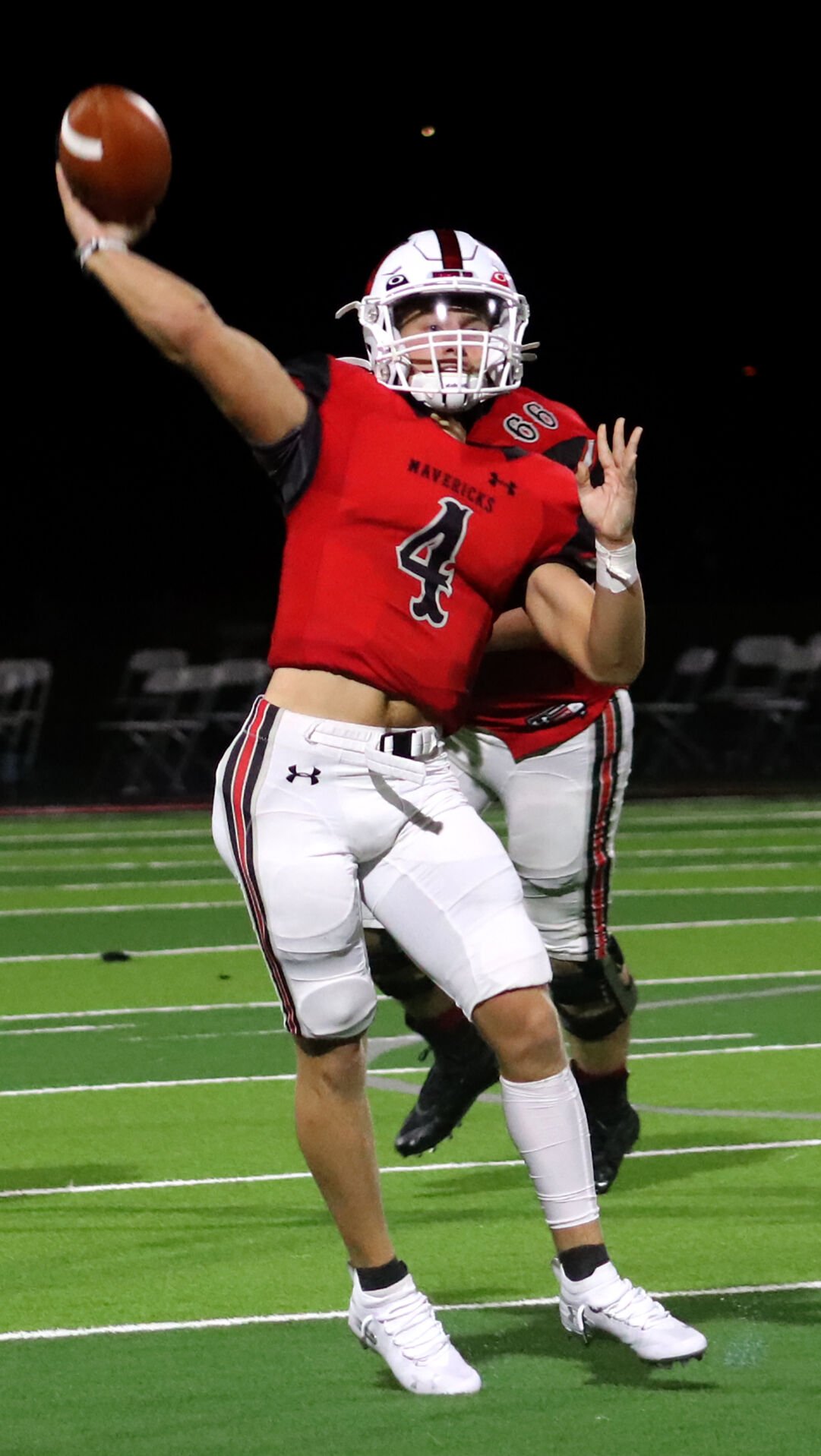 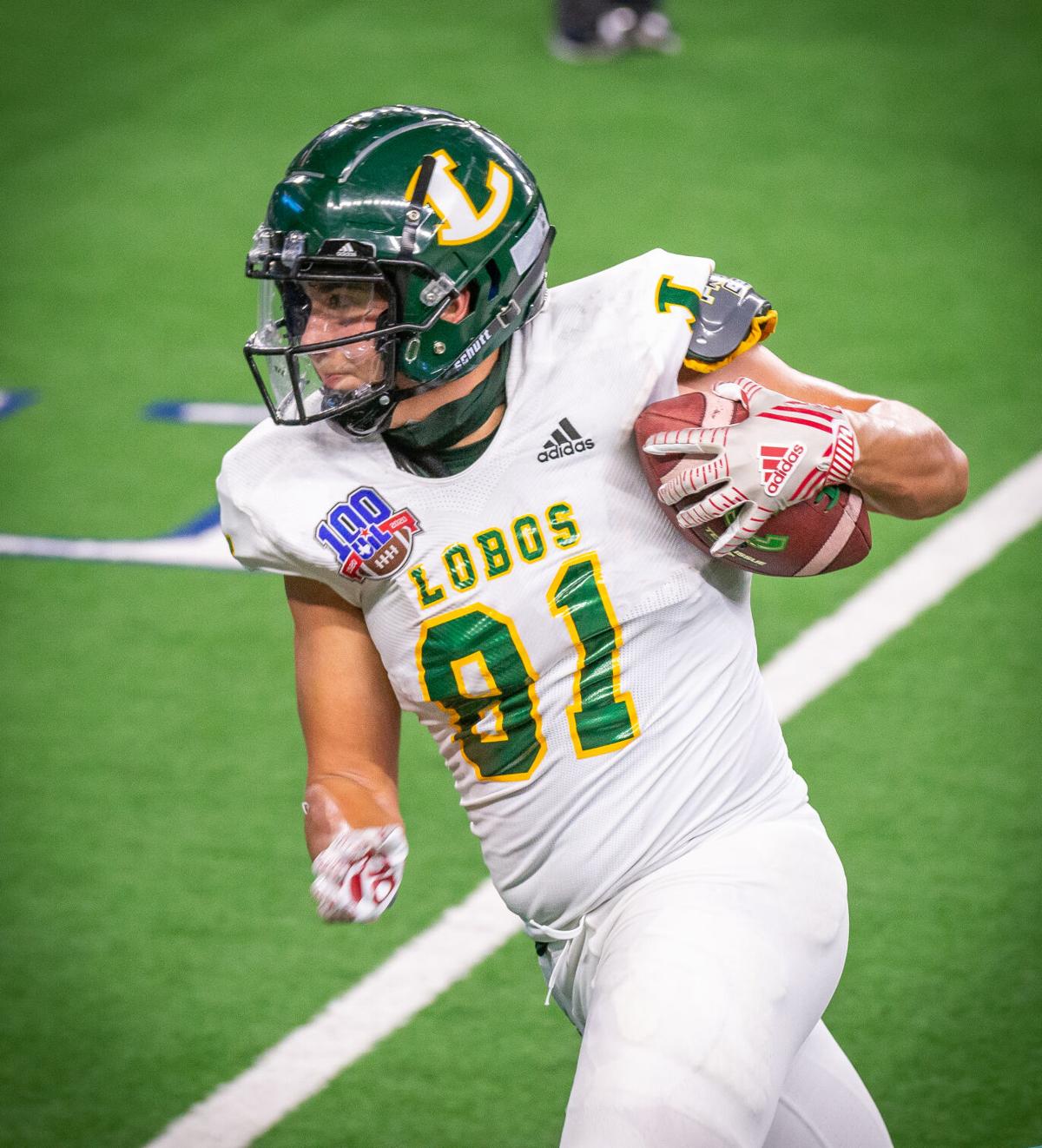 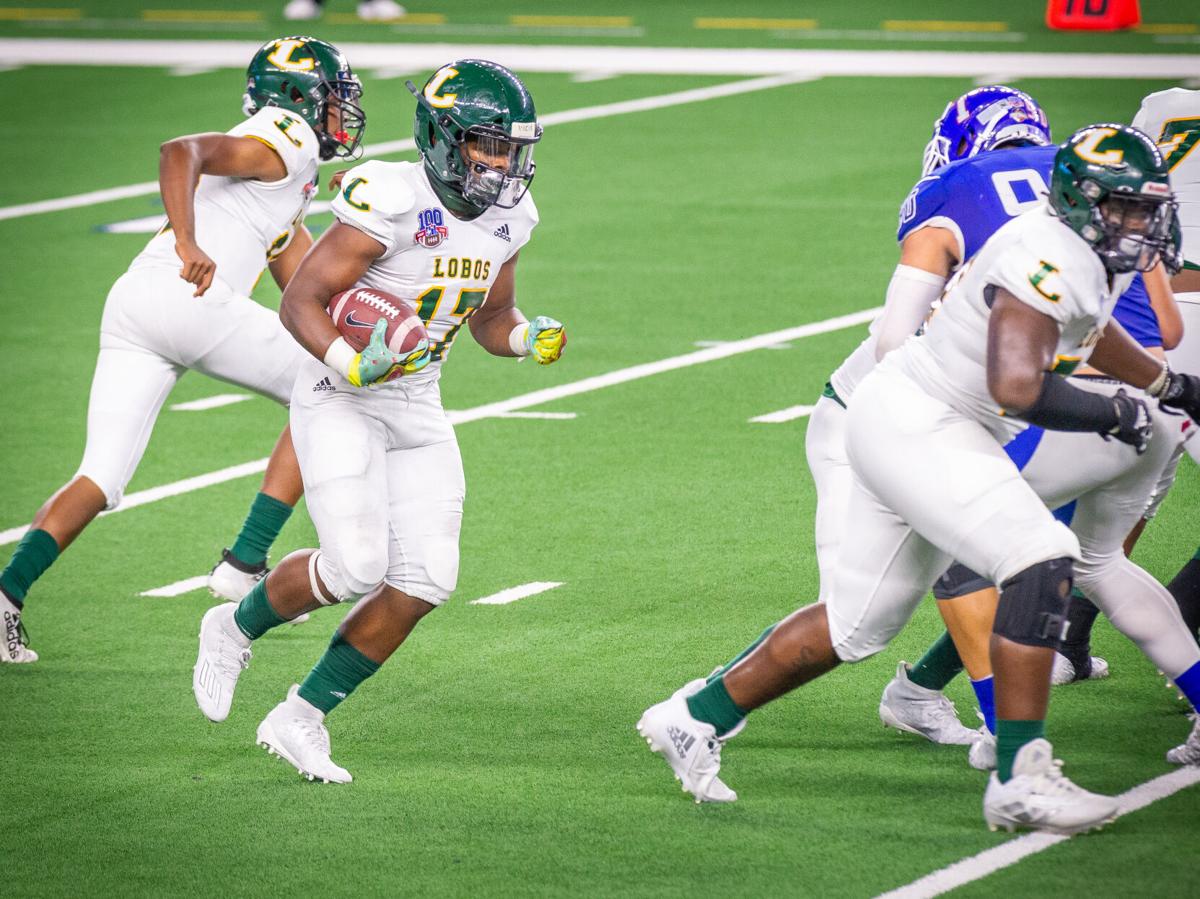 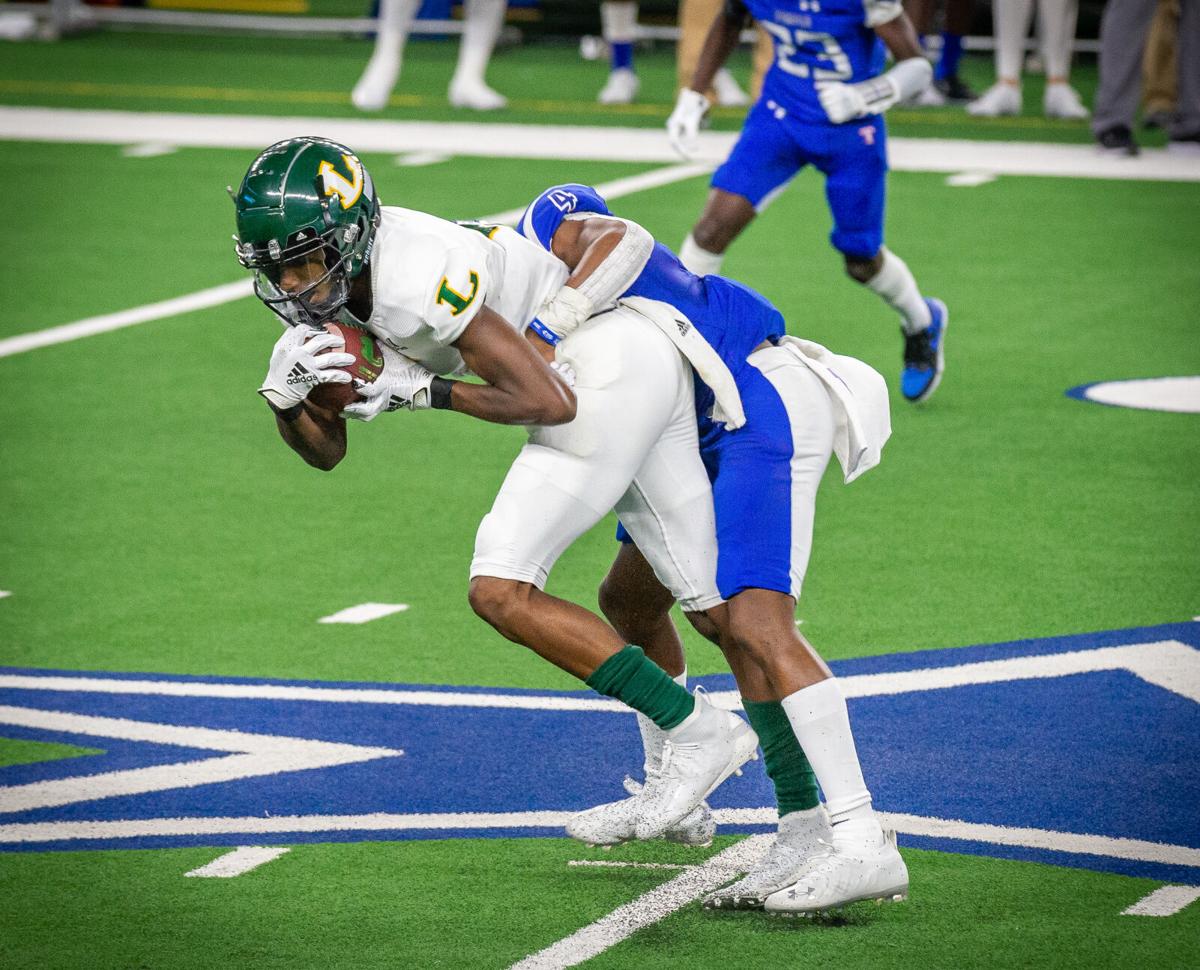 A host of Mavericks make a stop against New Caney.

Up next: Tyler Legacy at Longview; Marshall at McKinney North

WHEN MARSHALL HAS THE BALL

Quick hitsNo. 111 between this two rivals has the makings of an interesting game. Longview came out flat with a penalty and turnover filled loss to Temple while Marshall scrapped by New Caney with a 17-point third quarter.

Both coaches agreed there is plenty of room for improvement heading into Week 2.

New Caney out-gained the Mavericks in total yards, 424-367, including 358 rushing yards. Longview, conversely, sputtered behind an inexperienced offensive line for 163 yards on 31 carries. The Lobos got one lineman back from injury and will still roll in two quarterbacks in sophomores Landyn Grant and Jordan Allen, who split time under center in the opener.

King praised the play of the Marshall defensive line, which will be another test for the Lobo offense and one they hope to pass — or at least bounce back — now that they have a game under their belt.

On the flip side, Longview’s defense was hot and cold throughout the loss to Temple and was on the field a lot due to four turnovers from the offense. Tamplin emerged as a strong force on the line and the linebacker duo of Hale and Isaac lead a speedy secondary behind them. The Lobos flew to the ball but poor tackling was the demise at times. That’ll have to change against an athletic Marshall squad.

Per the usual this game will be decided in the trenches. Both teams will want to establish this run with Williams turning in an all-around night for the Mavs against New Caney. Meredith as well as Markevion Haynes look to bounce back big but need a little more space to do so.

Look for both teams to try to control the tempo, as Marshall did in 2019 at Lobo Stadium, and whichever one can do that will move forward in the season with a rivalry win.