You are the owner of this article.
Edit Article Add New Article
You have permission to edit this article.
Edit
Welcome, Guest
Home
Sports
Schools
Stats
The Zone
Lobo Insider
Columns
Photo Galleries
Pro
Player of the Week
1 of 12 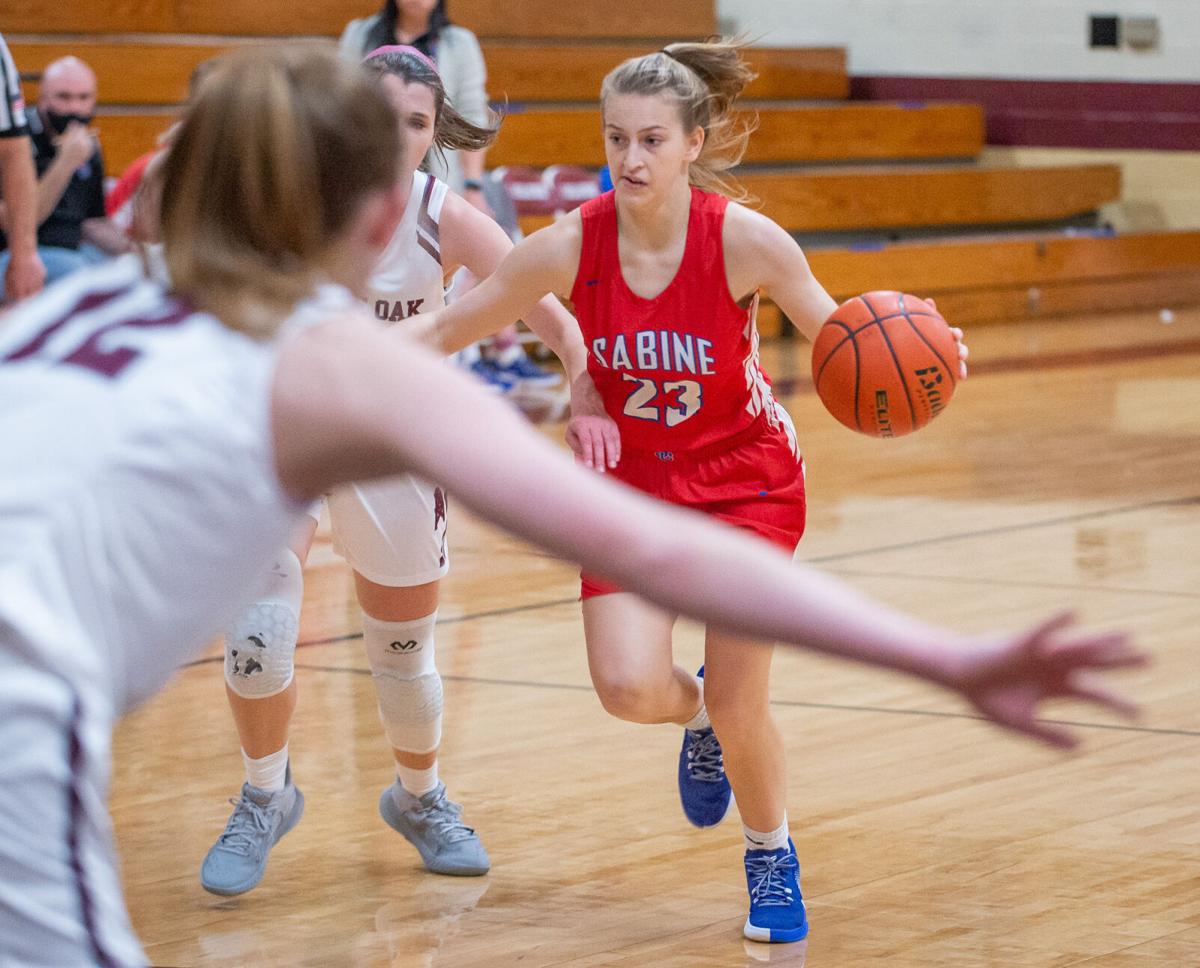 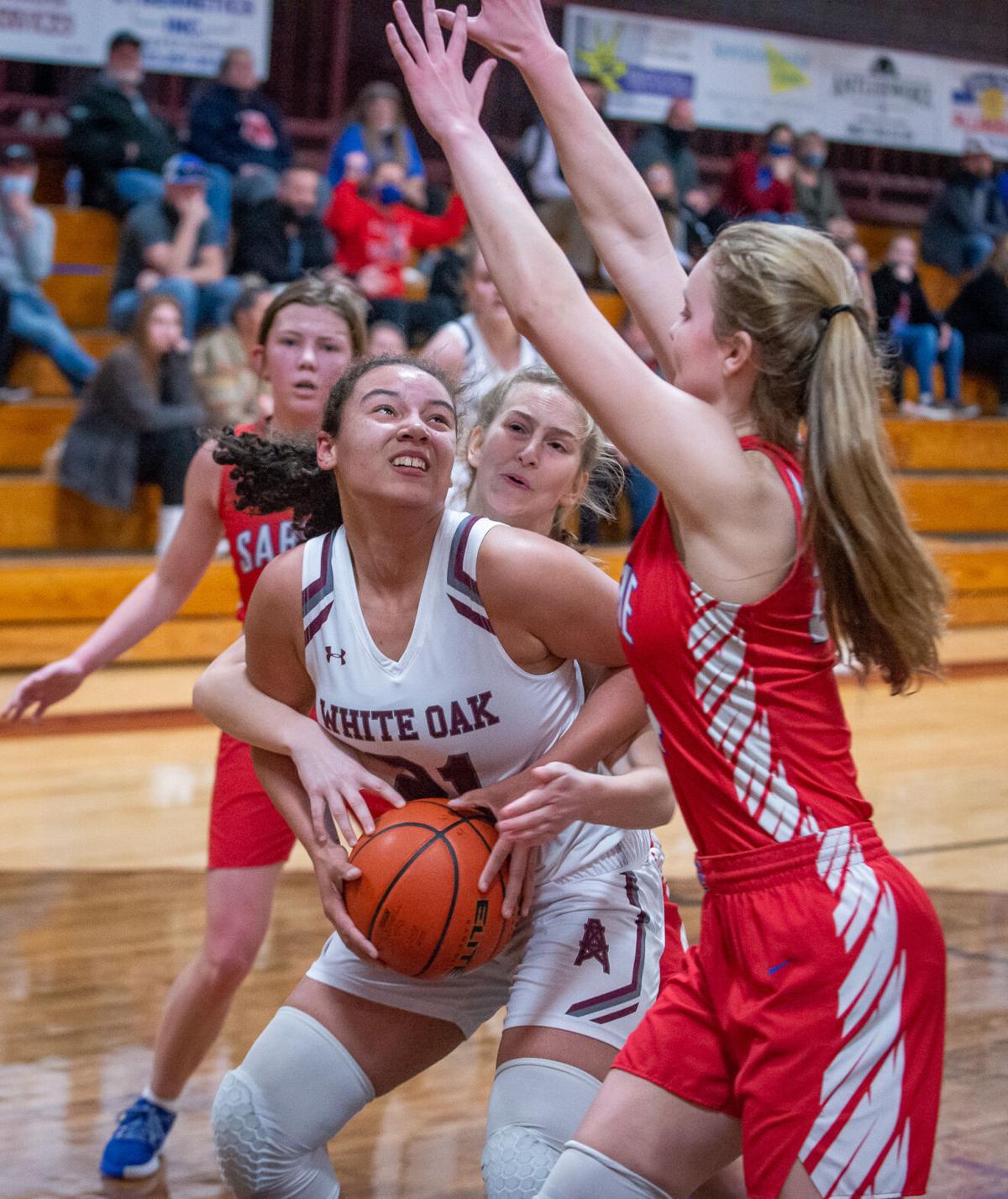 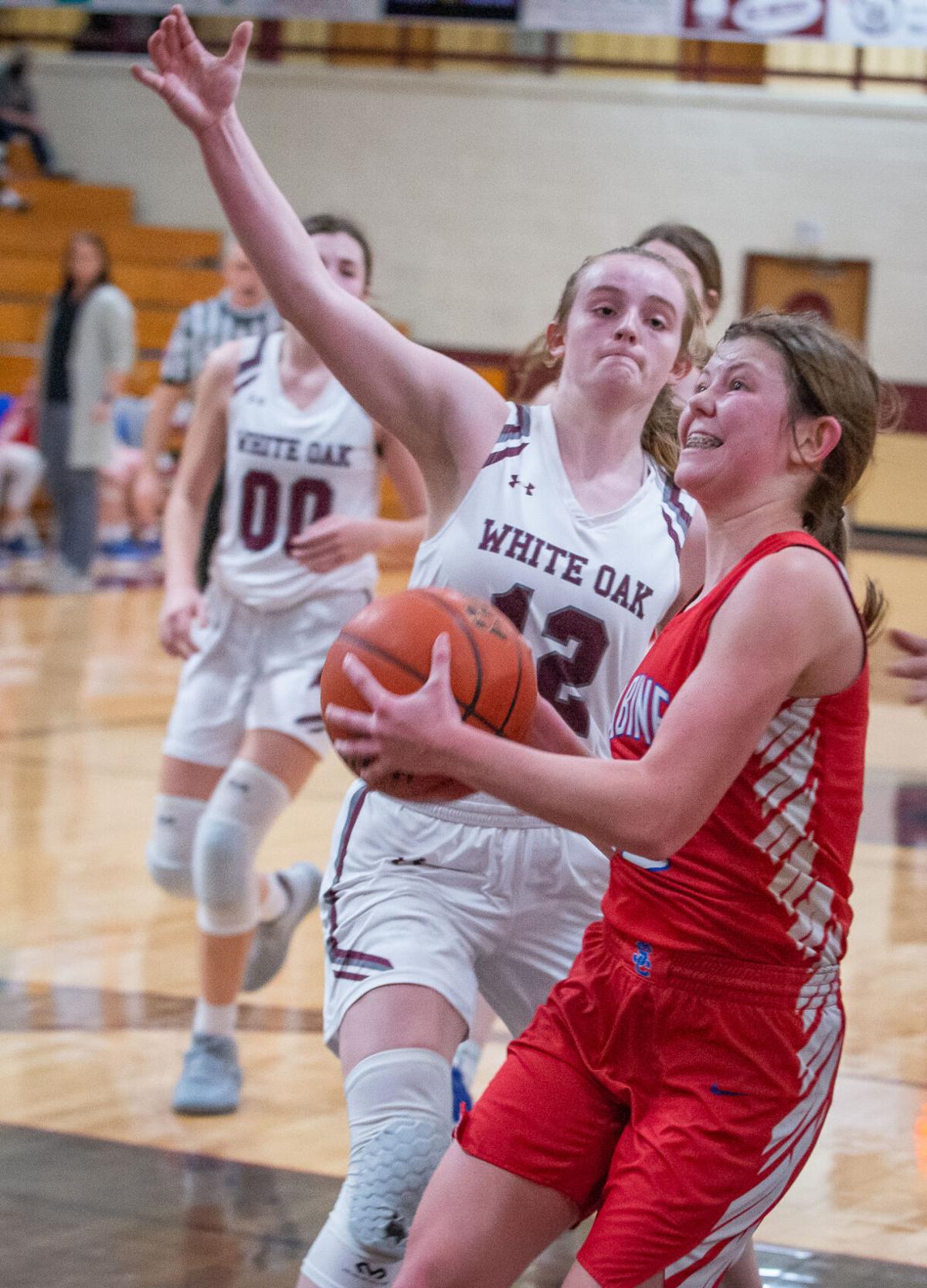 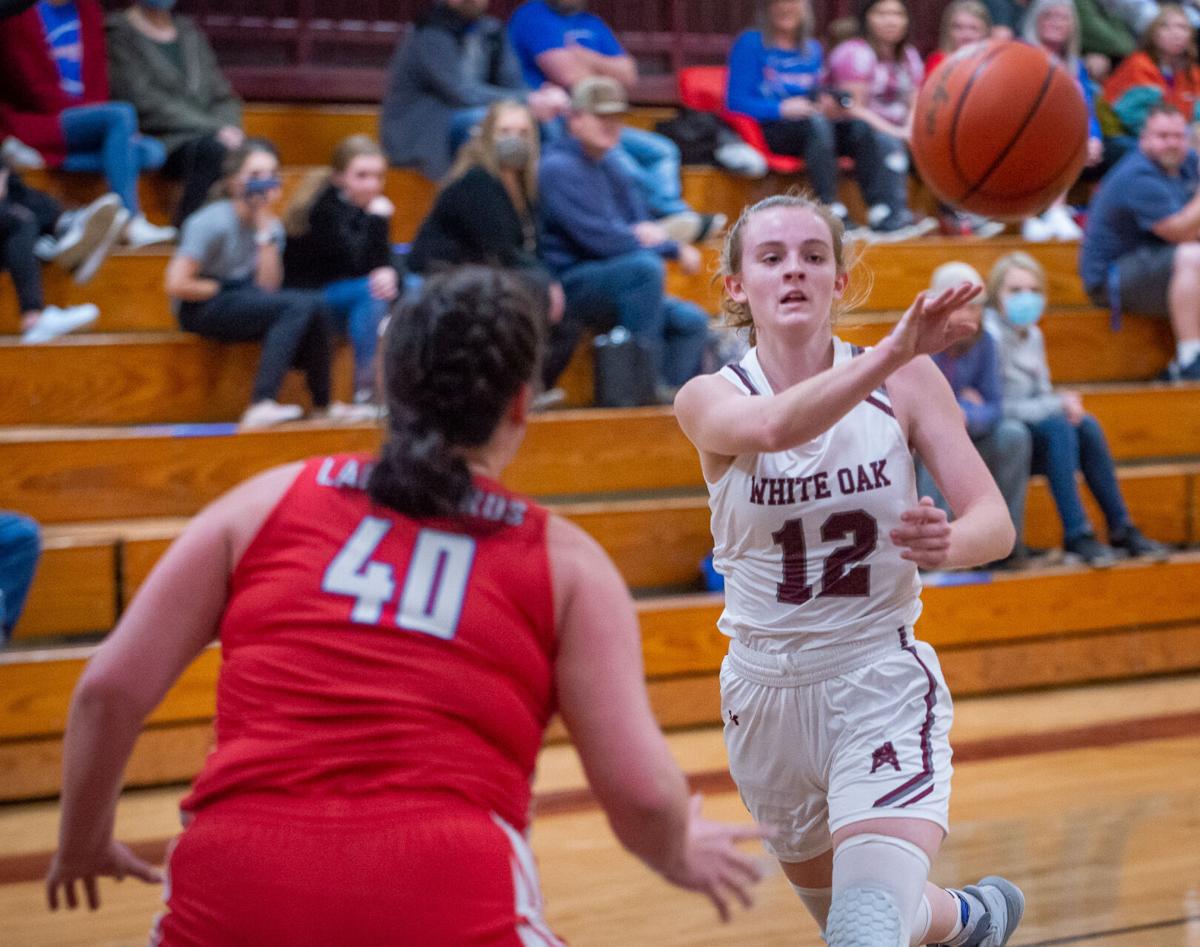 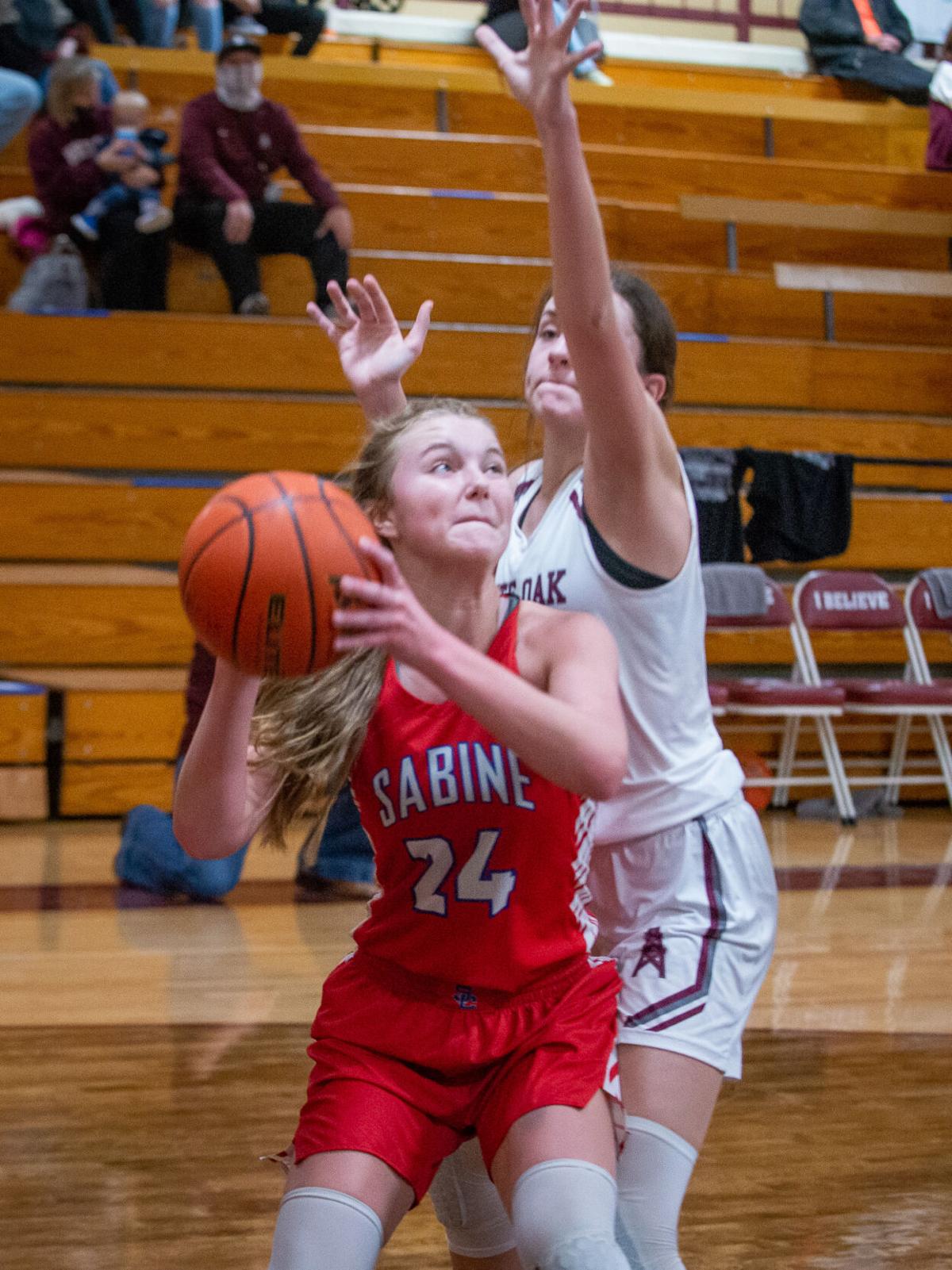 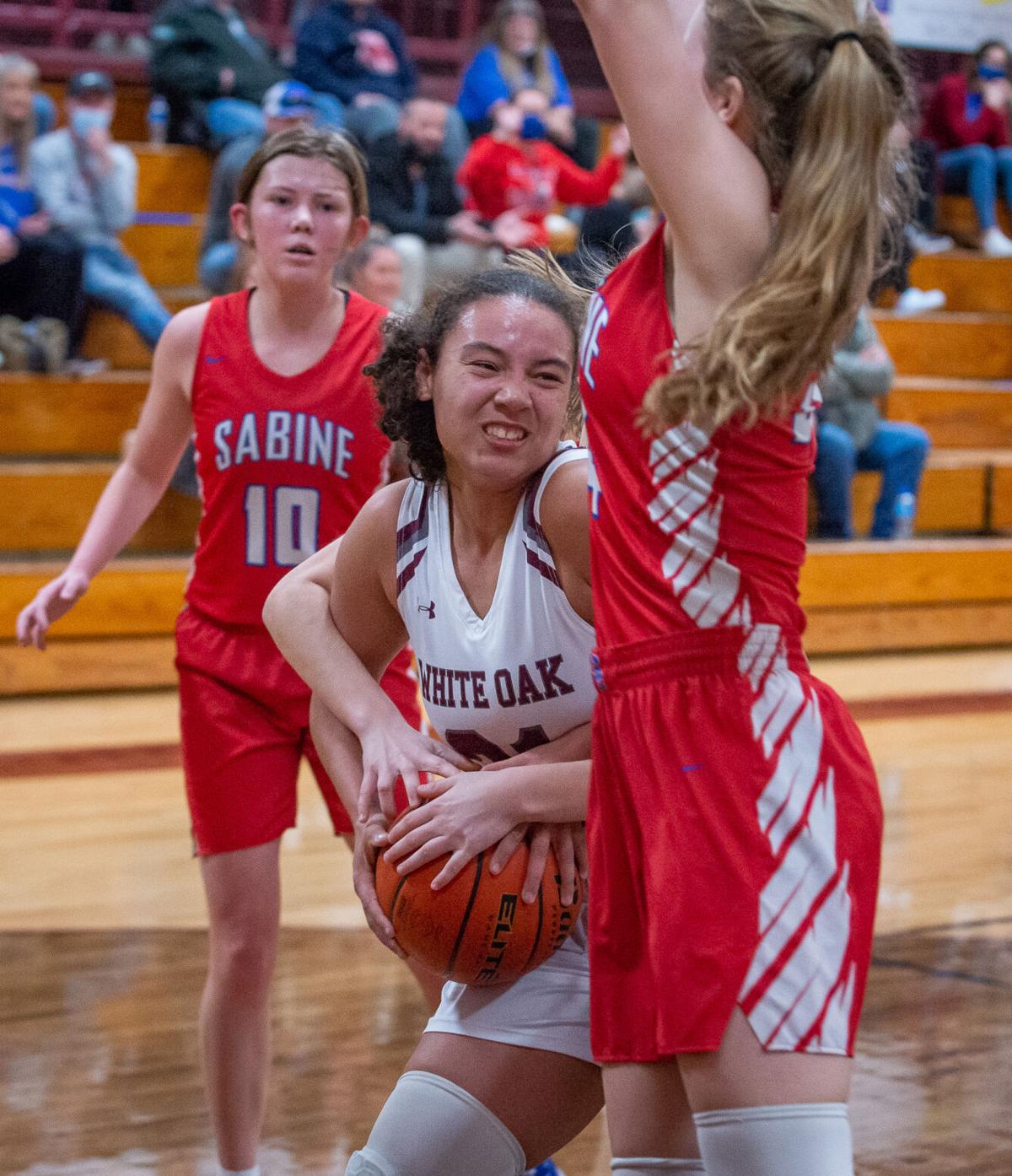 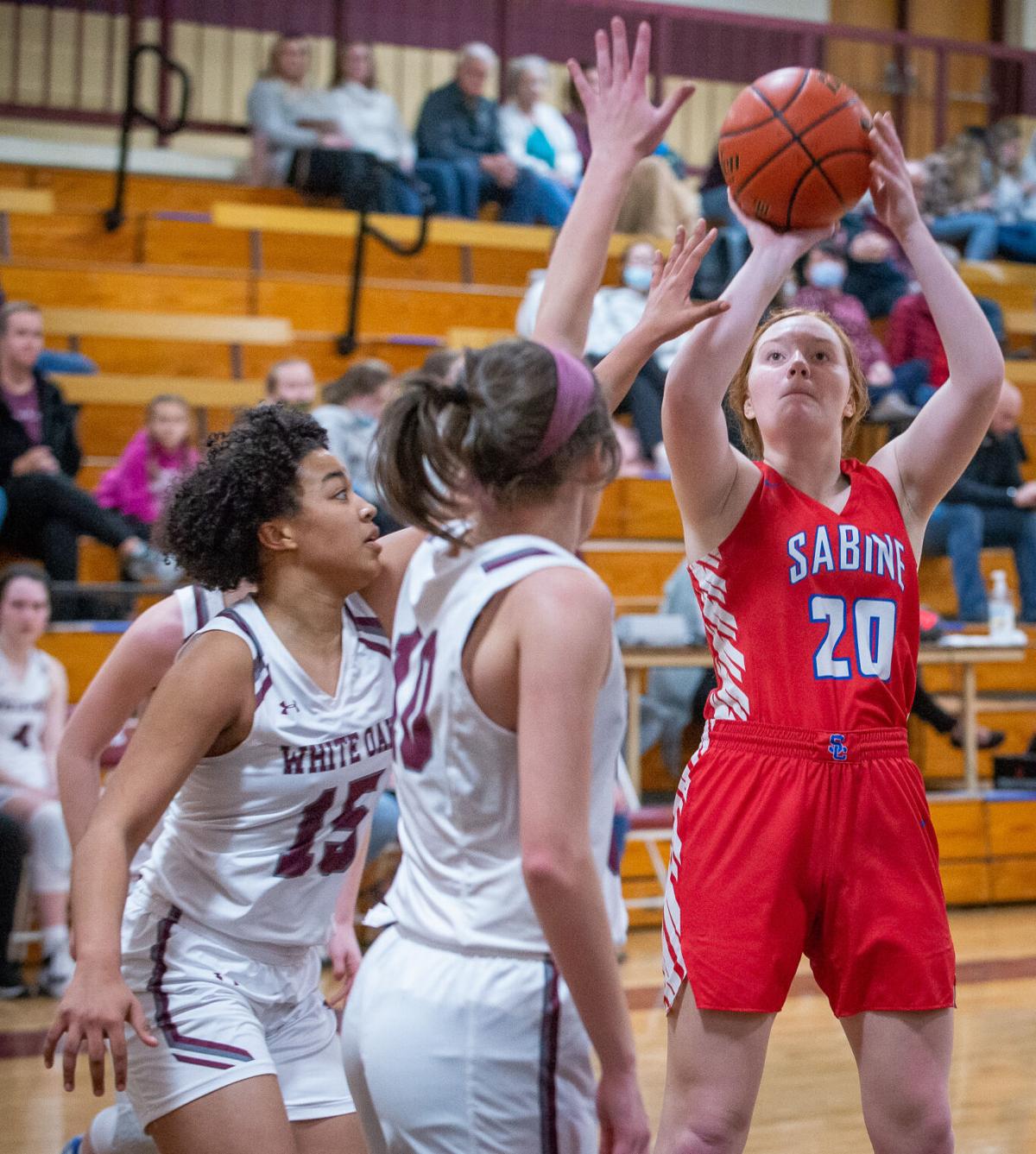 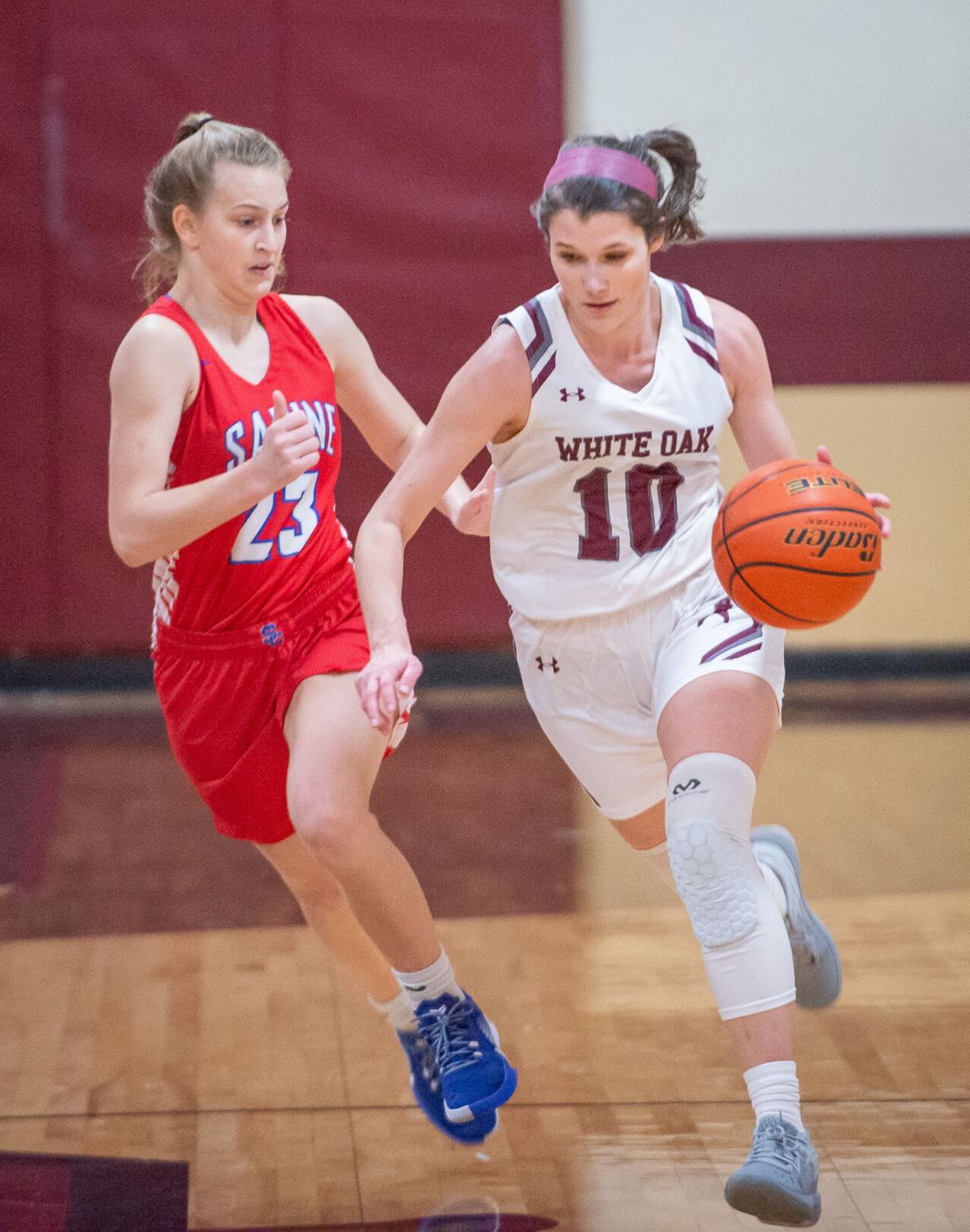 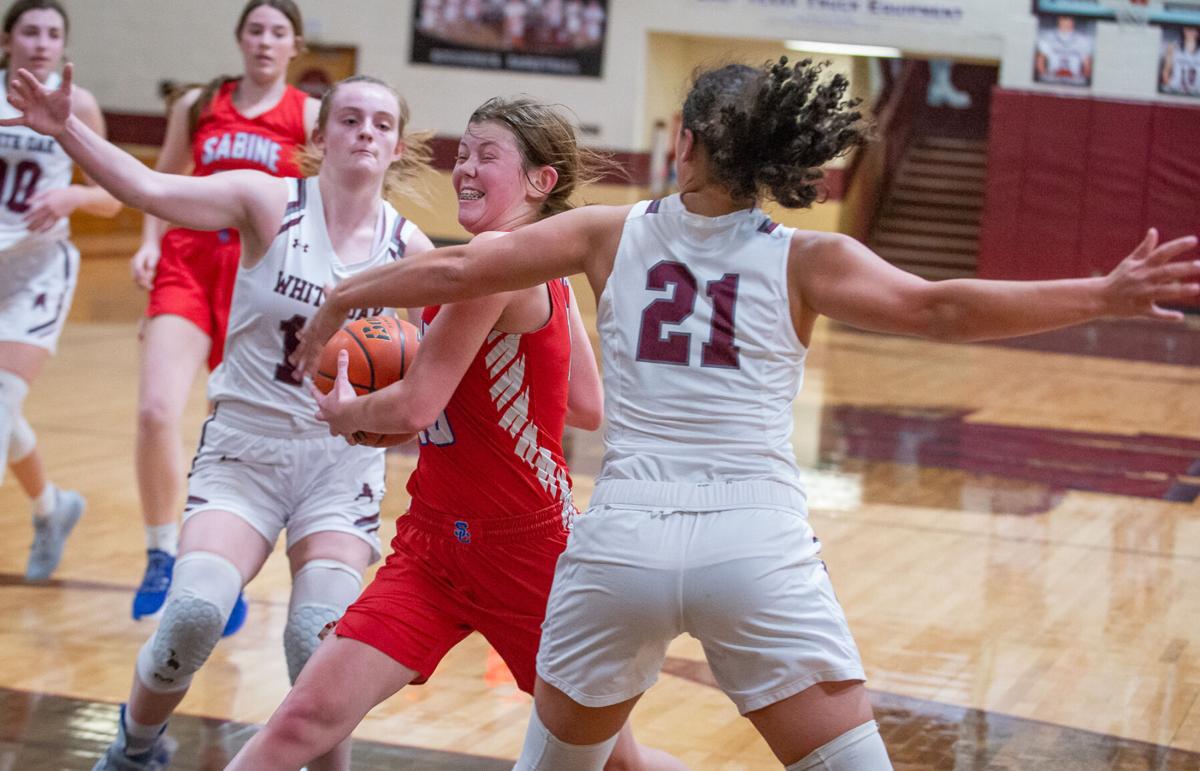 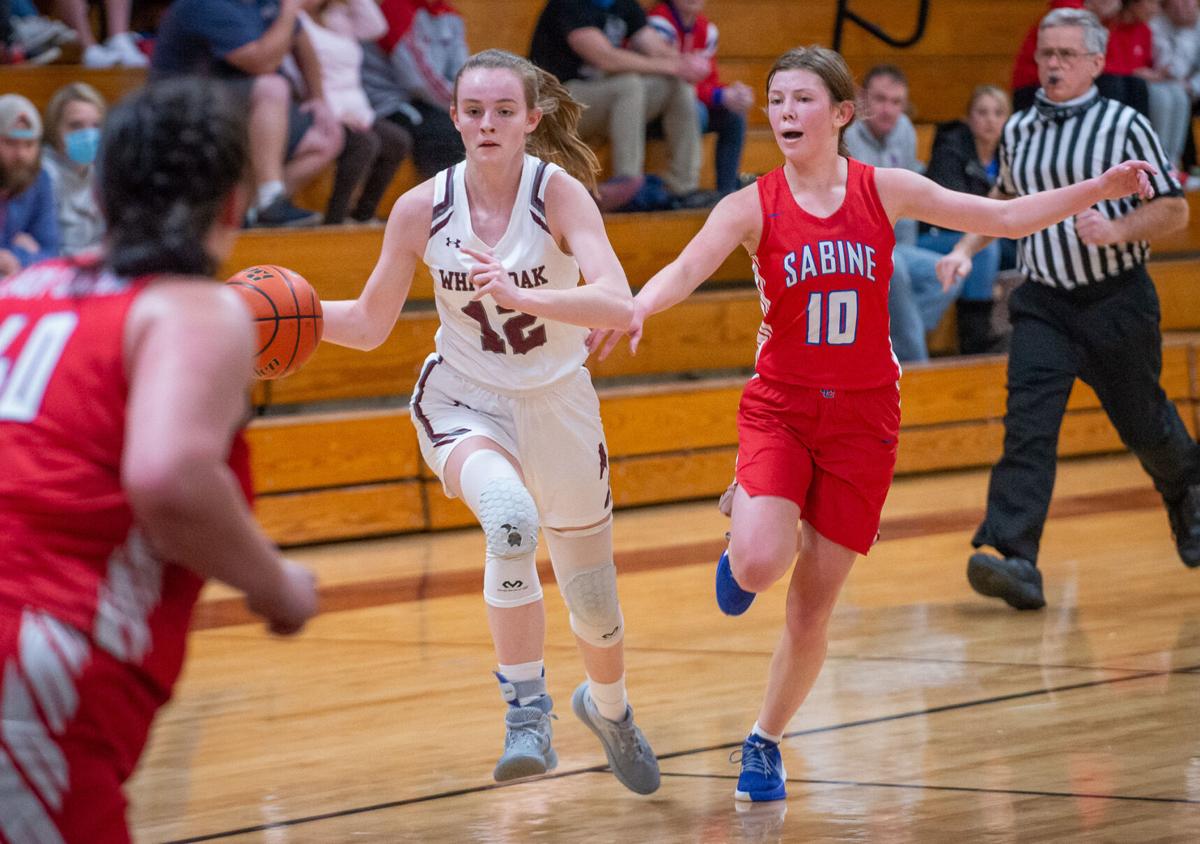 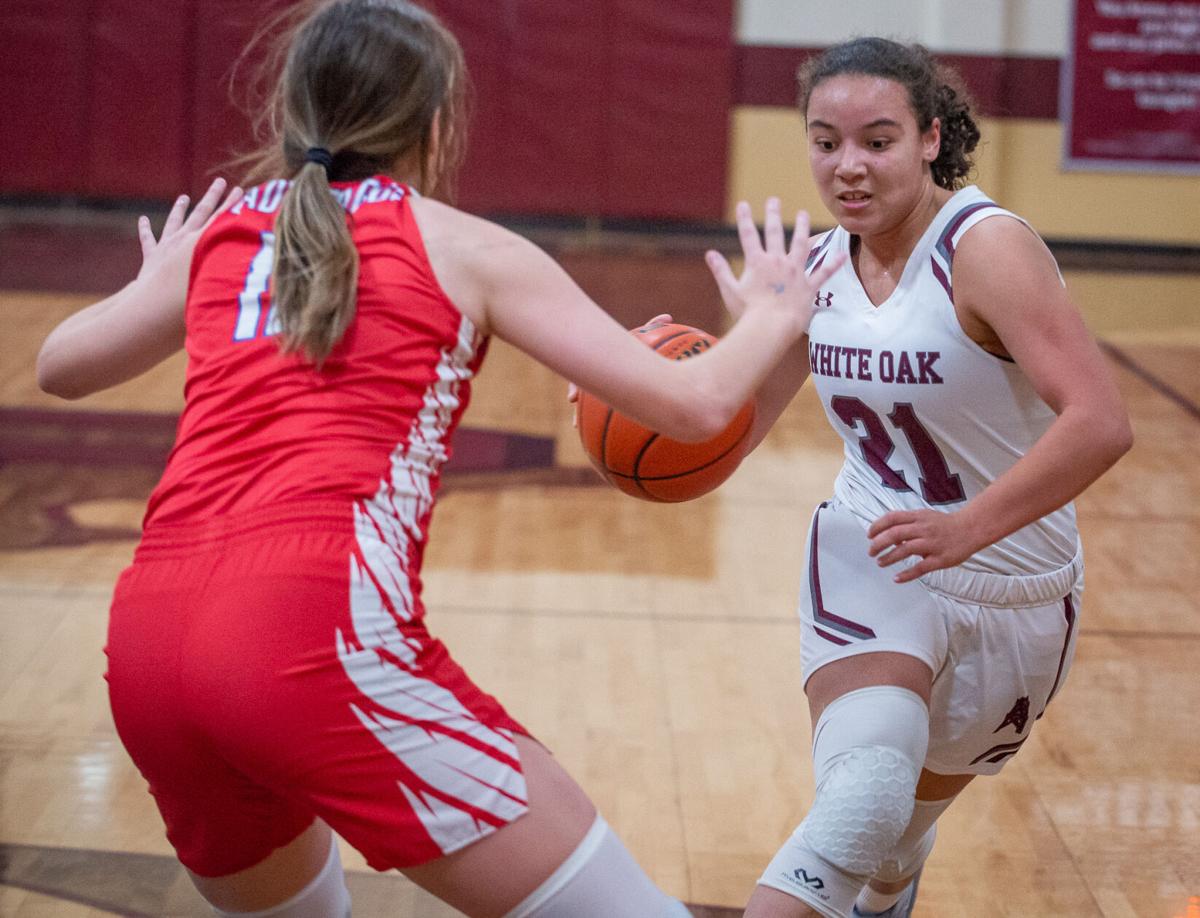 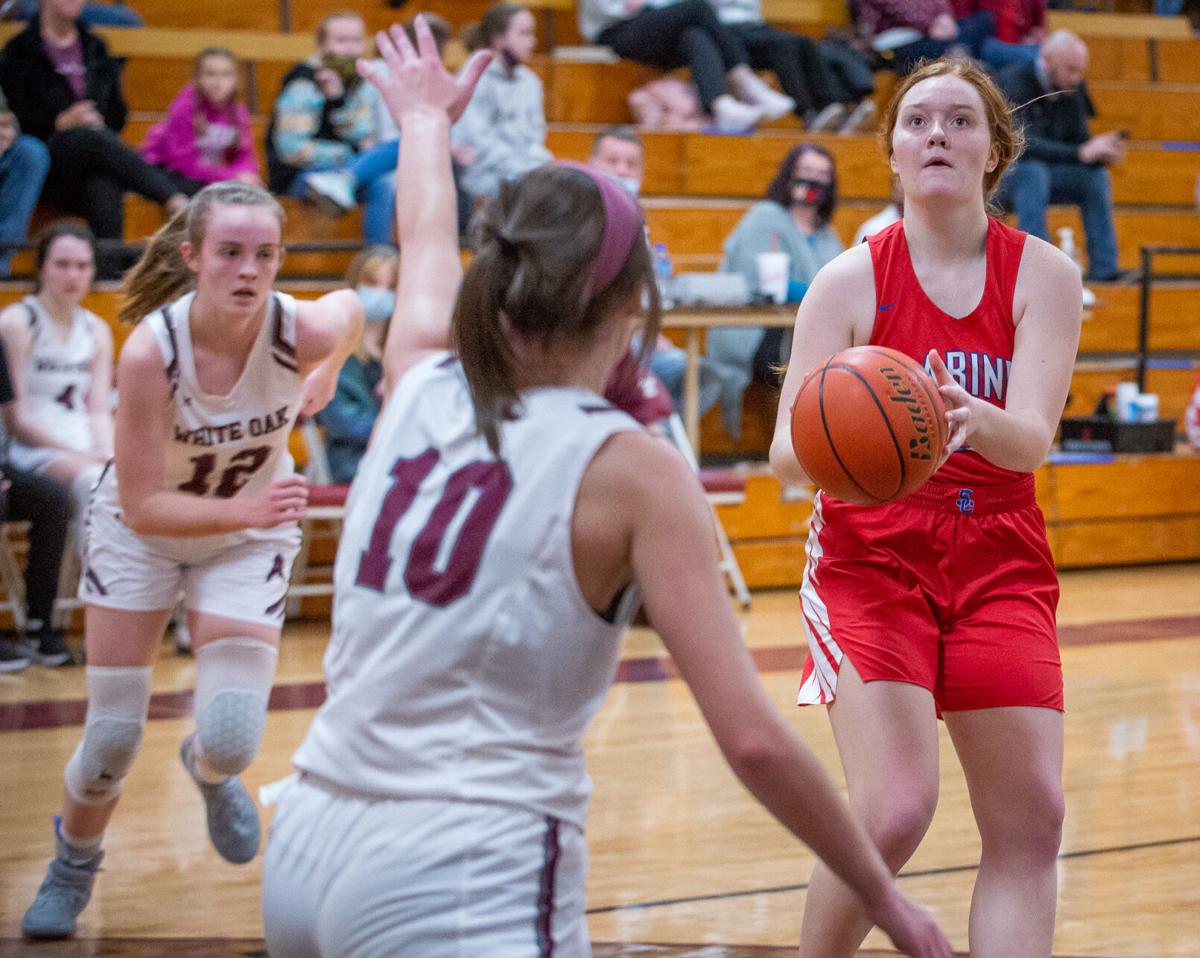 HALLSVILLE 43, LONGVIEW 13: The Hallsville Ladycats held Longview to single digits in all four quarters and outscored the Lady Lobos 30-6 in the second half en route to a 43-13 win.

Ashlyn Stiger added 10 for Texas High, which led 8-3 after one quarter and 18-5 at halftime.

Mariyah Furay and Emari Fluellen had seven points apiece in the loss for Pine Tree. Renee Garrett finished with three and Fyndi Henry added a bucket.

Kyleigh Posey scored 14 points, and Natalie Styles and Elyssia Lemelle added 12 apiece for the Lady Pirates, who broke a 30-30 deadlock at the half by outscoring Paris 17-5 in the third period. Sanaa Hollins scored nine points, Gabbi Brown six, Jada Peoples four and Kaitlyn Hernandez one.

Pittsburg will host Gilmer on Saturday.

SABINE 61, WHITE OAK 51: WHITE OAK — Blaire Kaufman ripped the nets for 35 points, and the Sabine Lady Cardinals pulled away in the fourth quarter to earn a 61-51 win over the White Oak Ladynecks.

Maddie Furrh had eight points for Sabine, which improved to 15-1 overall and 5-1 in district play with the win. Mercedes Willett had five points, Addy Gresham four and Hailey Davis, Claudia Simmons and Ashlynn Davis three apiece.

Sabine held a slim 44-42 lead after three quarters, outscoring the Ladynecks 17-9 in the final eight minutes.

Gladewater led 20-3 after one quarter and ended the game by outscoring the Lady Rebels 20-0 in the fourth period.

Tori Cummins had six points and Emily Hoosier four in the loss for Ore City.

JEFFERSON 53, W. RUSK 46: JEFFERSON — Ja’Kayla Rusk and Da’Navia Thomas combined for 43 points, and the Jefferson Lady Bulldogs held on for a 53-46 win over the West Rusk Lady Raiders.

Christen Smith and Madison Edwards both scored 17 for Elysian Fields.

Calli Osmon drill five 3-pointers and finished with 21 points for the Lady Brahmas, who led 27-5 after one quarter and 48-23 at halftime. Shawni Cooper scored 18 points, Sissy JOnes 12 and Jailyn Smith 10.

HAWKINS 47, U. GROVE 36: HAWKINS — Jordyn Warren led the way with 13 points, Lynli Dacus just missed a double-double with 10 points and nine rebounds and Hawkins moved to 5-0 in district play with a 47-36 win over No. 17 ranked Union Grove.

MCLEOD 70, L-KILDARE 13: MCLEOD — Gracie Lance had 17 points and 11 rebounds, Kaitlyn Cross finished with 15 points and seven steals and McLeod rolled to a 70-13 win over Linden-Kildare.

Parker added five rebounds, three assists and six steals, and Brown pulled down five rebounds for HEAT, which outscored the Ladycats 21-8 in the second to build a 39-20 lead.