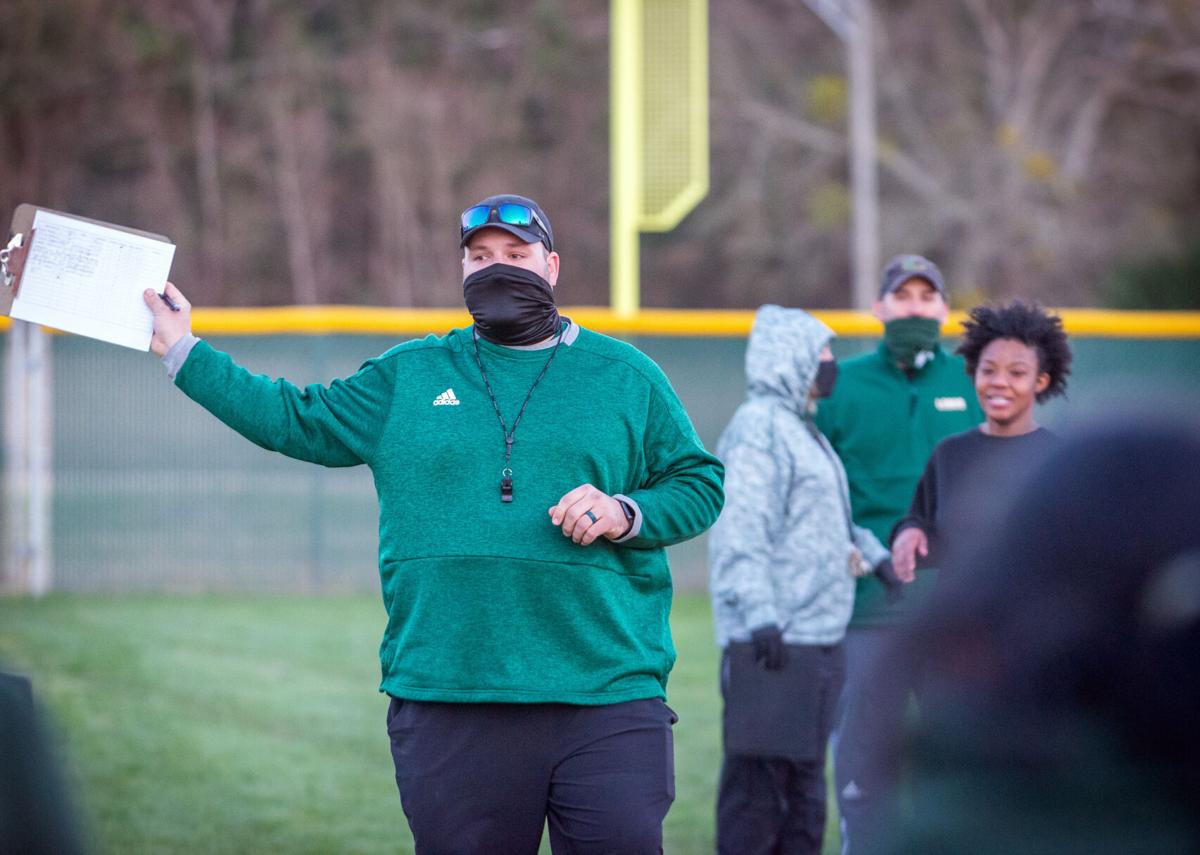 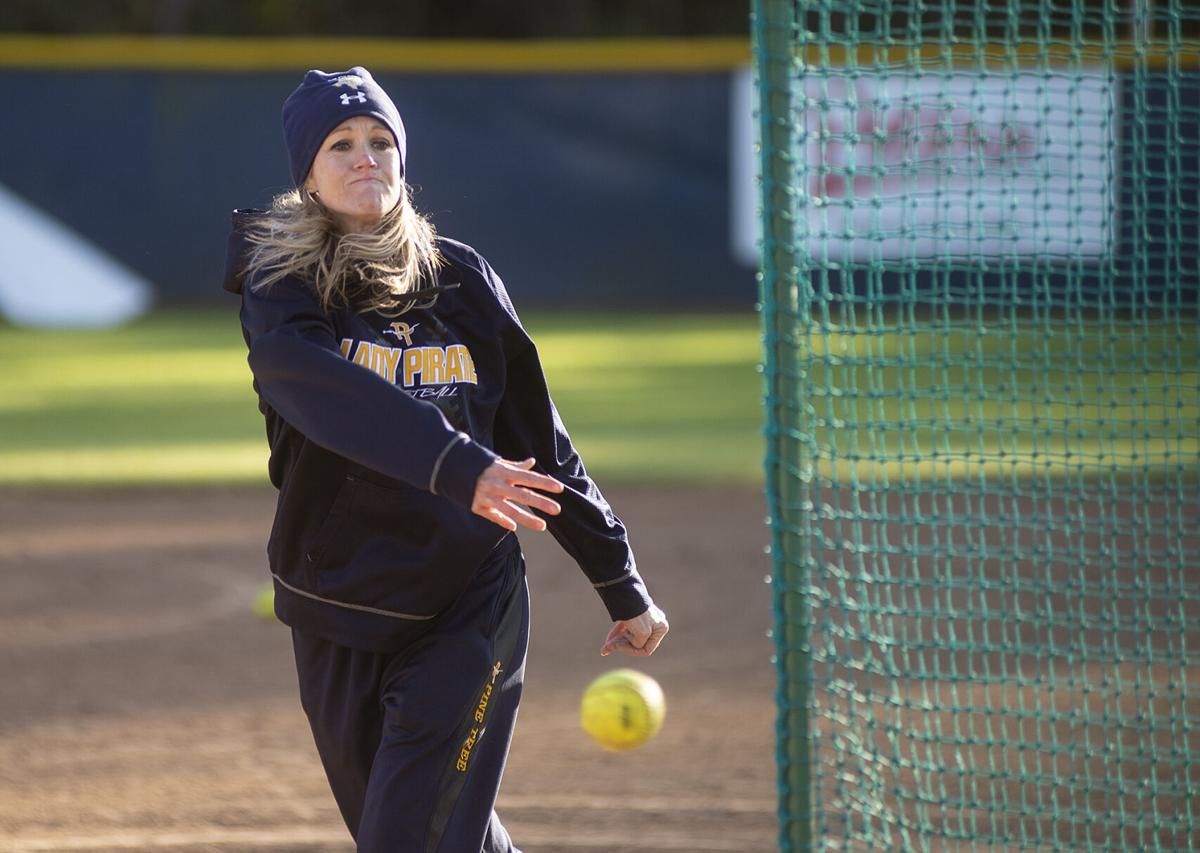 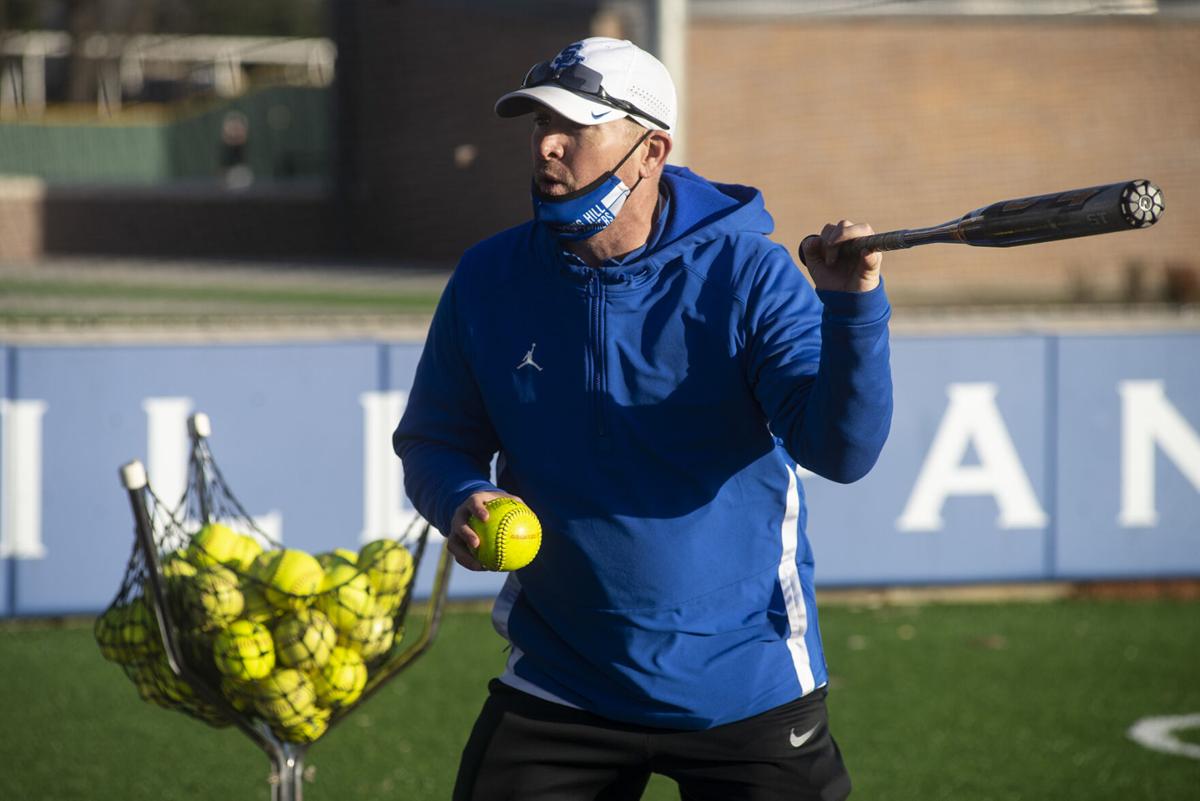 You can count on: “Good foundation set. Good freshman class, mixed with some move-ins.” — Kniffen

Needs work: “Leaning how to win and handling success. The pieces are now in place after three years of rebuilding.” — Kniffen

You can count on: “The team’s young talent and camaraderie.” — Murphy

Needs work: “With last year being cut short and the youth we have this year, varsity level of play is what we need.” — Murphy

Did you know: Murphy is in his second season coaching softball and his first as a head coach

You can count on: “The ladies had a good offseason and are ready to get back on the field. We do not have many seniors, but we have several returning players so there is a lot of leadership and team chemistry.” — Waddell

Needs work: “We definitely need to get the bats rolling more and work on pressure situations.” — Waddell

You can count on: “Being ready to play. Like most other teams, this down time has been hard, and we are all anxious to get an entire season in.” — Whatley

Needs work: We are always working on excelling in all aspects of the game, but this year I know 100% the mental game will be the make or break. From the softball perspective to handling COVID restrictions and absences, it’s going to take a toll on everyone mentally, and they have to be ready for anything.” — Whatley

Did you know: Achorn is in his first season as head coach at Marshall, which will host a seven-team tournament March 4-6

You can count on: “Depth. The majority of our kids are very versatile and can play multiple positions, which will allow us to put many different combinations in the lineup.” — Tarrant

Needs work: “Learning to gel as a solid unit. Many of the kids have a lot of softball knowledge and experience, but the key is getting it all to come together as a cohesive group.” — Tarrant

Did you know: Tarrant has a 298-170-6 record in 15 total seasons, including a 182-119-4 record in 10 seasons at Mount Pleasant … Carson Zachry has signed with Northwestern State, and Alvarez has given a verbal pledge to Northeast Texas

You can count on: “They are focused and working together.” — Bryant

You can count on: “We will step up and compete until the last out.” — Mayfield

Needs work: “We have to hit and know our roles and what is expected of us.” — Mayfield

Did you know: The Lady Panthers will be playing a second season in their new stadium … Mayfield is in his second season coaching at Spring Hill … Schott has signed with UT Tyler

You can count on: “Outfield and upper classmen. Our outfield is very quick and reliable, and we have several players who are third or fourth-year starters on varsity.” — Kirkpatrick

Did you know: Kirkpatrick has 80 total wins as a high head softball coach, with 74 coming at Kilgore … Nine players on this year’s varsity or JV Kilgore squads played on Kirkpatrick’s 10U team – Premonition

You can count on: “Team chemistry. This group is such a tight knit group, and they play so well as a team.” — Jones

Did you know: Jones has a 110-83 record as a head coach … Henderson’s softball field is named after Henderson graduate Jamie Hand, who was a victim of the 1999 Aggie bonfire tragedy

You can count on: “Defense is looking solid.” — Grant

Did you know: Grant has an 83-44 record at Lindale, which was a 5A school last season

You can count on: “These girls are ready to compete, ready to finish what they started last year and ready to go far in the playoffs.” — Barton

Did you know: Philips was the pitcher of record in all 19 Lady Buckeye games last season

You can count on: “Work ethic. Our players know our program’s expectations from last year and they have done a great job carrying on the tradition of hard work within our program.” — Dunn

Needs work: “Our team needs to settle into new positions and new roles this year. We will use the preseason to figure out where all the puzzle pieces fit in order to put our team in the best position for success.” Dunn

You can count on: “Competitiveness and chemistry.” — McFall

Needs work: “Shaking off the rust from a shortened season and getting back to where we were when we got shut down. Being patient and trusting the process.” — McFall

You can count on: “Being disciplined and focusing on the details as a team.” — Williams

Needs work: “Getting back into the flow of the game with such a long period off from the sport.” — Williams

You can count on: “Pitching was very consistent for us last year. We did a good job limiting freebases and pitching to our defense. We produced a lot of runs offensively and were able to score runs in many different ways.” — Lovett

Needs work: “We will have some younger players that will need to fill important roles for us this year.” — Lovett

You can count on: “We have a great group of seniors that are talented and have a lot of experience. We will have a deep pitching staff and a solid defense.” — Blankenship

Needs work: “Consistency. We must be ready to play every game and be focused every pitch. We want to compete at a high level, so we have to raise our game in practice to get there.” — Blankenship

Did you know: The Ladynecks moved into a new field house on Jan. 8 … Blankenship, a 2004 White Oak graduate, is the school’s all-time leader in pitching wins (72) and strikeouts (571)

You can count on: “High spirits and hustle.” — Clark

Did you know: This is Clark’s second time around as Gladewater’s softball coach. He previously coached the Lady Bears from 2006-2010

You can count on: “Pitching, with the addition of two freshmen pitchers. We have never been four-deep in the circle. You can count on quality outings from each one, and with four we should be able to keep fresh legs on the mound.” — Thompson

Needs work: “Consistency all around – hitting, pitching and defense. We lost a lot of valuable experience last year for this young team with the COVID shutdown. Once we get all our players back and get some games under our belts, we will be where we need to be at the right time.” — Thompson

Did you know: Thompson has a 267-77-2 coaching record … Former Lady Mustang standout Shelby Shelton is in her first year as head coach at Paris Junior College

You can count on: “Strong upper classmen leadership with a lot of experience. These girls will work hard for one another.” — Agnew

Needs work: “As usual, from year to year there are some big holes to fill. This year is no different, but we have no doubt we have the athletes that will step up.” — Agnew

Did you know: Green has given a verbal pledge to Northeast Texas Community College … Green, Hoosier, Gabaldon and Andrews have played softball together for 10 years

You can count on: “I feel good about the energy and enthusiasm we are playing with so far, and the defensive improvements we have made since last year.” — Phillips

Needs work: “We have offensive improvements we need to make before the district starts.” — Phillips

Did you know: Phillips is in her second season as a head coach

You can count on: “We have depth in key positions, and did not lose a lot of experience.” — Martin

Needs work: “Learning to play as a team since the season was cut short last year.” — Martin

Did you know: Sabine played just two home games in its new stadium last year before the season was cut short due to COVID-19

You can count on: “We are going to count on our athleticism to keep us competitive. Team speed is probably our biggest asset, and we will need to utilize it often.” — Wilson

Did you know: Haley Nix, a 2007 Daingerfield graduate, played at Texarkana and then at the University of Oklahoma, where she earned All Big 12 honors and played in the 2011 College World Series

You can count on: “Strong defense.” — Fay

Did you know: Fay’s district record at Harleton is 16-0

You can count on: “Strong experience in key positions, and younger kids are really working hard every day.” — Commander

Did you know: Commander has a 186-112 coaching record … Ellis and Smith were selected to play in this year’s FCA Heart of a Champion All-Star Softball Game, and Commander will be their coach … Ellis will play her college softball at ETBU

You can count on: “Out strong point will be pitching. I have three girls who can really throw the ball.” — Morton

Needs work: “Defense. We are an incredibly young team. Six of my starters are freshmen and sophomores. We have a very challenging district with some great coaches leading some tough teams.” — Morton

Did you know: Morton is 87-53 as a head coach … King, the team’s lone senior, is a three-sport letterman

You can count on: “The girls are extremely coachable and are willing to adjust to new situations.” — Jones

Needs work: “Wehave a lot of girls who are involved in other successful programs at Tatum. There will be several girls playing in positions they are not used to until players come back from other sports. Building team chemistry in that type of situation is difficult, but I have not doubt we have the players who can overcome that challenge.” — Jones

Did you know: All of Tatum’s non-district games will be played on the road while artificial turf is installed and other renovations take place at Tatum’s home field

You can count on: “Troup softball will be giving every bit of what they have in each game. They are such a fun-loving, energetic and hard-working group of young ladies.” — Weeks

You can count on: “Veteran experience and leadership.” — Seahorn

You can count on: “I have a group of upperclassmen who have worked hard all year and love playing the game.” — Chitty

Needs work: “Infield. I lost four infielders last year, so we have some players in new positions.” — Chitty

Did you know: The Lady Indians eat together as a team/family one night each week during the season … Chitty has a career record of 95-30 as a coach, including a 44-8 mark at Grand Saline

You can count on: “Senior leadership and encouragement for younger players.” — Whiddon

You can count on: “My team will bring the energy wherever we play.” — Mackey

Did you know: Mackey, who is also the head volleyball coach at Union Grove, has a 37-41 career record in softball