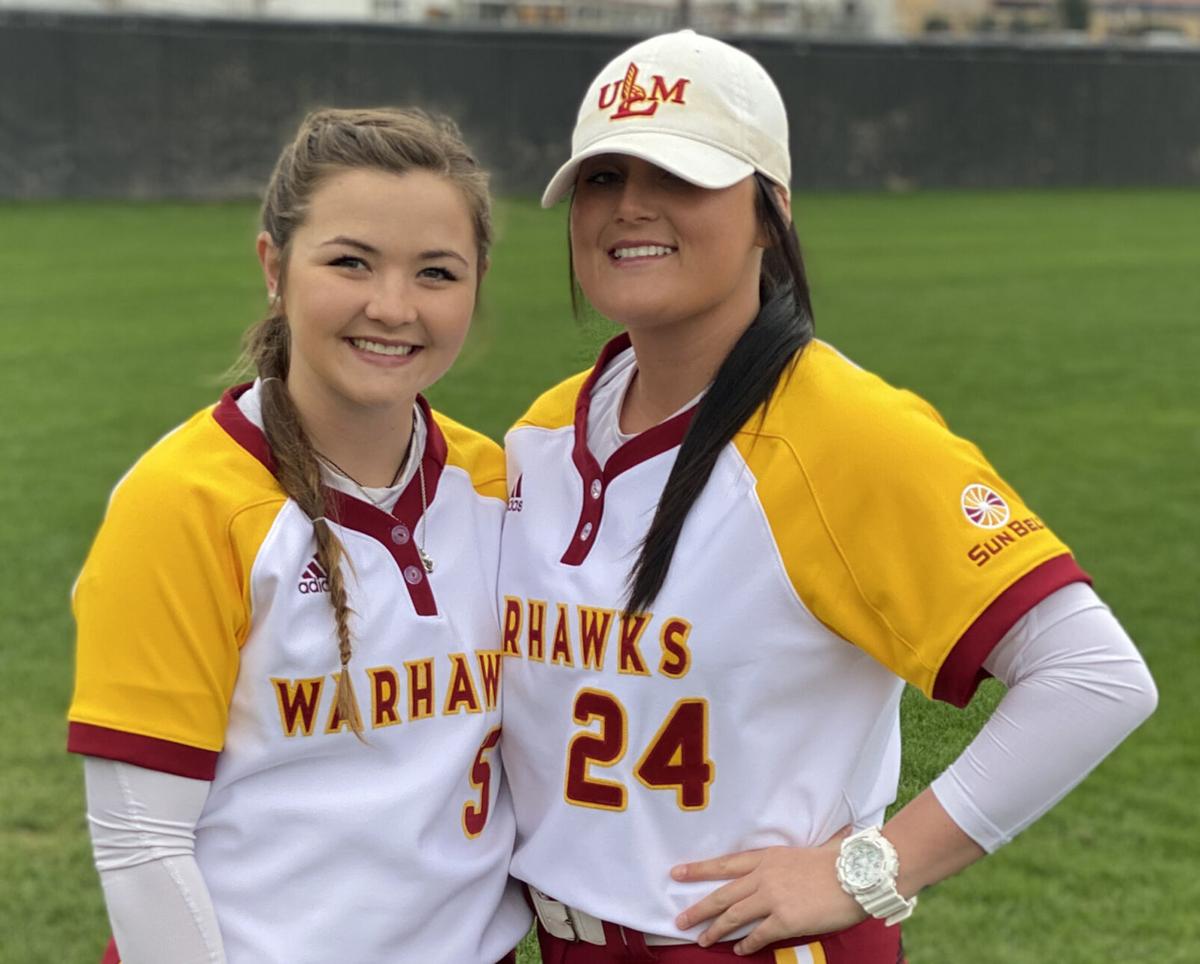 Jayden Mount, left, and Murphy Williams, both former East Texas softball standouts now at ULM, are spending their summers coaching, a profession that runs in the family for both. 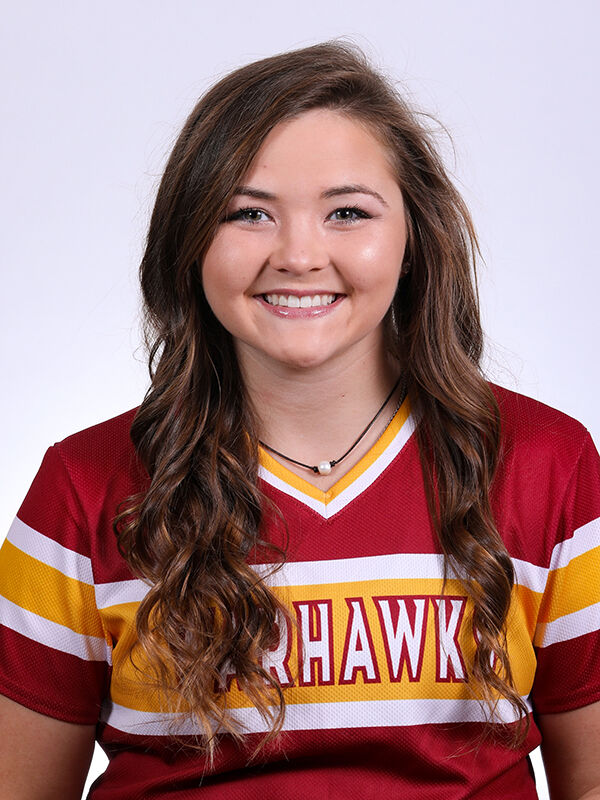 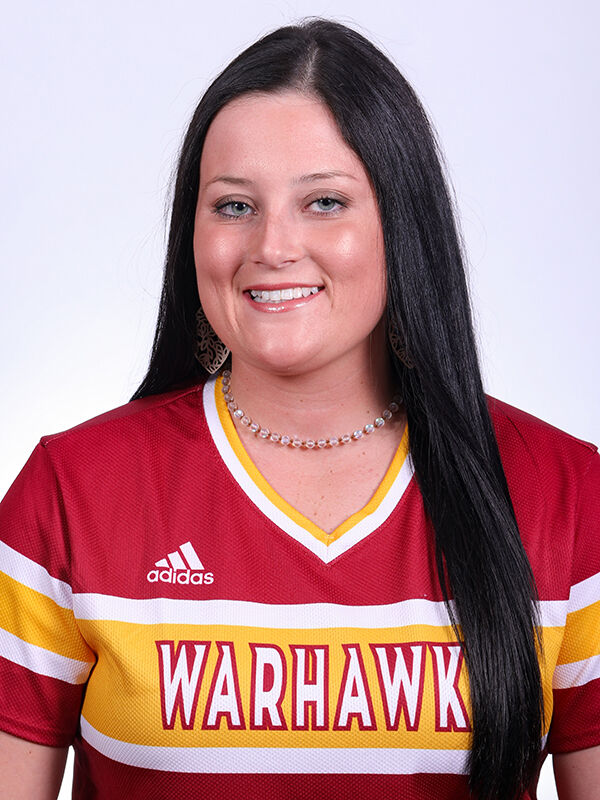 Murphy Williams and Jayden Mount always knew they would someday be coaches.

Williams, one of the top pitchers in East Texas during her career at Gladewater High School, is spending part of her summer as an assistant coach for the 16U Louisiana Bombers. Mount, who piled up record-setting offensive numbers at Sabine High School, is an assistant for the 14U Marucci Elite team based in Tyler.

Williams and Mount have been teammates the past two seasons at the University of Louisiana-Monroe. Williams will be a junior during the upcoming season. Mount, who has graduated, will take advantage of the rule allowing players to return for another season after most of the 2020 campaign was wiped out due to the COVID-19 pandemic.

For both, it was always a matter of “when” and not “if” they would become coaches.

“I knew as soon as I started playing when I was little this was what I wanted to do the rest of my life,” said Williams, who is the granddaughter of legendary Gladewater football coach Jack Murphy.

“If I can’t play, I want to be coaching. My mom tells me everyday this has always been in my blood.”

Jack Murphy, who has a football stadium named after him in Gladewater, took over as the Bears’ head football coach midway through the 1969 campaign and spent the next 28 seasons roaming the sidelines. He finished with a 205-110-7 record and 14 trips to the playoffs.

“I’ve pretty much been dead set on coaching forever,” said Jayden, who was coached by her dad during high school.

Williams struck out 695 batters in four seasons at Gladewater. As a senior, she had a 1.48 earned run average with 182 strikeouts in 122 innings pitched, and also hit .517 with seven home runs, eight doubles and eight triples.

As a freshman at Louisiana-Monroe, she made eight appearances in the circle with nine starts. This past season as a sophomore, she was 5-2 with a 3.68 earned run average and 24 strikeouts in 51.1 innings, and was credited with half of the team’s 10 pitching wins when the season was scrapped.

She spent the past week in Gulfport, Mississippi with the Bombers at a national qualifier.

“I played with coach (Chris) Albert in 18U travel ball going into my freshman year of college,” Williams said. “He wanted me to be a mentor for the girls and to help mentally prepare them for when they go to college.”

“I’m coaching first base and shadowing the pitching coach to see how she works her pitchers. We feed off each other, and hopefully learn some new things.”

The 14U Marucci Elite Team plays tournaments on the weekend and practices each Tuesday — with an occasional Thursday practice.

“I’m basically doing a little bit of everything,” Mount said. “It’s exciting to see those girls come together. Right now, we know we have the potential to be great, but we have to get everything to click, get everyone connected as a team and find the right energy. We need to get them to be more excited for others than they are for themselves.”

The 14U Marucci Elite team is coached by former Kilgore High School and Kilgore College standout Amber Williams, who finished her playing career at UT Dallas and is currently an assistant coach at Kilgore College. Her father, Dennis, was a longtime football coach at Arp and Marshall high schools.

“We’re both from East Texas, so playing softball here we knew each others name,” Amber said of Mount. “When I started coaching Marucci back in May, I got the team together and realized I needed an assistant. I wanted someone who also had played softball. ...someone the kids realized knew what was going on. I thought of Jayden, asked if she was interested and she jumped on board.”

So far, the experiment has been a success for the players and coaches.

As for the future?

“We’ve talked about the fact we wouldn’t be surprised if we were coaching against each other at some big school some day,” Amber said.

It is, after all, a family tradition.