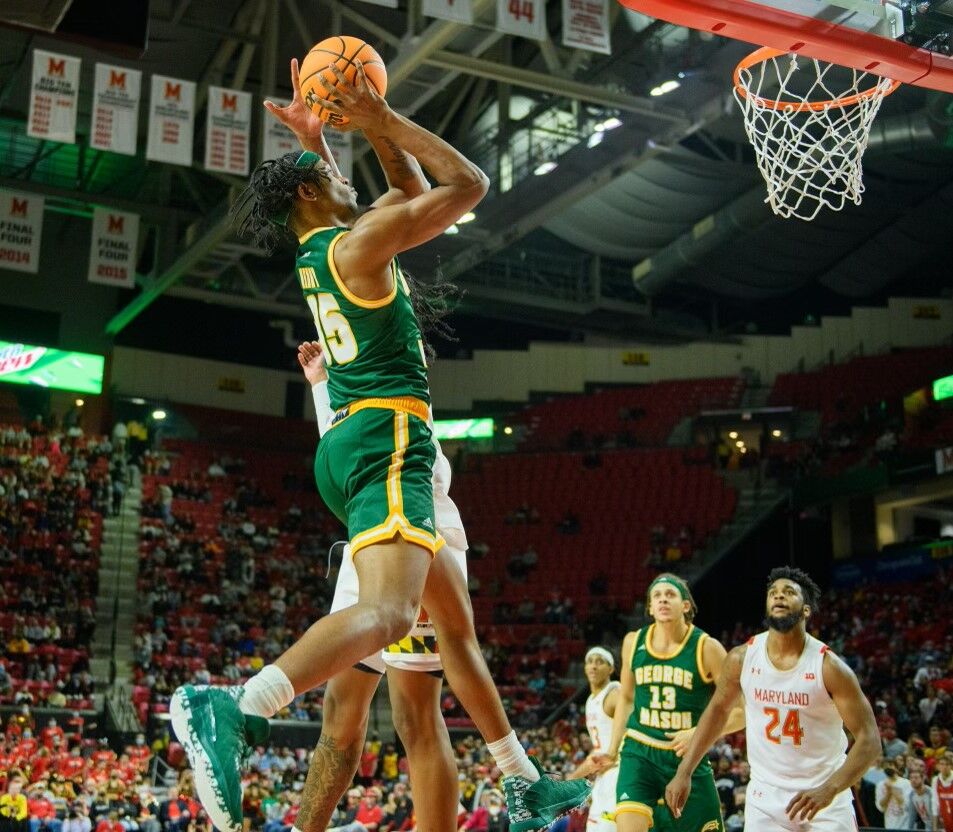 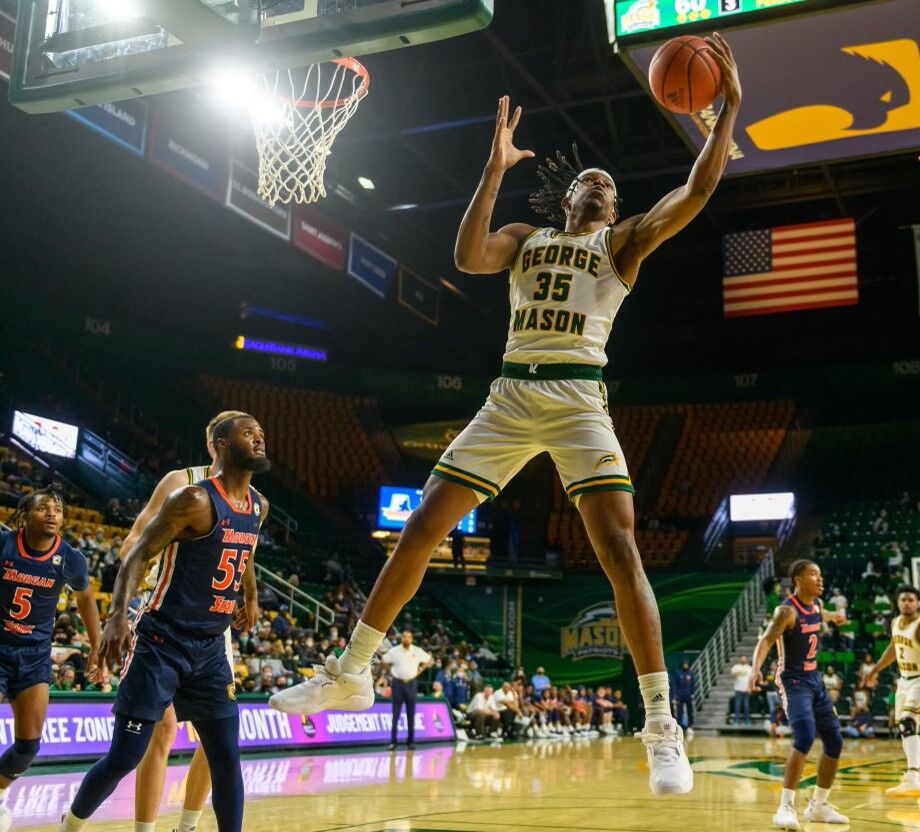 COLLEGE PARK, Md. – Longview High graduate Malik Henry jumped over the baseline and saved the ball from going out of bounds, with his pass to a teammate eventually leading to a layup for a second teammate.

The layup by a George Mason University guard was off the mark here on Wednesday in the first half, but that hustle play by sophomore forward Henry was a sign of things to come for his Patriots.

George Mason, from the Atlantic 10 Conference, out-hustled No. 20-ranked Maryland for loose balls down the stretch in the second half and came away with a 71-66 upset win over one of the top teams in the Big 10 Conference.

“The things people usually see (in the boxscore) is people that score; they don’t really look at the defensive end,” Henry said in a phone interview Thursday afternoon. “Hustling for loose balls and hustling for the balls, I feel that is a big part of my game and that will carry me a long way, being a hustle player and energy guy.”

That mindset helped George Mason beat a ranked opponent for the first time in about 14 years.

“It was a lot of fun, to see all of the coaches be excited about that win and the players were all excited,” Henry said about the scene at Maryland on Wednesday night. “Nobody on the team was being selfish if they didn’t get in (in the game). It was one big family celebrating.”

Henry knows his role for the Patriots under first-year head coach Kim English.

“Get stops on defense; coming off the bench and getting stops and getting good shots and things in that area,” said Henry, who is focusing on integrated studies and a minor in coaching. “Kim, our coach, always puts one word in our mind and it is called humility, basically being humble. Everybody was doubting us.”

Some may have been doubting the Patriots, but Mason won its first three games by at least 20 points over Stony Brook, Penn and Morgan State – all at home in Fairfax, Virginia. Henry’s mother saw her son play in person for the first time in college on Nov. 12 with the win over Penn.

“I was happy about that,” Henry said.

She certainly was happy about the latest win over the Terps. Henry has come off the bench in the first five games and averaged 9.5 minutes, 3.0 points and 3.3 rebounds per contest.

“We didn’t change anything about our game,” Henry said of facing Maryland. “We have good defensive players and who guys who can score the ball. We just treated it like a normal game.”

“This is our fourth win against a team that will finish at the top of their league,” coach English said. “That’s the most important thing. I saw something in the media where they said it was a big game for us. Our guys know that’s the complete opposite of what we preach. We didn’t prepare for Maryland any differently than we did Stony Brook, Penn, Morgan State. Our standard is our standard. I’m really proud of our guys. It keeps us on track with our goals. It’s a quality road win.”

Henry said he never really considered transferring after Dave Paulsen, his former coach, and the school parted ways after the 2020-21 season.

“I felt very confident; at first I said I’m not leaving, I don’t feel like going to another school,” Henry said. “My first workout with Kim, I just knew it was going to be a good year the way the workouts were going.”

One assistant coach who stayed on was Duane Simpkins, a former standout guard at the University of Maryland who played pro ball overseas for several years. He had a big smile on his face Wednesday night here as Mason upset his alma mater.

“It felt good; since he was on the staff last year, it felt like he knew the people that were staying,” Henry said of Simpkins. “He got to talk to Kim about us and Kim got a feel for us” as players.

That stability has helped the Patriots to a strong start this season.

Wednesday was the first win over a ranked team since 2007 for Mason – which made a magical Final Four run the previous year – and the first time the Patriots of Northern Virginia beat nearby Maryland in 10 tries.

“It is really special,” said Josh Oduro, a standout forward for George Mason.

“It is about guarding your man and defensive rebounds,” said English.

At 6-foot-8, Henry played in eight games last season as a freshman for the Fairfax, Virginia school and averaged 2.4 points and 1.1 assists and shot 66.7 percent from the field. He had four points in the Atlantic 10 quarterfinals against Davidson.

The Longview resident was a 2020 Texas 6A all-state selection and was the East Texas Player of the Year. A strong defender in high school, he was named the 11-6A defensive player of the year in 2019 and 2020.

He averaged 14.8 points and 9.8 rebounds as a Longview senior and blocked 94 shots. Henry had more than 1,000 points in high school and ended up with more than 800 rebounds and 130 dunks for his prep career.

George Mason had a quick turnaround with another road game Friday, this time at James Madison in Harrisonburg, Va. – about two hours southwest of the Mason campus.

James Madison won that game to hand George Mason its first loss of the year. Henry played 14 minutes, scoring six points to go along with three steals and three rebounds.

Virginia native David Driver is a free-lance writer in Maryland and has covered college basketball for 25 years in that region. He can be reached at @DaytonVaDriver and daytondavid.com.