You have permission to edit this article.
Edit
Welcome, Guest
Home
Sports
Schools
Stats
The Zone
Columns
Photo Galleries
Pro
Player of the Week
1 of 14 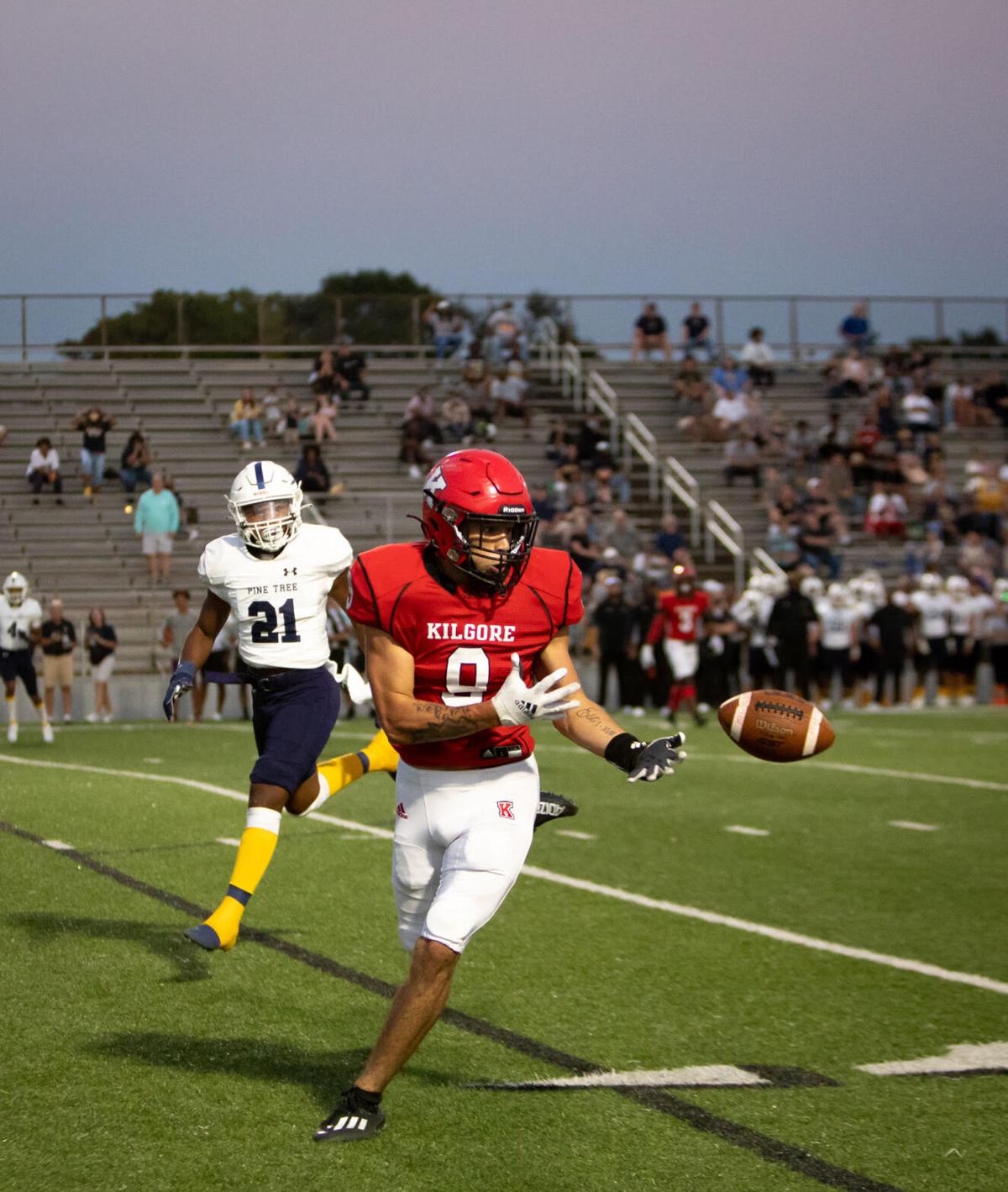 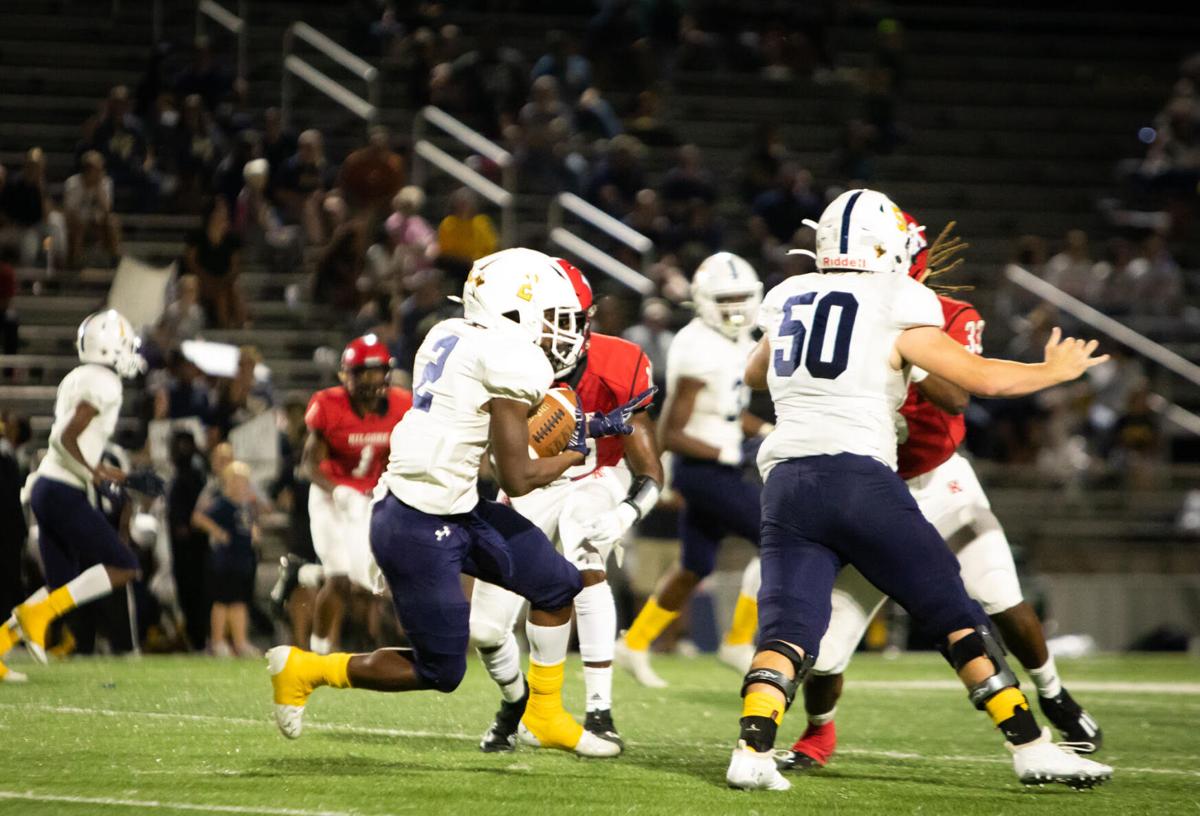 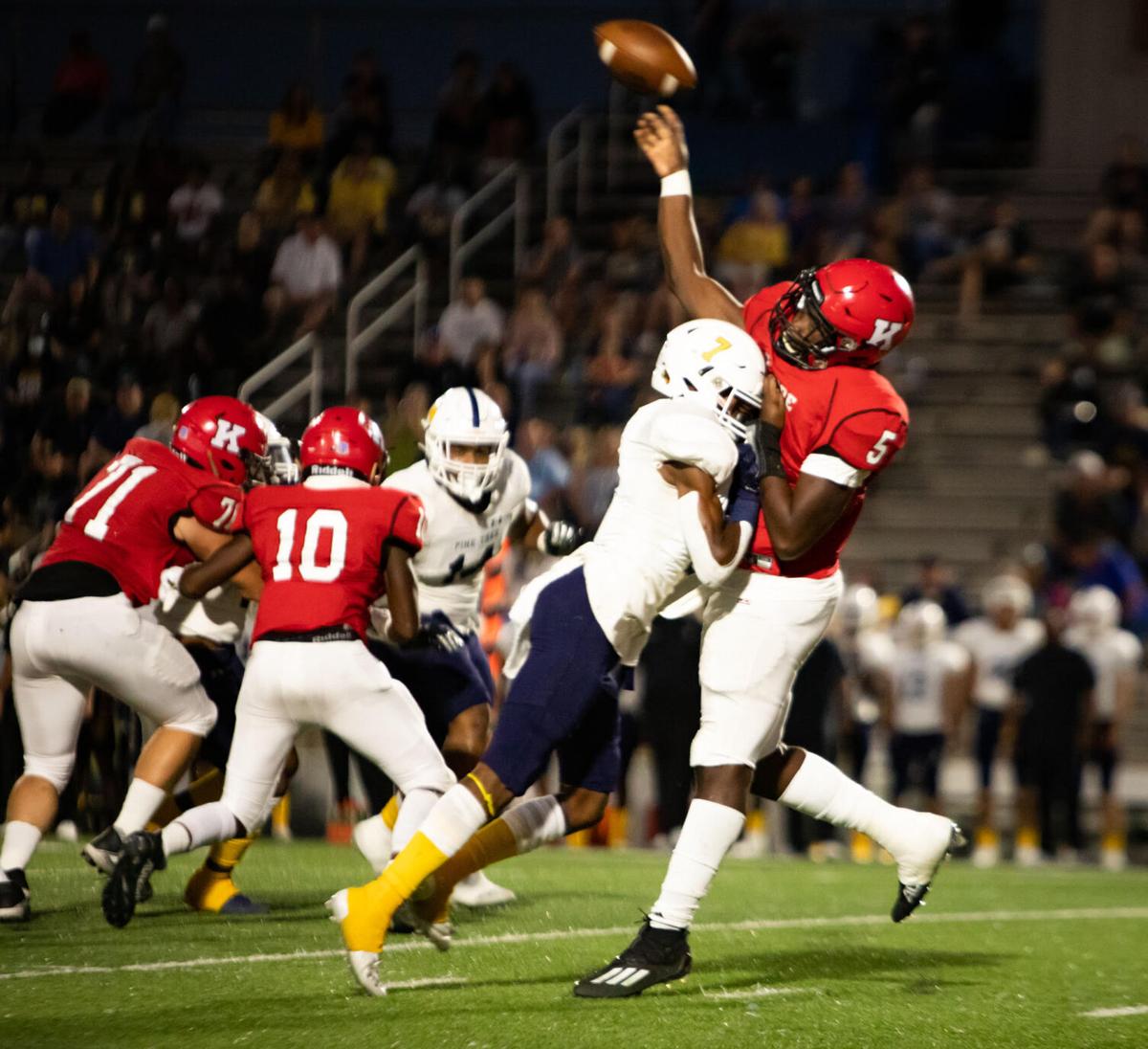 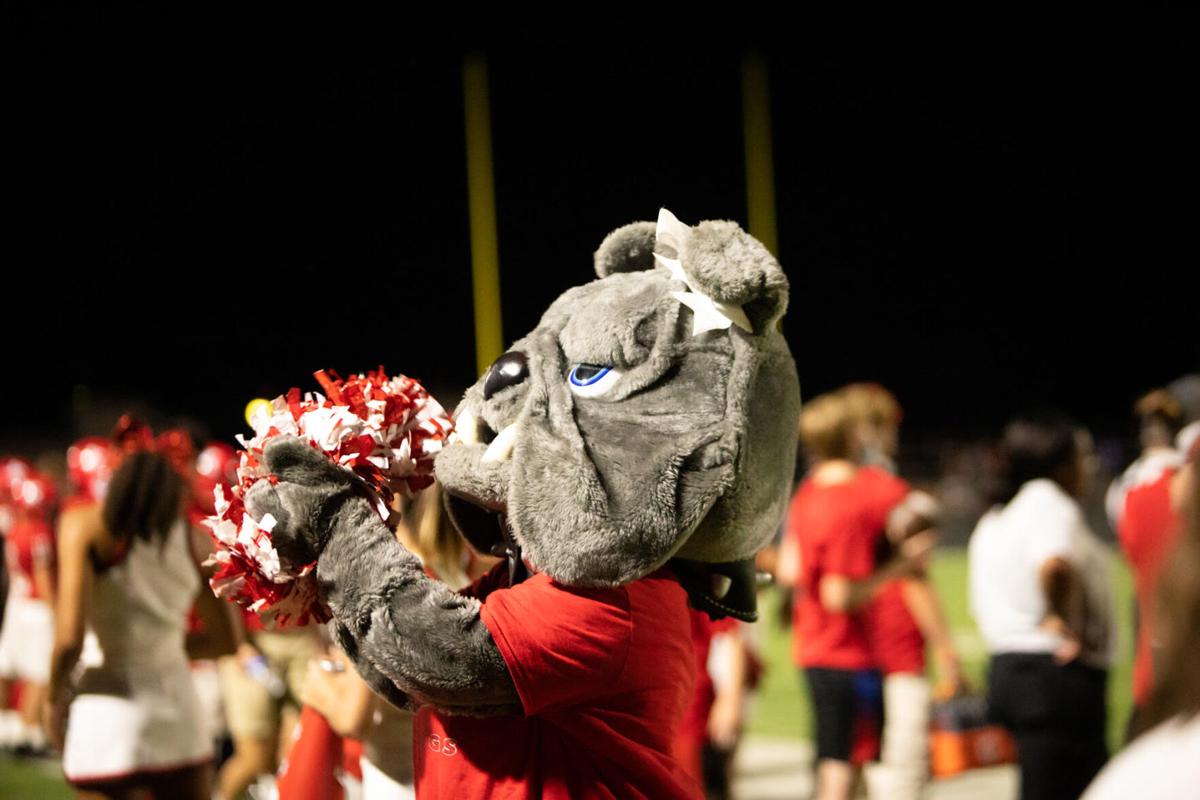 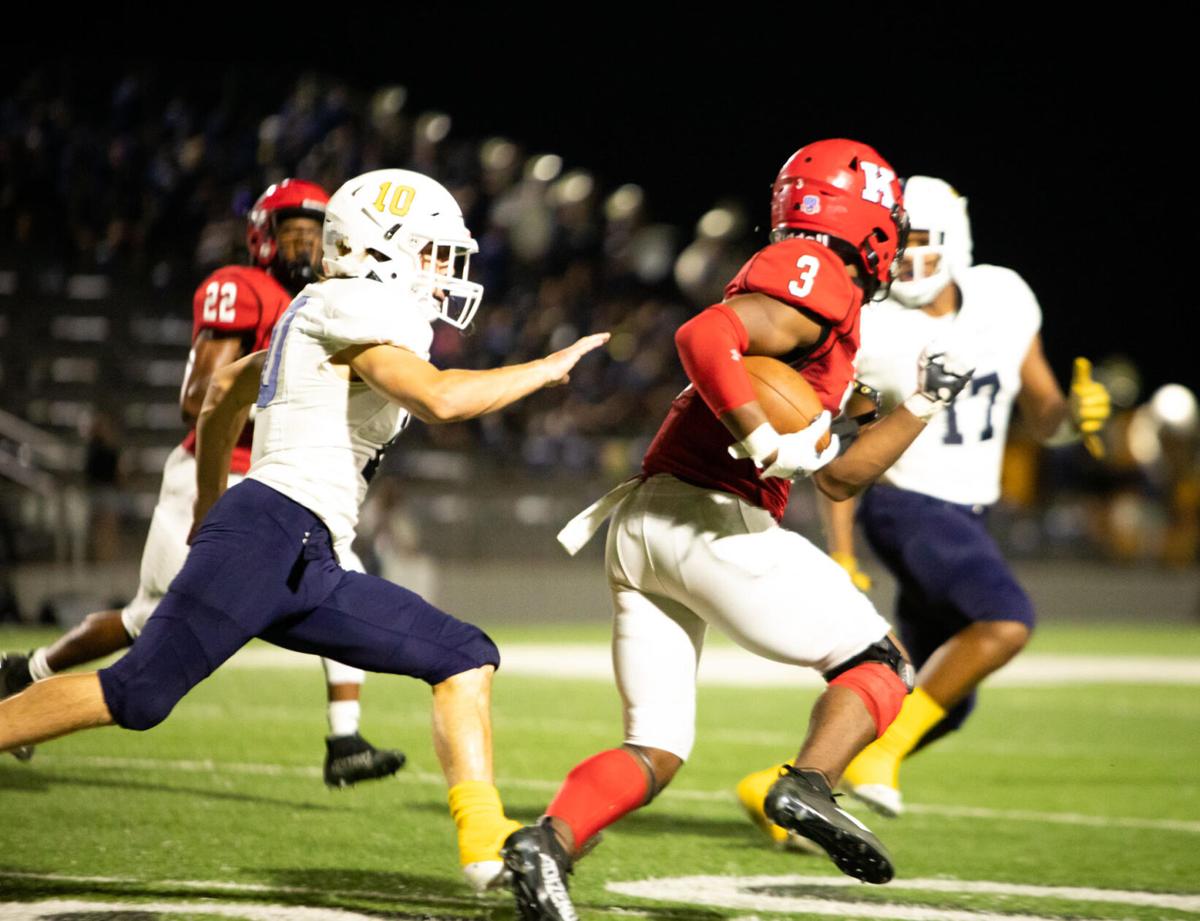 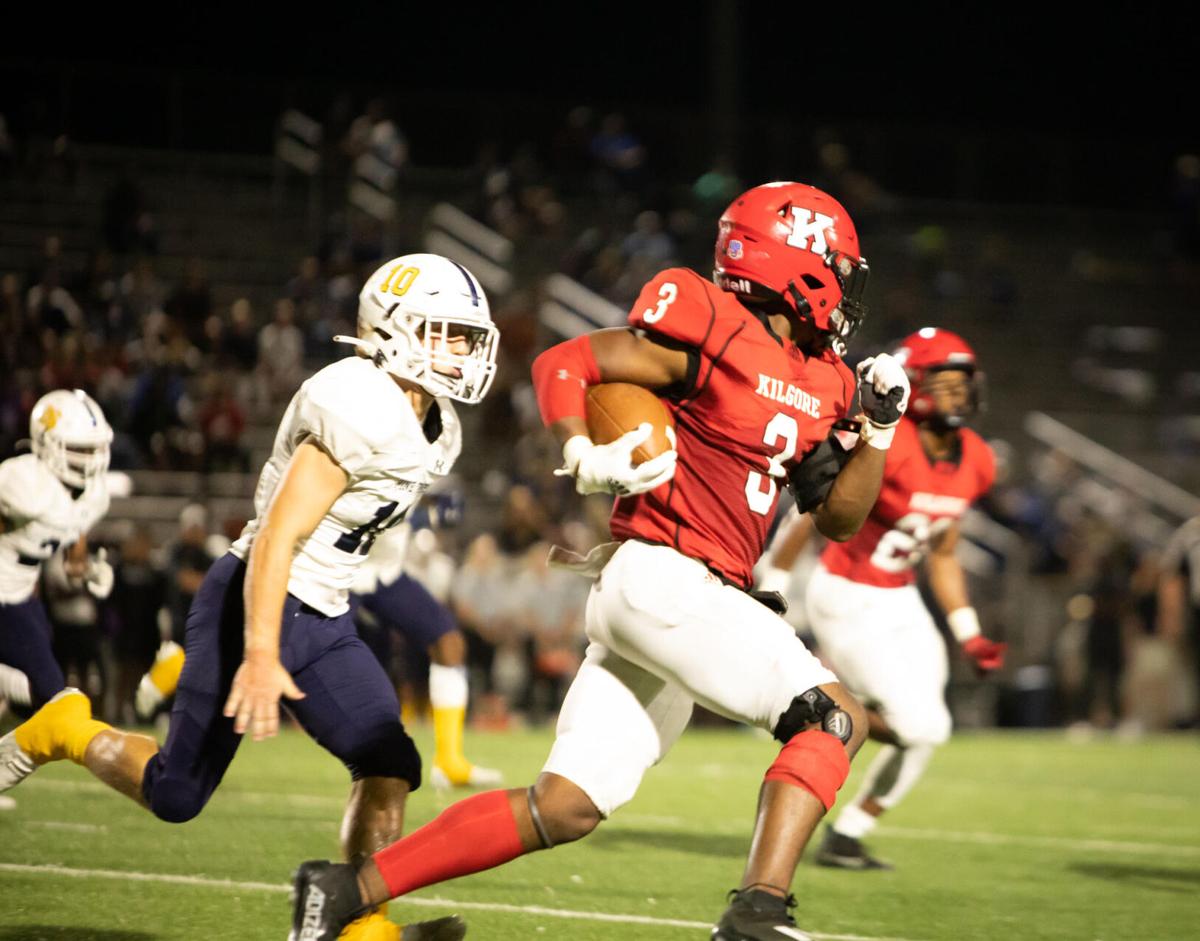 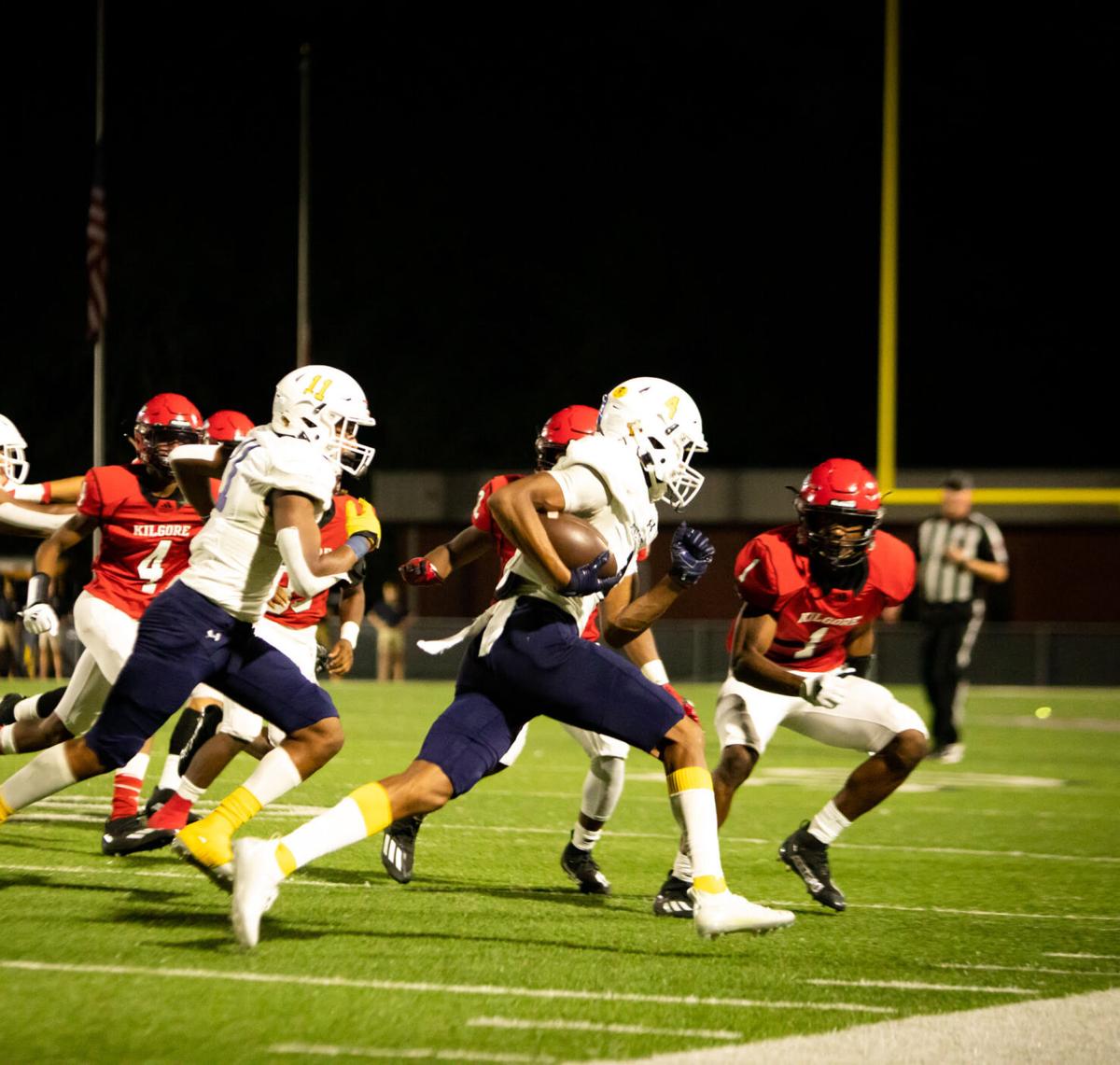 Jeremiah Blinks runs the ball for Pine Tree during Friday’s game against Kilgore. 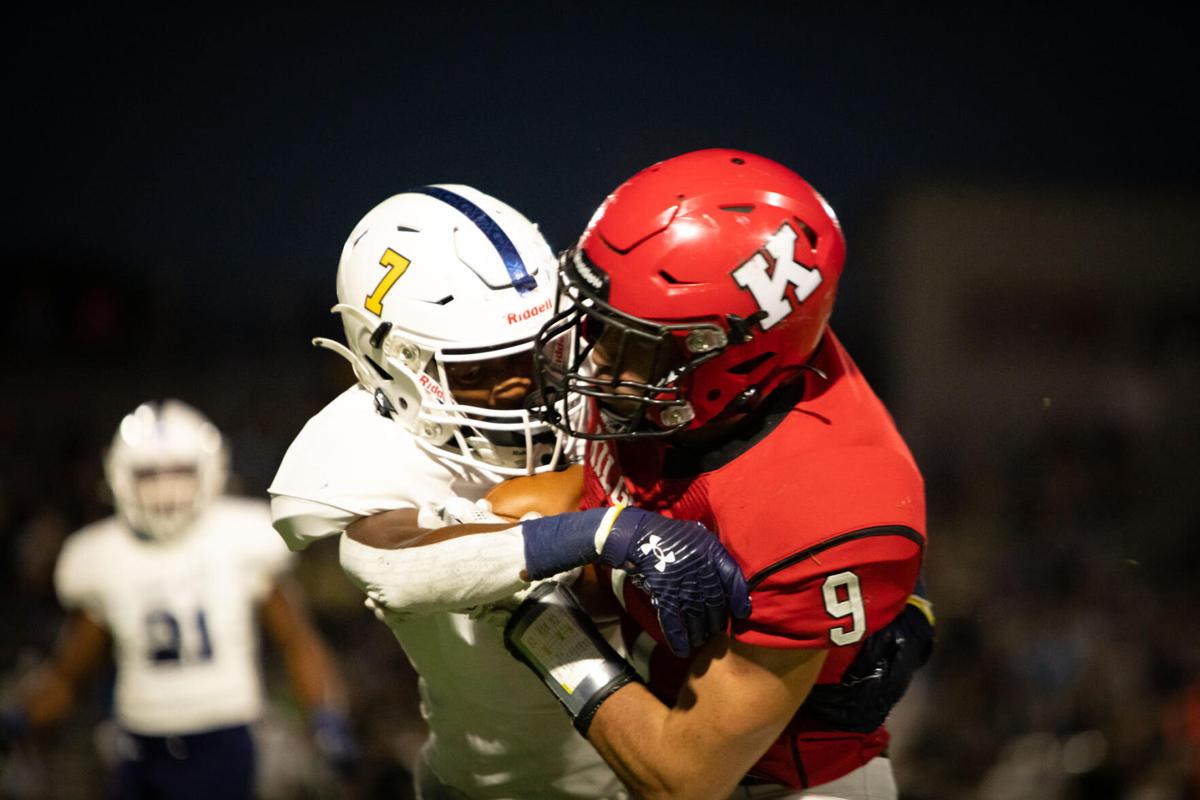 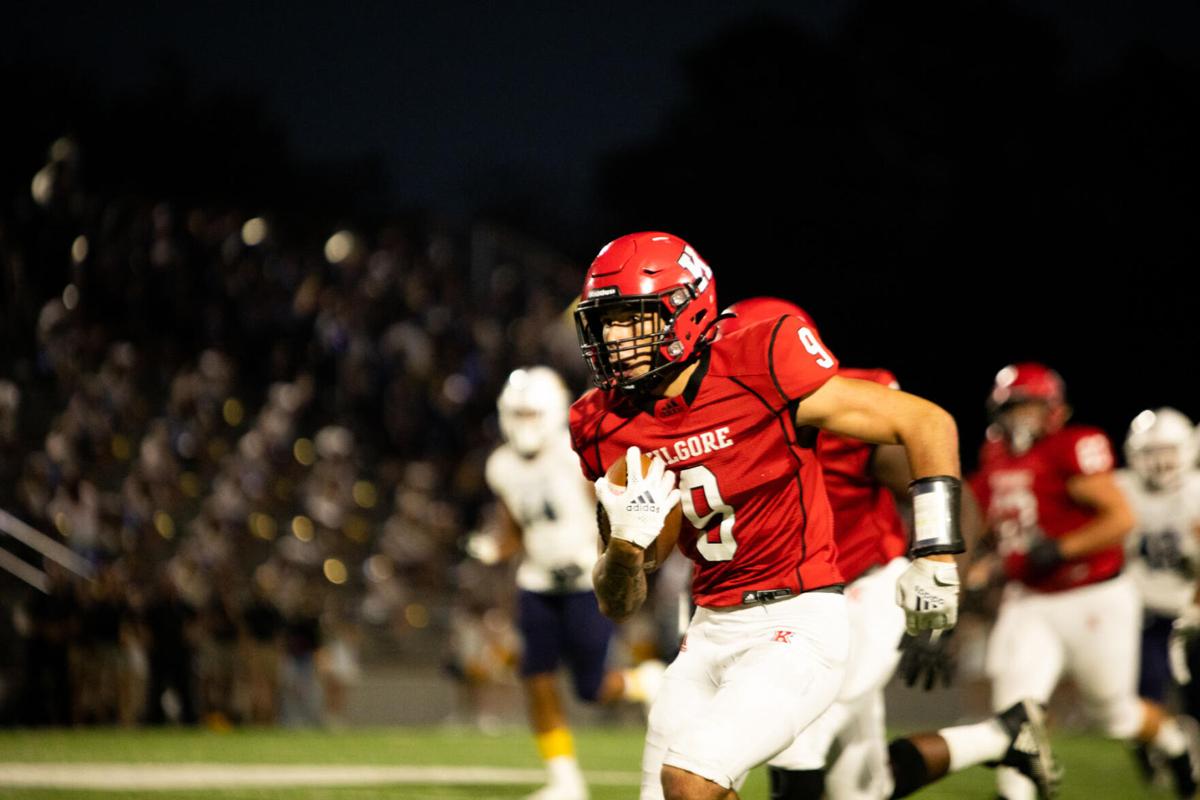 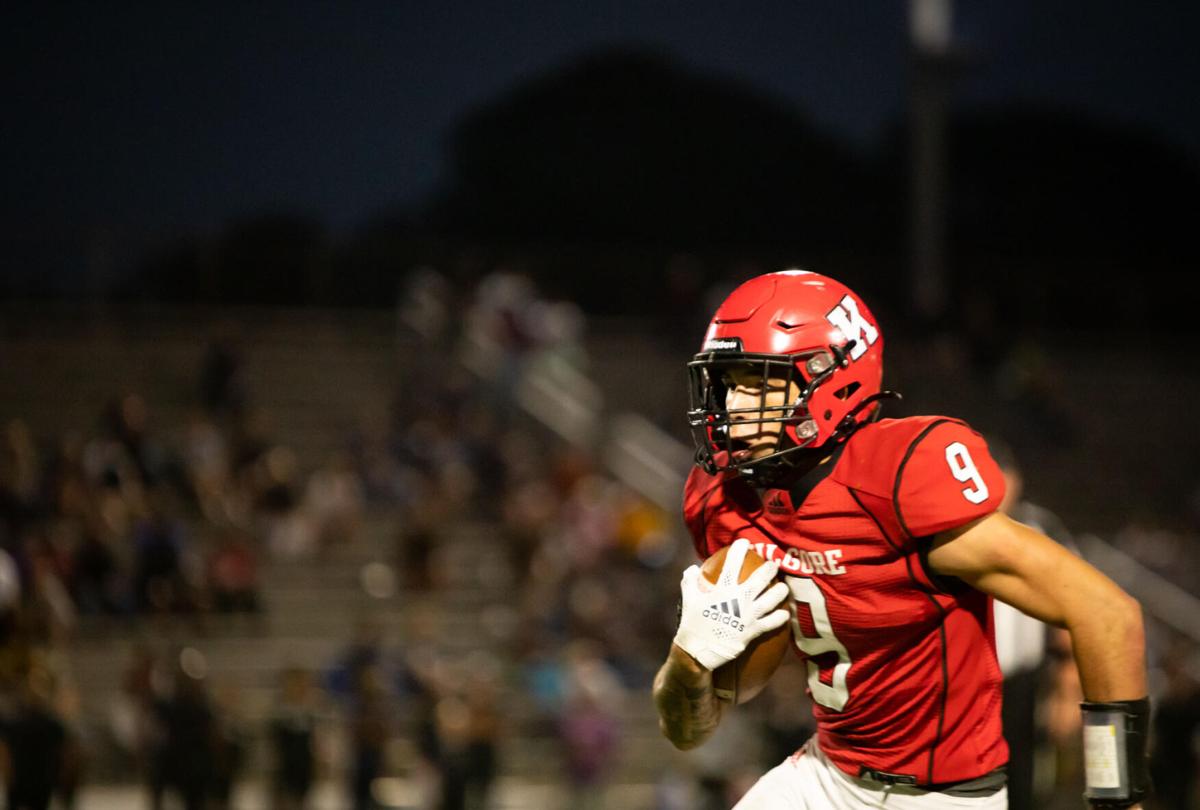 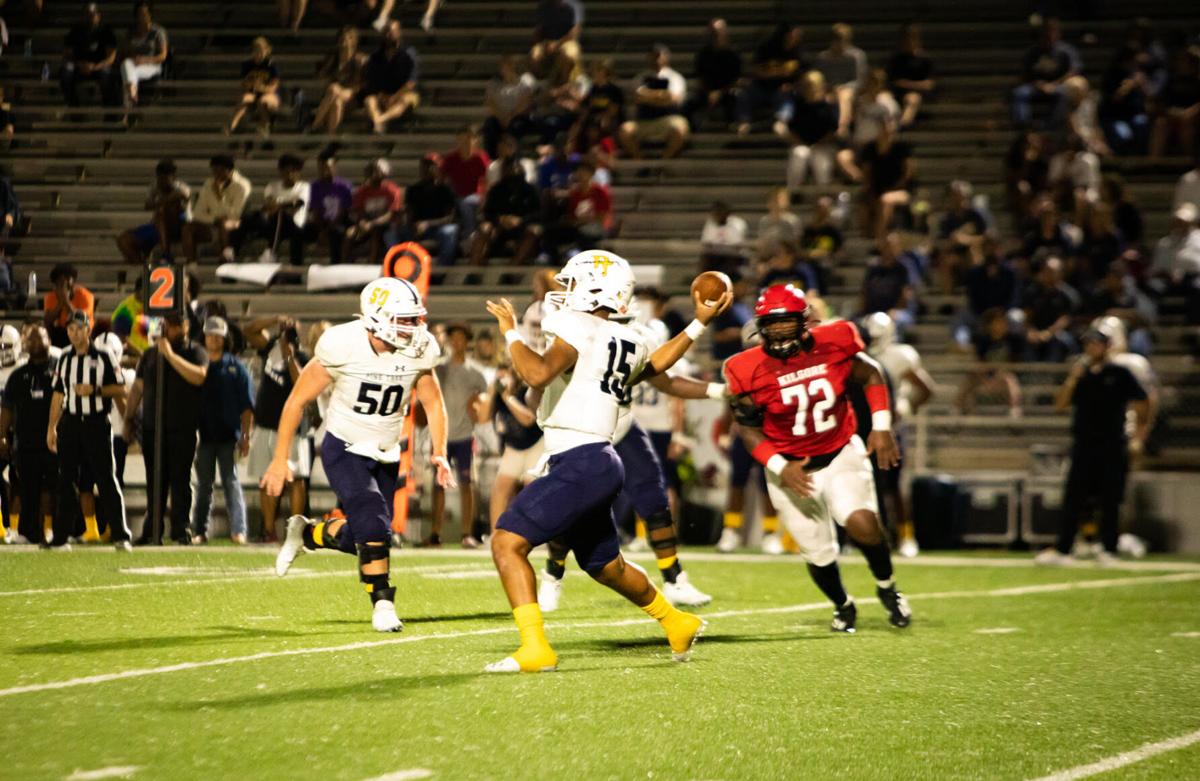 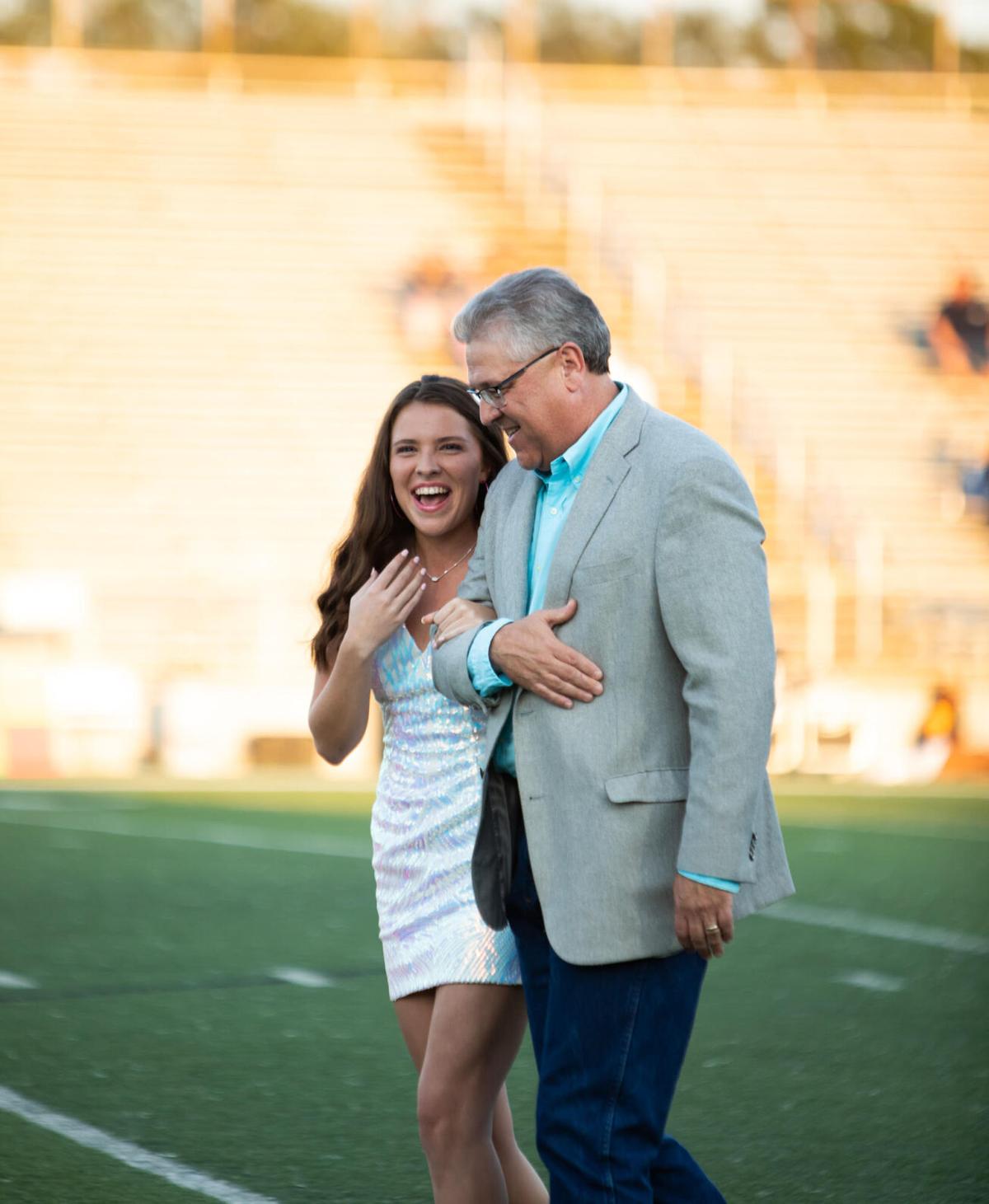 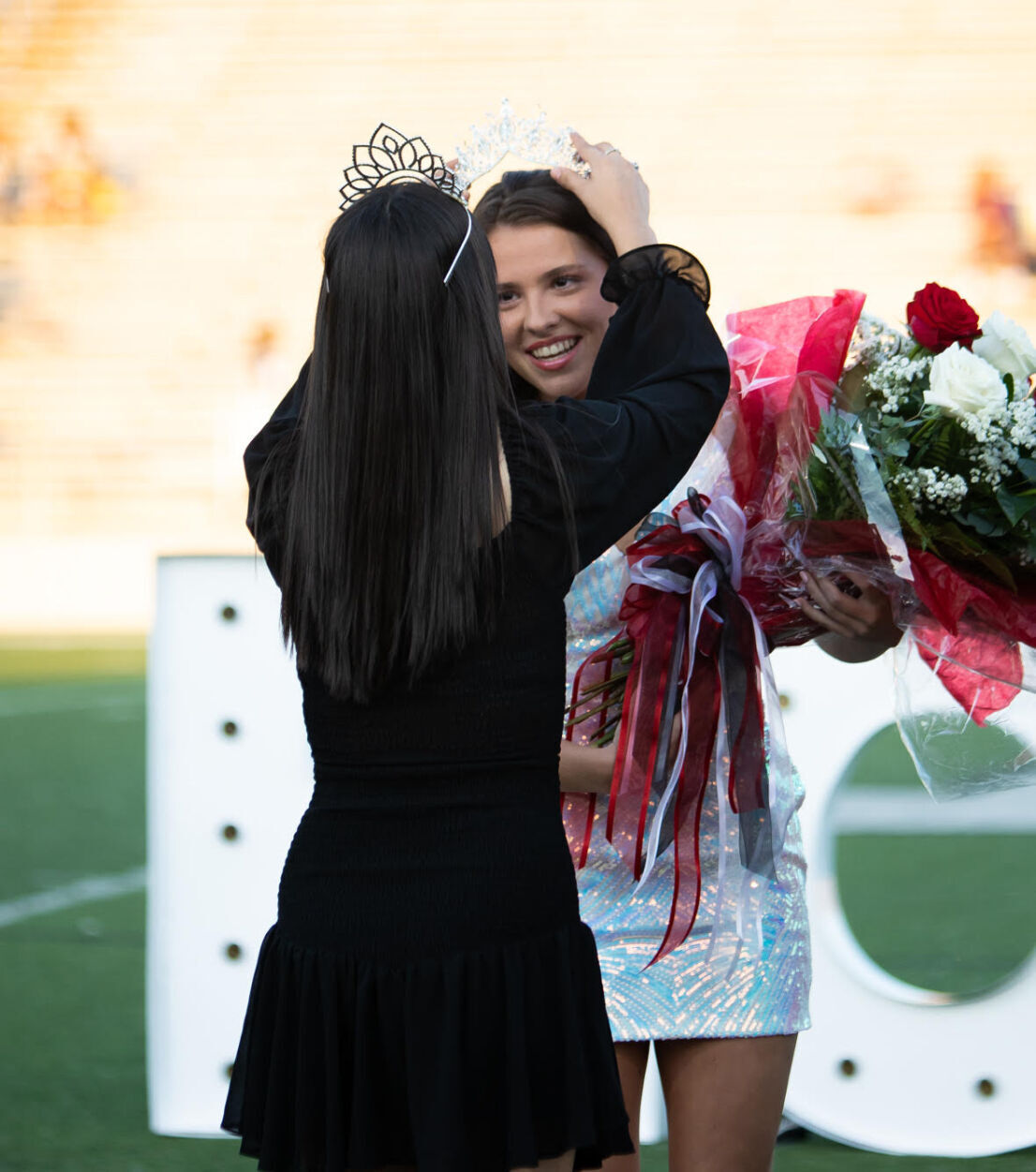 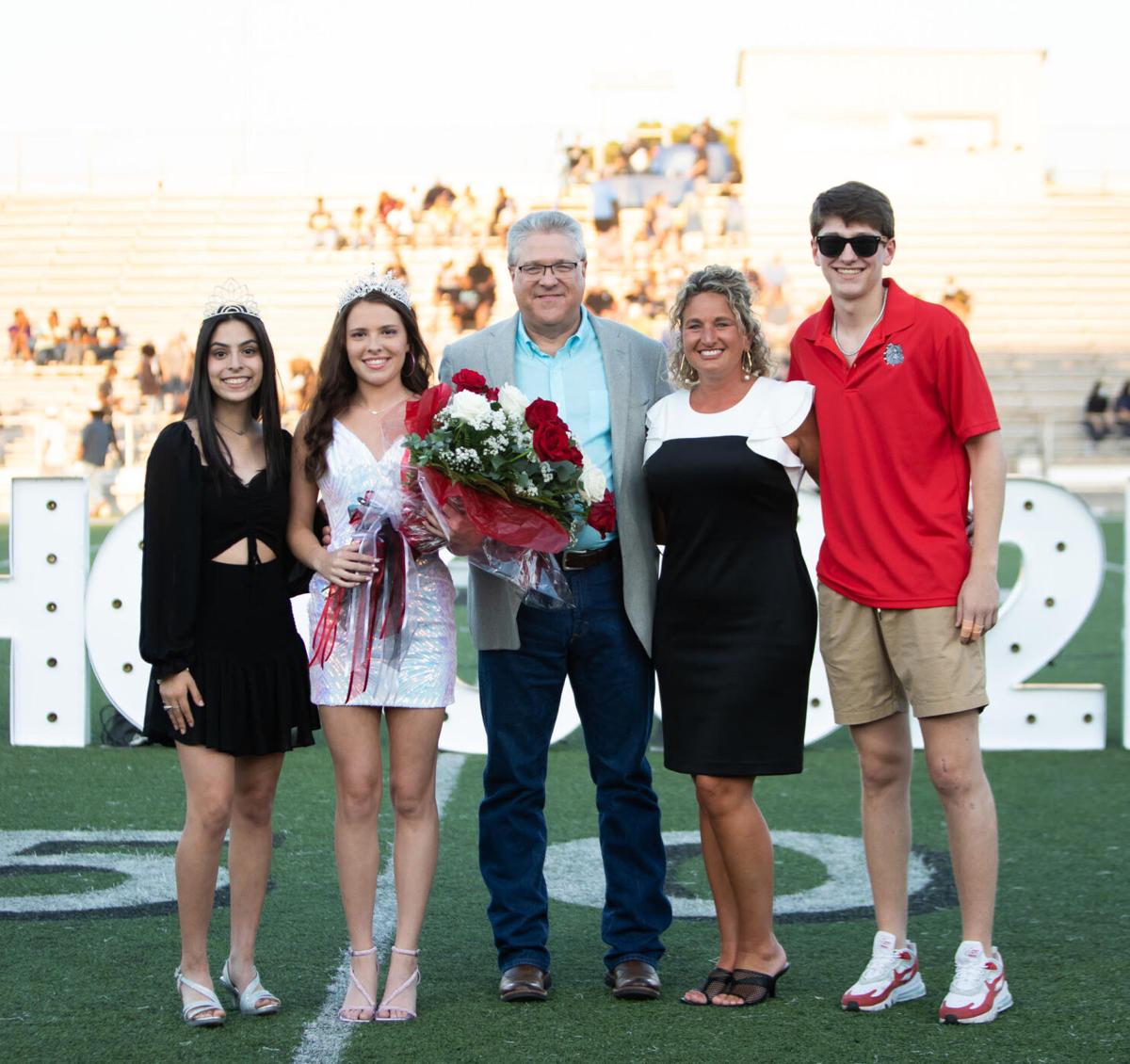 Jeremiah Blinks runs the ball for Pine Tree during Friday’s game against Kilgore.

The loss was the first of the Clint Fuller era at Kilgore High, dropping the ‘Dogs to 2-1.

Pine Tree, which rebounded from a last-second lass a week ago against Lindale, moves to 2-1 on the year.

The Pirates scored early and led the entire game.

Kilgore closed to within two, 21-19 following a Da’Marion Van Zandt 33-yard scoring strike to Jermaine Roney with 5:51 remaining in the third quarter.

Pine Tree mixed its offense, passing and running, with Ethan Morgan doing most of the rushing damage, gaining 169 yards on 22 carries. The senior scored on runs of five and eight yards.

Johnson was 9-of-14 passing for 165 yards. Fuller finished the evening with five catches for 97 yards to lead the Pine Tree receiving corps.

Kilgore quarterback Da’Marion Van Zandt completed 14-of-26 passes for 198 yards and two touchdowns of 33- and 24-yards to Jermaine Roney.

The Pirates outgained the ‘Dogs in total yardage 366 to 259.

Kilgore won the coin toss and deferred, kicking off to the visiting Pirates. Pine Tree didn’t waste time, scoring on its fourth play, a 48-yard completion from Johnson to Fuller to cap a 71-yard march. Edgar Bocanegra added the extra point, giving the Pirates a 7-0 lead. It was his first of six extra points.

Kilgore answered with a 41-yard Baldazo field goal after a 28-yard drive stalled at the Pirates’ 24-yard line.

Pine Tree took the ensuing kickoff and navigated 70 yards in just three plays with Johnson hooking up with Fuller twice for completions of 10 and 30 yards, around a 30-yard run by Morgan. Fuller’s second score of the evening and Bocanegra’s second extra point gave the Bucs a 14-3 lead.

The Ragin’ Red put together a nine-play, 67-yard scoring march with Van Zandt sneaking the final yard for the touchdown with less than a minute remaining in the first quarter.

Pine Tree extended its advantage to 11 with its third touchdown, coming on a five-yard Morgan run with 6:45 left in the second period.

Morgan finished the half with 87 yards on 13 carries. Johnson was 5 of 7 for 106 yards and two touchdowns. Fuller had four receptions for 92 yards and two scores.

Pine Tree is idle next week, while Kilgore visits Gladewater.