You are the owner of this article.
Edit Article Add New Article
You have permission to edit this article.
Edit
Welcome, Guest
Home
Sports
Schools
Stats
The Zone
Columns
Photo Galleries
Pro
Player of the Week
1 of 6 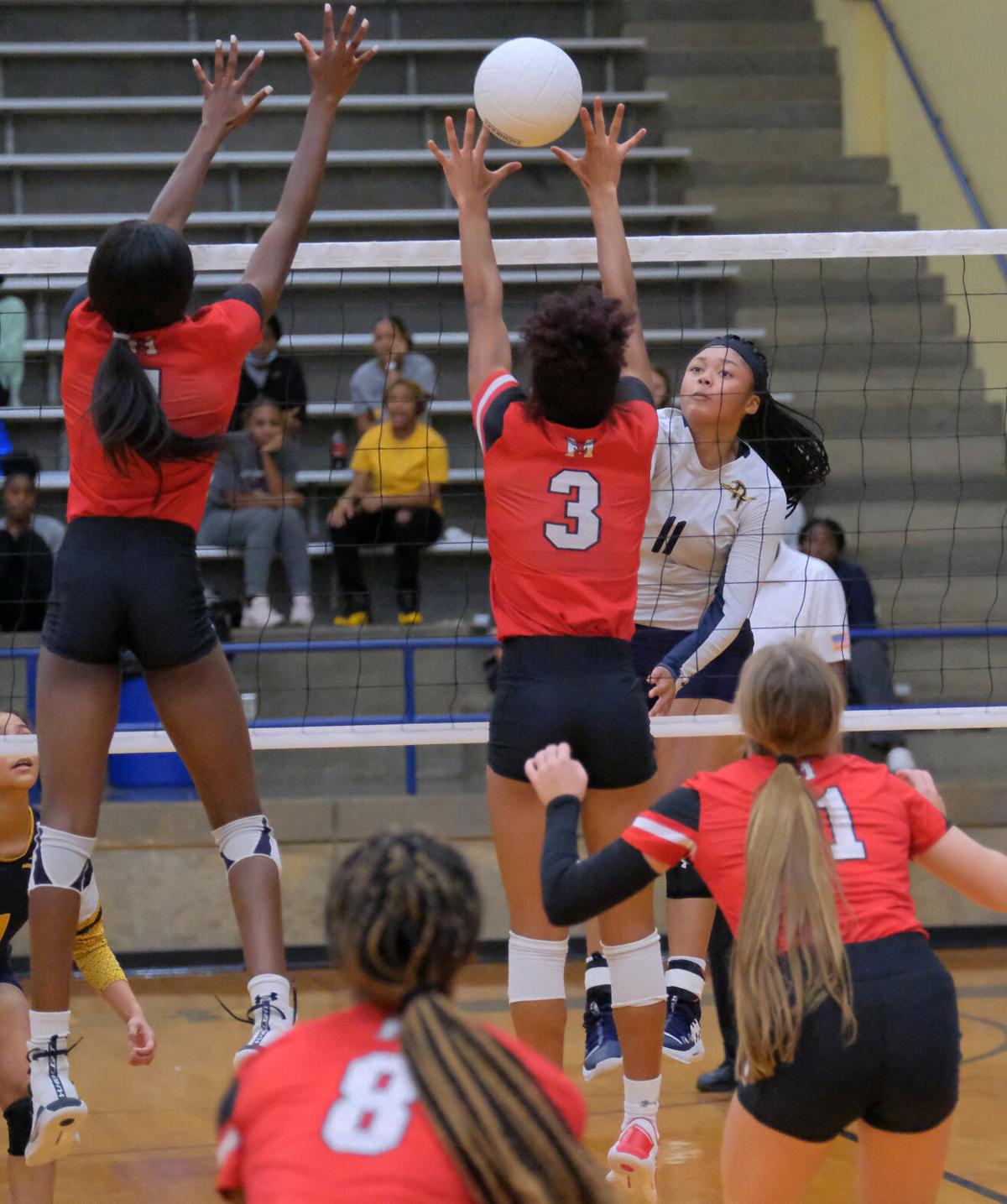 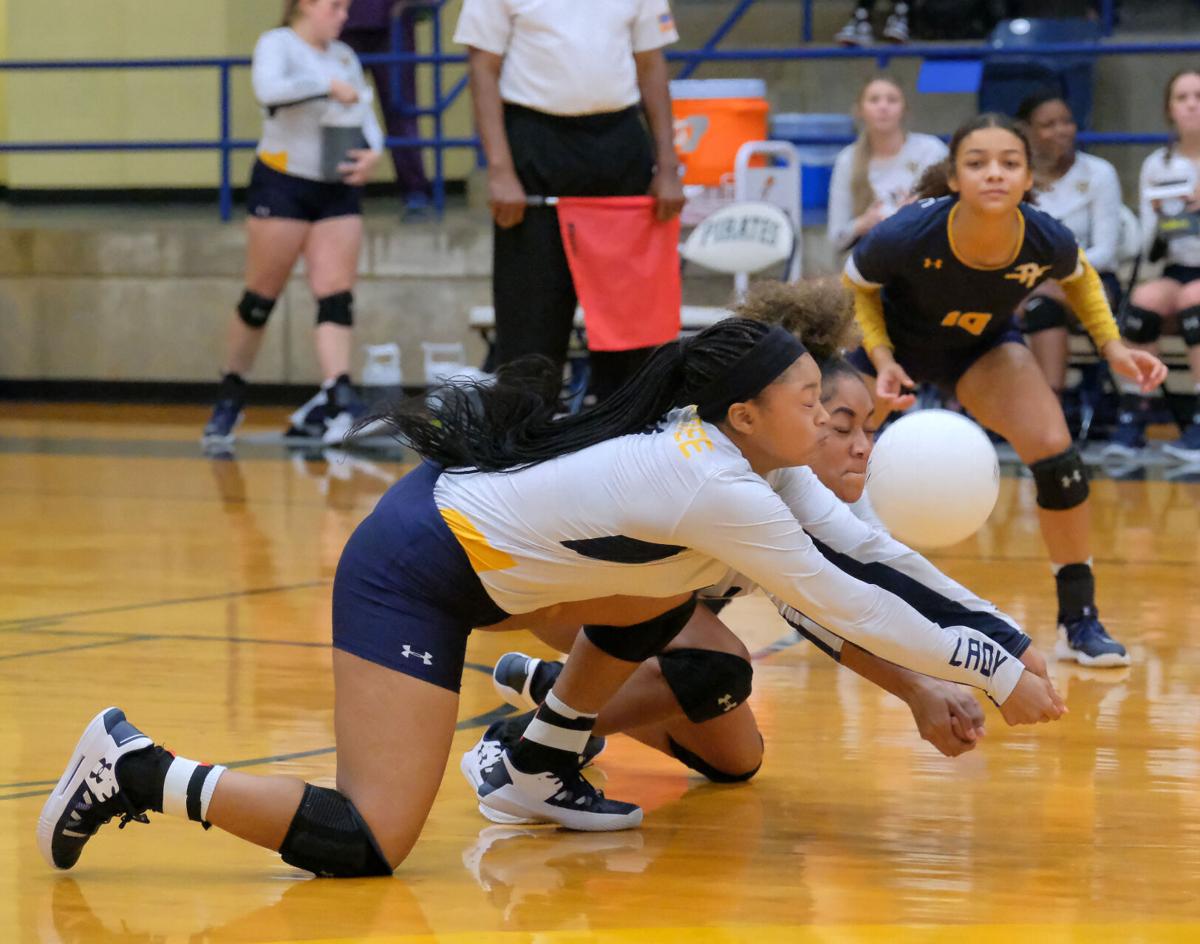 Pine Tree’s Carmen Chatman and Jalen Scroggins dive for the ball during Tuesday’s match against Marshall. 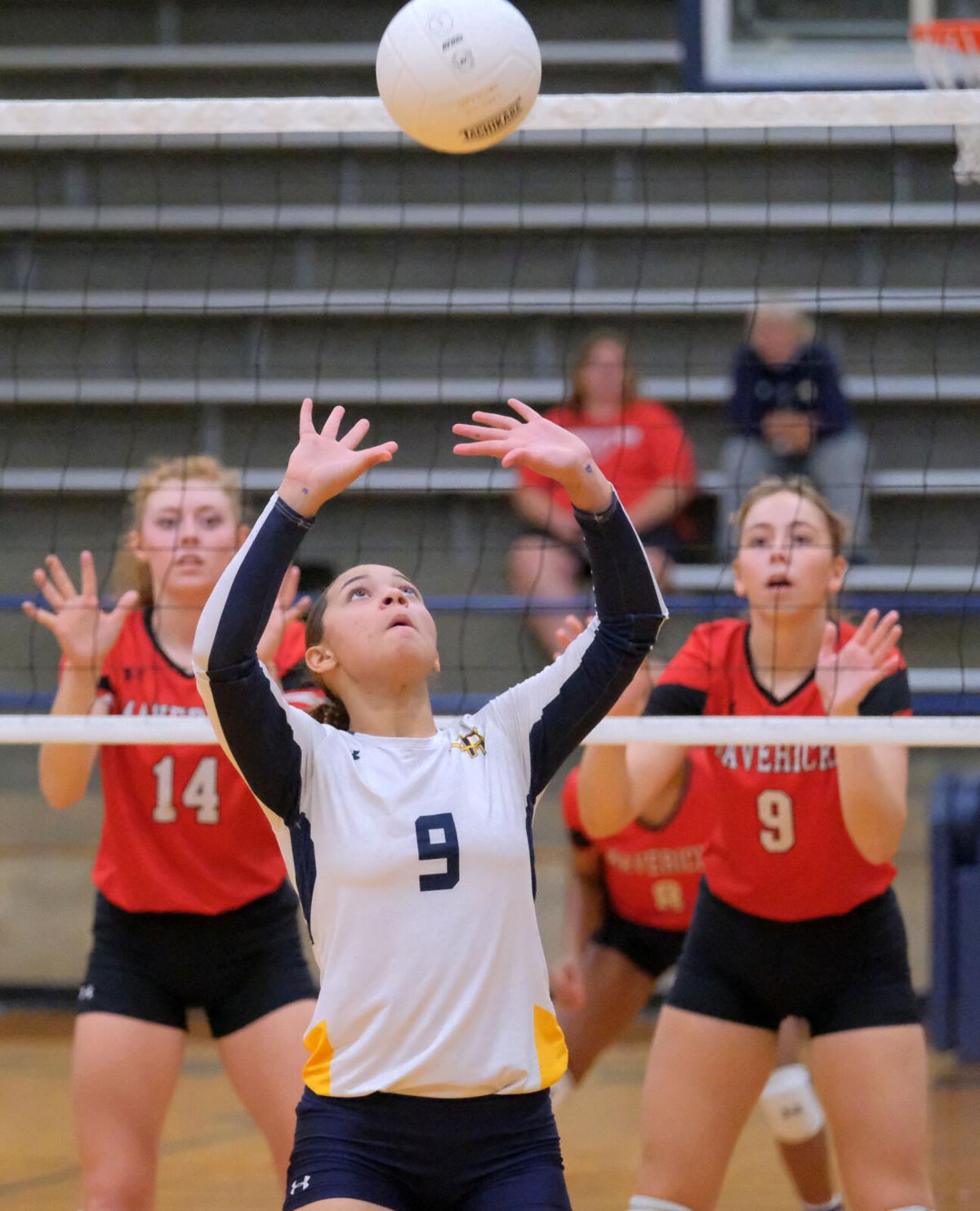 Pine Tree’s Aderria Williams sets the ball for a teammate during Tuesday’s match against Marshall. 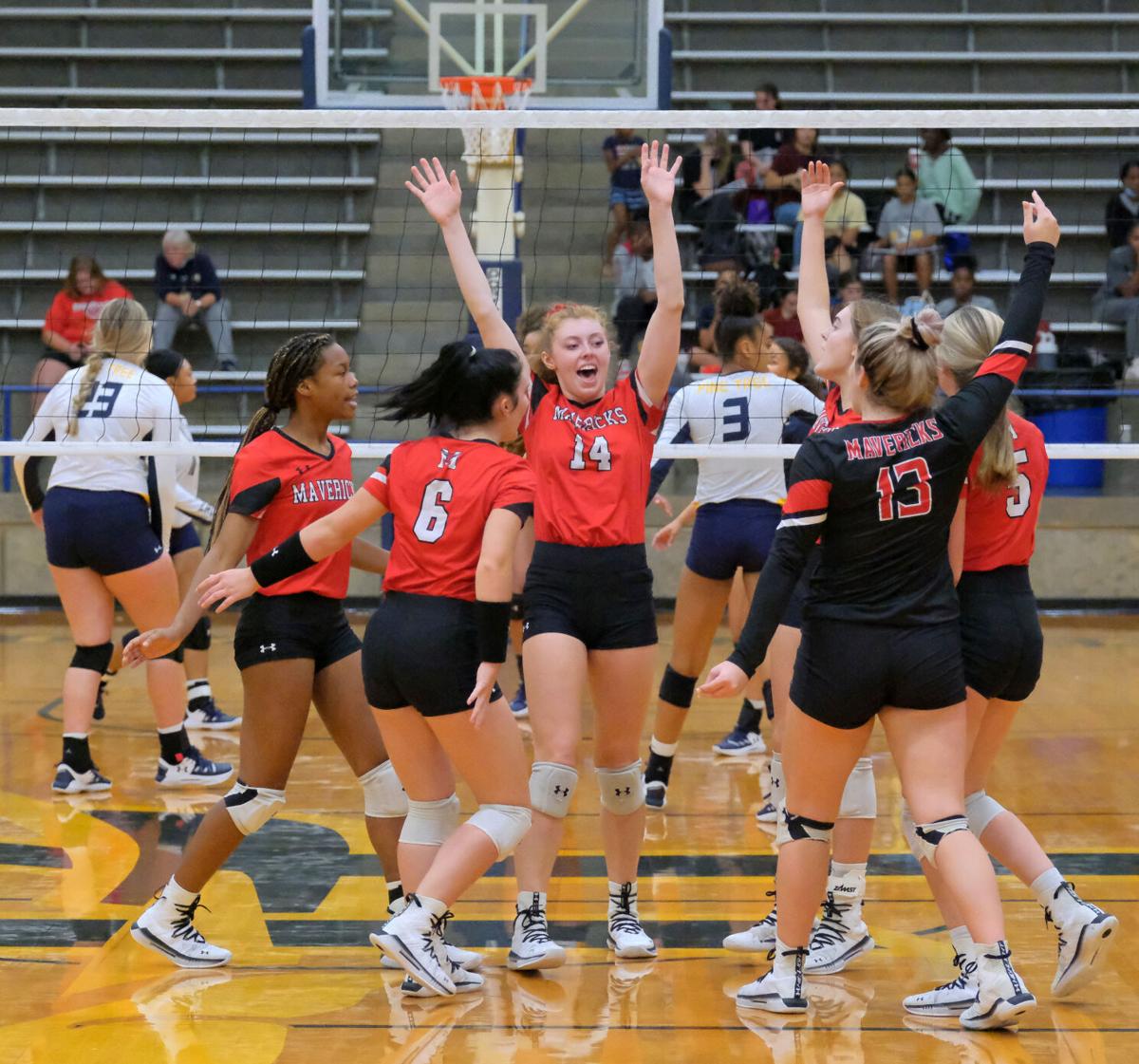 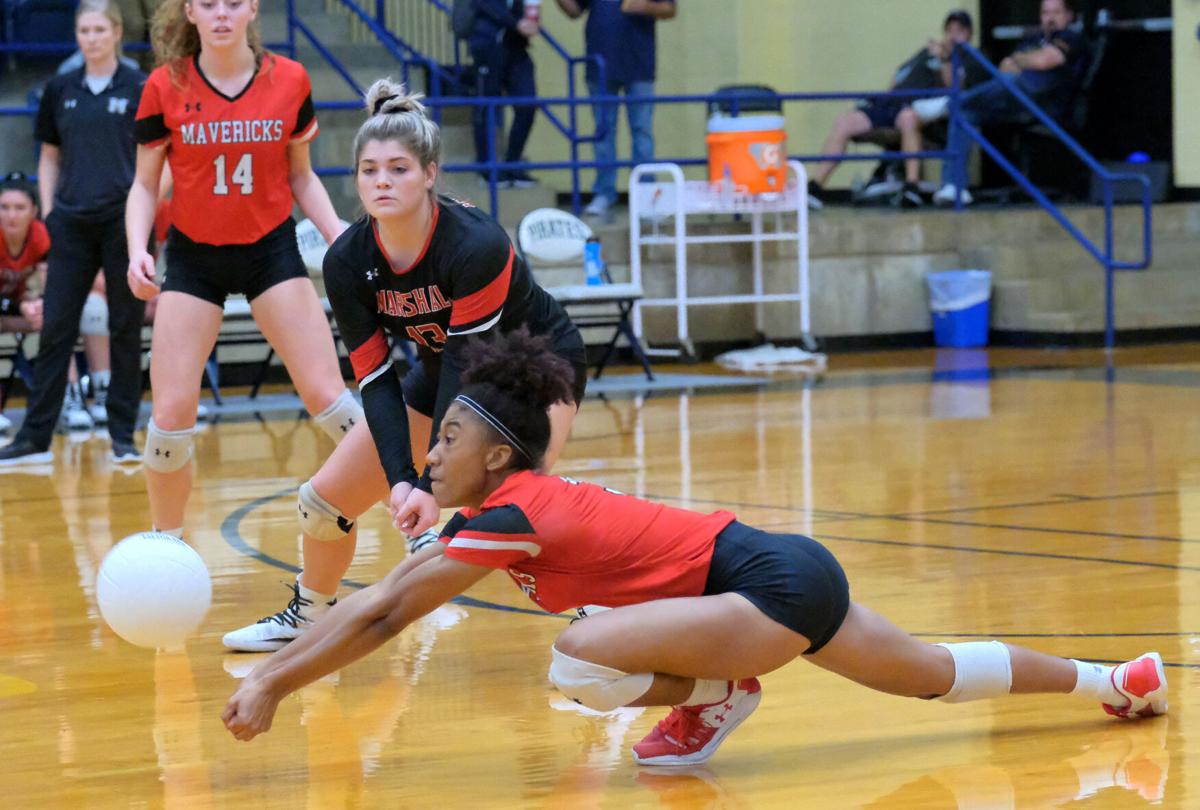 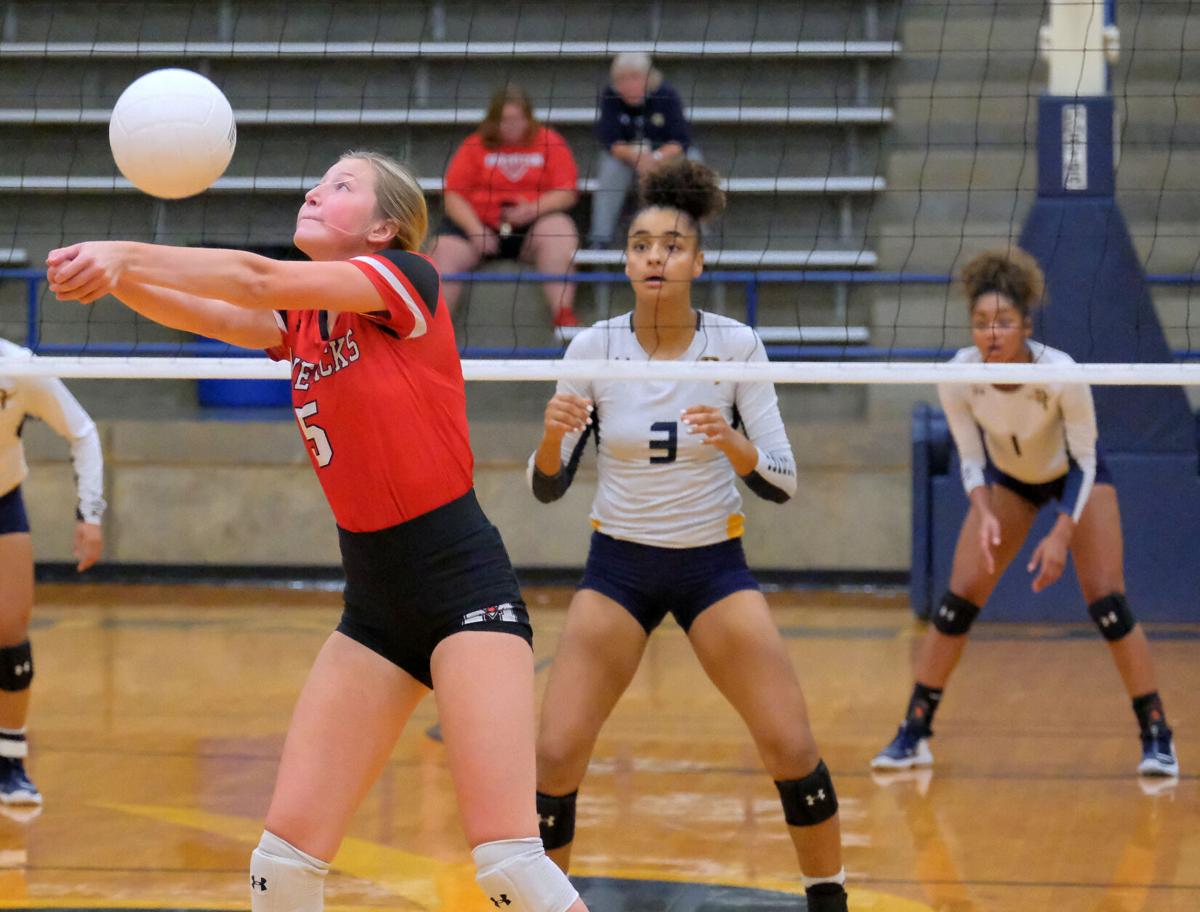 Pine Tree’s Carmen Chatman and Jalen Scroggins dive for the ball during Tuesday’s match against Marshall.

Pine Tree’s Aderria Williams sets the ball for a teammate during Tuesday’s match against Marshall.

Marshall was 0-17 against Pine Tree in high school varsity volleyball matches between 2009 and 2018, but the Mavericks started to turn the tide back in their favor during the 2019 season.

The Mavs continued that trend with Tuesday’s come-from-behind five-set win at Pine Tree. They have now won three of the last six volleyball meetings with the Pirates, and start their 2021 UIL 15-5A district slate with a 1-0 record. The Pirates, who were swept by Texas High in three sets on Friday, are now 0-2 in this year’s district race.

“First district game, I felt like we started a little nervous,” said Marshall head volleyball coach Kayla Allen. “We had to settle in a little bit. Once we came together and played as a team, we got more comfortable. We were able to play our game. Ultimately, that’s what showed in the end.”

Pine Tree opened the first set with four straight points, but Marshall had some early answers. The Mavericks scored the next three to make it a 4-3 game and split the next two points to still trail by one at 5-4. The Pirates started pulling away with a 17-8 run to make it 22-12 advantage, but the Mavericks showed more life. The Mavs followed with a 5-2 run to cut their deficit to seven, but Pine Tree closed out a 25-17 win on the following play.

Marshall had enough up its sleeves to bounce back in the match. It started with a comeback in the second set. The Mavericks fell behind 2-0, but earned its first tie of the match with the next two points. Pine Tree retook the lead with Jalen Scroggins’ kill and produced a quick 4-1 spurt, but Marshall stormed back with four straight points to earn its first advantage at 7-6. Mia Dunaway’s tip over the net gave the Mavs a 10-8 advantage a few moments later and they held three late six-point advantages. The Pirates made some noise late and a co-block from Scroggins and Madelyne Barkley made it a 23-21 game.

But, Mahogani Wilson’s point wrapped up Marshall’s 25-21 set two win. The Mavericks then led for the majority of the third set, and Dunaway’s kill wrapped up their 25-17 period win.

The fourth set featured 13 ties, so it was the night’s most competitive period. The 12-12 tie was forced by the first point of a 7-1 Marshall run that helped flip a Pine Tree 12-11 advantage to the Mavericks’ 18-13 lead. The final point of the surge was caused by Wilson’s kill.

The Pirates immediately answered with five consecutive points to tie the score at 18. The teams were later knotted up at 19, 20, 21, 22 and 23 before Pine Tree scored the final two points to force the fifth and final set.

“The more that we become comfortable with each other and games, we just play harder, play for each other, and give our effort,” Allen said of where her team can go from here.

“I’m extremely proud of them,” Pine Tree head volleyball coach Lacy Coldiron said of her team’s performance on Tuesday. “We’ve really talked about having a killer instinct, going in aggressively, taking your points, and they did that. They stepped up to the plate tonight.”