You have permission to edit this article.
Edit
Welcome, Guest
Home
Sports
Schools
Stats
The Zone
Columns
Photo Galleries
Pro
Player of the Week
1 of 4 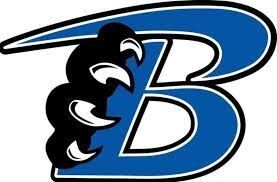 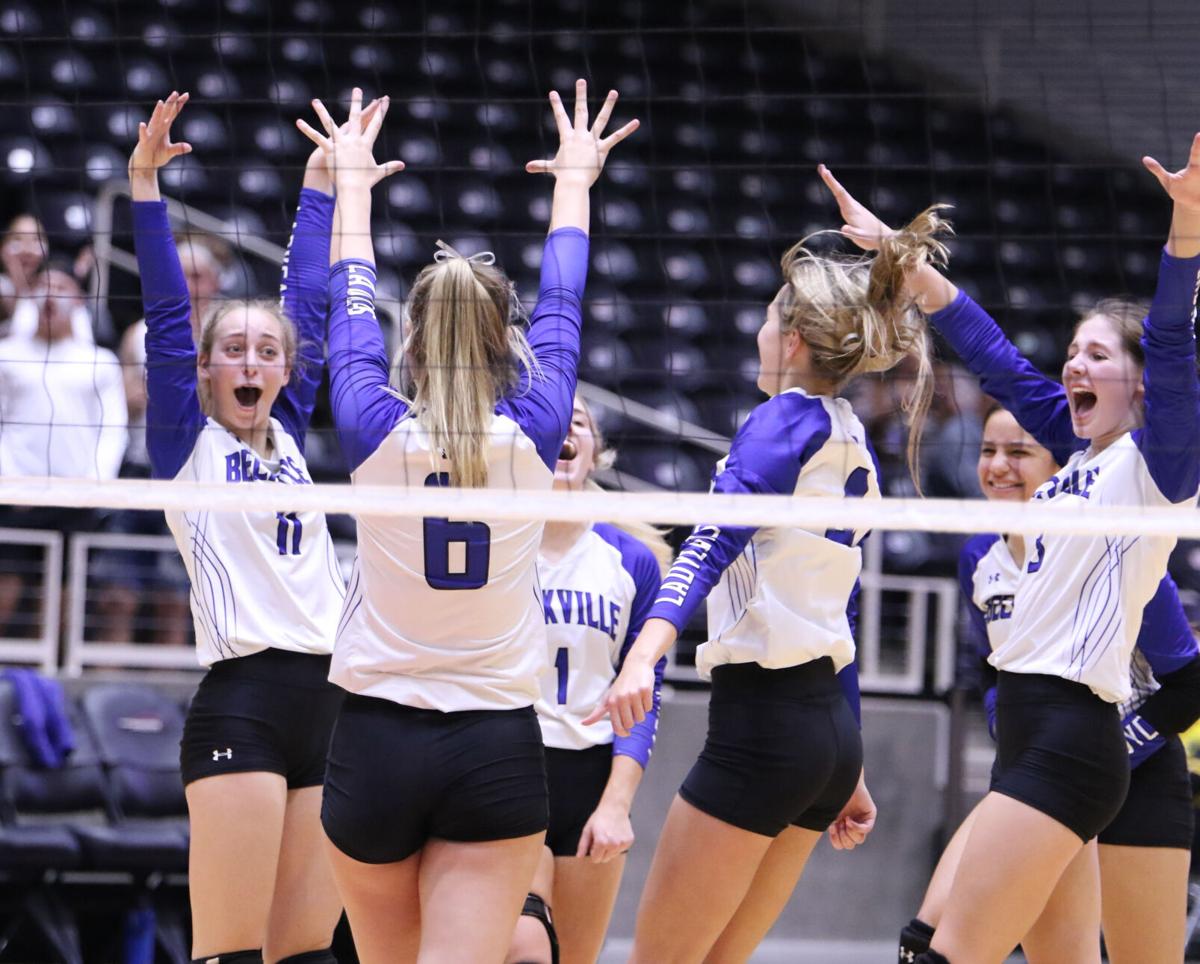 The Beckville Ladycats volleyball team celebrates winning a point in a Class 2A State semifinal matchup against Crawford on Wednesday at the Curtis Culwell Center. 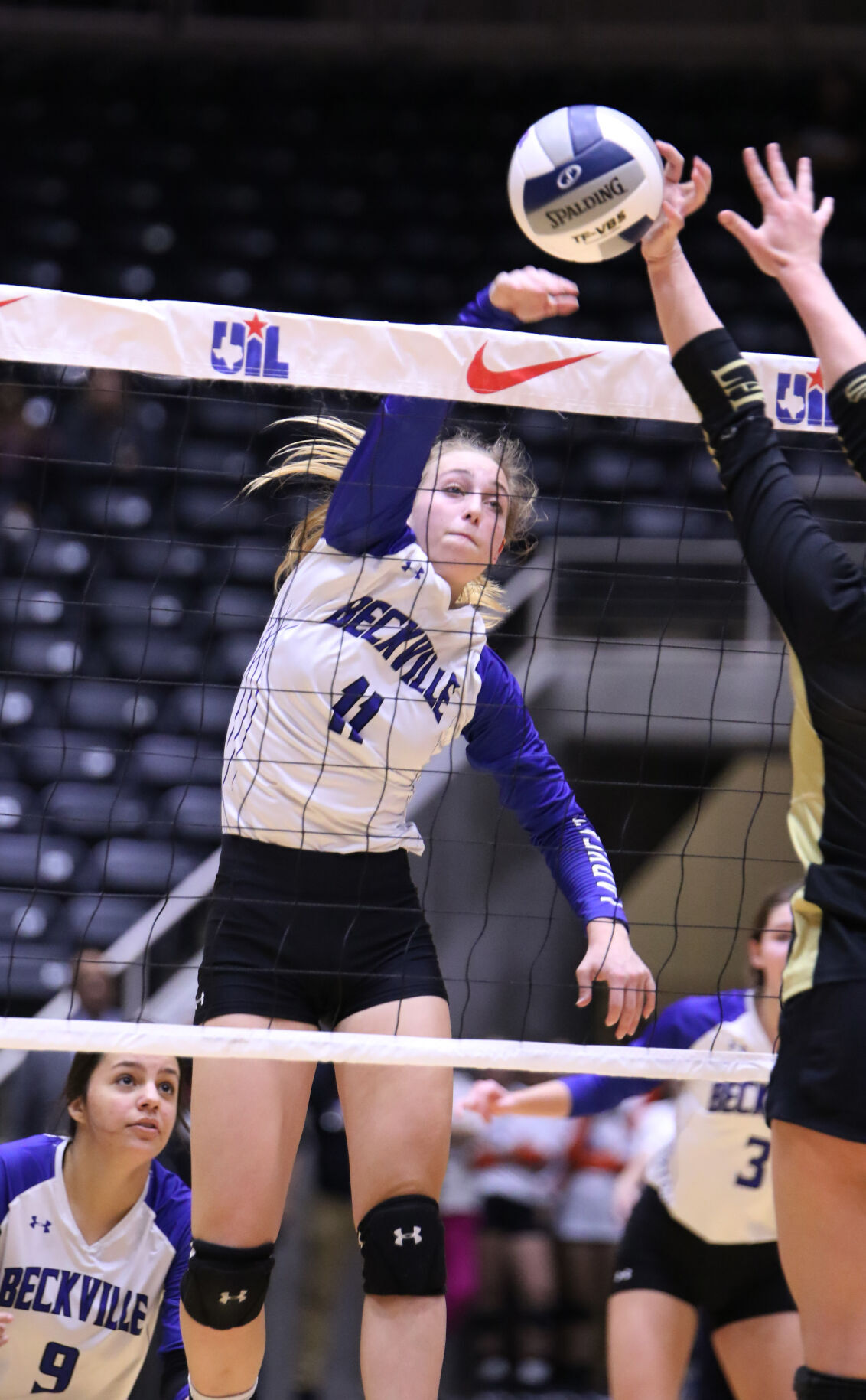 Beckville's Amber Harris slams one home during a Class 2A State semifinal matchup against Crawford on Wednesday at the Curtis Culwell Center. (Grant Worley/Panola Watchman) 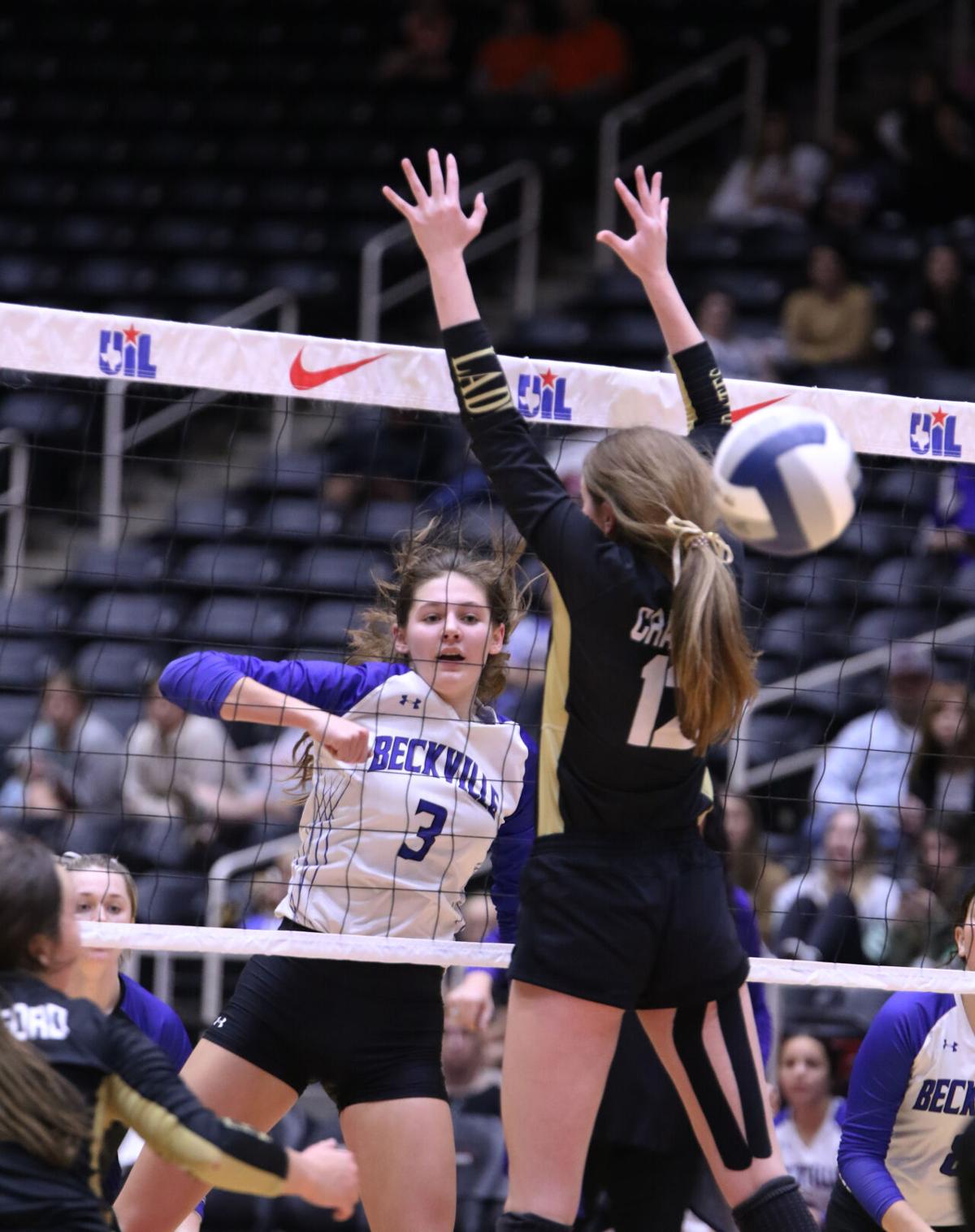 Beckville’s Kinsley Rivers finishes off a point in a Class 2A State semifinal matchup against Crawford on Wednesday at the Curtis Culwell Center.

The Beckville Ladycats volleyball team celebrates winning a point in a Class 2A State semifinal matchup against Crawford on Wednesday at the Curtis Culwell Center.

Beckville's Amber Harris slams one home during a Class 2A State semifinal matchup against Crawford on Wednesday at the Curtis Culwell Center. (Grant Worley/Panola Watchman)

Beckville’s Kinsley Rivers finishes off a point in a Class 2A State semifinal matchup against Crawford on Wednesday at the Curtis Culwell Center.

Beckville — which was playing in their first state tournament since winning the Class 2A state title in 2018 — did it once again Wednesday.

The Ladycats not only punched their ticket to the 2A state title game but did so in a sweep as Beckville defeated Crawford 25-20, 25-12, 26-24 in a semifinal game Wednesday afternoon at the Curtis Culwell Center in Garland.

“I’m amazed, they impressed me,” Downs said. “These girls just came out and shined. They are just fun to watch — relentless pursuit of a ball, they communicate well, play well and shined.

“I told them after the game I said y’all won in three, I was expecting y’all to win but I didn’t expect y’all to in three, so I’m proud of them.”

Avery Morris and Sophie Elliott both had double doubles, with Morris having 19 kills and 23 digs and Elliott 36 assists and 14 digs. Amber Harris had nine kills, 21 digs along with three aces and Kinsley Rivers also had nine kills with 12 digs for Beckville.

MJ Lilles had six kills and four blocks, Karissa McDowell had eight digs and Aubrey Klingler had three digs and a pair of kills.

“We go in knowing our strengths and obviously Avery was working tonight,” Elliott said. “Their block was weaker on her side and she was just on tonight.”

Beckville (46-3) went punch for punch with Crawford in the first set that featured as many as seven ties.

Crawford (43-8) kept the Ladycats in check early, not allowing Beckville to take more than a three-point lead until Beckville won four out of five to take a 13-10 lead where Crawford Coach Jeff Coker called for a timeout.

The Lady Eagles were able to cut Beckville’s lead down to 16-15, but Beckville never allowed another tie the rest of the set and kept adding slowly to their lead before winning the first set.

Crawford cut Beckville’s lead from 21-16 to 21-19, but the Ladycats settled in and won four of the next five to win the set.

“Beckville played really, really well,” Coker said. “We didn’t play our best and I think that had a lot to do with it. They are very good and are deserving of the win.”

The second set was where things got challenging for Beckville.

The Ladycats quickly dug themselves into a 6-1 deficit where Downs called for time. The Ladycats chipped away and were still trailing 8-4, but that’s when Harris took serve.

Harris rattled off 15-straight service points and turned a four-point deficit into a 19-9 lead before losing serve.

Harris, who struggled with her serve against Iola, came through most when her team needed her.

“These girls like a challenge,” Downs said. “They like to set themselves up for a challenging situation and work their way out of it. We talk about first to five and control the tempo of the game, but they don’t falter under pressure and it shows.”

Coker used both of his timeouts during Harris’ service run when Beckville took their first lead of the second at 9-9 and again at 12-8, but Harris kept firing in effective serves.

“I’m glad that she got it all in sync tonight,” Downs said of Harris. “She stepped up to the plate when we needed her to.”

Winning the second kind of took the wind out of Crawford’s sails it felt like, according to Rivers.

When it seemed Crawford had the momentum going their way, Beckville didn’t steal the set, they just took it.

“I think we caught them off guard a little in the second set,” Rivers said. “We knew that they weren’t going to die down on us, they were going to fight hard in the third set. But we did a good job of doing good things on our part and working on things we did in practice to be effective on our side. We did really good.”

The third set was extremely tight up until the midway point, where Crawford took a 17-13 lead, its biggest of the third.

Crawford kept Beckville at bay, even leading 21-17, but Laney Jones took over serve and won seven-straight service points where the Ladycats took a 24-21 lead.

The Lady Eagles, behind the stellar play of Katie Warren and McKenna Post, battled back and forced a 24-24 tie.

Beckville was able again to persevere and took the game’s final two points to win the third set and the match.

“We just kept our composure and you can tell that we wanted it,” Rivers said. “We fought and finished through. We wanted to sweep them and we got it done.”

Warden and Post both had double-doubles, with Warden having 13 kills and 19 digs along with four assists and Post having 10 kills and 12 digs.

Lexi Moody had seven kills, 11 digs and 23 assists, and defensive specialist Addison Goldenberg had 21 digs for the Lady Eagles.

For Rivers, she will have the opportunity to be the first student athlete in Beckville history to be a part of two state championship teams.

“I’m really excited, but I couldn’t do it without my teammates,” Rivers said. “I’m hoping they can get a ring too because we are all in this together, it’s exciting.”

Downs, who led the Ladycats to their first state crown in 2018, recalls her group of seven juniors being in attendance when they won it all.

Fast forward three years and here they are together looking to make school history again.

“I remember this group of girls being in eighth grade and they sat in the little section cheering them on,” Downs said of her seven juniors who witnessed Beckville win state in 2018. “It’s still the same group and they’ve come in and gelled with Kinsley and are ready to make it happen.”

For a team that’s so tight-knit and even plays club ball together when not in-season, Beckville feels them playing for a state title isn’t any accident.

They feel they deserve to be here.