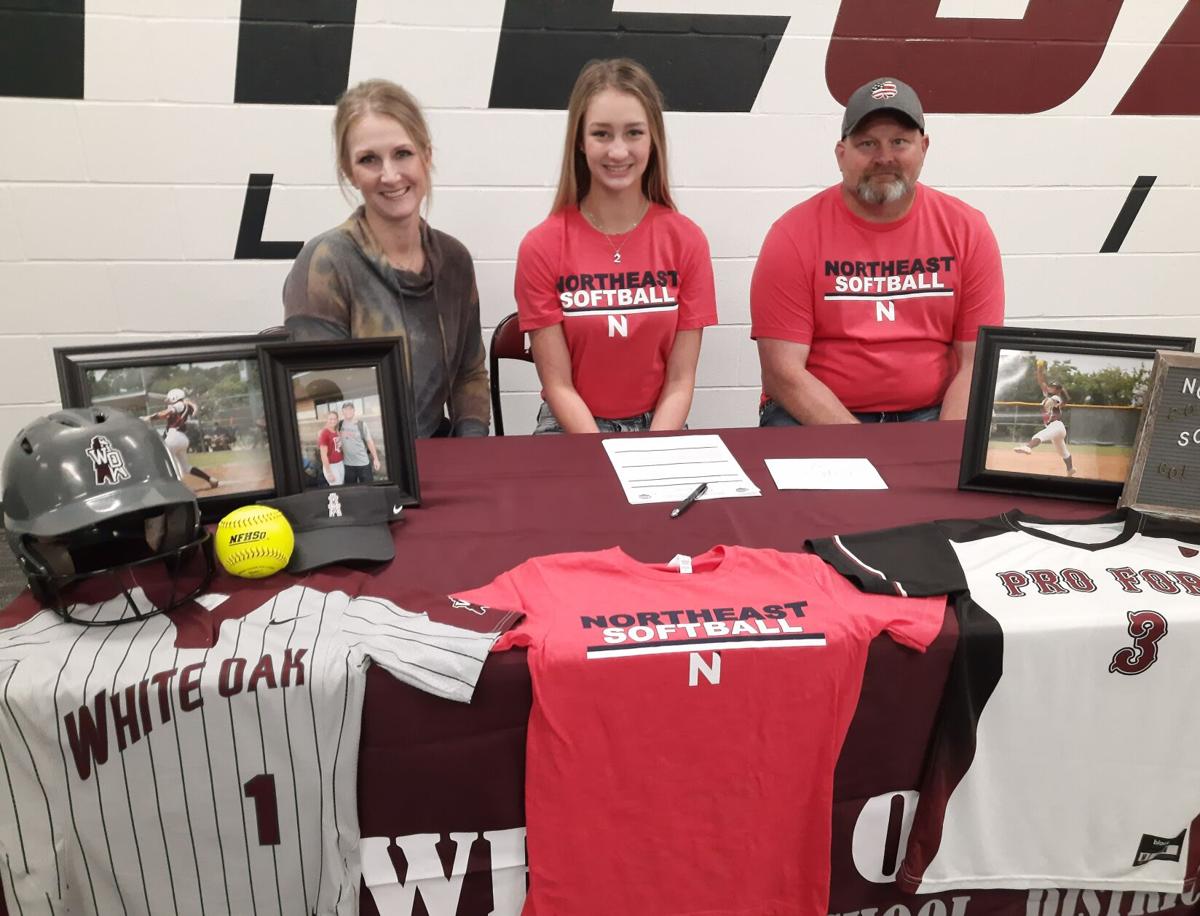 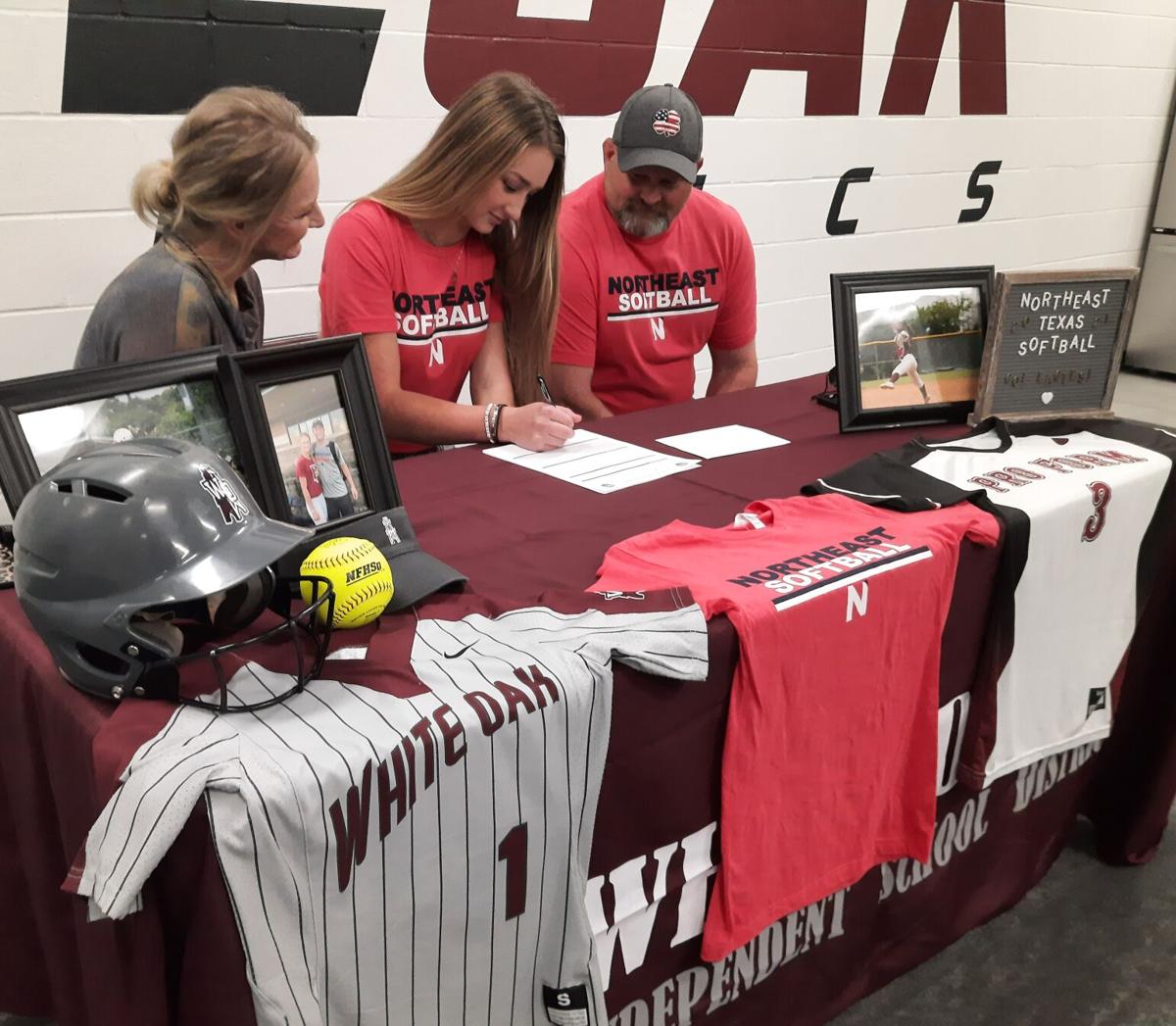 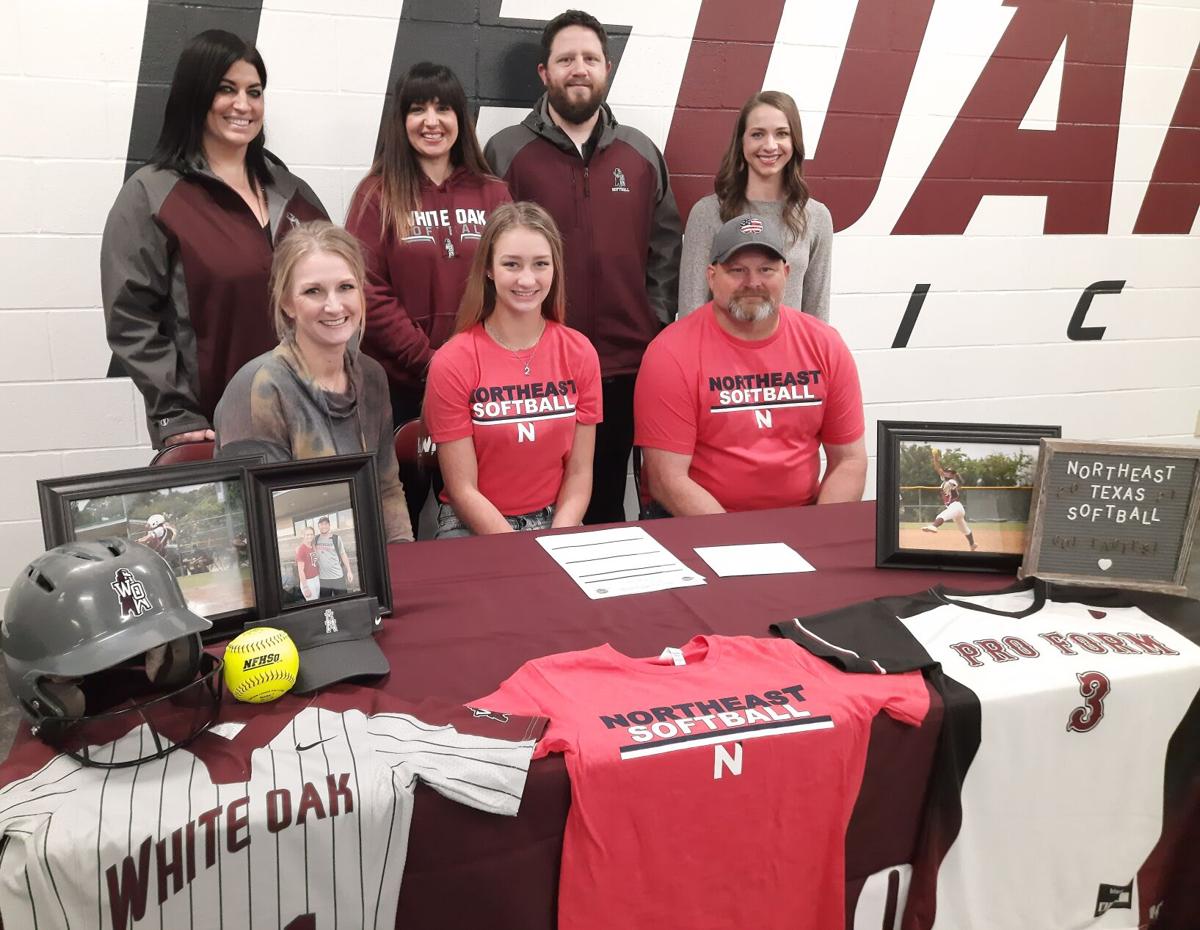 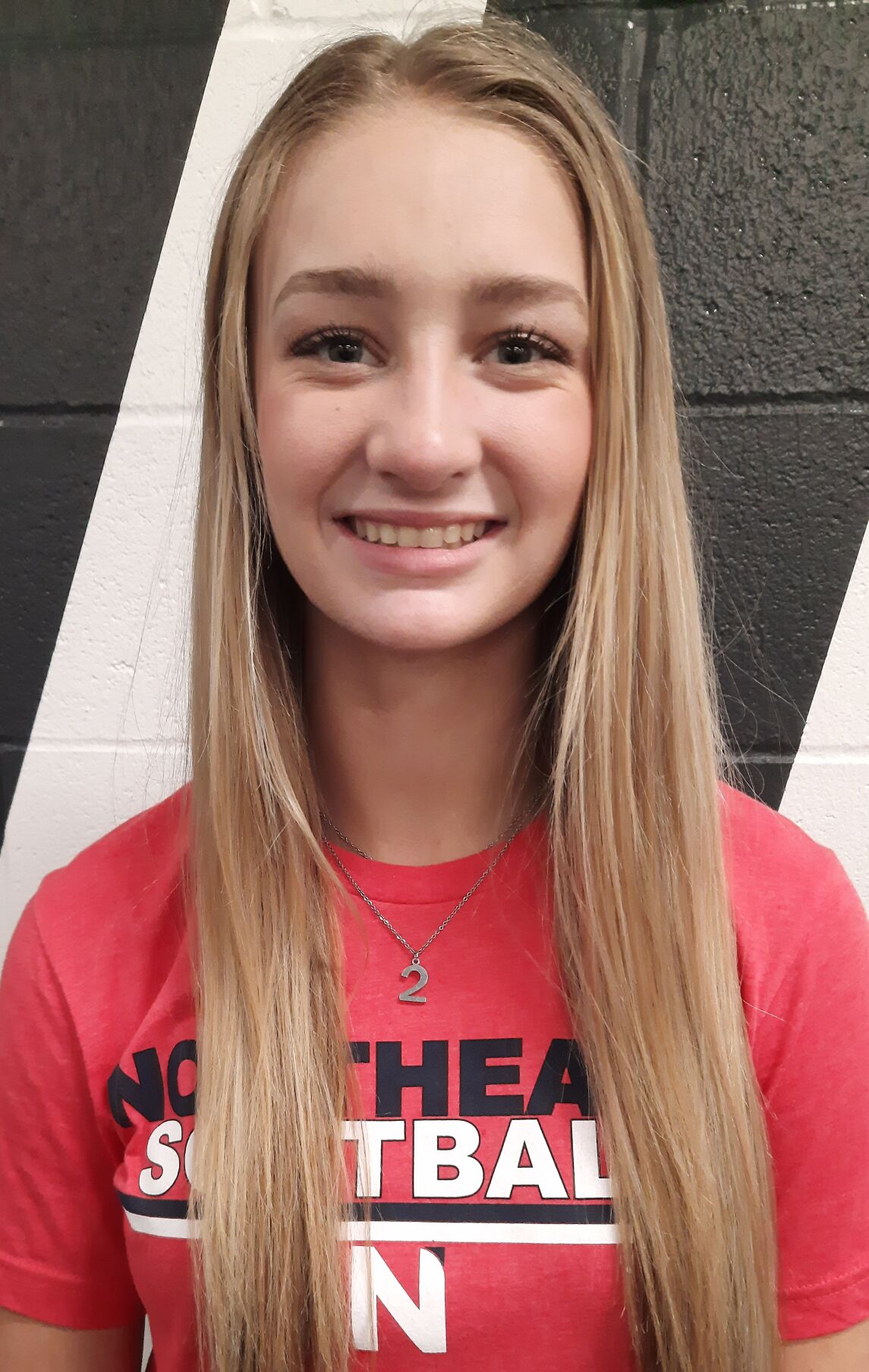 WHITE OAK — Just two days before beginning her senior season as a White Oak Ladyneck softball player, Daphne Bogenschutz locked up at least the first two years of her college future on Wednesday by signing a national letter-of-intent with Northeast Texas Community College.

Bogenschutz, who was hitting .268 with four doubles, a triple, six RBI and 14 runs scored when the 2020 season came to a grinding halt due to COVID-19 protocols last spring, signed during a ceremony at the Roughneck Fieldhouse.

Bogenschutz, who pitches and plays in the outfield, had drawn interest from Texas Woman’s University, Texas A&M-Commerce and Kilgore College, but said she felt an instant bond with new NTCC coach Joshua Freeman.

“He has a lot of energy,” said Bogenschutz. “He’s a combination of a bunch of the coaches I’ve had over the years, and I just think it’s a good fit for me.”

Bogenschutz hit .275 for White Oak as a freshman in 2018, adding two doubles, five RBI and four runs scored. Inside the circle, she struck out 96 and walked 24 in 139 innings pitched.

As a junior, she raked at a .437 clip with eight doubles, a triple, 22 RBI, 31 runs scored and four stolen bases. She was 2-0 as a pitcher with a 0.87 earned run average, six strikeouts and no walks in eight innings.

White Oak was 16-6 last season when the season was stopped.

The Lady Eagles were 5-13 overall and 1-1 in conference play when the 2020 spring season was halted.