You are the owner of this article.
Edit Article Add New Article
You have permission to edit this article.
Edit
Welcome, Guest
Home
Sports
Schools
Stats
The Zone
Columns
Photo Galleries
Pro
Player of the Week
1 of 8 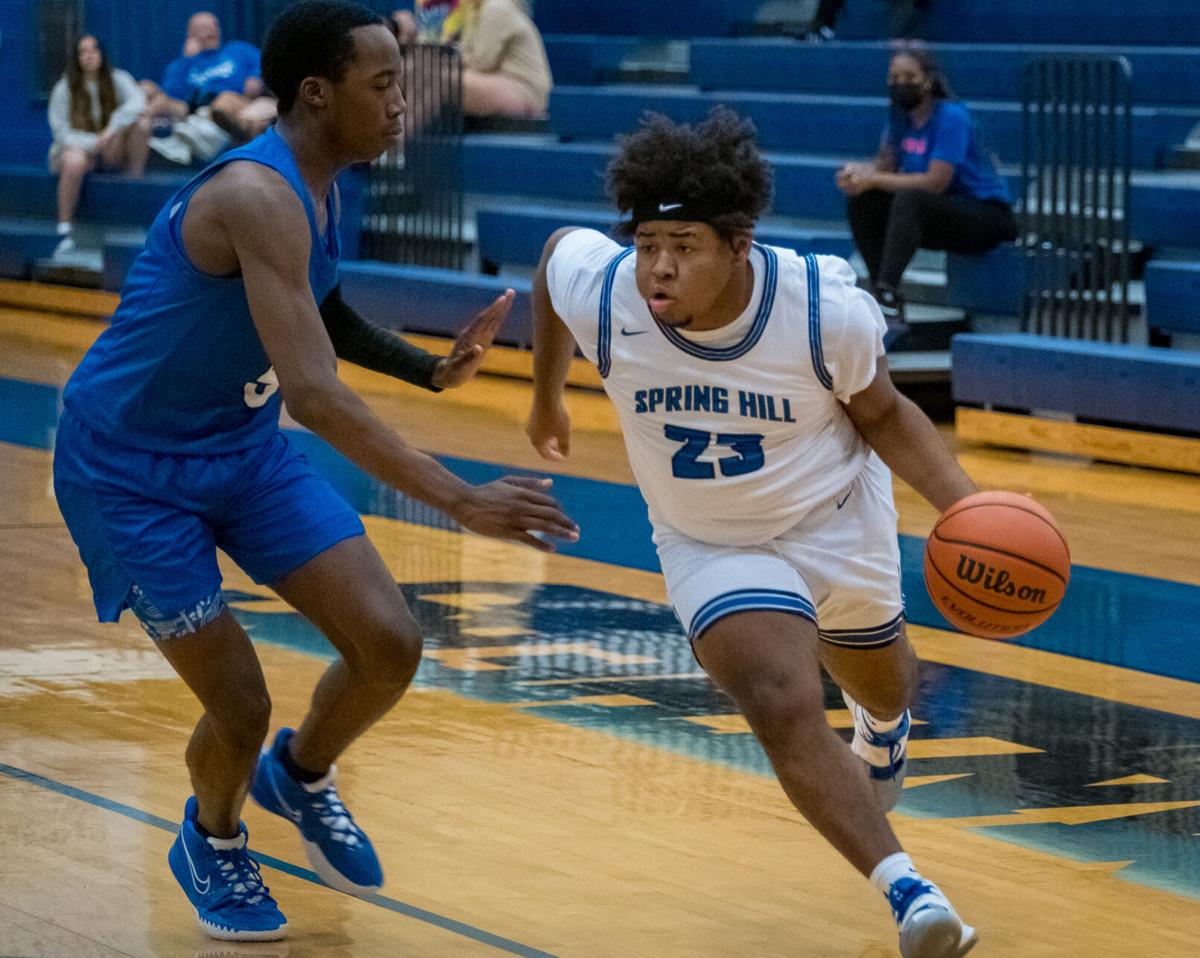 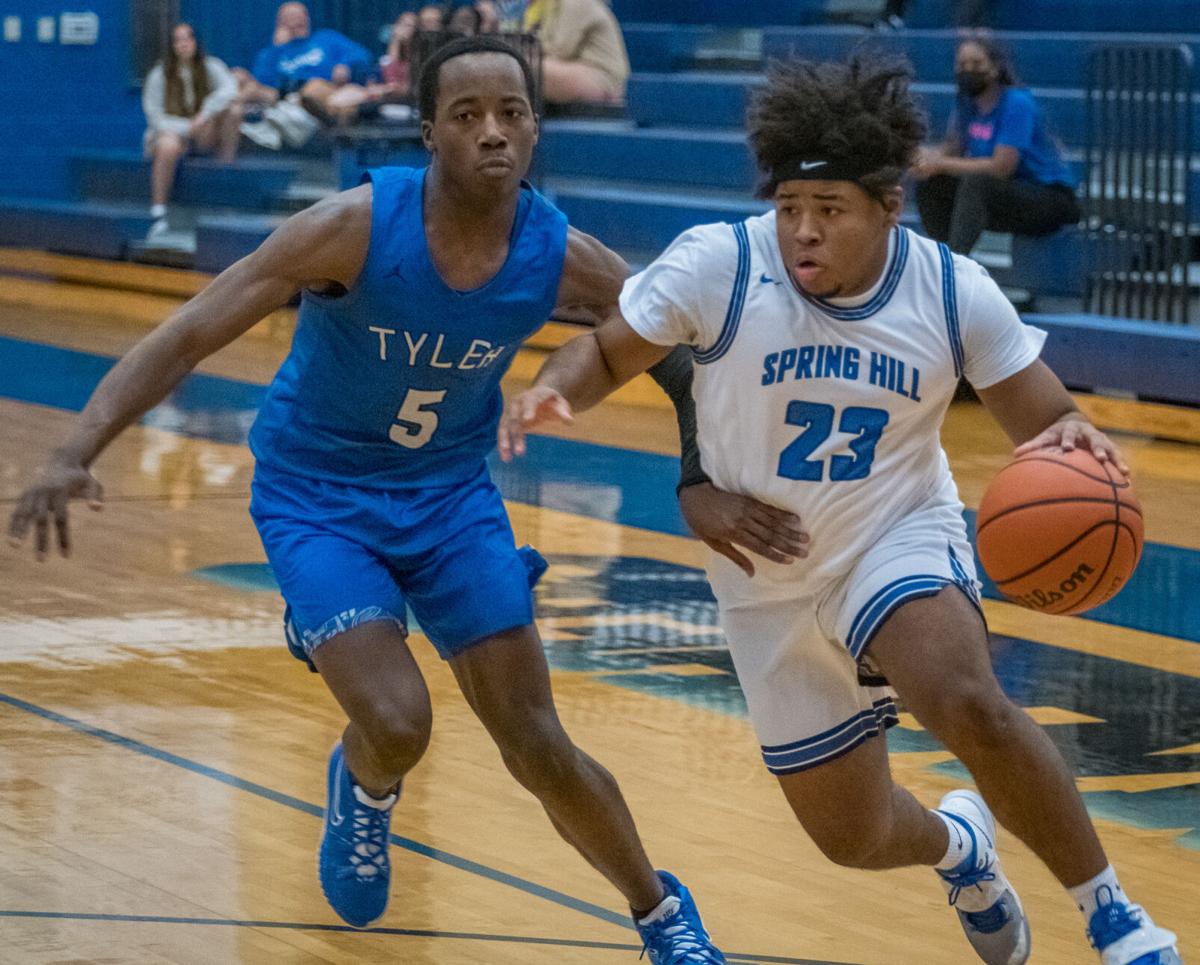 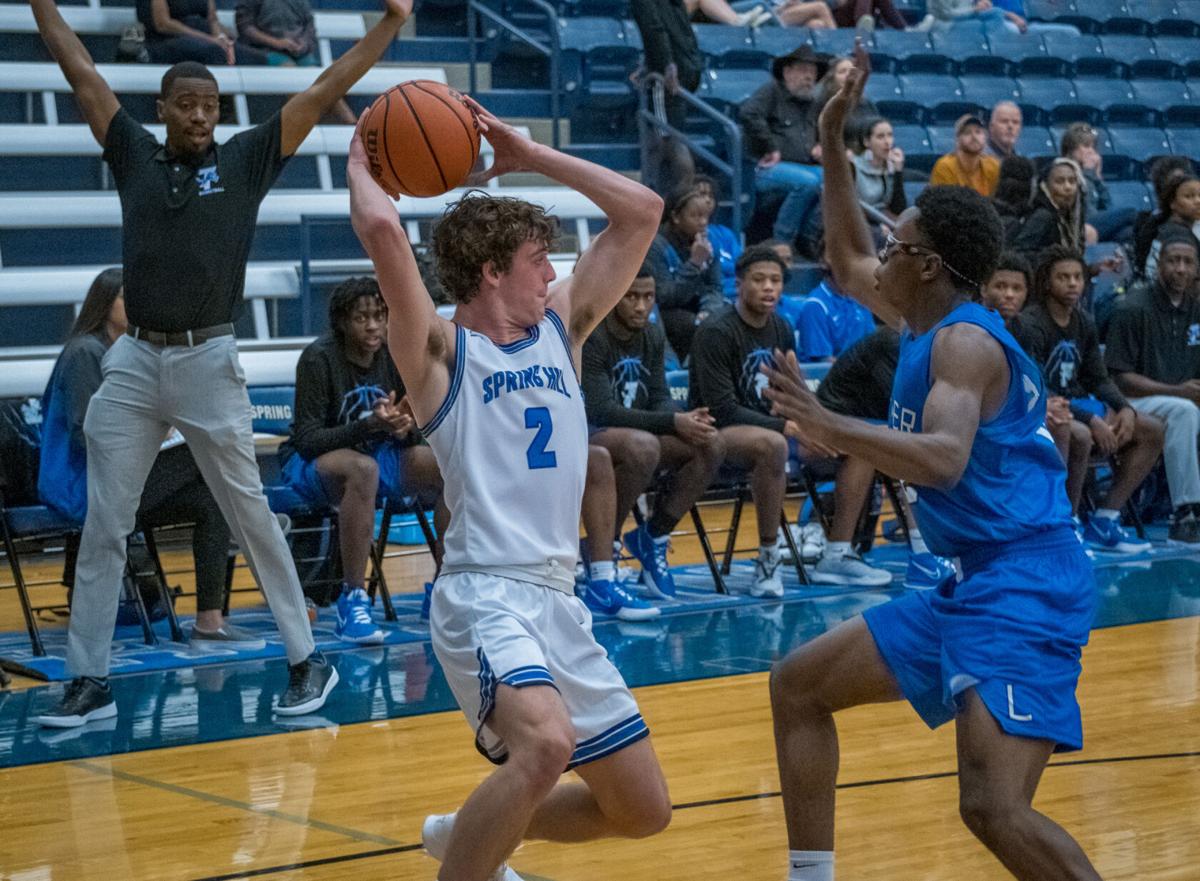 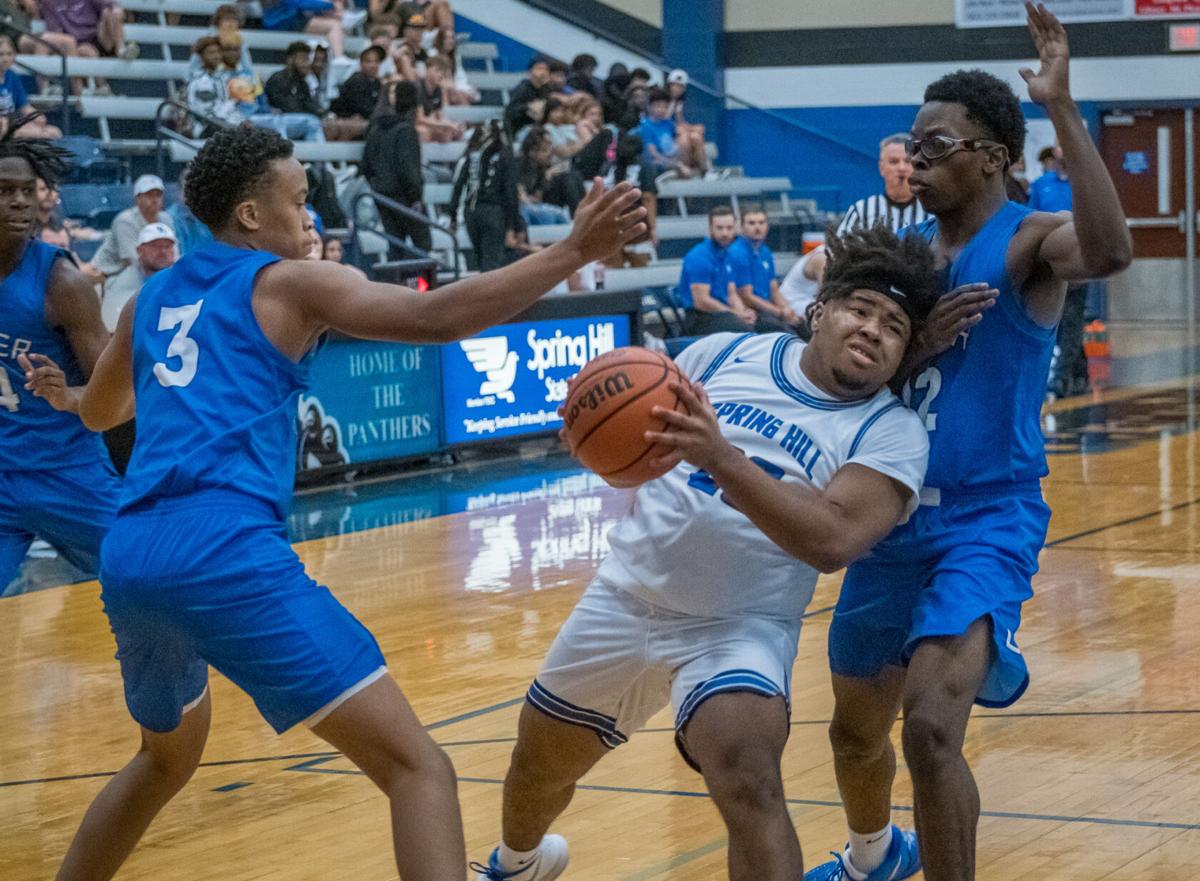 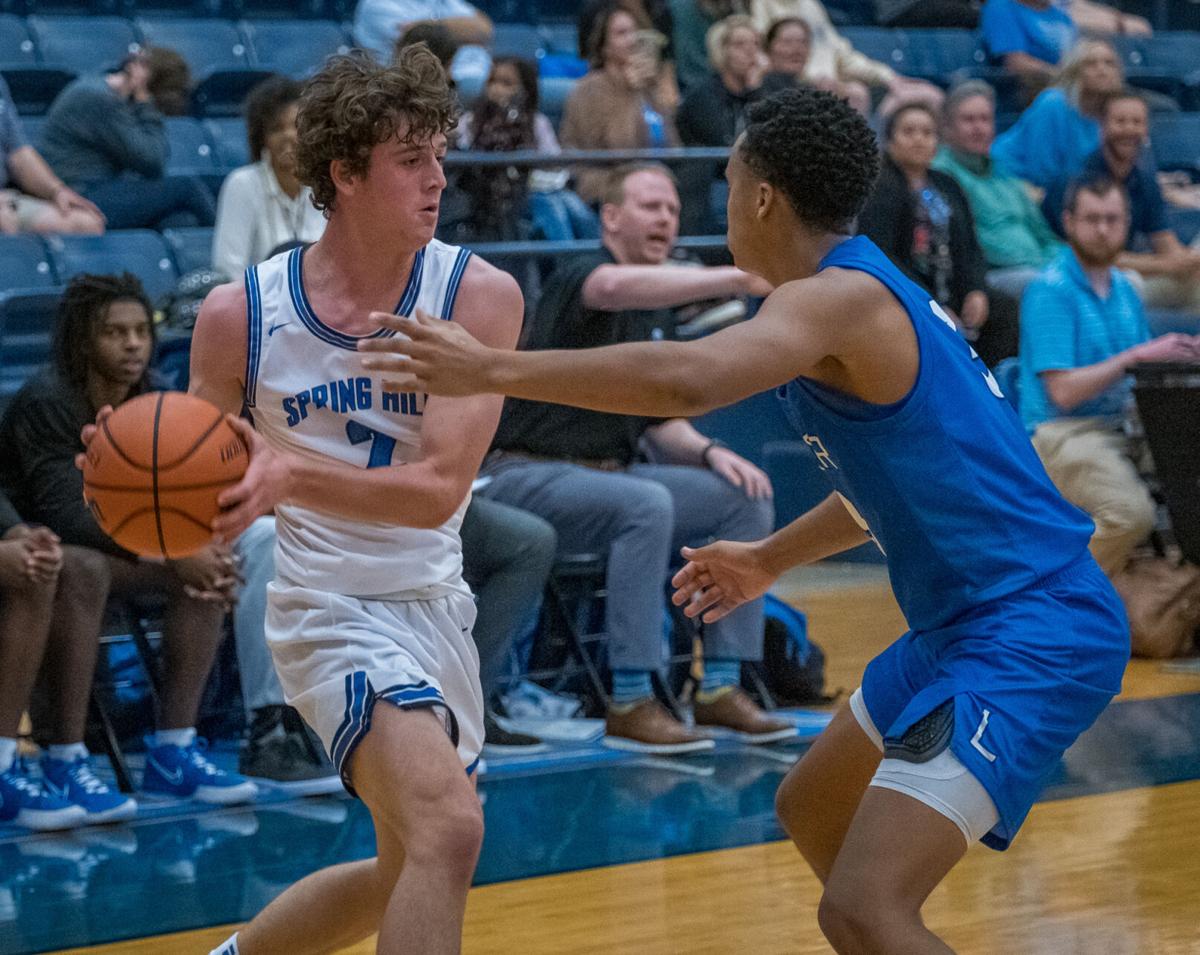 Spring Hill’s James Thomas is pressured in the corner during Tuesday’s game against Tyler High. 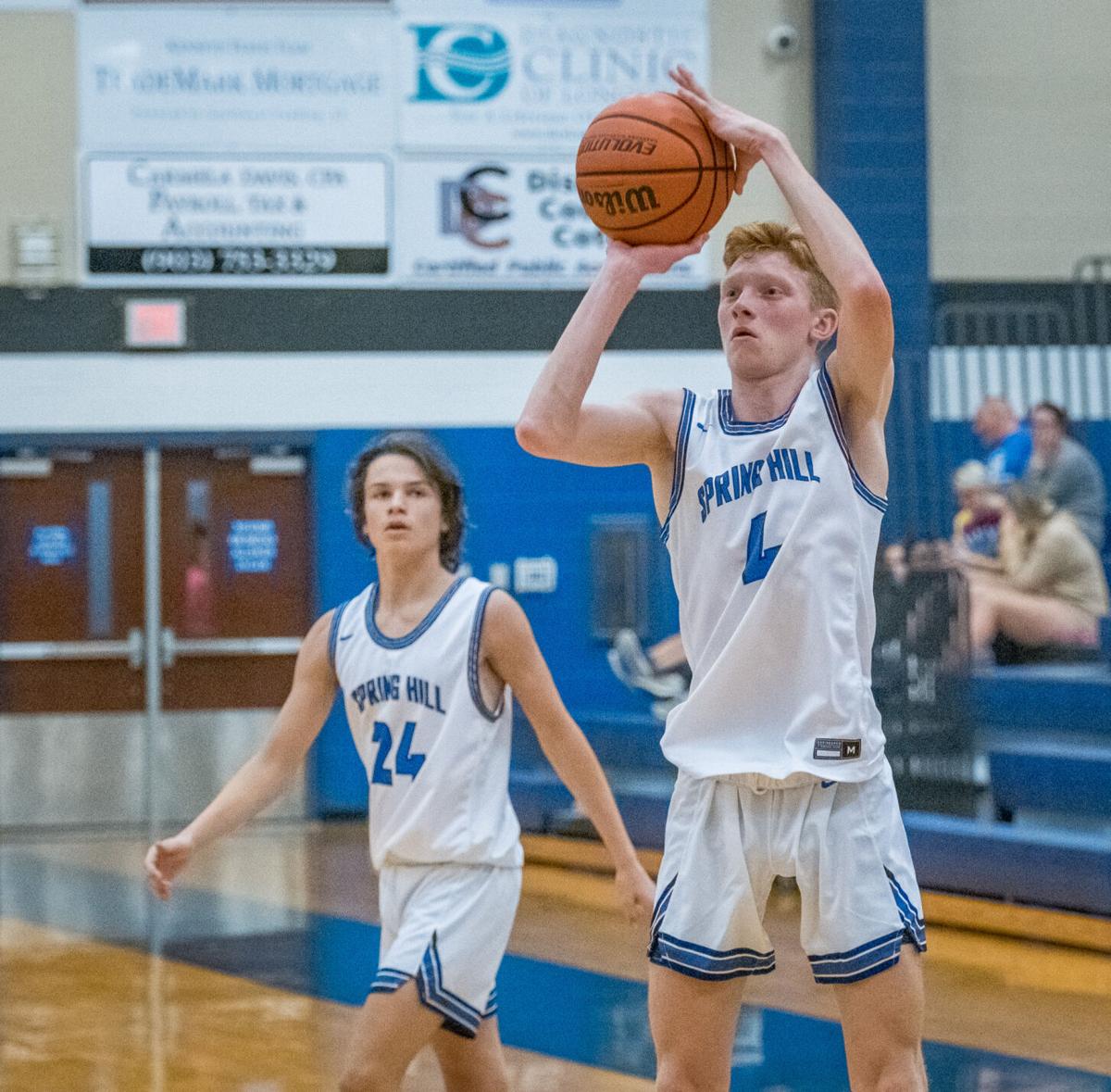 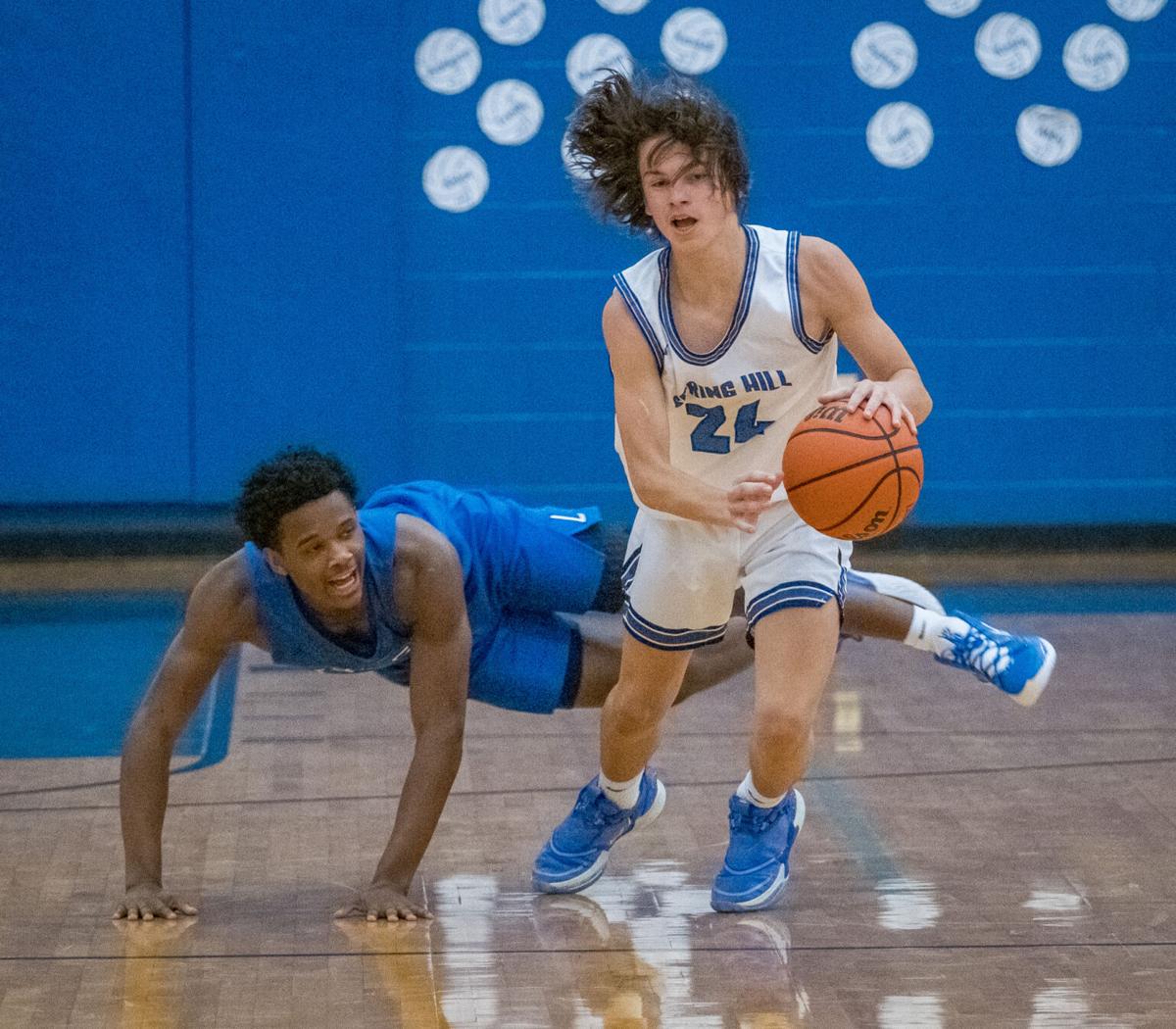 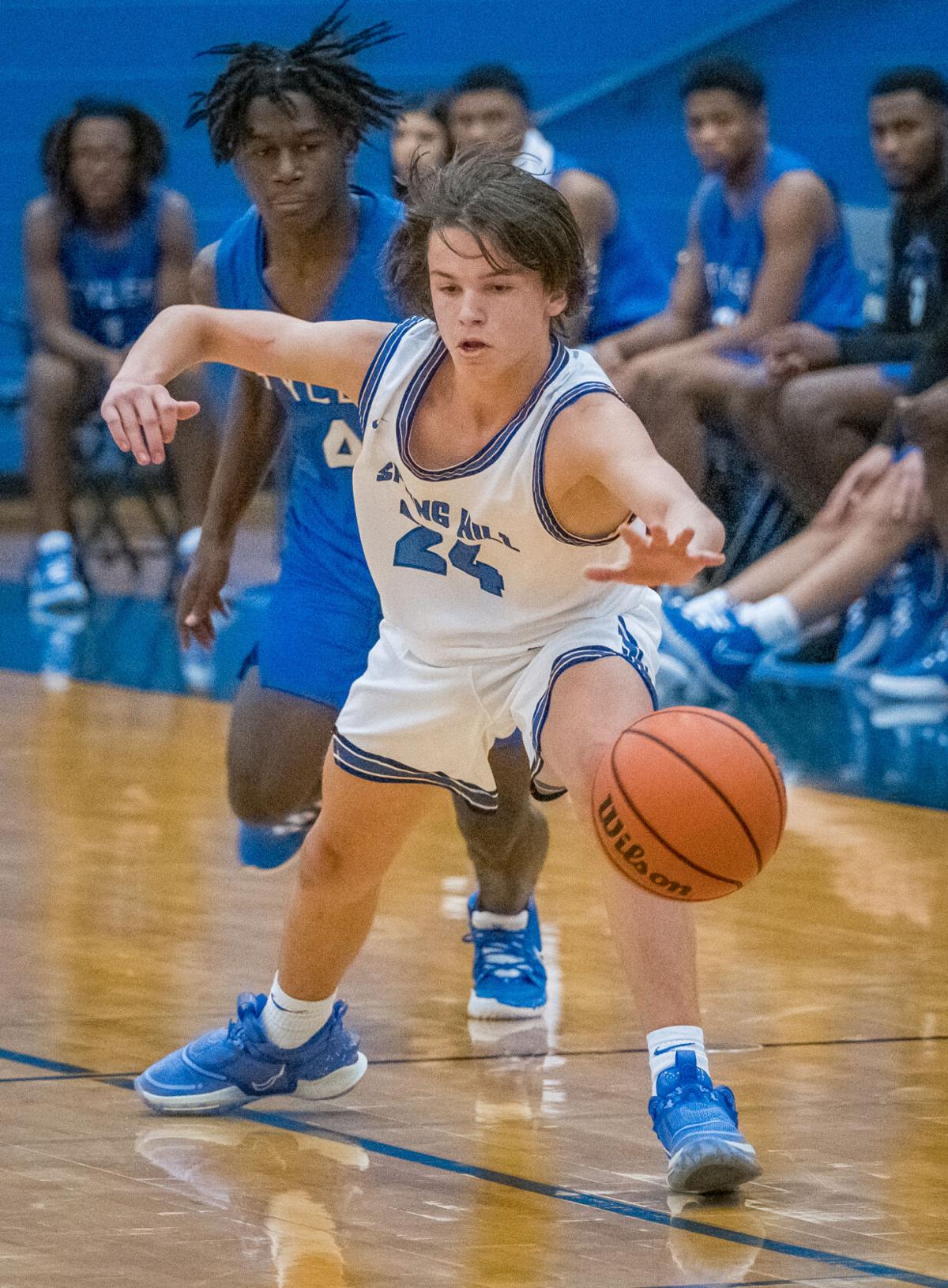 Spring Hill’s James Thomas is pressured in the corner during Tuesday’s game against Tyler High.

Spring Hill and Tyler opened the 2021-2022 high school boys basketball season with a Saturday loss, so they were both motivated to enter the win column during their Tuesday night matchup at Spring Hill High School.

Tyler answered its 43-point Saturday loss against Plano with a 75-49 win and improved to 1-1 on the season.

“They came out with energy,” Tyler head basketball coach Justin Johnson said of his team’s effort on Tuesday. “They did a great job tonight.”

This was a special night for Johnson because he earned his first win as Tyler’s head coach. He returned to his alma mater, where he played at the formerly named John Tyler High School before suiting up for Tyler Junior College and The University of Iowa.

“I’m ecstatic,” said Johnson. “This is my first win. I love this game, I love my school, and I love my city. It’s just amazing.”

Spring Hill, on the other hand, followed its 58-55 Saturday loss against Longview Christian School with another defeat to start the season 0-2. It marked the first home game for Panther head coach Kerry Strong, a 1996 Spring Hill graduate in his first season back at the school.

“We’ve got to reduce our live ball turnovers,” said Spring Hill head basketball coach Kerry Strong. “We can’t let the other team score when we’re on offense. We turned the ball over at the top, and they beat us to the other end and shot layups.”

The Lions jumped out to the early lead and never looked back. They scored the first eight points of the game and held off a Spring Hill surge that cut their lead to 8-6. Marquette Mosley scored all seven of his points in the opening quarter to set up his team’s 24-12 lead by the end of the period.

The Tyler lead grew to 18 in the second quarter before Spring Hill cut its deficit to 39-25 right before halftime. The Panthers leaned on the three-point shot throughout the first half, as evident by 18 of their 25 first half points coming from downtown. Tayler Riehemann recorded three triplets, while Jack Beckett, Luke Hurst and Davaunte Powers earned one each. The other Panther first half points came from Riehemann and Easton Ballard’s two-point shots, and Powers, Jax Stovall and Riehemann’s free throws.

Riehemann led Spring Hill with 23 points in the game, and Hurst contributed 11.

Ashad Walker executed a three-point play with less than five minutes to go in the third quarter to give Tyler a 19-point lead, but Riehemann scored from the three-point line and free-throw line in the period to cut the lead to 54-38 by the end of the quarter. Walker finished the game with 22 points.

Bryson Hill heated up in the fourth quarter as Tyler closed out the win. He finished with nine points in the game, and the Lions also got 12 points from Jamarcus Battee.

Spring Hill now turns its attention to this weekend’s Union Grove Tournament, which will take place between Thursday and Saturday. The Panthers will take on Sabine at 8:30 a.m., McLeod at 9:45 a.m. and Quitman at 1:30 p.m. on Thursday.

Tyler, on the other hand, will play at Mount Pleasant in Friday’s non-district game. The first tip is set for 7 p.m.