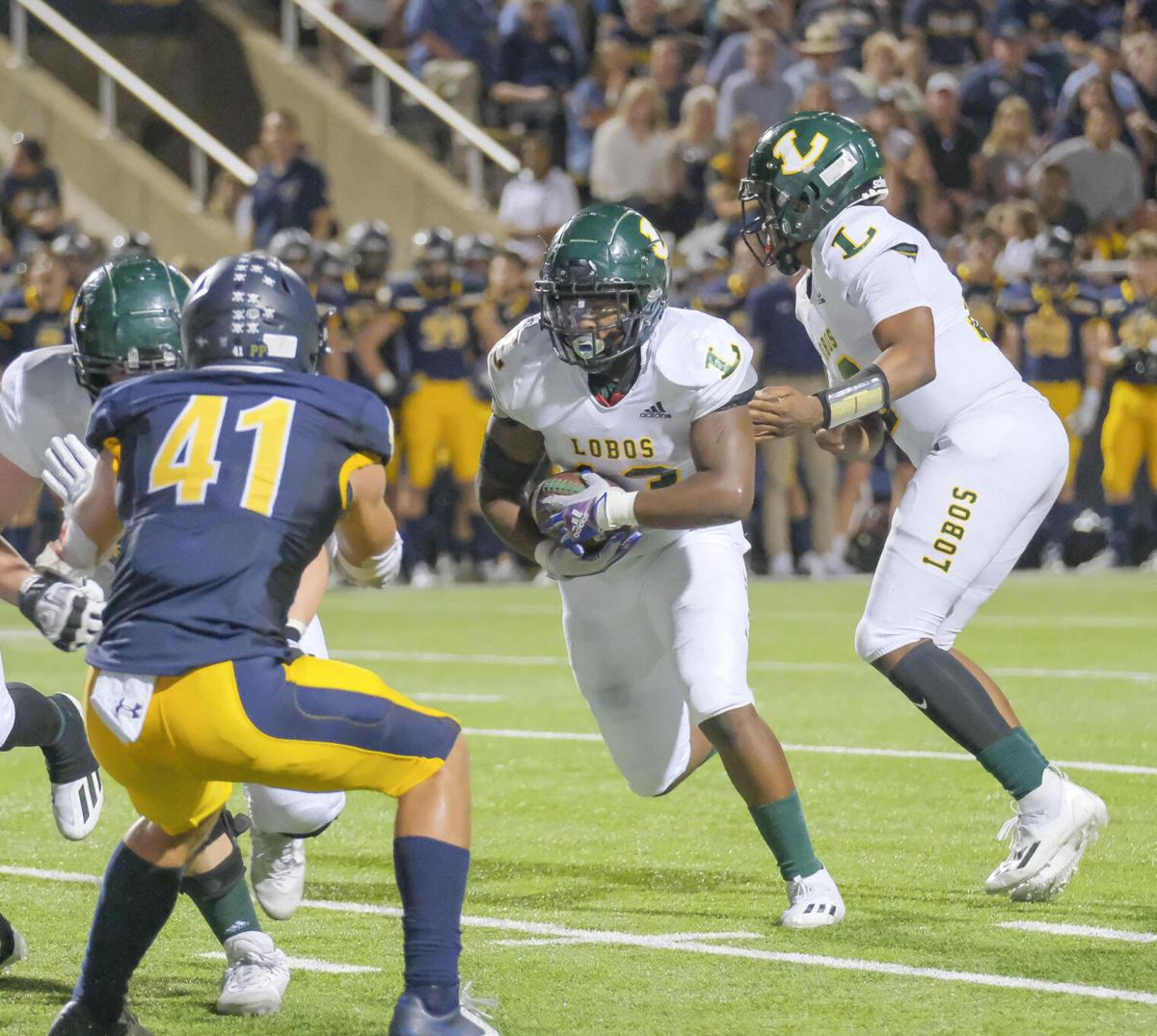 Longview’s Isaiah Harris takes a handoff during the Lobos’ game at Highland Park last week. The Lobos were idle this week and will play on Thursday in McKinney against McKinney North. 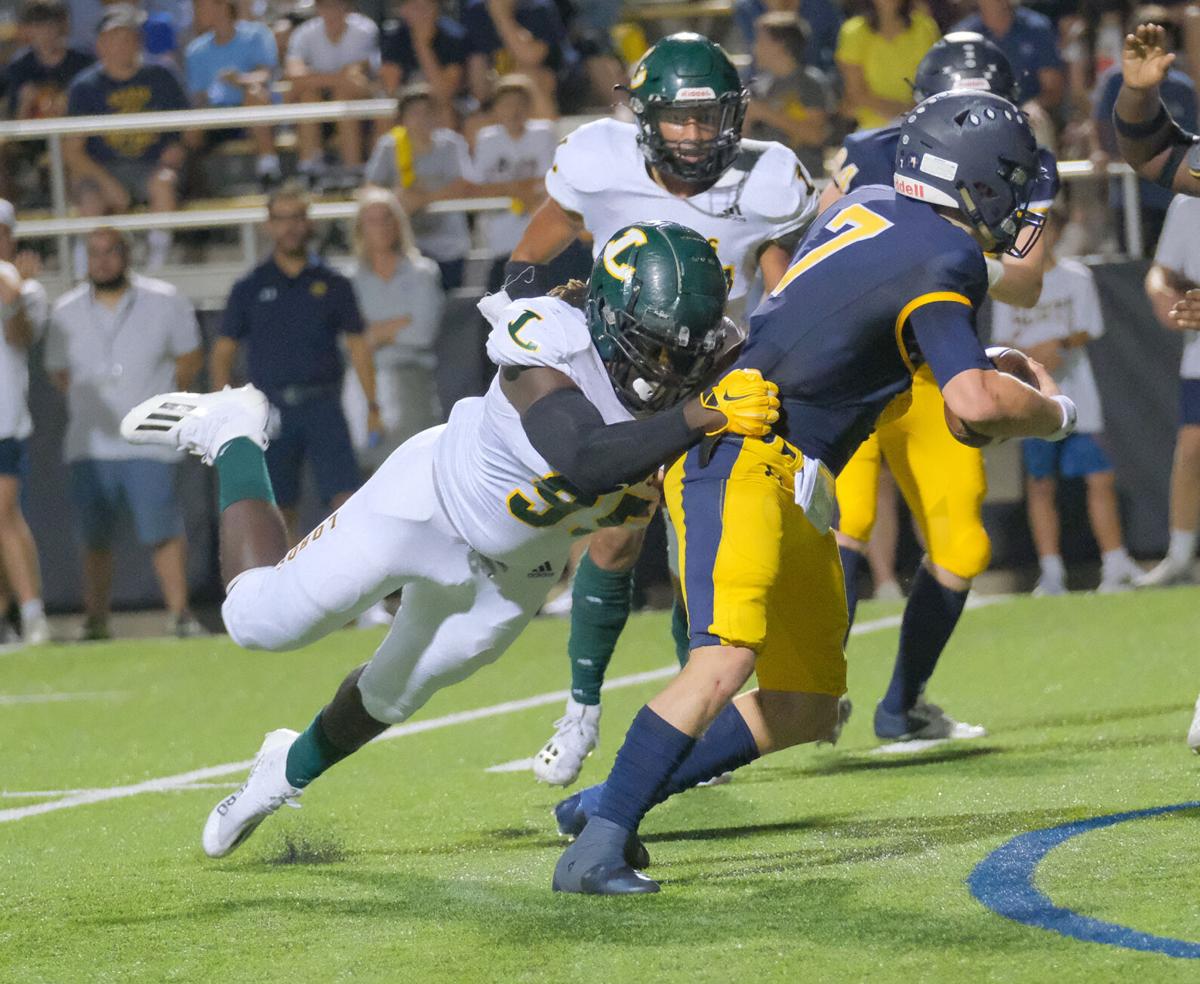 Longview’s Dekaron Stanford makes a fourth down tackle during a game against Highland Park. The Lobos were idle this week and will play on Thursday in McKinney against McKinney North.

Longview’s Isaiah Harris takes a handoff during the Lobos’ game at Highland Park last week. The Lobos were idle this week and will play on Thursday in McKinney against McKinney North.

Longview’s Dekaron Stanford makes a fourth down tackle during a game against Highland Park. The Lobos were idle this week and will play on Thursday in McKinney against McKinney North.

Longview’s open week arrived at the perfect time this year.

The football program holds a 6-2 record at the eight-game mark of the regular season, and is focused this week on its continued development and preparation for its final two district games and expected playoff run.

“We’re just working on us,” Longview athletic director and head football coach John King said of the use of his team’s bye week. “We’re making sure that we’re taking the right steps, maintaining the right leverage, getting the right coverage, running the routes the correct depth, and throwing the ball on time. It’s the little things that you’ve got to take care of, and that’s where our focus is.”

Longview has shown on multiple occasions this season that it can overcome adversity. The latest example occurred right before the mid-season break. Longview’s season-best five-game win streak was snapped by its 21-16 district loss at Highland Park on Oct. 8, but the Lobos got back on track with last week’s 56-14 home district win against Sherman.

It took a complete team effort on Friday. On the offensive side, Longview recorded 534 total yards and 327 rushing yards. One of the players that shined for the unit was running back Taylor Tatum, who rushed for 179 yards and a trio of first half scores.

“Offensively, I thought we executed at a high level,” said King. “We limited the pre-snap penalties and stayed on schedule with down and distance, which allows us to have an open playbook. I thought we did a good job executing for the most part, we made big plays on the ground and in the air, and the offensive line controlled the line of scrimmage.”

On the opposite side, the Lobo defense forced a Sherman interception and a fumble, and held the Bearcats to their lowest scoring outing since Sept. 17.

“With the exception of two busted coverages that we had, I thought we played pretty good,” said King. “Those two busted coverages enabled them to score one touchdown and then get into the scoring range to get the other one. The communication part there is what we need to clean up, but I thought we did a good job of containing the quarterback most of the night and winning the line of scrimmage up-front.”

That’s one of the reasons King doesn’t want his program to lose ground during its non-game week, and has emphasized to his players that there is still plenty of work to do, and no time can be wasted.

“It’s been a usual open week for us,” said King. “There’s work to be done. There are no off days in Lobo football. There are things that we do at a different pace and tempo during an open week than we do during the regular season.”

Longview won’t return to the field until next Thursday’s 7 p.m. road district matchup with McKinney North at McKinney ISD Stadium, so it’s using its extra time this week to send the best Lobo team to that battle and beyond.

“The good thing is we’re not preparing for an opponent right now,” said King. “We’re still cleaning up areas with our football team, and still getting some good work that allows us to keep our timing. Things you’re concerned with during an open week is how you’re going to respond the following week after having not played a game for a week, so we try to get as close to game speed as we can during practice.”