You are the owner of this article.
Edit Article Add New Article
You have permission to edit this article.
Edit
Welcome, Guest
Home
Sports
Schools
Stats
The Zone
Lobo Insider
Columns
Photo Galleries
Pro
Player of the Week
1 of 13 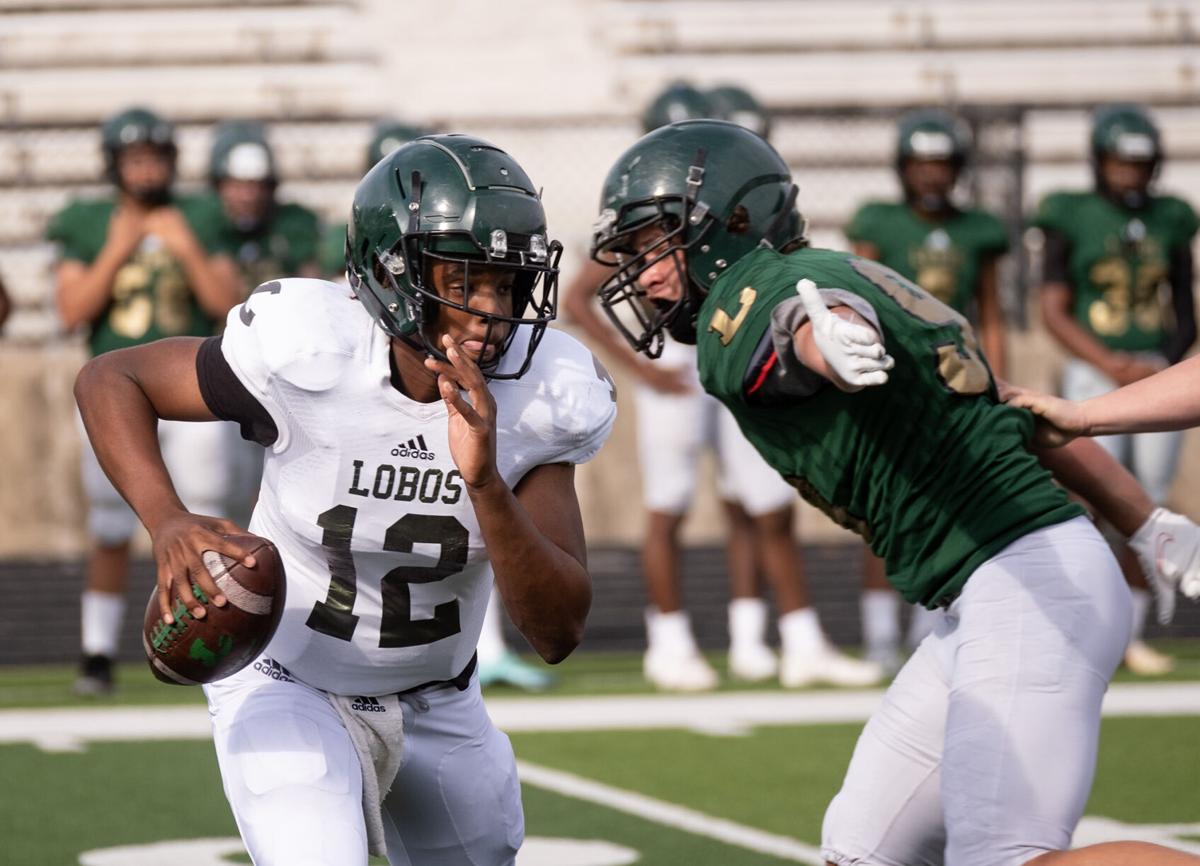 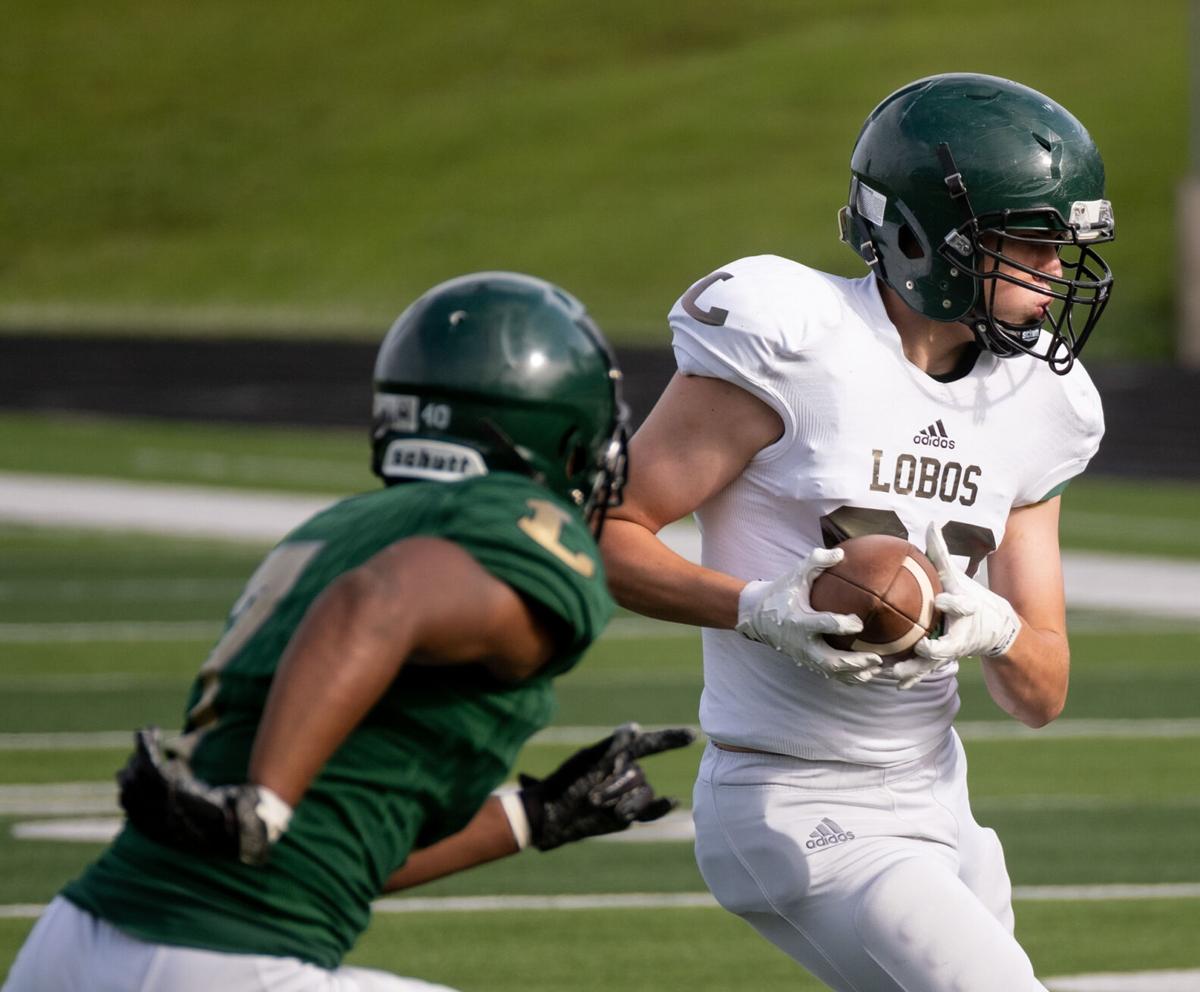 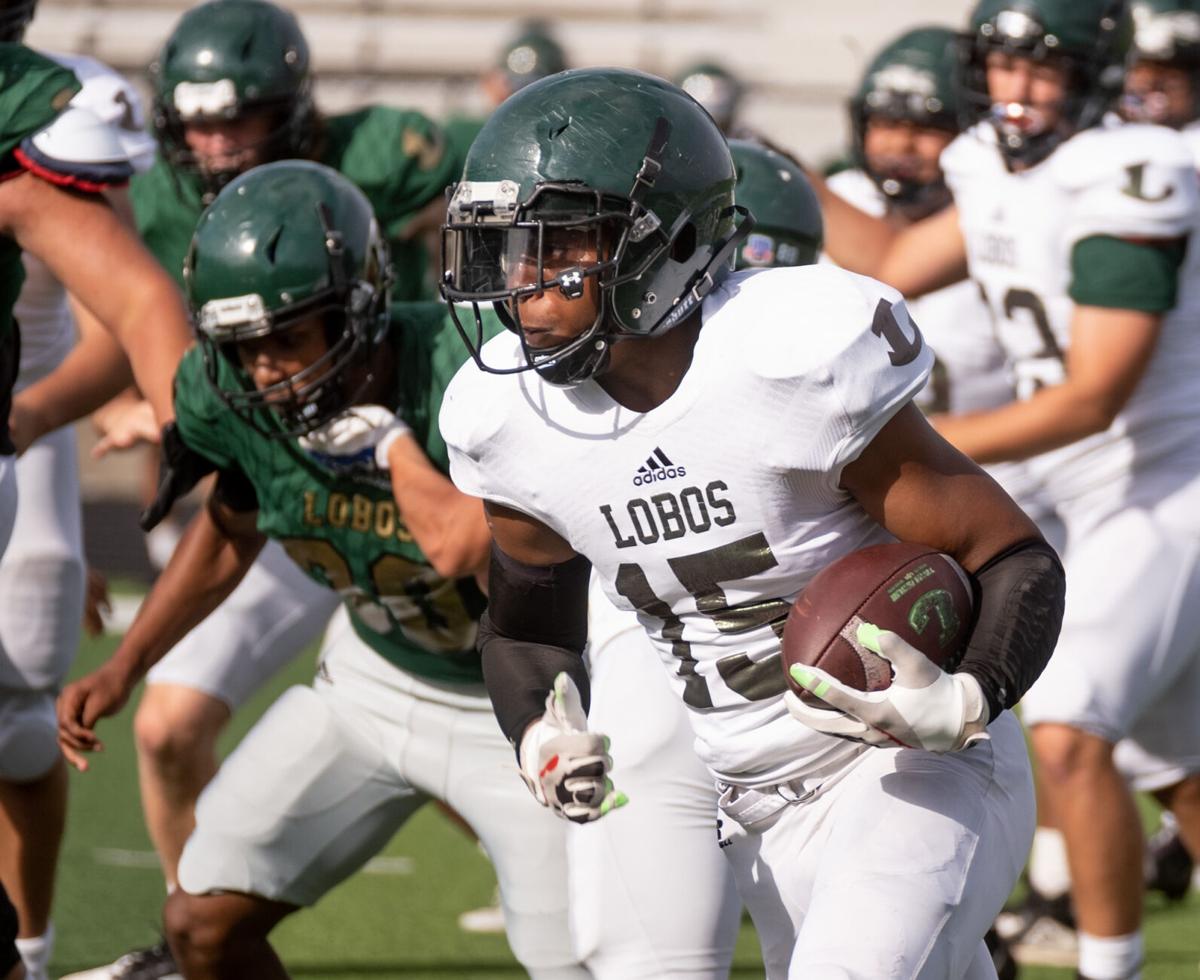 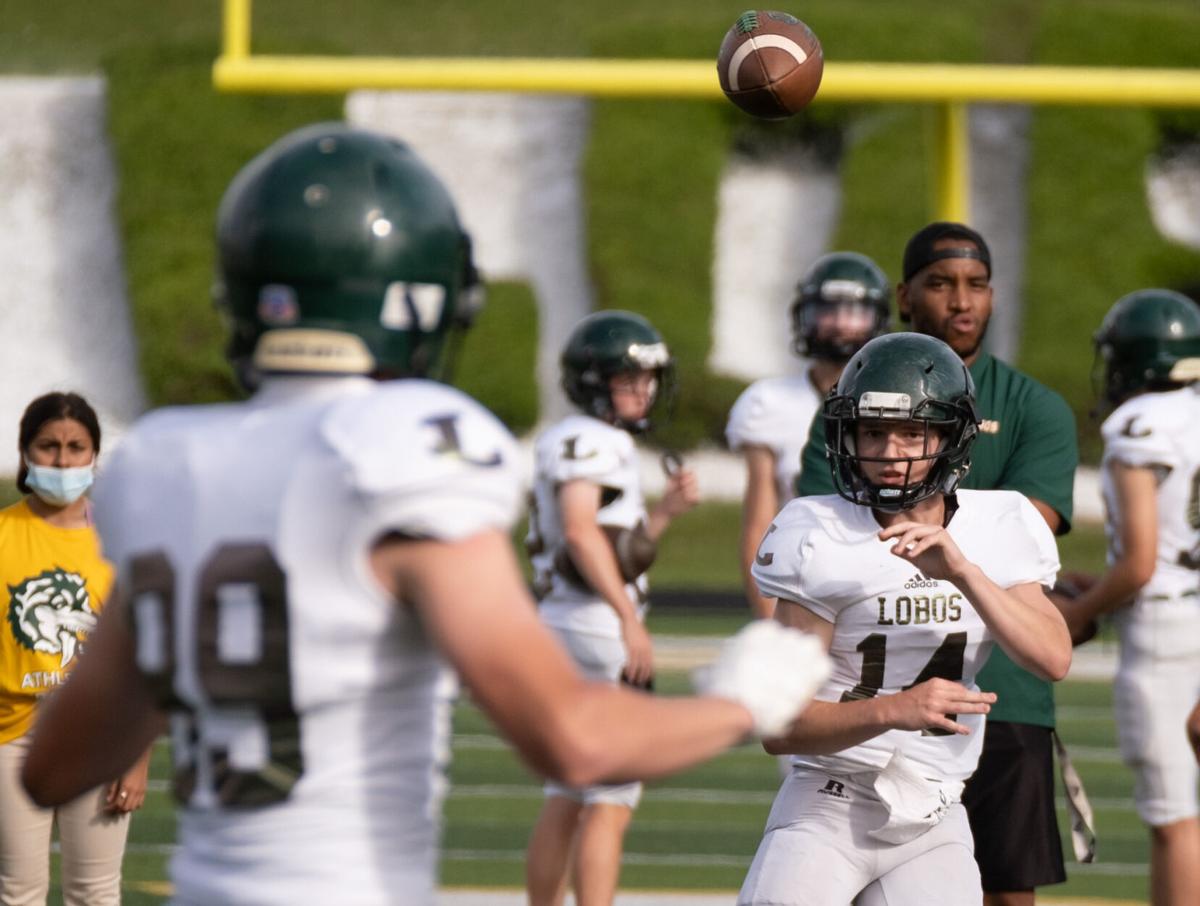 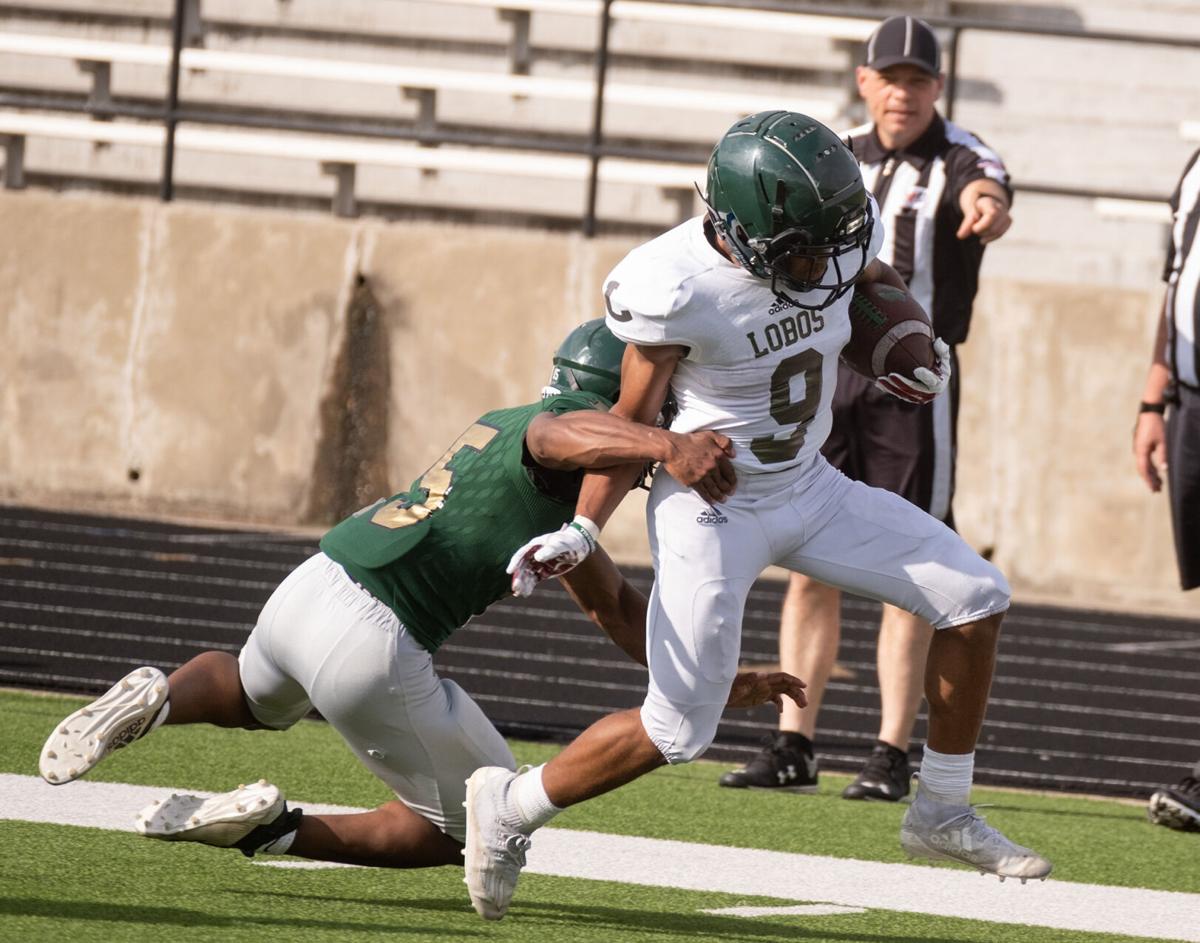 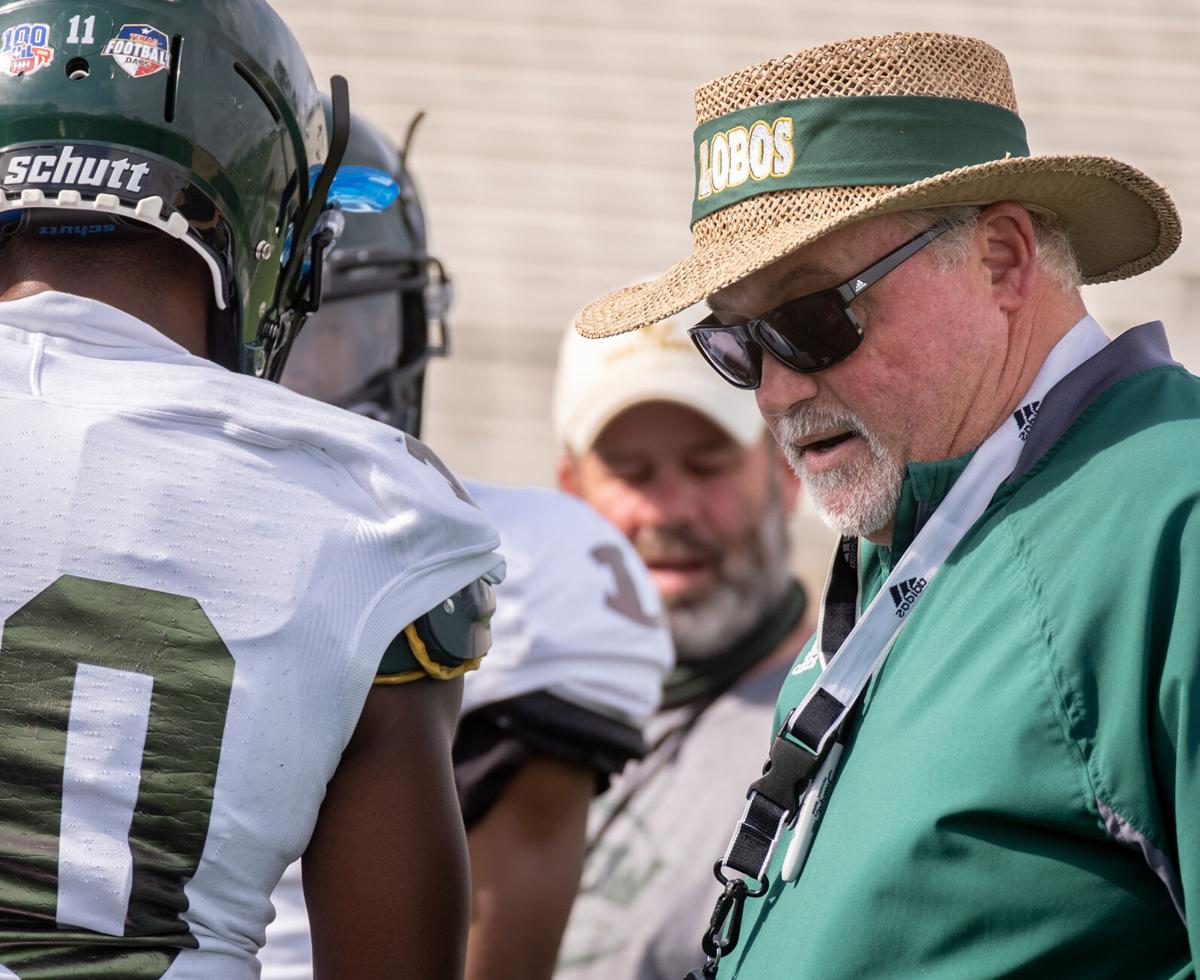 Coach John King gives instruction to his team on Monday during the Lobo Green vs. White spring game at Lobo Stadium. 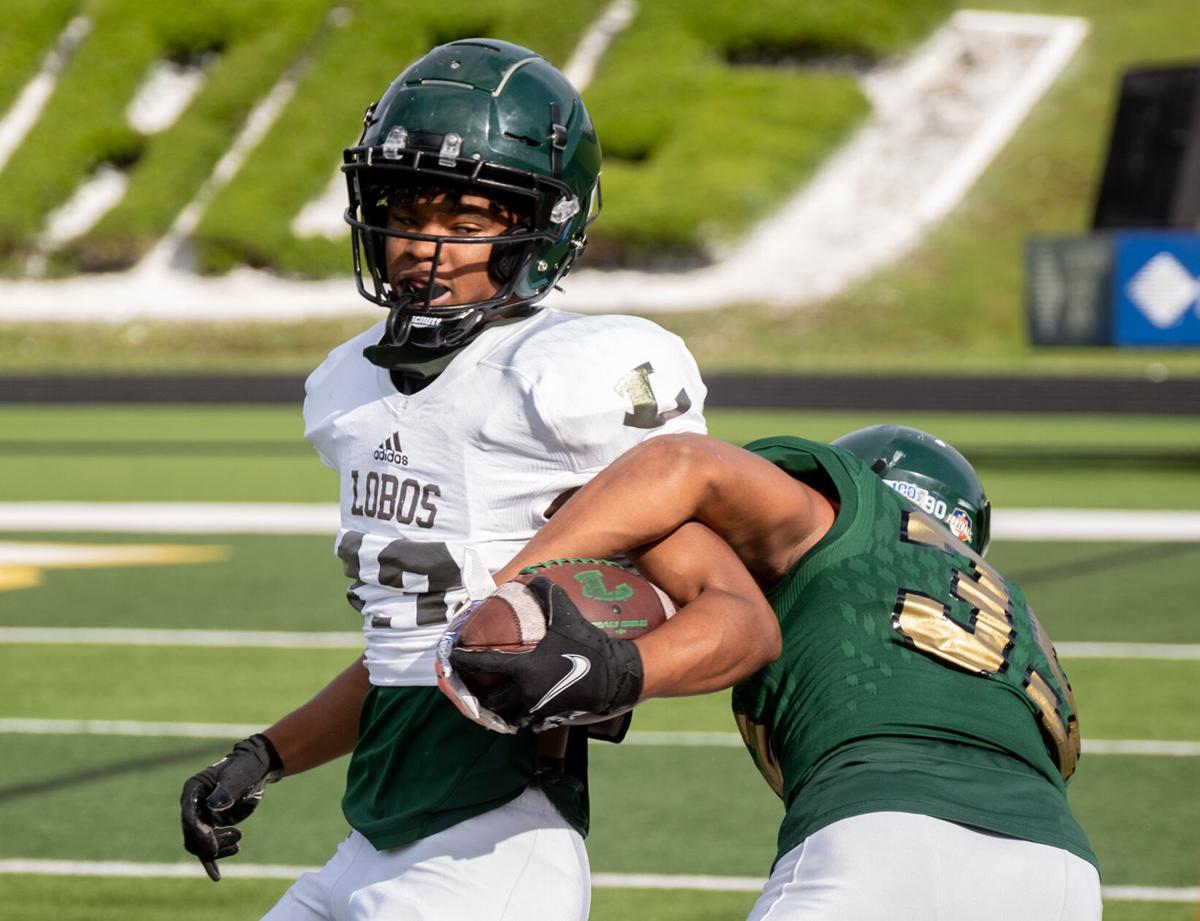 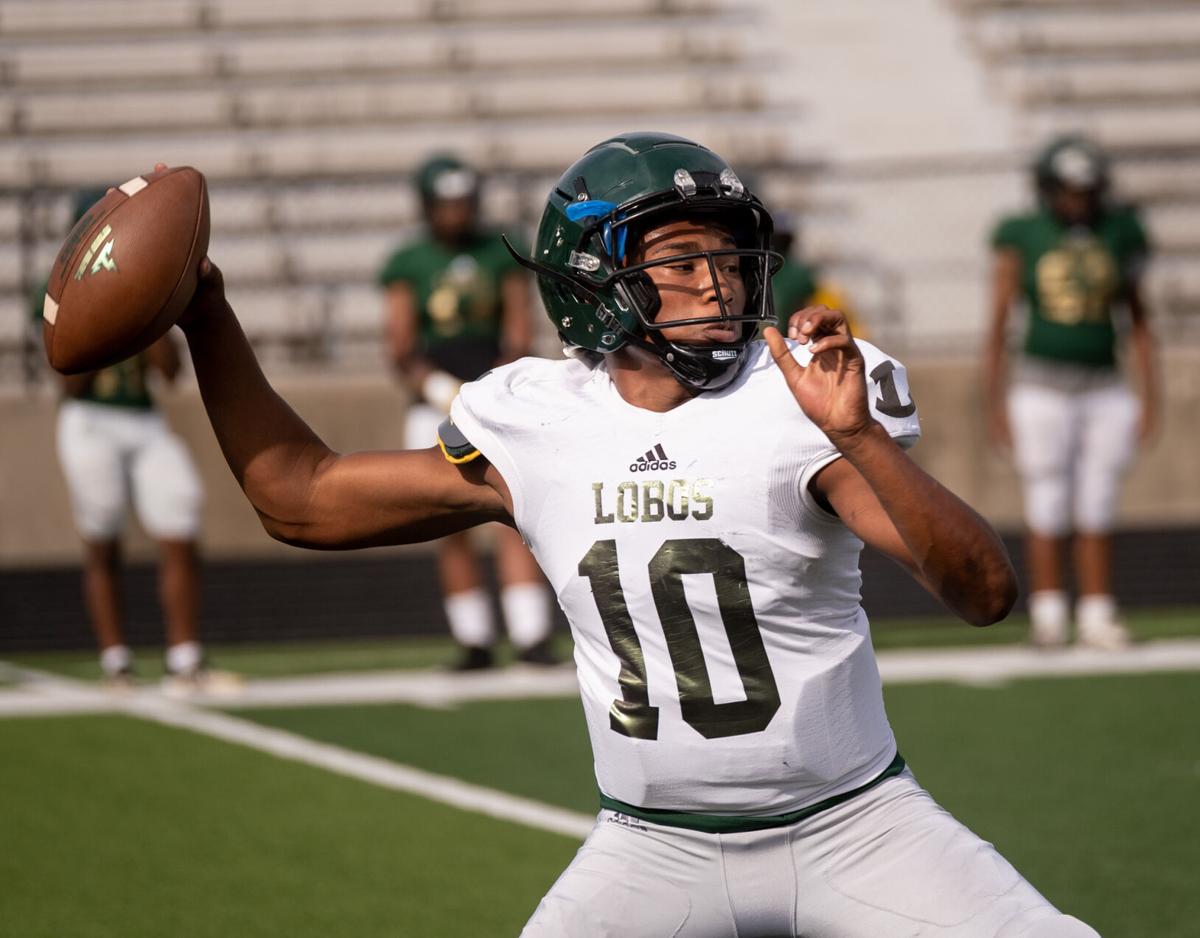 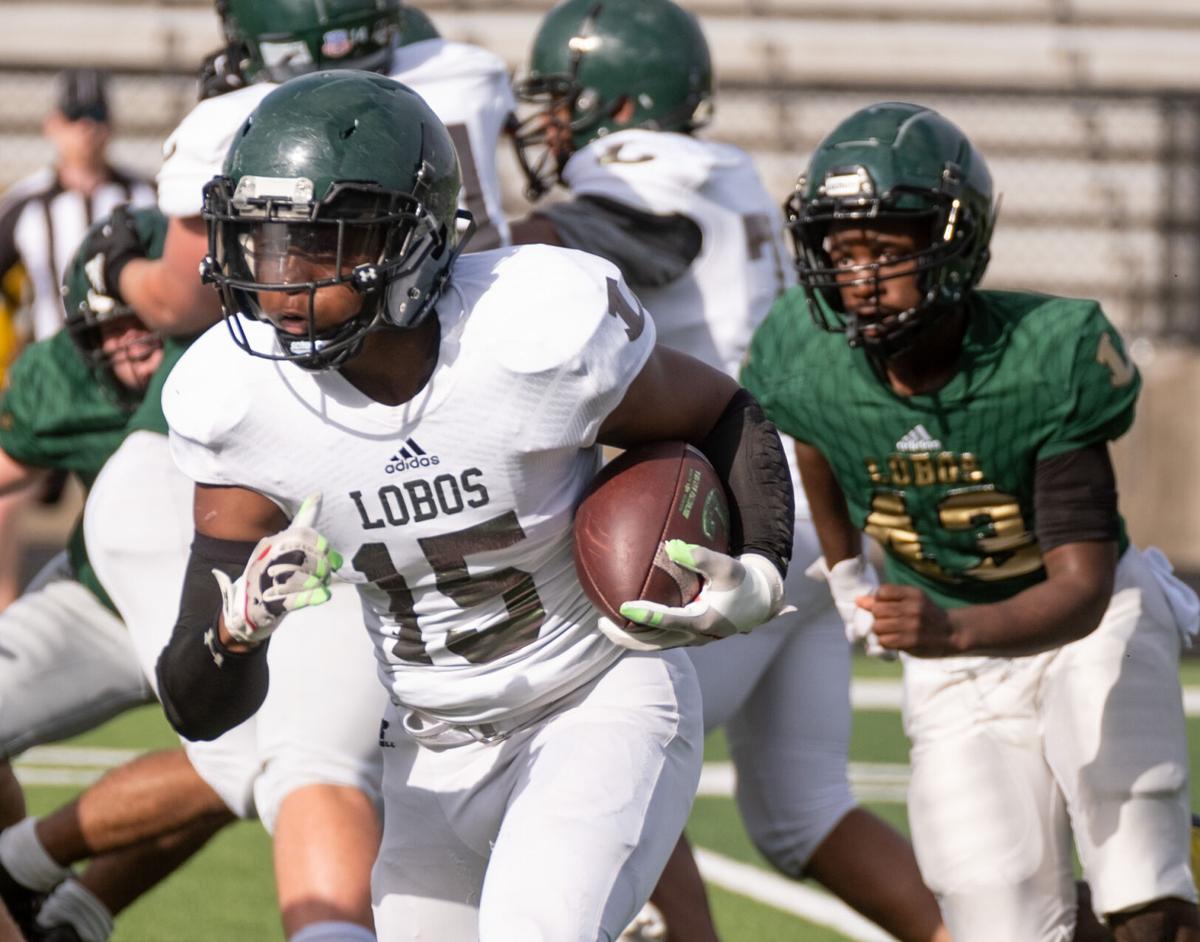 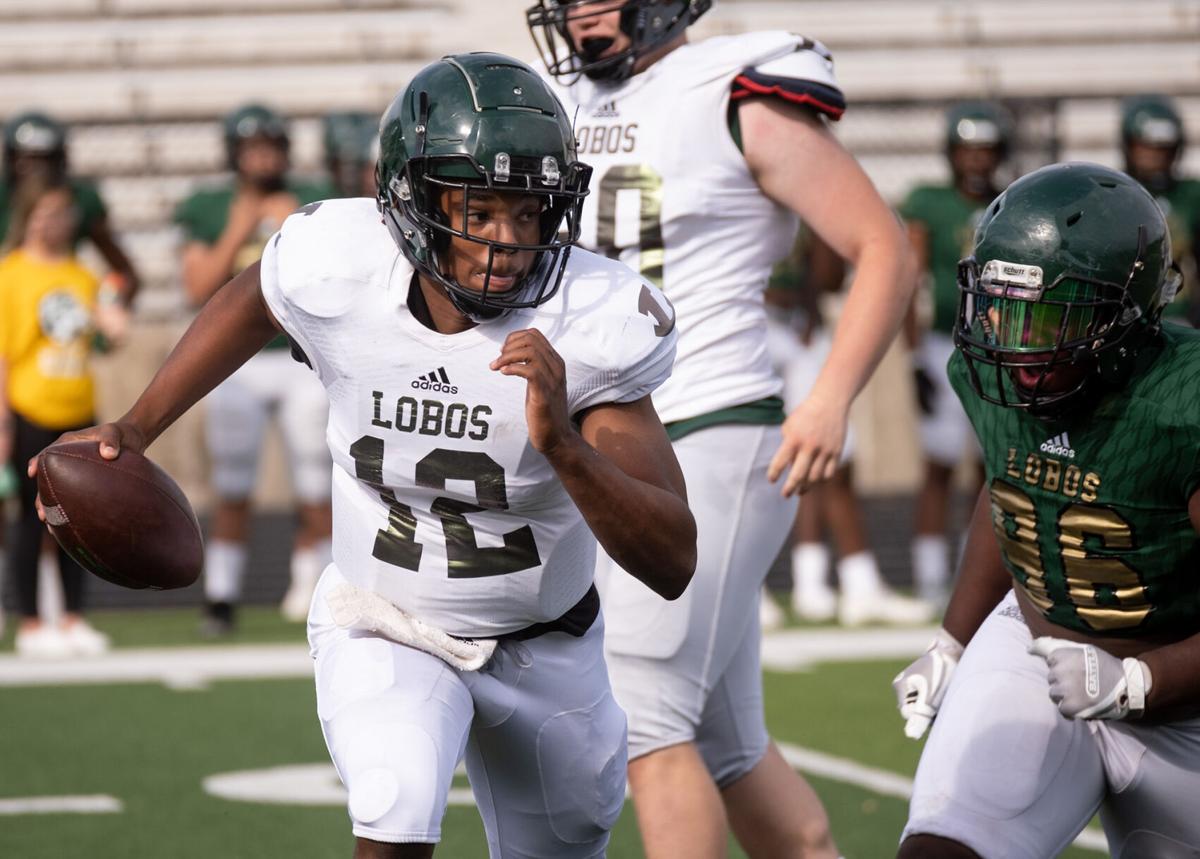 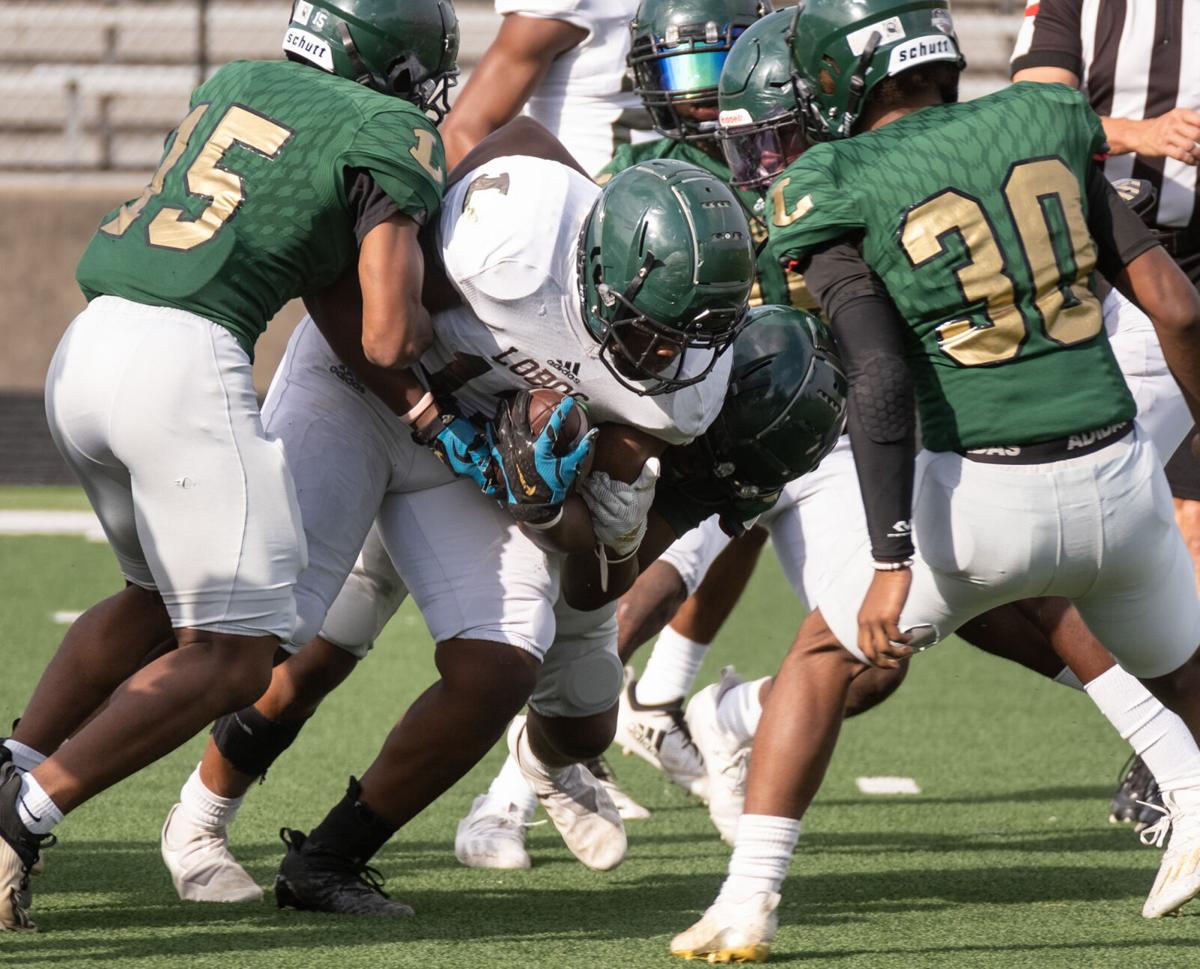 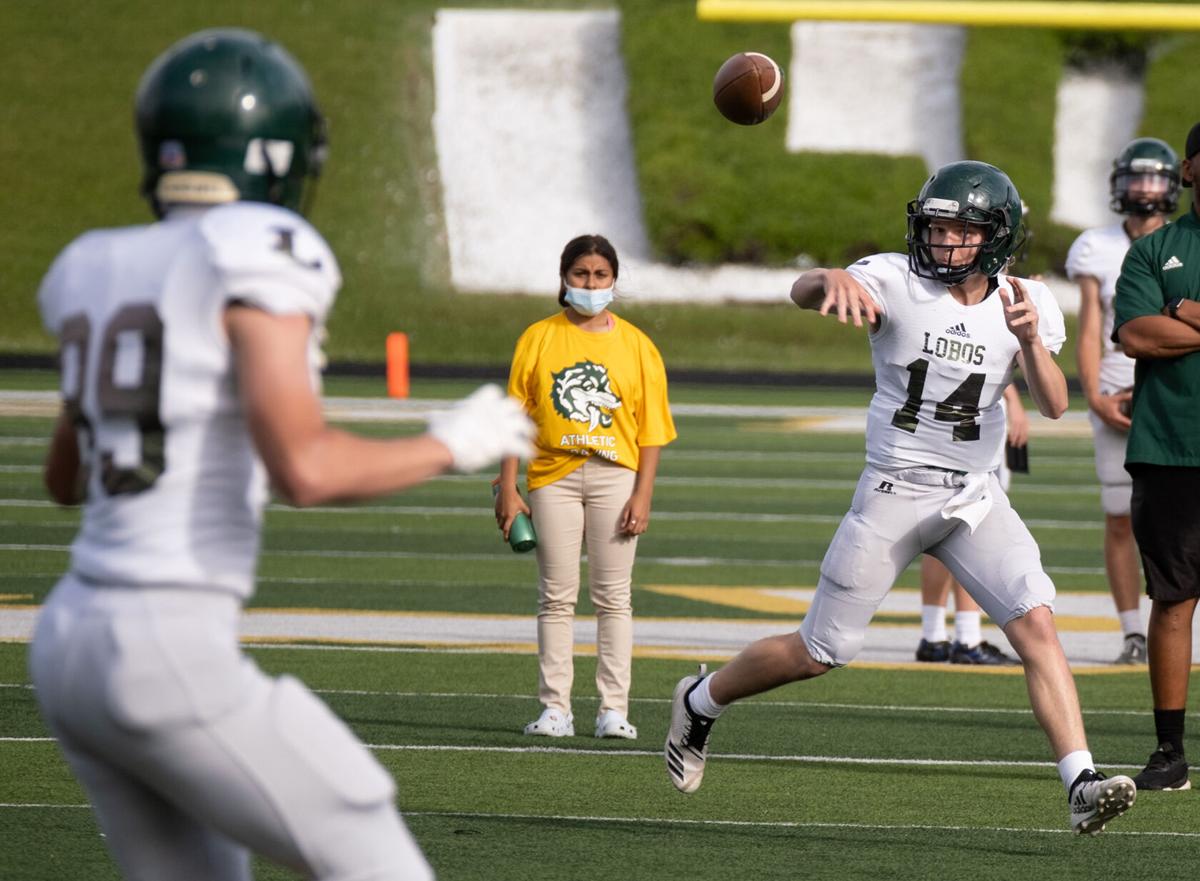 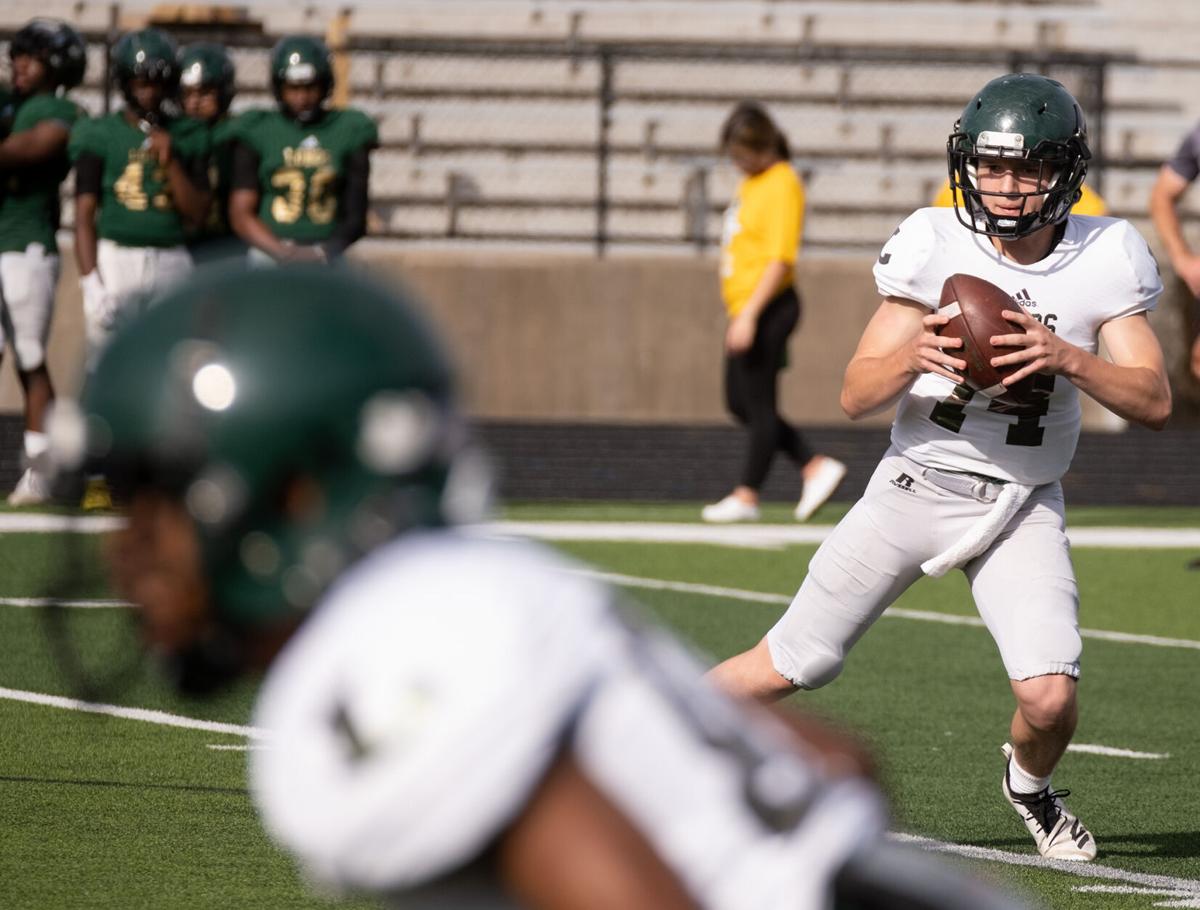 Coach John King gives instruction to his team on Monday during the Lobo Green vs. White spring game at Lobo Stadium.

Monday was the 150th birthday of the City of Longview, so it was fitting that one of the day’s events featured one of the things that the town is known for. That was the Longview Lobos’ Green and White Game, which hosted football action at Lobo Stadium in the final event of the 2021 spring football season.

“It was sloppy at times and there were times that had good execution,” Longview head football coach John King said of the initial review of his team’s performance.

“There’s a lot of things we’ve got to clean up,” he added. “I don’t know what kind of intensity we had when we started. I was kind of disappointed in that, but it did get better as [the game] went on.”

The first drive for the Longview offense was a slow and steady one that ended in opponent territory, but it only resulted in field goal attempts. Michael Fields missed the first, Nicolas Onofre was successful on the second, and Jacob Vazquez was unable to execute on the final kick.

Luckily for the Lobos, it didn’t take long for a more productive drive. On the second offensive possession, Joshua Thomas called his own number and scored a long touchdown run. The ensuing extra point attempts were also more successful, as Fields, Onofre and Vazquez were a perfect three-for-three.

The first big defensive play ended the third offensive drive. Thomas was still under center when one of his passes was intercepted by defensive back Mandrell Washington.

Jordan Allen then shined on the fourth drive. He overcame a near-interception to Ta’Darion Boone before connecting with five-star recruit Jalen Hale in the left corner of the end zone for the first touchdown pass of the game. One of the plays that set up the score was a strong rush by running back Taylor Tatum, who charged through the defense and bounced off defenders to move the chains.

Playmaking continued with a quick fifth drive. Thomas moved the Lobos down the field again and threw an accurate pass to Jartaivan Wright for another score. This time, Jagger Barton joined Fields, Onofre and Vazquez in making extra point attempts.

On the sixth drive, DeKalon Taylor made a left turn around the Longview defense and scored a touchdown. And the seventh saw Andrew Tutt bounce back after Jacolbie Granville broke up a near-completion on a deep ball that could’ve landed in the nearby receiver’s hands. Tutt regrouped and threw a nice touchdown pass to Dakaylen Reese.