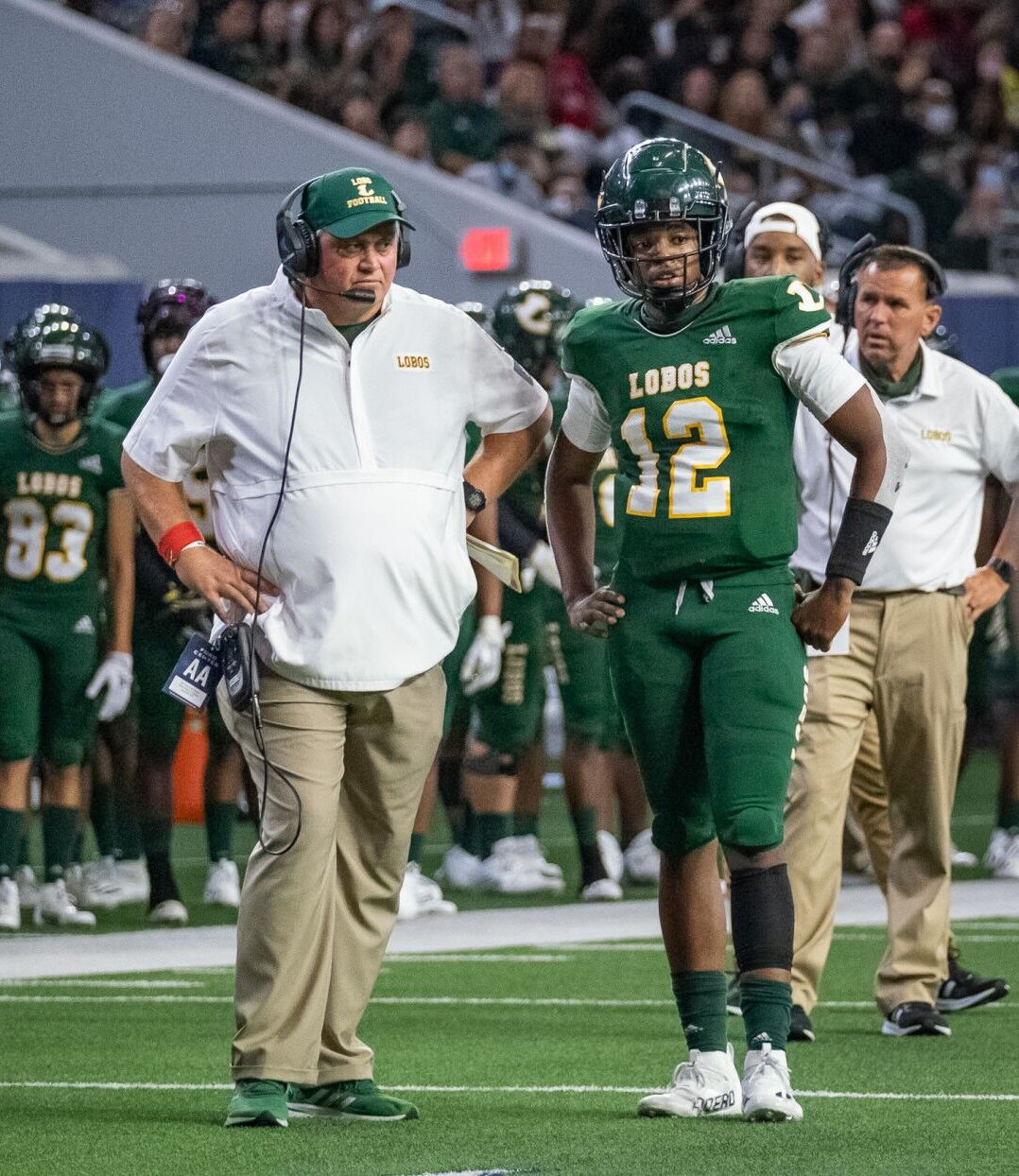 Longview head coach John King visits with quarterback Jordan Allen on the sidelines during the team’s season opener in Frisco. The Lobos visit McKinney North for a 7 p.m. contest on Thursday. 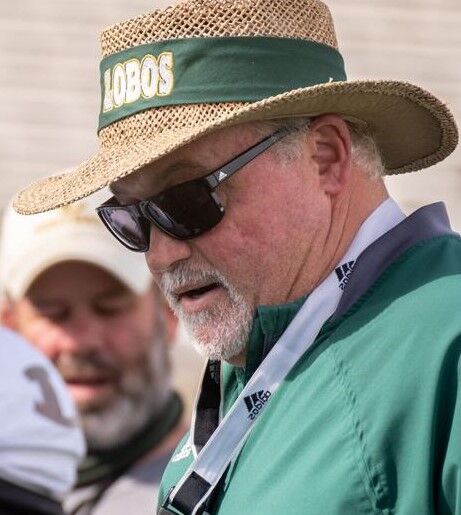 Longview head coach John King visits with quarterback Jordan Allen on the sidelines during the team’s season opener in Frisco. The Lobos visit McKinney North for a 7 p.m. contest on Thursday.

Longview is not only ready to return to football action after its open week. It’s also better than the last time it hit the gridiron on Oct. 15.

The Lobos normally prepare for an opponent during their weekly practices, but that was not the main focus last week. With no team on the schedule, they used the same energy to improve themselves.

“They knew they had to work every day,” said Longview athletic director and head football coach John King. “There are going to be no days off. They know there’s work to be done. We laid out the plan for them, and they did a pretty good job of executing the plan all week long. I was proud of their efforts and felt like we saw some improvement from the start of the week.”

That extra work will give Longview a boost as it wraps up District 7-5A Division I play the next two games, and as it marches into the postseason in the weeks that follow.

“I thought our kids did a pretty good job of handling the open week and got the work in that we needed to get in,” said King. “Whether it was in the weight room, on the practice field or in the classroom, there were a lot of things we needed to accomplish and we made strides in the right areas.”

The next chapter of Longview’s season starts with an early week district matchup against McKinney North at McKinney ISD Stadium. The Lobos will battle the Bulldogs starting at 7 p.m. on Thursday, with the knowledge that their opponent has earned three of its four season victories since district play began.

“They are very athletic, very explosive offensively, made a few changes on defense, and are starting to play better football,” King said of Longview’s opponent this week. “The challenges we face are us coming off a bye week, traveling on a Thursday, a place we’ve never played before, and the possible weather we may get with the high and gusty winds affecting the kicking and throwing game.”

King sees a lot of similarities between his team and McKinney North in 2021, so it will be a game to watch.

“Both of us are in the same boat,” said King. “We’re relatively young. We got a bunch of sophomores and juniors that are contributing, lost a great senior class, had a few injuries along the way this year, and found different combinations that work.”

One of the strengths of each team is the run game. That will definitely come into play when the teams match up in the game’s windy weather conditions.

“Their running game is solid,” said King. “That’s what they do. They want to establish the run. Both their tailbacks run extremely hard or find ways to get positive yards when nothing’s there. We’ve got to stop the run defensively.”

“You get these bad weather games, and you better be able to run,” King said of his team’s approach. “We’ve got exceptional athletes out wide that we’ve got to get the ball to as well. We’ve got to be multiple, diverse and stay on schedule. That’s the key for everything.”