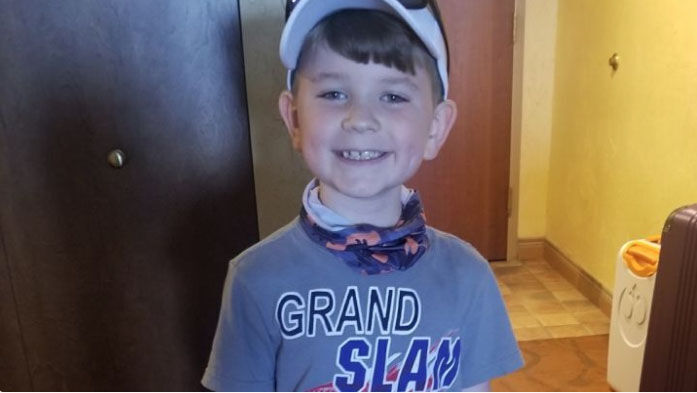 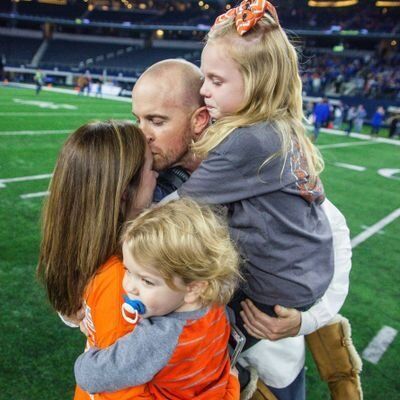 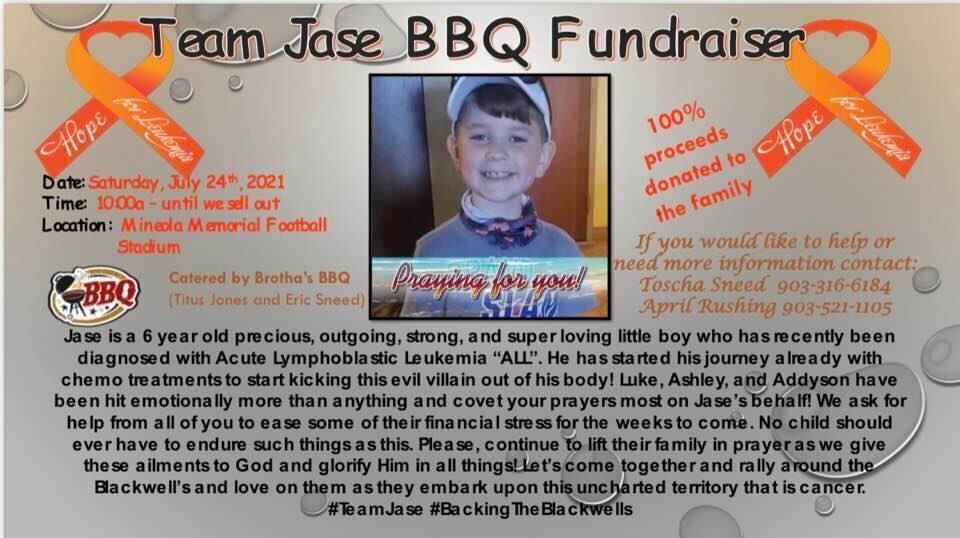 Family and friends, and now the East Texas football fraternity is rallying behind 6-year-old Jase Blackwell who was diagnosed with Acute Lymphoblastic Leukemia (ALL) on Monday.

Jase is the son of Luke and Ashley Blackwell. The news came as a shock to the parents.

“We officially found out Monday,” said Luke Blackwell, who is the athletic director and head football coach at Mineola High School. “We had been in the hospital since Friday. He had been in quite a bit of pain, so we knew something was going on.”

An initial test for juvenile arthritis at Scottish Rite for Children in Dallas came back positive, but Jace's condition worsened.

“With the joint swelling and joint pain, that’s what we thought it was,” Blackwell said. “At the end of the past week, he had real bad joint pain in his knees, so we came back. He was sent to get an MRI to try to put things together. Unfortunately, we had to wait out the weekend up here, thinking it was probably Leukemia, but not knowing what type until we got the test results on Monday.”

When the test results came in, the diagnosis was Acute Lymphoblastic Leukemia (ALL).

“What I would say is there is not anyway to prepare for something like this,” Blackwell said. “We were not prepared. We never knew this was a possibility. We were thinking it was arthritis or a food allergy or something. Even when we came up here Friday, we were not expecting to hear Leukemia. Blood cancer was the first term used. I can’t describe the initial shock and panic.

The Blackwells asked for prayers, but family members put up a GoFundMe page. In less than two days, the page is reaching nearly 50 percent of the goal.

“There’s been a notable difference since he started treatments,” Blackwell said on Thursday morning.

Blackwell said the doctor said there are about 4,000 cases of ALL annually in the country.

According to the University of Kansas Cancer Center, “while Acute Lymphoblastic Leukemia in children is more common than other types of cancer, it has high cure rates. Survival rates are lower in adults, but they are improving. The 5-year relative survival rate for ALL is 68.8 percent. The statistics further break down to 90 percent in children and 30-40 percent in adults.”

“There’s been some really good news in terms of treatment, and the likelihood for a cure is very positive,” Blackwell said. “That’s what we are focused on right now.”

This is the second time the family has been affected by Leukemia this year. Sharon Melvin — Jase’s grandmother, Ashley’s mother and Luke’s mother-in-law — was diagnosed with Acute Myeloid Leukemia (AML) in March.

Blackwell said there has been a tremendous amount of support from friends, family and the community. The family is private and does not do a lot on social media. However, there is an iconic photo of Luke holding their daughter Addyson, kissing Ashley who is holding infant Jace after Mineola won the Texas UIL State Football championship in 2016.

“I am probably a little bit more private in terms of my family life,” Blackwell said. “I don’t put a lot of stuff out there in terms of family. At some point, it started getting out, a lot of people reached out and offered prayers and support. The prayers have been the biggest thing. We can feel the presence of God with us. We’ve had a lot of people reach out. At times like this, that’s been really important.”

Blackwell said he has also received a lot of support from fellow coaches.

“There has been a lot of them reach out,” Blackwell said. “We really are really good friends. People sometimes don’t know that, because a lot of times we are rivals, but we also develop friendships. And we certainly rally around one another when one has difficult situations or challenges in our lives. It’s something unique and special about this profession.”

Blackwell has been the head coach of Mineola since 2017, leading the Yellowjackets to a 11-2 record and the third round of the playoffs in 2020. Blackwell was the defensive coordinator for Mineola when the Yellowjackets won a state championship in 2016. Blackwell is a 1995 graduate of Mineola and earned a degree from the University of Texas at Tyler. He began his coaching career at Coldspring-Oakhurst ISD in 2003 before returning to Mineola in 2008.

A "Team Jase BBQ Fundraiser" will be held at the Meredith Memorial Football Stadium in Mineola on Saturday, July 24 starting at 10 a.m. with 100 percent of the proceeds going to the family.

(For more information on Jase or to help the family, CLICK HERE for the GoFundMe page)