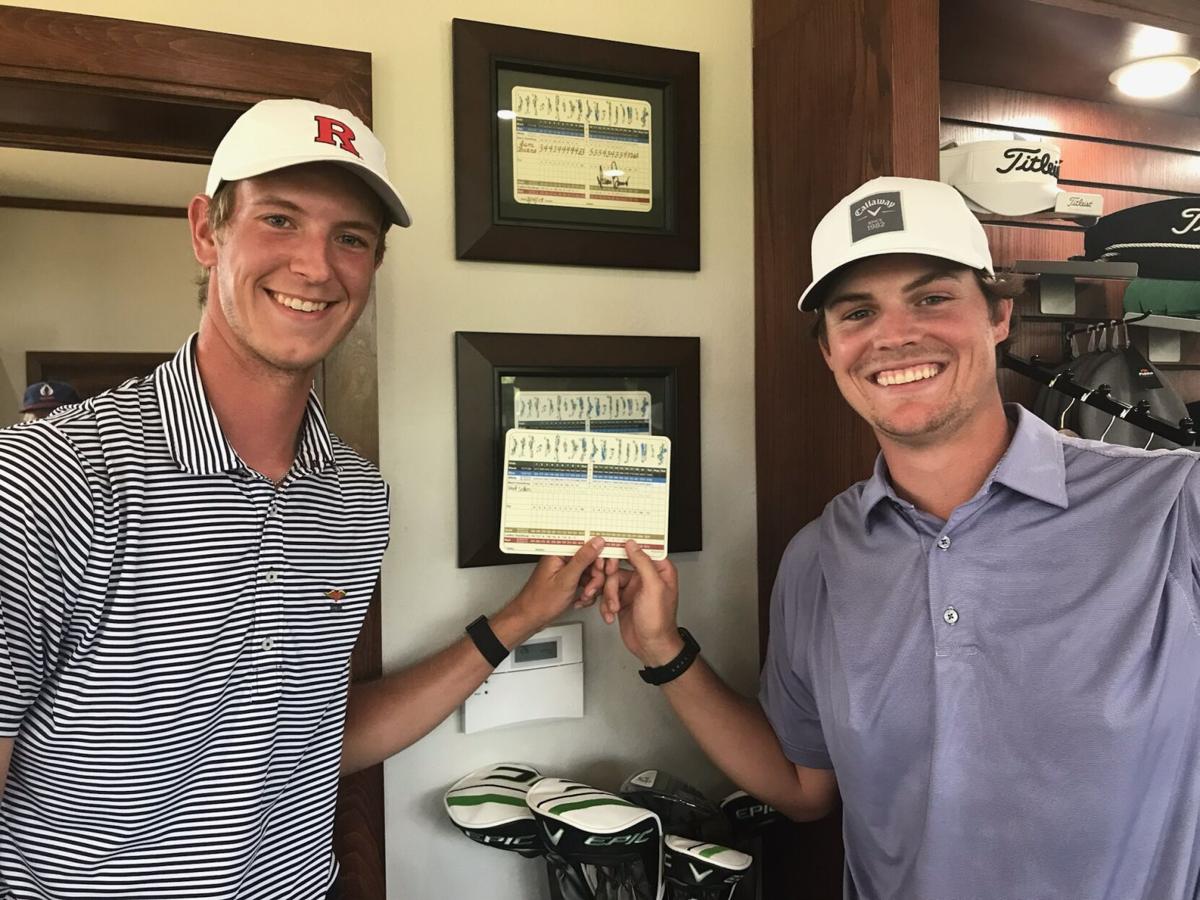 Trinity School of Texas graduate and current Rutgers University golfer Rhett Sellers, left, poses with his caddy, Jared Bragdon and Sellers’ scorecard from the second round of the U.S. Amateur Qualifier tournament Wednesday at Tempest Golf Club in Gladewater. Sellers tied a course record with a 65 and then won the event on the first playoff hole. 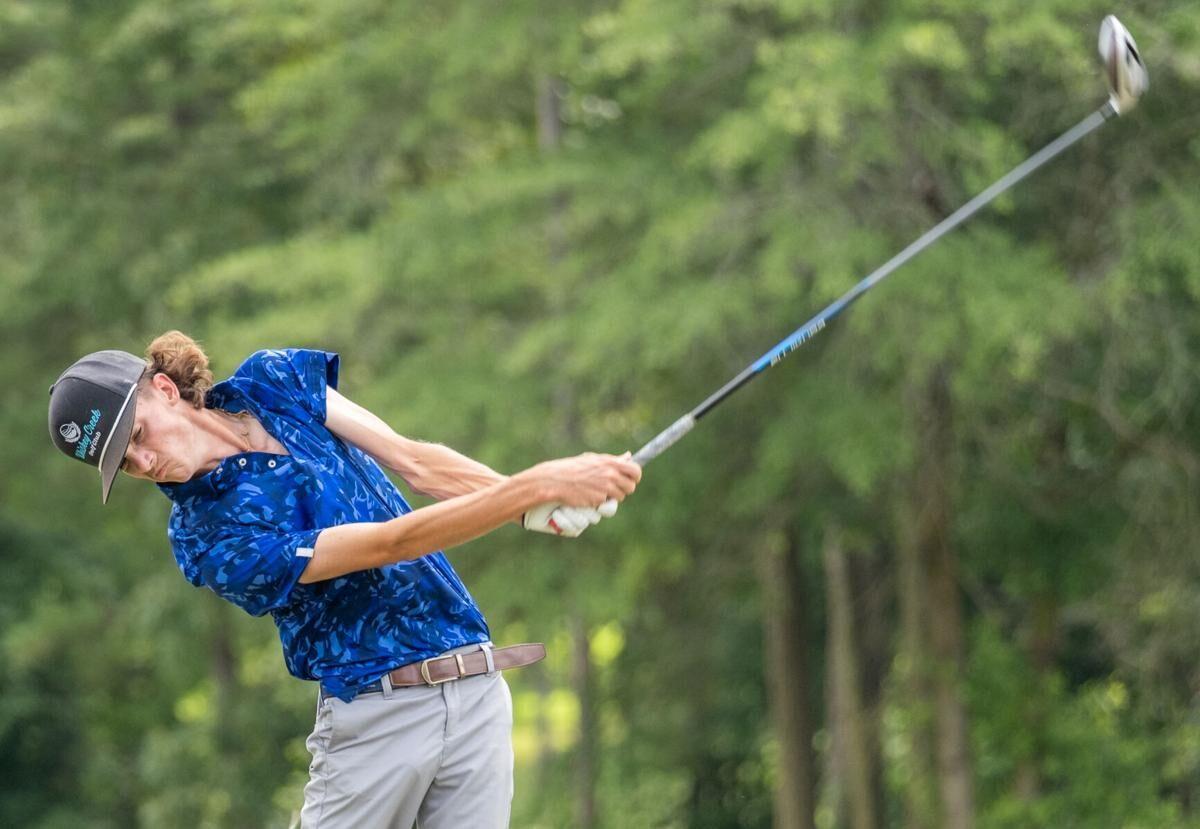 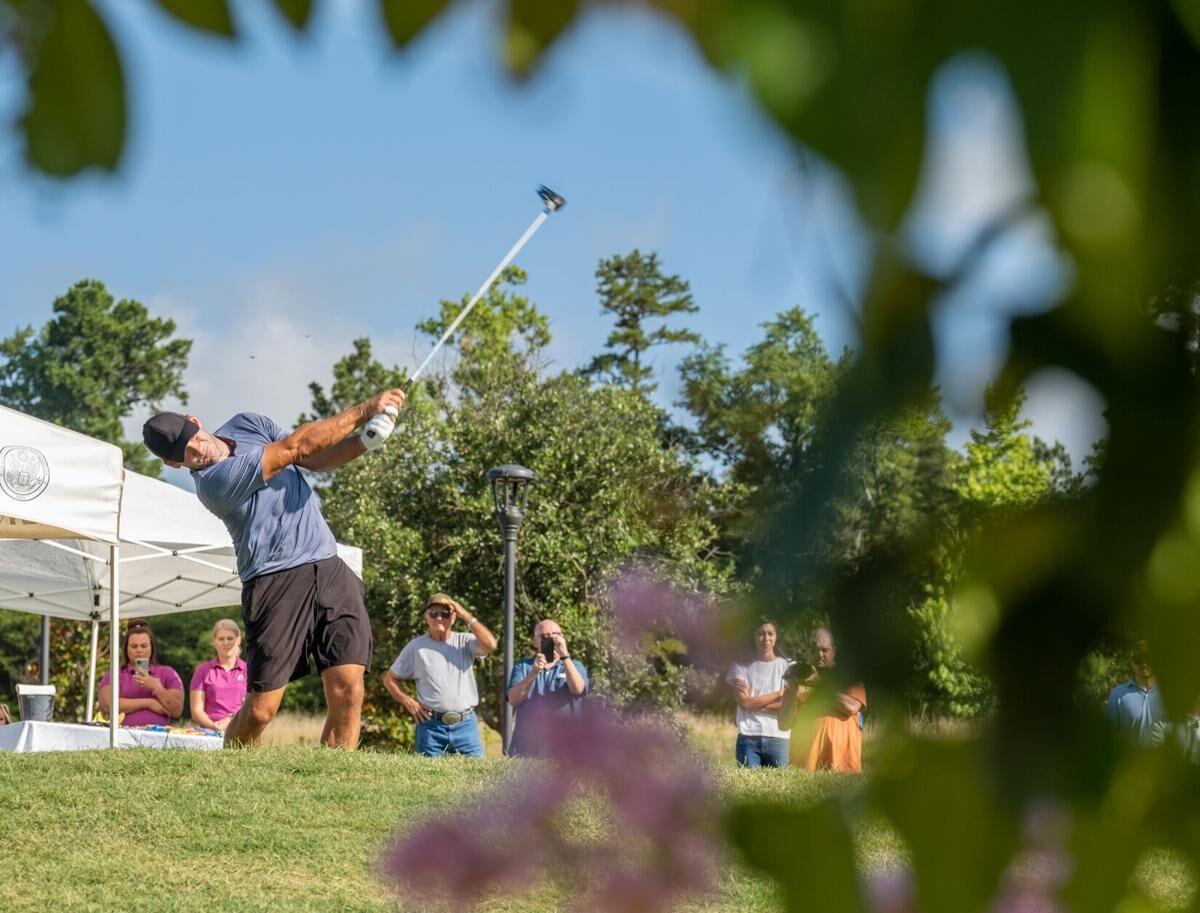 Trinity School of Texas graduate and current Rutgers University golfer Rhett Sellers, left, poses with his caddy, Jared Bragdon and Sellers’ scorecard from the second round of the U.S. Amateur Qualifier tournament Wednesday at Tempest Golf Club in Gladewater. Sellers tied a course record with a 65 and then won the event on the first playoff hole.

He tied the course record from the championship tees and ultimately won a four-golfer playoff with a birdie four on the first playoff hole to advance to the 2021 U.S. Amateur at Oakmont Country Club set for Aug. 9-15 in Oakmont, Pennsylvania.

“It’s pretty cool,” Sellers said of the opportunity to play the U.S. Amateur at Oakmont. “Not many people get to do this, so I’m going to really take it in. It’s unlike any other thing, so I’m real excited.”

“I can’t really believe it,” Sellers said of his record round. “Planning on going out there [and] just having fun. Be aggressive, try not to make as many mistakes as in the first round.”

That set up his playoff win against University of Texas golfer Nick Costello and University of Oklahoma golfers Turner Hosch and Tucker Allen. Sellers drove his tee shot within 240 yards of the first hole and laid up before the water hazard. Then, his shot in the middle of the fairway soared on the green to set up his winning birdie putt.

“I saw the first guy hit it and it stayed up, but I knew it’s a small landing area,” Sellers said of his approach on the playoff hole. “You gotta play safe and that’s been my strategy for the first two rounds and I stuck with it and made birdie.”

“I kinda got a good read off of the first guy,” he said of his winning putt. “I just had a feeling that it was going to go in.”

Prior to that, he shot a solid two-over 74 during his opening round of the day after sharing the 7:20 a.m. tee time with Plano’s Jassem Setayesh and Edmond, Oklahoma’s Jordan Wilson. He had a strong start that included a birdie on hole five to move to one-under and stayed on track with 14 holes ending with pars, but ended the round with bogeys on holes seven, 10 and 15.

He arrived at the Tempest Golf Club at five in the morning and didn’t finish the tournament until eight at night. He doesn’t regret the 14 ½ hour day.

“I was afraid I was going to fall back asleep and I wanted to get out of the house,” Sellers said of the reason behind his early arrival.

“I only live 20 minutes away and I had one of my best friends on the bag, so everything about this day was really fun,” he added.

Costello and Allen will return to the course at 7 a.m. on Thursday to finish the playoff and decide the second qualifier and first alternate after darkness set in on the course. Hosch is second alternate.

About an hour and a half into the second round, former Dallas Cowboys quarterback Tony Romo withdrew from the tournament.

Romo, who was tied for 34th with a 74 after 18 holes, made it through eight holes on the second round before having issues with his back. He said his back made it through fine in a tournament he played this past week in Wisconsin.

“I thought I could make it today,” he said.

Romo tried loosening his back on the course, lying down to stretch it out, but to no avail. Early in the second round, he appeared to have trouble bending down to get his ball.