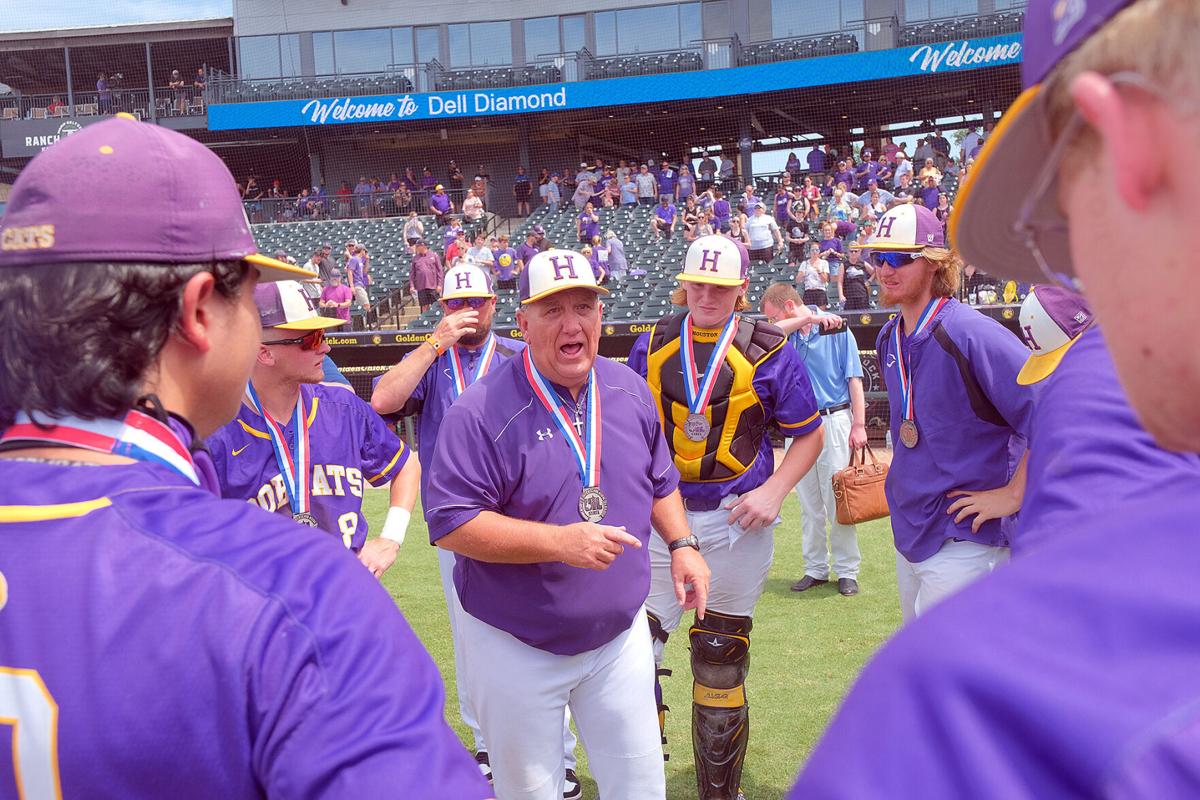 Hallsville coach Scott MItchell talks to his team after Saturday’s 5A state championship loss to the Barbers Hill Eagles in Round Rock. 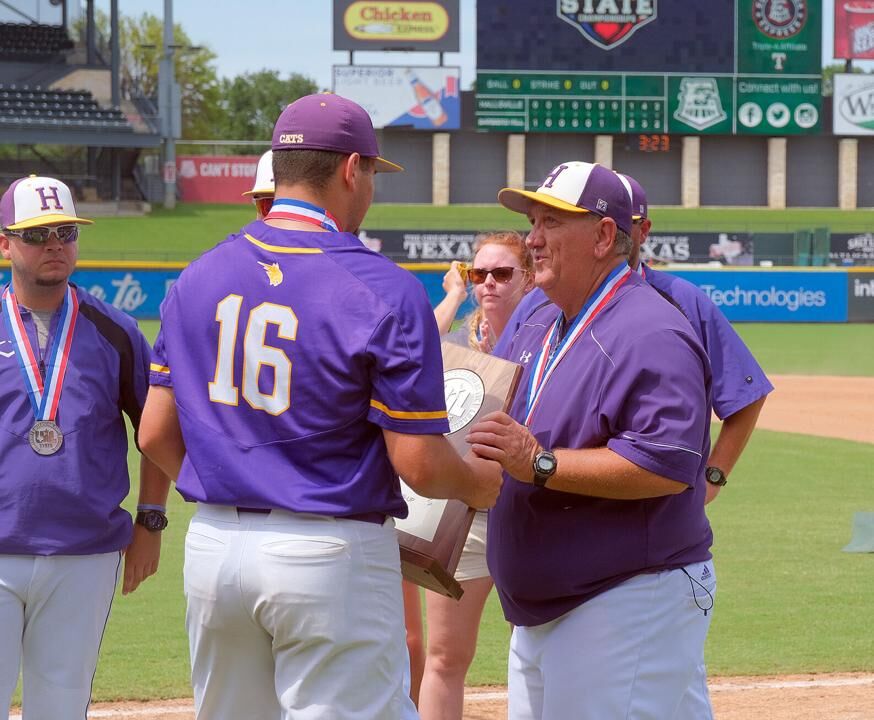 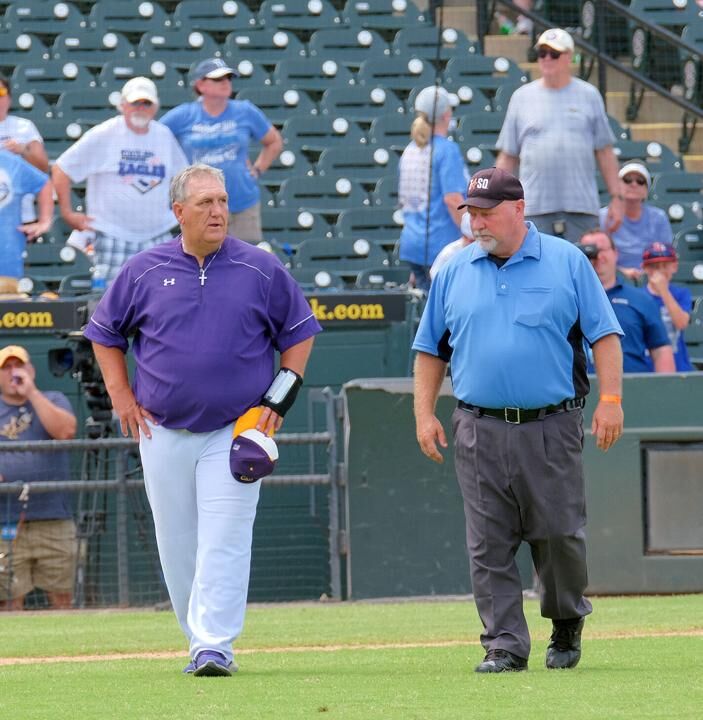 Hallsville coach Scott Mitchell argues a call in the 5A state championship game on Saturday, 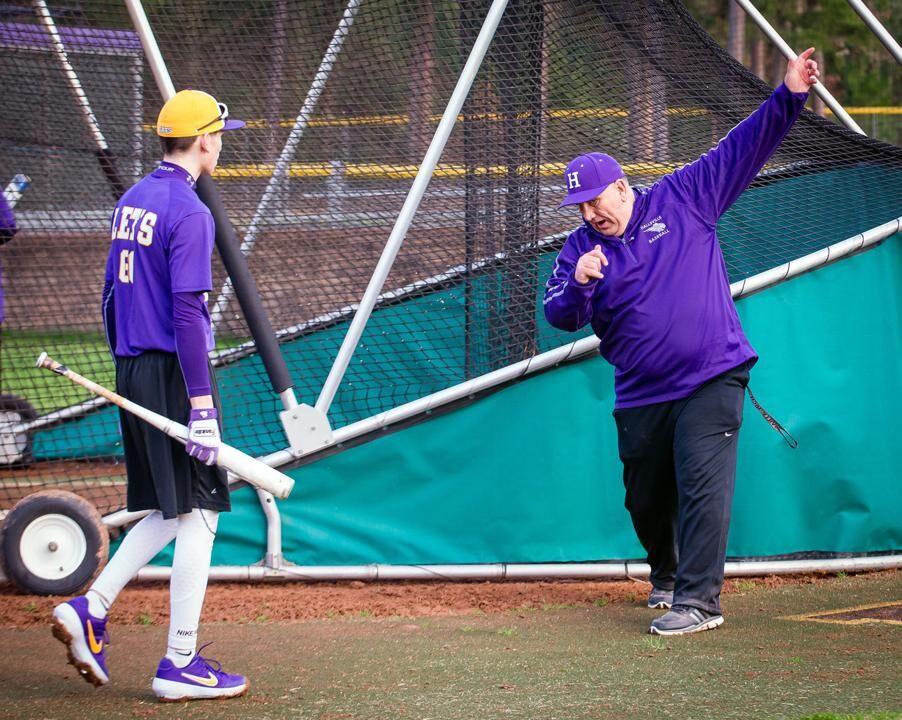 Hallsville coach Scott MItchell talks to his team after Saturday’s 5A state championship loss to the Barbers Hill Eagles in Round Rock.

Hallsville coach Scott Mitchell argues a call in the 5A state championship game on Saturday,

Scott Mitchell won his first game as a head coach, played for a state title in his final game and headed up one of the most successful programs in East Texas during a remarkable 23-year career at Hallsville High School.

On Tuesday, Mitchell announced at Hallsville's annual baseball banquet he is stepping away from the diamond — but not from the school.

Mitchell, who coached baseball teams at Kilgore and Hallsville to more than 500 wins, will teach U.S. History and coach the boys and girls golf teams at Hallsville when the new school year rolls around.

"When the season started, I wasn't real sure it would happen," Mitchell said. "I asked some coaches who had stepped away when they knew it was time, and they just said I would know. ... and I did. This is just the right time for me and my family."

Mitchell graduated from Kilgore High School in 1985 and later spent two seasons there as head baseball coach before moving to Marshall in 1990 and becoming a junior high football coach and varsity assistant baseball coach. Marshall won a state football championship in Mitchell's first season on the staff.

He made the short move to Hallsville in 1995, and became head baseball coach for the Bobcats in 1999.

Under Mitchell, Hallsville won 11 district championships, advanced to the regional quarterfinals four times and made two trips to the University Interscholastic League State Tournament twice — advancing to the Final Four in 2014 and again this season.

The Bobcats defeated Leander Rouse (4-2) in the state semifinals, and then fell to Barbers Hill (2-1) in the Class 5A title game.

Mitchell called the win over Rouse in the state semifinals one of his fondest memories with the Bobcats.

"When we got that third out, knowing what was on the line and realizing that my last game would be in a state championship game. Only a couple of people knew that. It was just amazing."

Mitchell also listed his first win as a head coach, which ironically came at Kilgore's Driller Park where he played his high school baseball, along with his first win at Hallsville and a couple of high-profile playoff games among his favorite memories in the dugout.

"My first game as a head coach came against Jacksonville at Kilgore's Oil Belt Tournament," he said. "Matt Turner was at Jacksonville then, and we won 3-2. My first game at Hallsville was in 1999 against Pleasant Grove at their tournament, and my catcher, Mark Smith, homered on the first pitch of the game. We won 5-1."

Smith called Bobcat baseball games on the radio this season.

Two other games at Driller Park also stood out to Mitchell.

"In 2009, we played Henderson in the third game of a series on a Saturday," Mitchell said. "Having played there and looking up and seeing that place packed was just amazing. I had Trevor Petersen (now the head coach at Spring Hill) pitching against Tyrell Jenkins, and we won 2-1."

Jenkins later pitched in the Major Leagues with the Atlanta Braves.

"In 2014, we played a one-game format against Mount Pleasant at Driller Park, with Michael Kopech (currently with the Chicago White Sox) pitching for Mount Pleasant and Connor Reich pitching for us. I remember Connor saying something about all of the scouts there to see Kopech, and I just told him to throw like I knew he could and those scouts would be talking about him."

Reich struck out 18, and the Bobcats advanced to the regional semifinals with a 5-0 win.

Mitchell said he had opportunities to move to other schools during his career, but Hallsville simply became home to him and his family.

"One of my best friends is Scott Lee (Lee won 511 games and two state titles in 23 seasons at Carthage), and when I had a chance to go to Flower Mound Marcus in 2014, I talked to him about it," Mitchell said. "He asked me why I wanted to leave, and I said it was a bigger program and more money, but he said 'You have one of the top programs in East Texas. The grass isn't always greener on the other side. Continue to fertilize your own.' "

"Hallsville is just a special place. It has a small town atmosphere, even though it's a large school. It's a great place to raise kids, and I'm just an East Texas boy."

Mitchell said walking off the field for the last time on Saturday was tough, but he has nothing but good memories about his career on the diamond for the Bobcats.

"Someone said something about how nice it would have been to leave with a ring, and yes, that would have been nice, but my ring is all of the relationships I've developed over the years with the kids and the coaches," he said. "That's what I'll cherish the most. All of the championships and wins are nice, but it's never been about wins or losses and trophies for me. It's all about building those relationships."

And, when the 2022 high school baseball season rolls around?

"I haven't really thought about that yet," Mitchell said. "I'm sure it'll be tough, but I know the Bobcats will continue that winning tradition and I'll be their No. 1 fan."