You have permission to edit this article.
Edit
Welcome, Guest
Home
Sports
Schools
Stats
The Zone
Columns
Photo Galleries
Pro
Player of the Week
1 of 3 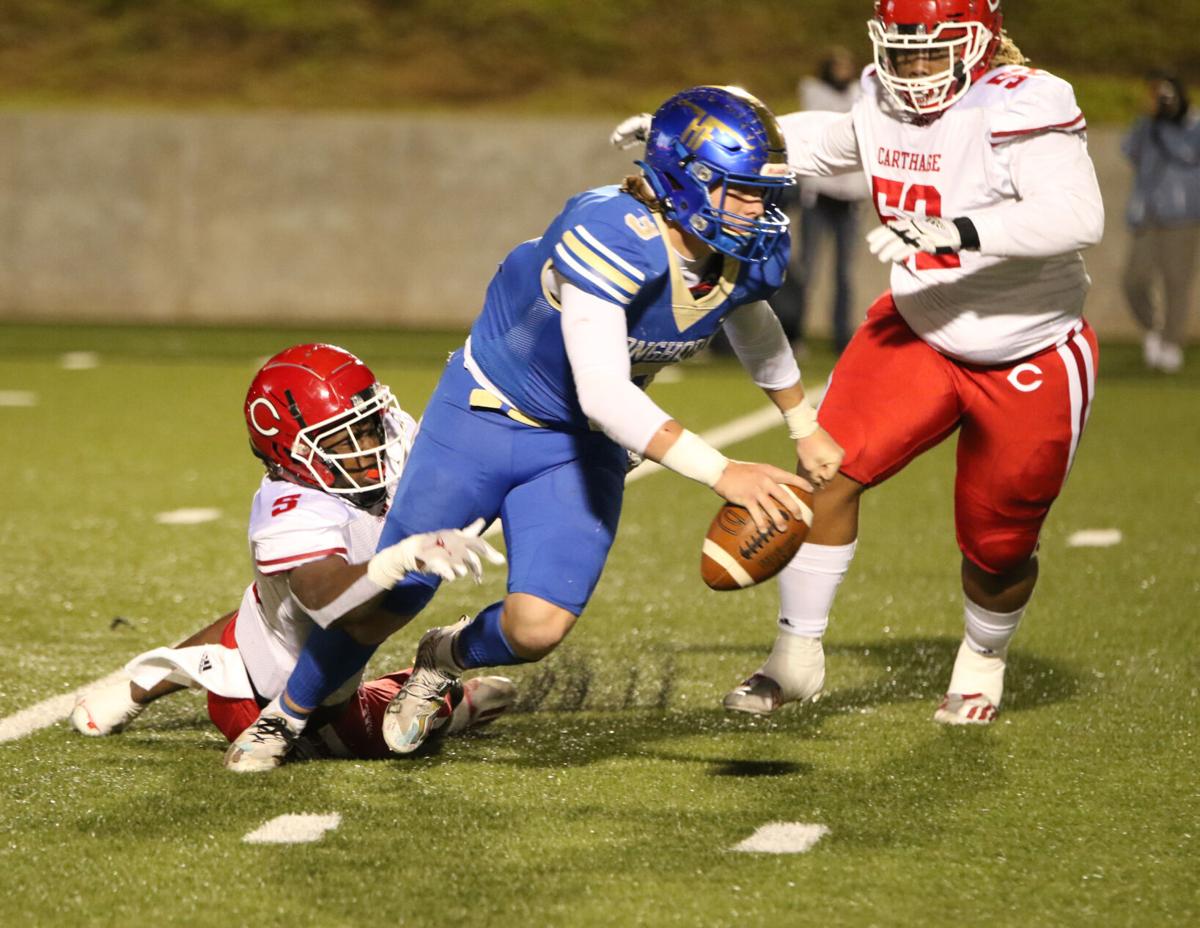 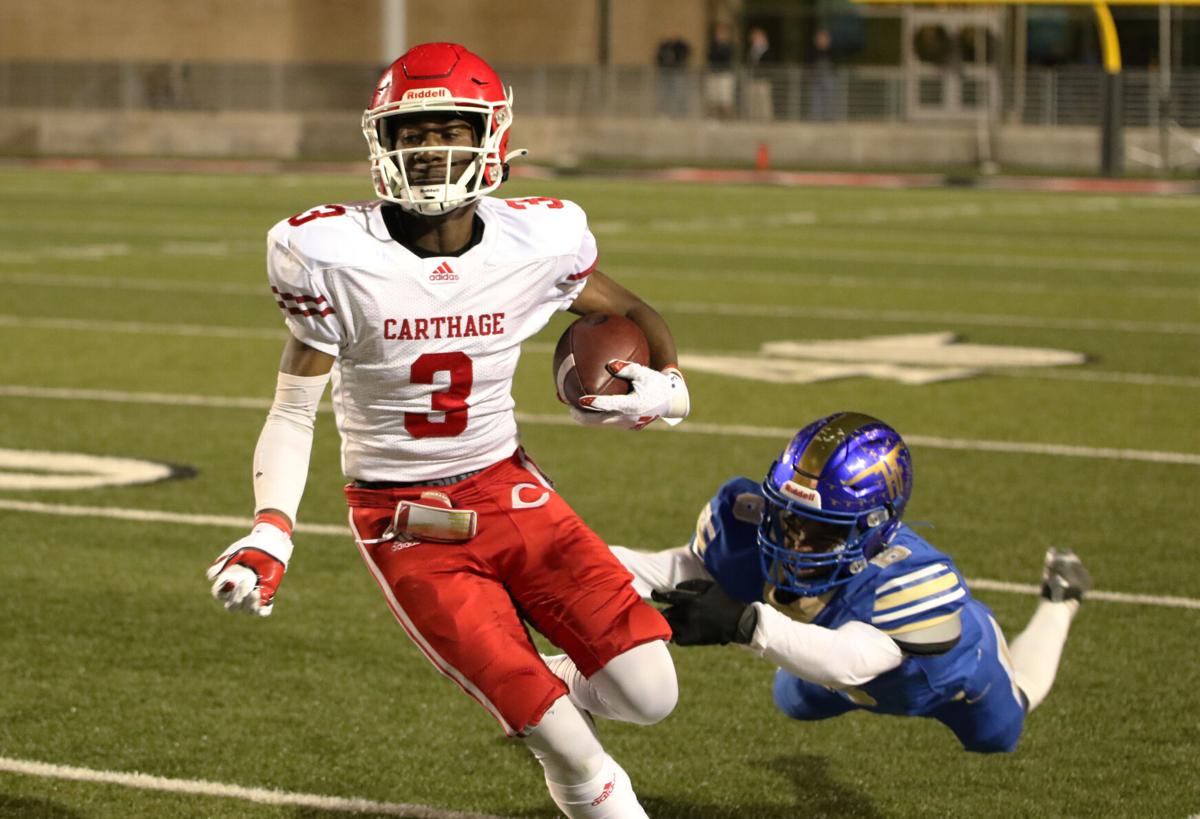 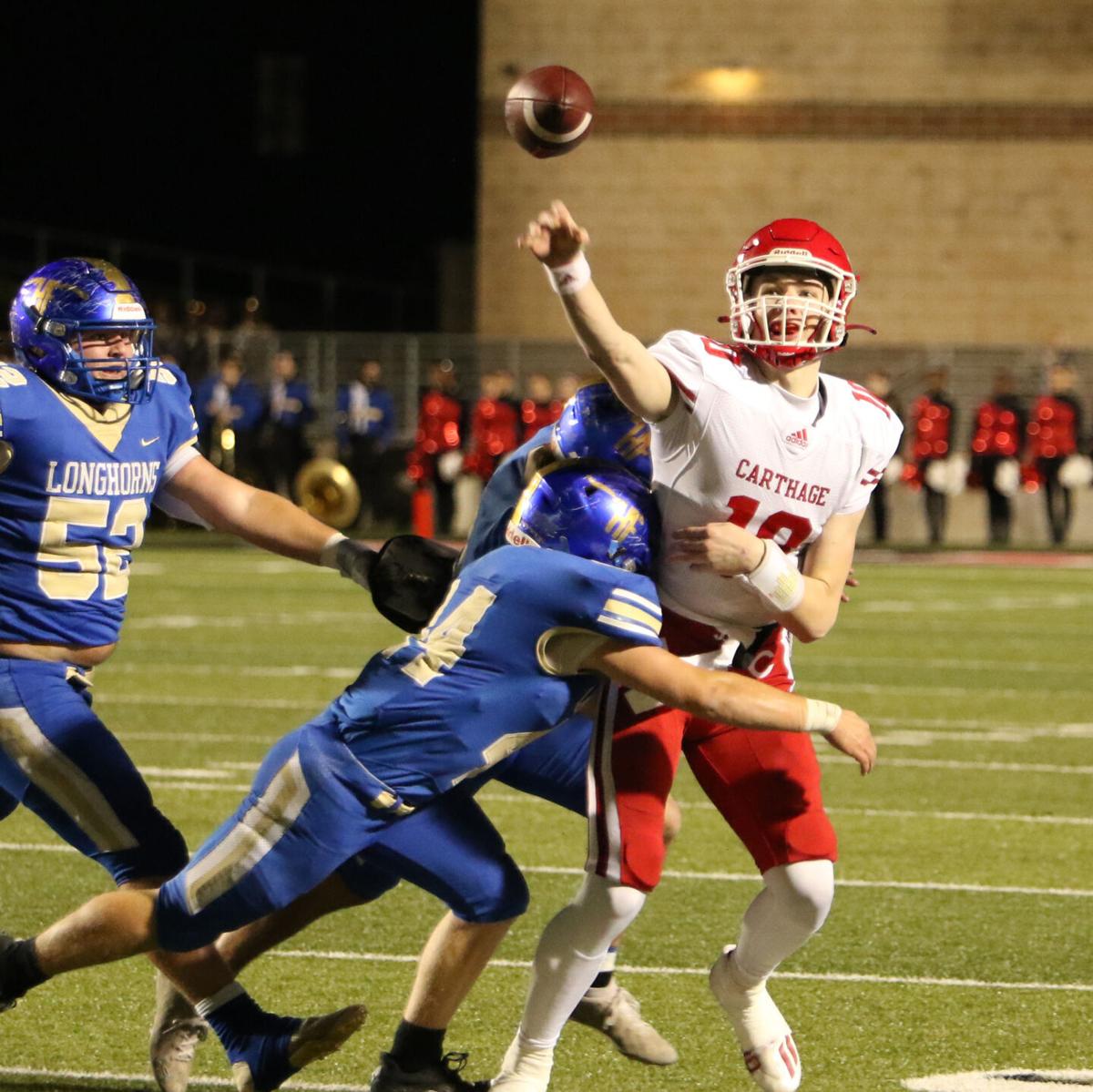 Carthage set the tone early taking the ball to start the game and the Bulldogs went 63 yards on four plays capped by a 34-yard touchdown pass from Cuff to Montrel Hatten.

After forcing a Hamshire-Fannett punt, Carthage responded right back when on a 4-and-1, Cuff attempted a quarterback sneak but busted through the middle of the defense and raced 50 yards to pay dirt.

Hamshire-Fannett (8-4) got their lone score of the first half when quarterback Khegian Heckaman hit Jordan Denson for a 61-yard touchdown pass with 1:39 left in the first half.

The Bulldogs were able to stop the Longhorns on a 4-and-1 from Hamshire-Fannett’s own 31-yard line. Carthage validated the stop with a nine-play drive that was caped by Viencint Cabada one-yard touchdown run that made it 35-7 in favor of the Bulldogs with 5:13 left in the third.

Carthage would tack on one more score when junior Noah Paddie took a jet-sweep handoff and raced 60 yards to pay dirt.

Hatten led the Bulldogs with 61 yards receiving on four catches, Paddie had a 44-yard reception and Braeden Wade had two catches for 31 yards.

Zsema’D Williams led Carthage with 55 yards rushing on nine carries — all of which took place in the first half.

Cuff threw for 219 of his 229 yards in the first half and only attempted three pass attempts in the second half combined.

Defensively the Bulldogs were as stout as ever holding the Longhorns to 11 rushing yards on 31 carries.

Heckaman who came into the game with 1,231 yards rushing and 28 touchdowns, was held to just 18 yards rushing on 19 carries and was sacked twice.

Heckman threw for 159 yards and two touchdowns while completing 10 of his 16 pass attempts.

Je’Kerrick Johnson had a pair of fumble recoveries and Zy’Kerrian Tatum had one as well.

Kip Lewis had one sack while Camden Foster and Johnson combined for Carthage’s other sack.

Carthage — which extended its current Texas consecutive win streak to 41 games — will face the winner of Friday’s game between China Spring and Sealy next week.