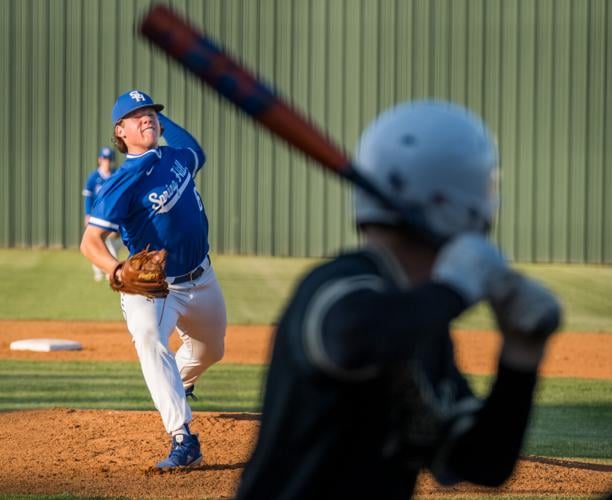 Spring Hill’s Easton Ballard delivers a pitch during a playoff game on May 6 against Pittsburg. 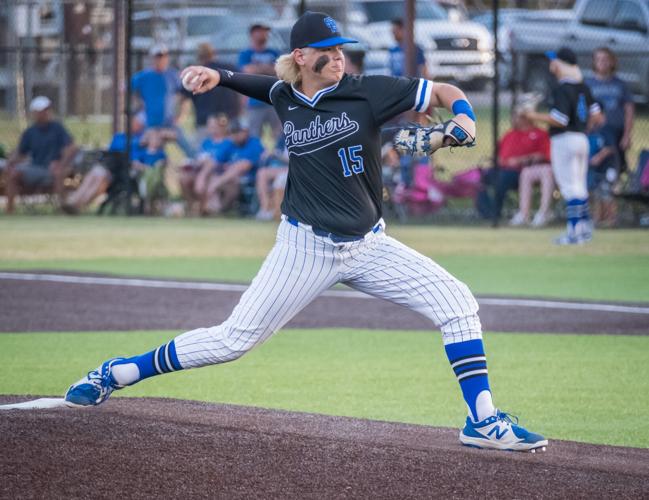 Spring Hill’s Conner Smeltzer delivers a pitch during a playoff game against Kilgore on May 18.

Spring Hill’s Easton Ballard delivers a pitch during a playoff game on May 6 against Pittsburg.

Spring Hill’s Conner Smeltzer delivers a pitch during a playoff game against Kilgore on May 18.

Spring Hill’s baseball program nearly advanced to the Class 4A Region II semifinal in 2021, so its returning players used the disappointment of falling short last year as motivation to reach the stage this spring.

The Panthers were only a win away from the regional semifinal after an 8-0 win over Pleasant Grove in the 2021 regional quarterfinal opener. But, the opportunity slipped away with a game two and game three double-header sweep two days later.

“They told me after that day it wouldn’t happen again,” Spring Hill head baseball coach Trevor Petersen said of his team’s determination after the final two playoff losses last season.

“I can’t be more proud of my boys,” Petersen said of his team reaching its season-long goal. “Going into Melissa, I feel really excited and comfortable with our attitude, and our effort’s going to be there.”

As powerful as motivation can be, Spring Hill also had to find ways to execute on the diamond to advance to its first regional semifinal since 2019. The Panthers have leaned on a balanced attack to produce enough success for a 30-3 season record.

Additionally, the team’s pitching staff has important depth in the form of Brennan Ferguson and Austin Bonner, who currently hold respective season-long records of 3-1 and 2-0.

“A reason why we’ve made it this far is our pitching has been tremendous this year,” said Petersen. “Our pitching staff has thrown strikes, and mixed off-speed in there.”

The offense has also been active this season. To start, it’s been an aggressive group. Marshall Lipsey leads the group with 27 stolen bases, while Jax Stovall and Emory Allen follow with 17 and 12 respectively.

Spring Hill’s bats have also collided with the necessary balls to produce enough runs. Josiah Mackey leads the team with 36 RBIs, and Ballard and Lipsey are right behind with 30 each. Jordan Hodges has produced 17, Ferguson and Stovall have recorded 14, and Ben Puckett currently has 12.

The hitting and RBI trends have also continued in the postseason. Ballard enters this week with an impressive .438 playoff batting average, and Mackey owns a notable .412 average, while Hodges and Puckett hold respective .375 and .286 marks.

“One through nine in the lineup, we’re not afraid to hit the fastball,” said Petersen. “We have a great approach right now.”