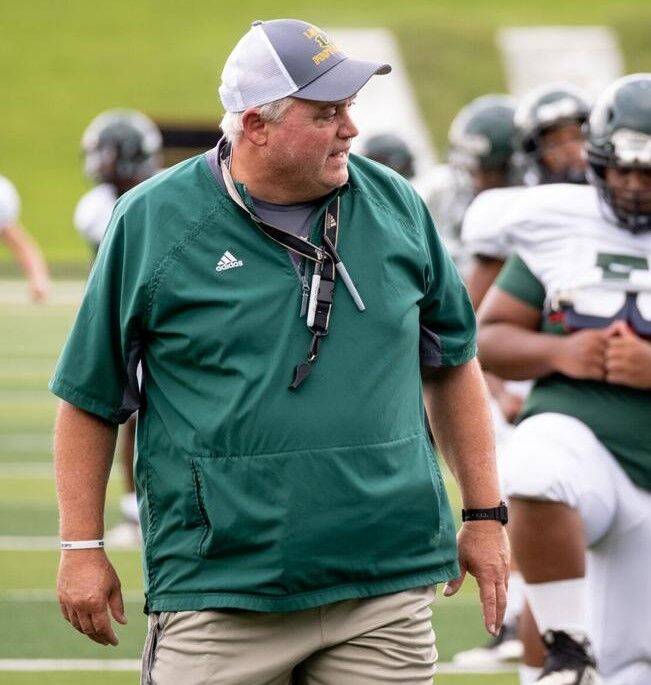 Longview head coach John King and Tyler head coach Ricklan Holmes (right) have been part of the East Texas coaching landscape for several years. Friday, they battle in Longview for playoff seeding in District 7-5A Division I. 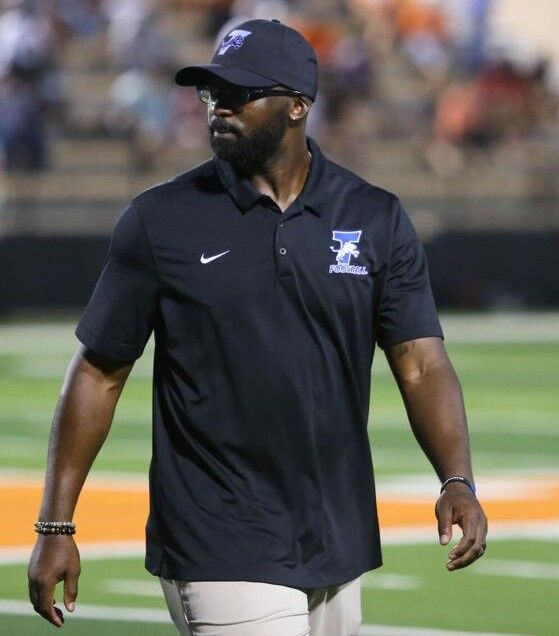 Longview head coach John King and Tyler head coach Ricklan Holmes (right) have been part of the East Texas coaching landscape for several years. Friday, they battle in Longview for playoff seeding in District 7-5A Division I.

Longview suffered a surprising 37-35 loss at McKinney North last Thursday, but still has a lot to play for in Friday’s District 7-5A Division I finale against longtime rival Tyler.

The 98th edition of the storied East Texas series has a scheduled 7:30 p.m. kickoff at Longview’s Lobo Stadium, and has major playoff ramifications for both teams.

“Our focus is this week,” said Longview athletic director and head football coach John King. “We need to play good enough to earn a win. That means you’ve got to go beat a good team, and play well in all facets of the game.”

Longview may have lost last week, but it’s still headed to its 21st consecutive UIL postseason. The biggest question now is what seed it’ll be when next week’s playoff begins.

If the Lobos beat Tyler on Friday, they would enter the postseason as the district’s second seed, and would host the three seed from District 8-5A Division I, which will either be Magnolia or New Caney. A loss, on the other hand, would drop them to the fourth spot and force a trip to the winner of this week’s District 8-5A Division I championship game between College Station and Magnolia West.

The postseason may be a week away, but Longview is focused on this week’s matchup with Tyler. The Lobos want to produce a successful outing, so they can be better prepared for their playoff road ahead.

“It’s a difficult matchup,” King said of this year’s Longview battle with Tyler. “They’re very athletic at all the skill spots. Every spot has somebody who can take it the distance. And defensively, they have a lot of athleticism and are disruptive. And their kick return game is very dangerous.”

The Lobos produced over 100 penalty yards in the two district losses against Highland Park and McKinney North this season, so that’s one of the areas that needs to cleaned up before this week’s game.

“Being able to sustain a practice without starting to have mental errors and mental lapses,” King said of this week’s practices. “Make sure we’re lined up properly defensively, executing calls, and it’s been ball security and pre-snap penalties from an offensive standpoint.”

One positive from the five-point defeat at Highland Park and the two-point loss at McKinney North was Longview players fought until the end. That was evident late in last week’s loss because the Lobos cut a pair of nine-point deficits to two.

“Our kids are going to give a great effort,” said King. “We just got to execute better. We’ve got to stop shooting ourselves in the foot with turnovers, penalties, poor tackling, missed alignments and missed assignments. Our kids played with a lot of pride. Wasn’t our best performance by any stretch of imagination, but they battled throughout the game.”

The coaching matchup is also one to watch in Friday’s rivalry renewal because Longview’s John King and Tyler’s Ricklan Holmes have played a role in the series for decades, and have a unique relationship with each other.

King served as Longview High School’s offensive coordinator from 2000 until he was named the school’s athletic director and head football coach in 2004.

On the Tyler High side, Holmes has served as the school’s campus athletic coordinator and head football coach since 2012 after holding the junior varsity head coach and secondary coach roles for five years, and playing for the football team in the 1990’s when the school was known as John Tyler High.

“Ricklan and I have a great relationship as I do with all the coaches in East Texas,” said King. “I think that’s a common theme that you’ll find in East Texas. Respect everybody else, but you want to get after the tail pretty good on any given Friday night.”

“Ricklan’s an East Texas guy,” he continued. “He made a name for himself in the coaching ranks. When he was a new head coach, he and I would talk about different things and bounce ideas off one another. We became good friends.”

That relationship has even led to both coaches serving as THSCA Board of Directors.

“We serve on the THSCA Board of Directors together,” said King, who is the current THSCA President. “Matter of fact, I nominated him for the position. I felt like he was deserving, and the Region 6 coaches felt the same way.”