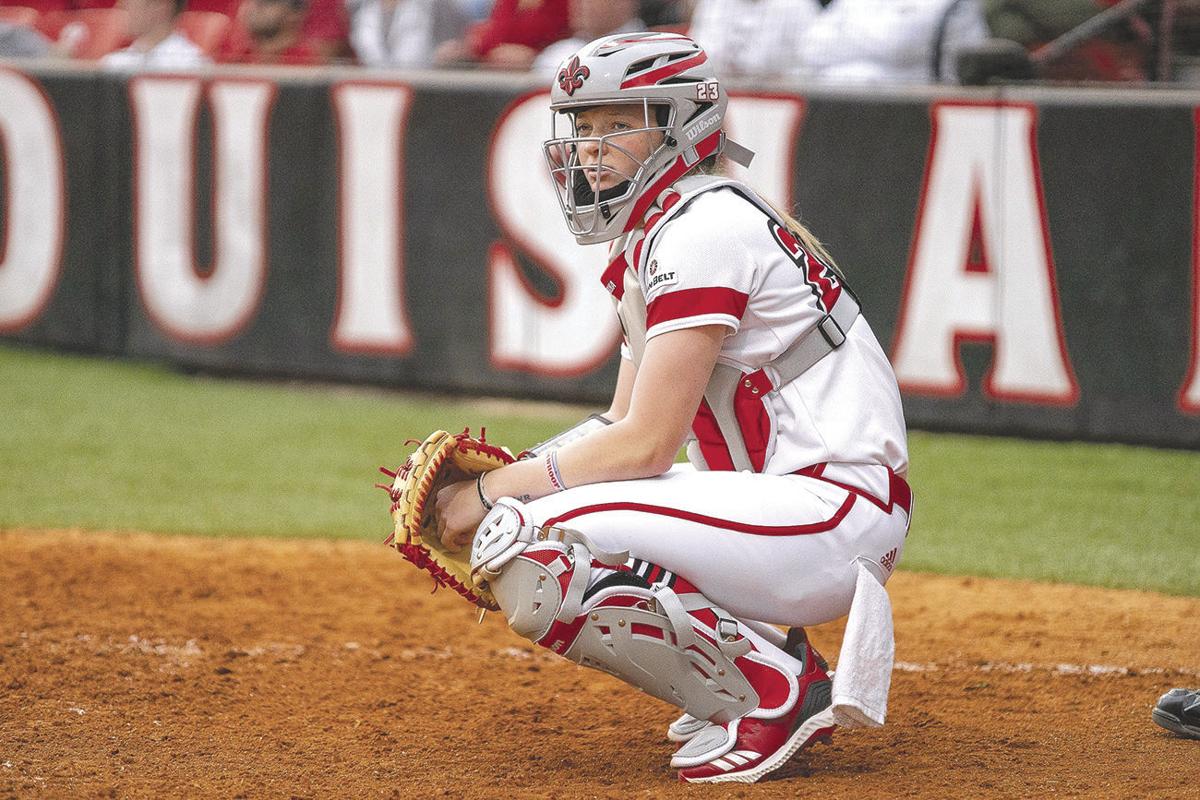 University of Louisiana catcher Julie Rawls looks to her coaches in the dugout before a pitch during a Feb. 11, 2020 game. 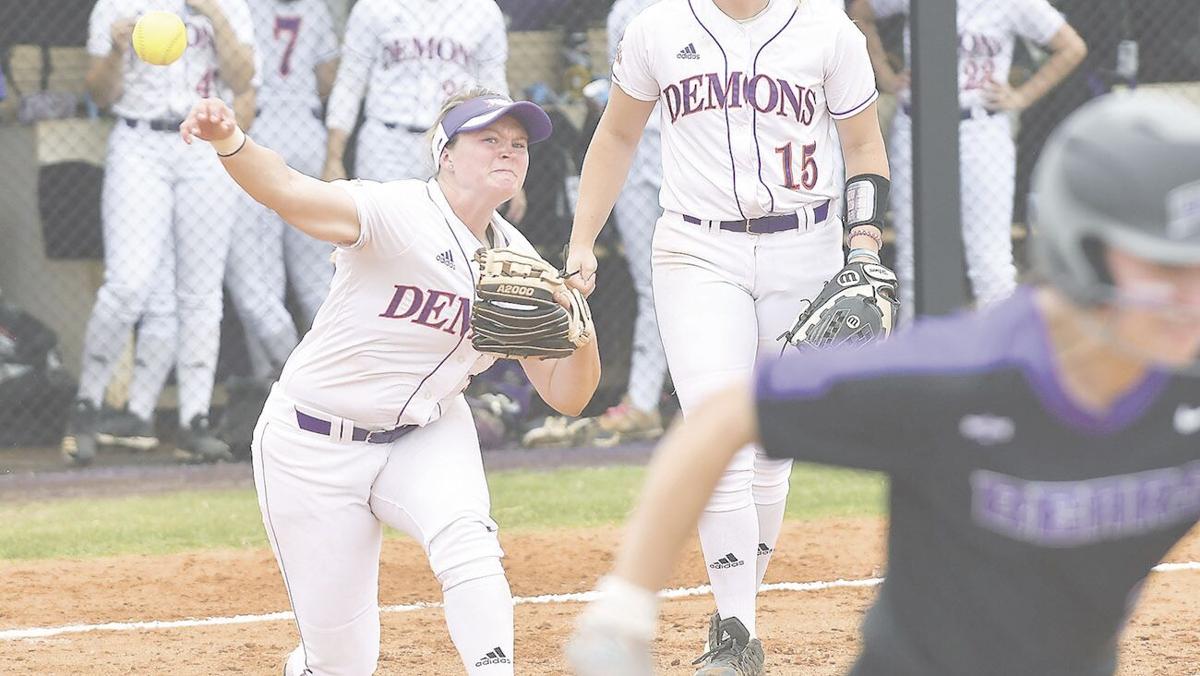 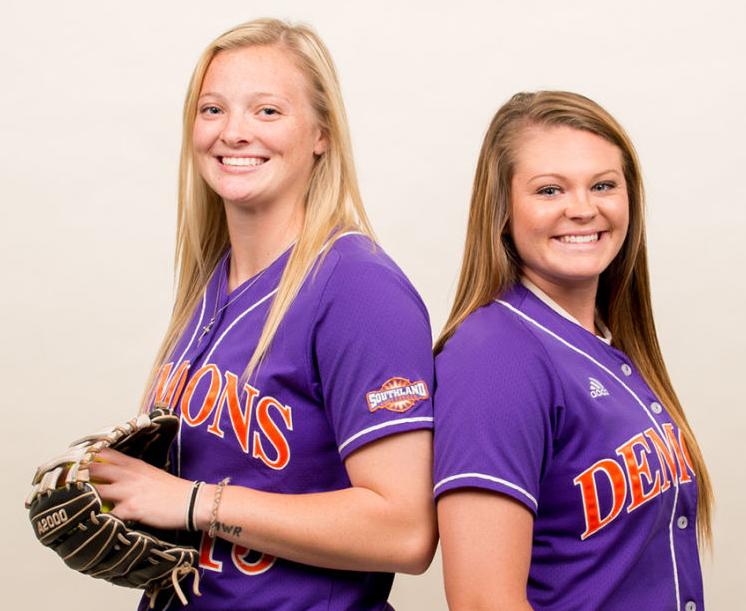 University of Louisiana catcher Julie Rawls looks to her coaches in the dugout before a pitch during a Feb. 11, 2020 game.

Julie Rawls and Emma Hawthorne are finished with their softball playing careers, and both are ready to move on to the next chapters of their lives – one as a lawyer and the other as a teacher and coach.

Before that happens, they want to make sure the future of the game they love is in good hands.

To that end, Rawls and Hawthorne – former teammates at Hallsville High School and for a couple of college seasons – will host a two-day softball camp next week for girls ages 6-17.

“We both just love the game so much and want to give back,” said Hawthorne, who spent her entire college career at Northwestern State University in Natchitoches, Louisiana. “We want to pass along what we know and help them learn and grow so one day they might get a chance to play college softball.”

Rawls, who played for two seasons at Northwestern State before finishing her career at the University of Louisiana (Lafayette) wants to give East Texas players an opportunity that was hard to find when she was their age.

“I had to go way off to the Dallas area to get this kind of camp,” she said. “We just wanted to give kids in East Texas a chance they usually don’t get unless they go to the Metroplex. We were able to play at the highest level, and we want to give the kids here the advantage of knowing what it takes to get there.”

The camp is set for July 7-8 at Ladycat Field in Hallsville. Campers 10-under will work from 9 a.m.-noon, with 12-older campers hitting the field from 1-4 p.m. each day.

Cost for the camp is $60 (total cost for both days). Walk ups are welcome, but campers are urged to pre-register at: https://forms.gle/4yxhfMGhZWePusXQ9.

Basic fundamentals of catching, throwing, pitching and hitting will be taught, but for Rawls and Hawthorne, the game also teaches life lessons they hope to convey to the campers.

“I want them to learn respect for the game and how that translates into life now and later,” Rawls said. “I just want them to get in the right mindset and know how to treat people.”

Hawthorne said the game teaches that a loss doesn’t have to become a losing streak and a bad break doesn’t always signal failure.

“In baseball, if you go 3-for-10, that’s a .300 average and you can be a Hall of Famer,” Hawthorne said. “You don’t have to get a hit every at bat to be considered successful, and just because you fail once, it doesn’t have to be a major setback. A lot of these kids only see the immediate results. Just keep going and don’t let one failure keep you down.”

Both players had more than their share of success at the high school and college level.

Rawls was the Class 5A Player of the Year at Hallsville as well as being a three-time all-state selection, a two-time district MVP and a three-time All East Texas selection. She hit .491 as a senior with nine home runs, 38 RBI and 41 stolen bases.

She played two seasons at Northwestern State, appearing in 43 games and starting 31 in the outfield as a freshman and hitting 10 home runs and driving in 36 runs as a sophomore.

Rawls transferred to the University of Louisiana and became the team’s primary catcher. She hit 10 home runs and drove in a team-leading 49 runs in her first season at the school. In a COVID-19 shortened season in 2020, she started all 24 games, led the team with five home runs and added 18 RBI before finishing her career this past spring by hitting .273 with nine home runs and 52 RBI.

Hawthorne helped Hallsville average 33 wins per season during her high school career, never hitting below .376 and posting averages of .405 as a freshman, .376 as a sophomore, .429 as a junior and .539 as a senior. She hit seven home runs, drove in 45 runs and swiped 30 stolen bases as a senior Ladycat.

At Northwestern State, she was the team’s primary catcher as a freshman, hitting .239 with four home runs and 18 RBI. She belted five home runs and drove in 33 as a sophomore and hit .267 with two home runs and 16 RBI as a junior. She made 16 starts during the shortened 2020 season, driving in three runs, and this past season she played in 44 games, started 43 and had four doubles and six RBI.

Rawls will spend the summer giving lessons, and at the end of August she’ll move to Fredericksburg for a job – taking a year off from school to earn money and save up to attend law school later.

Hawthorne is currently coaching a 12-under first-year Sneaky Cleats travel team in Natchitoches, and when the new school year arrives she’ll be assistant softball coach while also teaching Louisiana History and physical education at St. Mary’s Catholic School in Natchitoches.