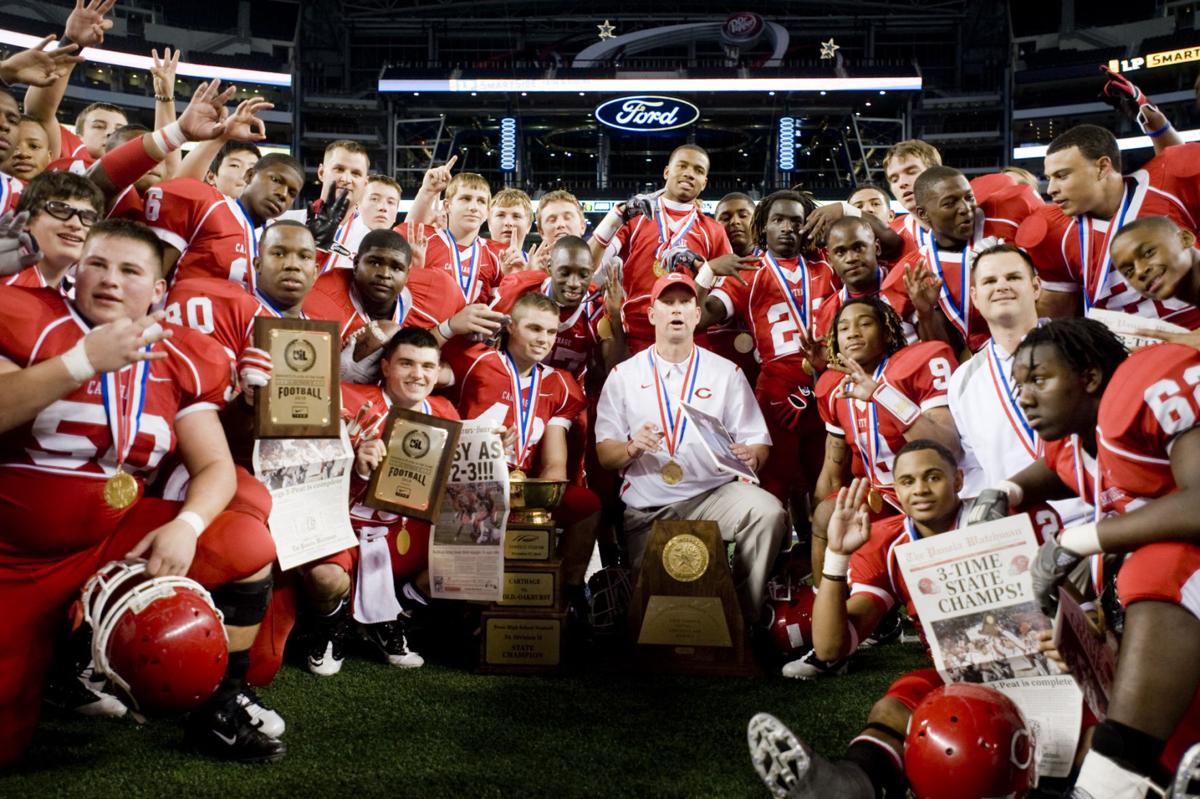 Carthage celebrates their third state championship win in a row, on Friday December 17, 2010, after their game with Coldspeing-Oakhurst at Cowboys Stadium in Aarlington. (Michael Cavazos/News-Journal Photo) 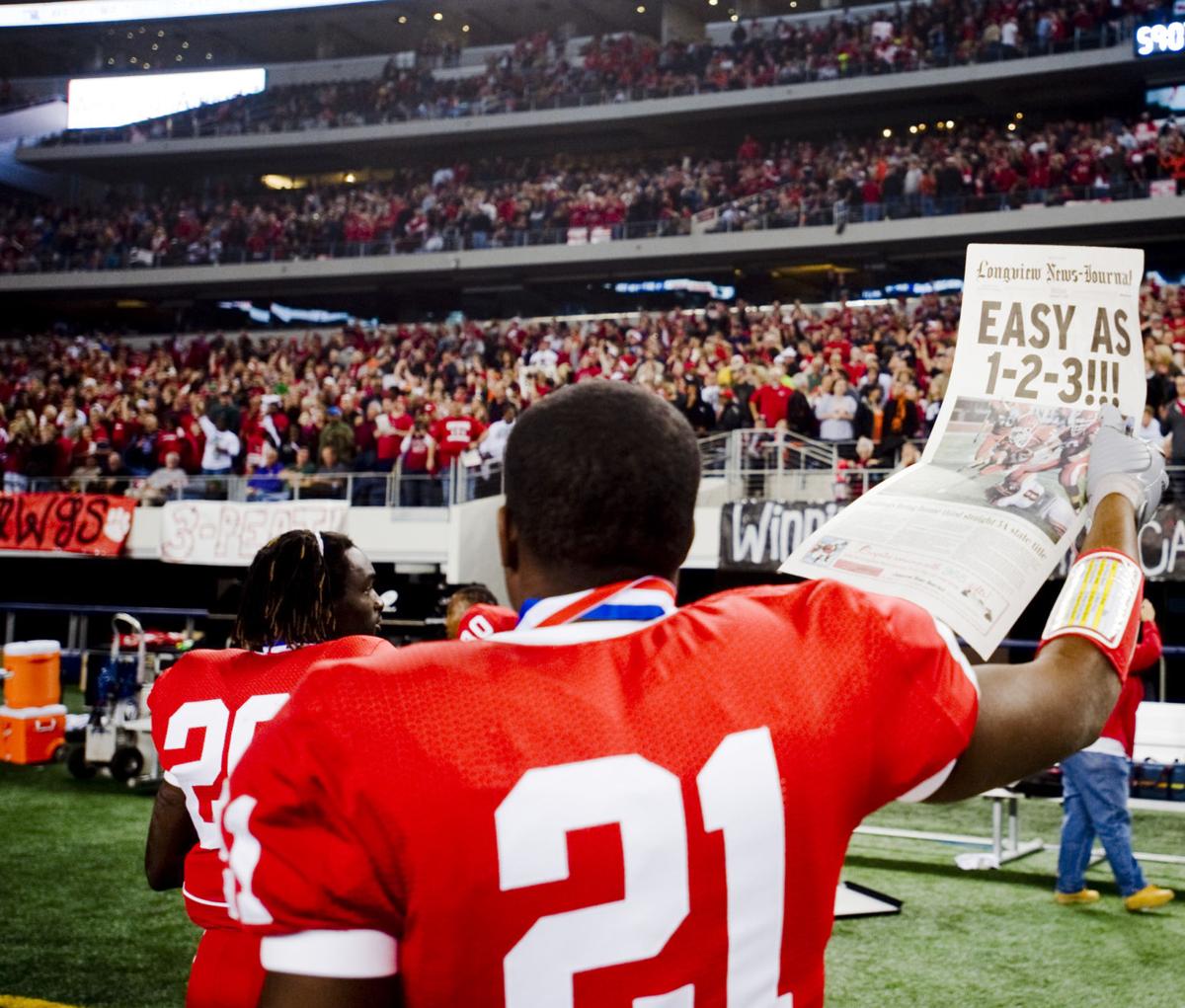 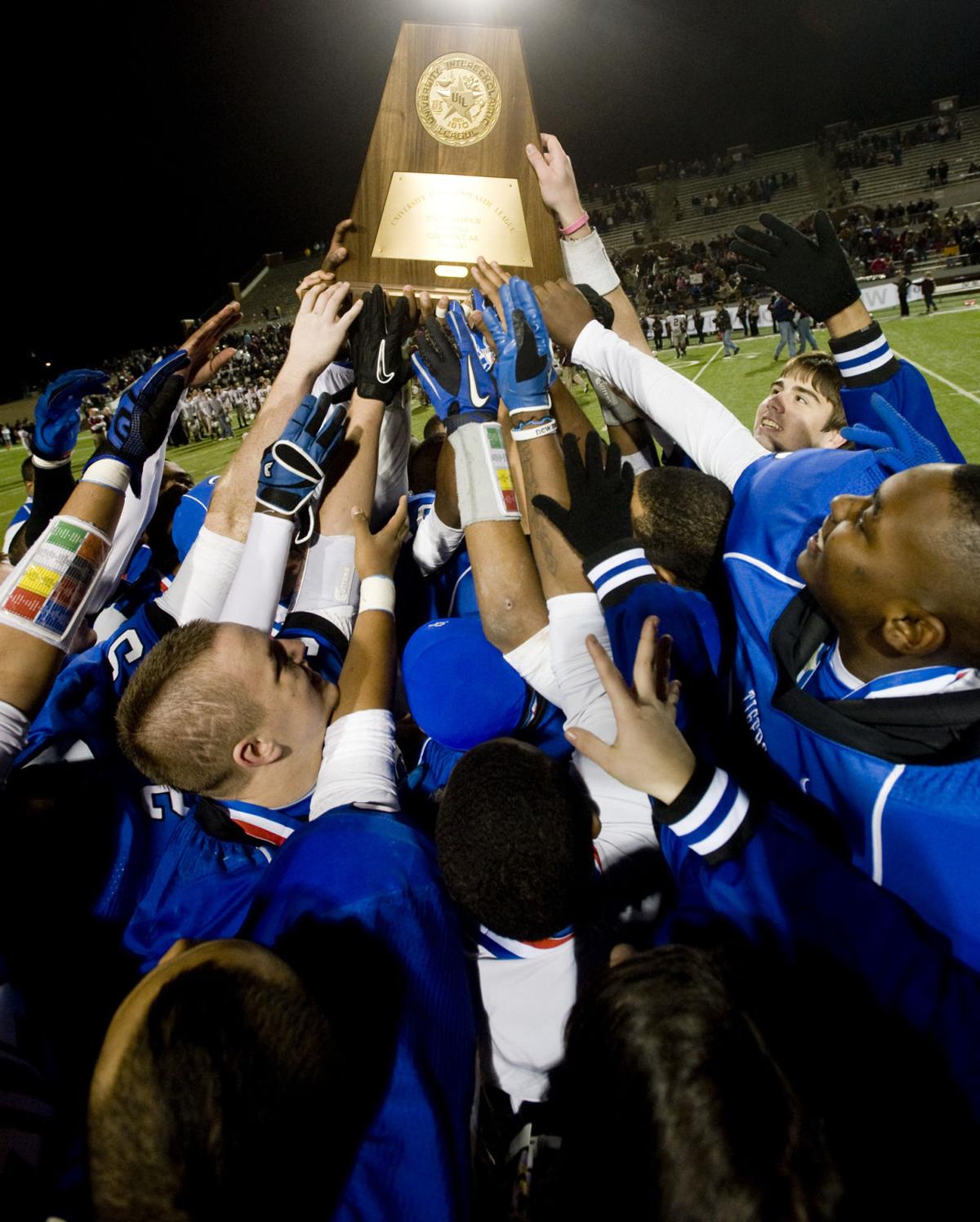 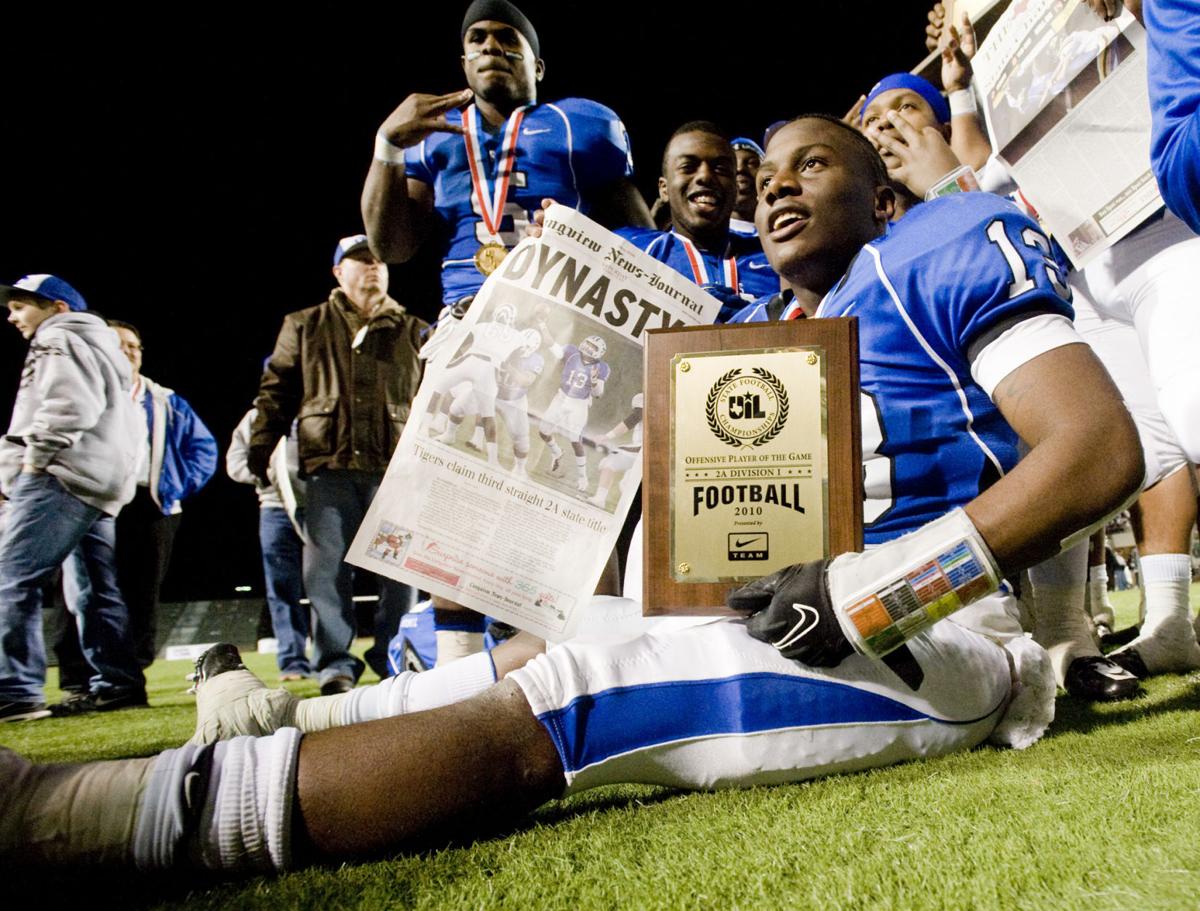 Carthage celebrates their third state championship win in a row, on Friday December 17, 2010, after their game with Coldspeing-Oakhurst at Cowboys Stadium in Aarlington. (Michael Cavazos/News-Journal Photo)

■ Editor’s note: This is the first in a 10-part series looking back at the top stories of the decade in the Longview News-Journal’s coverage area.

The decade began much like it ended, with Carthage earning a state championship in football.

Carthage rolled to a 47-22 win over Coldspring-Oakhurst in the Class 3A Division II state championship game on Dec. 17, 2010 in Arlington. One night later in Mansfield, Daingerfield captured the Class 2A Division I championship with a 33-27 win over Cameron Yoe.

Two East Texas teams winning state titles in the same season might have been enough to earn “top story” status, but there was something extra special about what the Bulldogs and Tigers accomplished.

For both teams, the 2010 championships were three-peats, and at the time, the Bulldogs and Tigers became the 11th and 12th public school, 11-man football programs to win three straight titles — and the first in East Texas since Big Sandy captured three in a row from 1973 to 1975.

The remaining top stories of the year included:

■ 5. Tommy Aldridge leaves Longview, lands in Union Grove. Aldridge retired after 32 seasons in Longview, but was quickly back on the job when he was hired at Union Grove. He compiled a 908-150 record in 32 seasons at Longview, never had a losing record, made the playoffs 30 times, won 25 district titles, advanced to the state tournament three times and won the Class 5A title in 1984.

■ 6. Former Lobo Williams selected fourth in NFL draft. Trent Williams, a 2006 Longview graduate who became a standout at the University of Oklahoma, was drafted fourth overall in the 2010 NFL draft by the Washington Redskins. Williams has become one of the top offensive linemen in the NFL, and was recently traded by the Redskins to the San Francisco 49ers.

■ 7. Daingerfield captures state track and field crown. Daingerfield finished with 72 points, holding off New Waverly (61) to win the 2A state title at the UIL State Track and Field Meet in Austin. Louis Hedgeman was responsible for 24 points for the Tigers, winning the triple jump and high jump.

■ 8. No new football stadium for Pine Tree. A $19.9 million bond was voted down by a 1,101 to 1,085 martin in may. Approximately $15 million of that bond would have gone toward a new athletic facility to replace the then-70-year-old Pine Tree Stadium. Three years later, a new stadium was built for the Pirates.

■ 9. Carthage’s Kaylee Davis records 1,000 strikeouts, and then some. On April 13 in Diboll, Davis struck out Danielle Lakey for the 1,000th punchout of her career as part of a 10-1 win. Davis helped Carthage advance to the Class 3A Region III semifinals, and eventually finished her career with 1,142 strikeouts — including 398 as a senior in 2010.

■ 10. White Oak baseball team makes it back to state. The Roughnecks edged New Waverly, 3-2, in eight innings in the Region III finals in June to earn a return trip to the UIL State Baseball Tournament. The Roughnecks, who also made the trip in 2009, fell to Rogers (7-4) in the state semifinals.