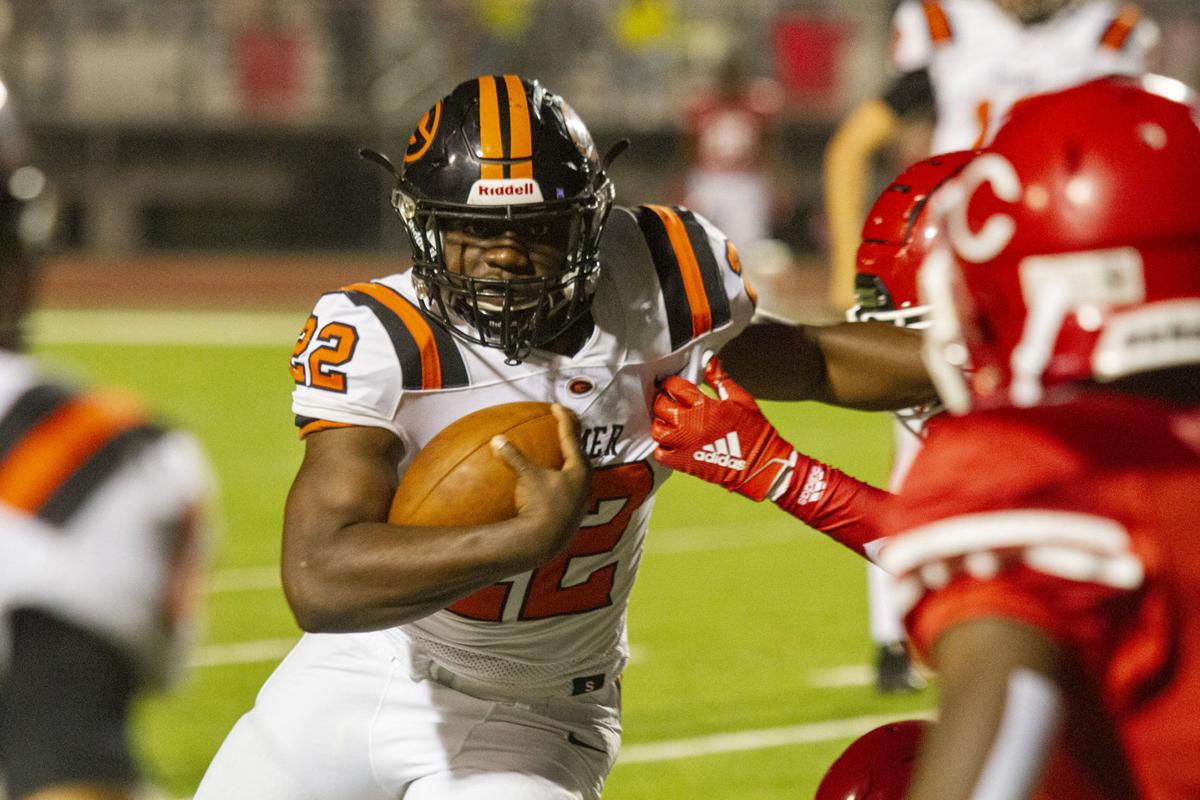 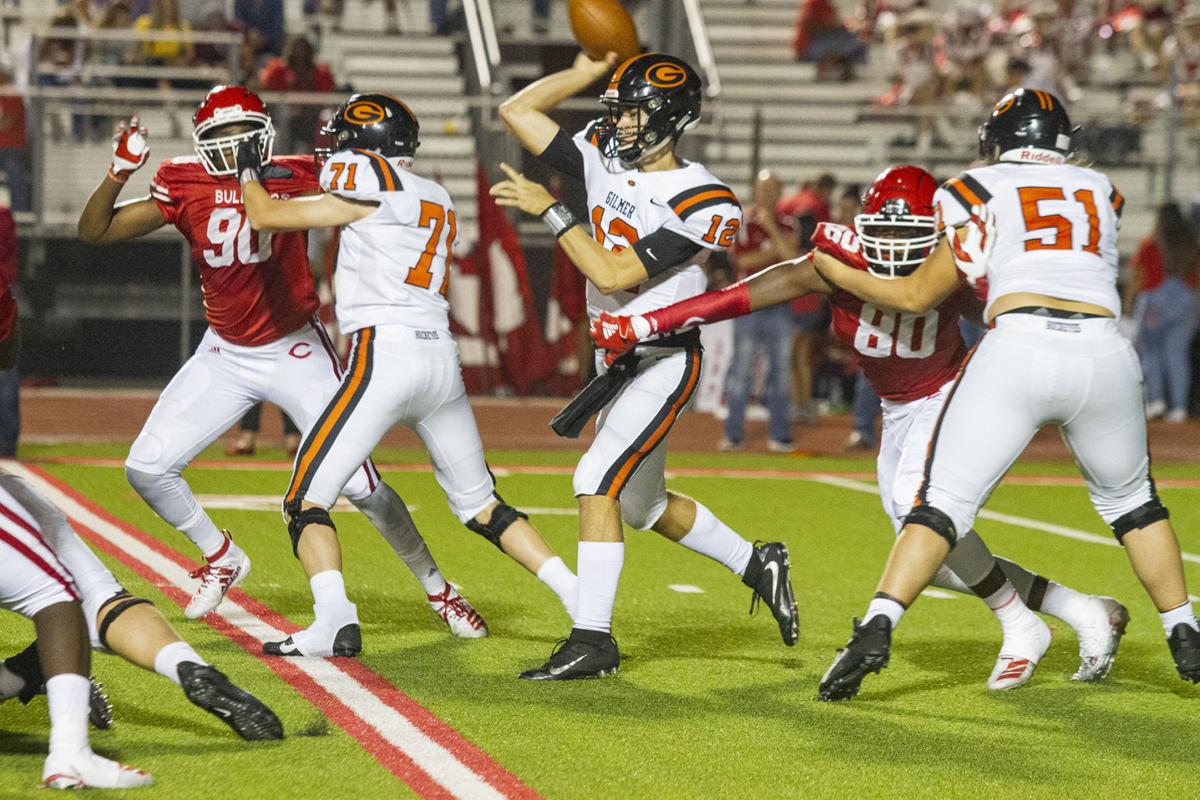 Gilmer quaterback #12 M. Hunt throws to a waiting reciver as the Carthage defense trys to stop him during the game on Friday, Septermber 20, 2019 at Bulldog Stadium in Carthage. (Courtney Case/News-Journal Photo)

Gilmer quaterback #12 M. Hunt throws to a waiting reciver as the Carthage defense trys to stop him during the game on Friday, Septermber 20, 2019 at Bulldog Stadium in Carthage. (Courtney Case/News-Journal Photo)

Up next: Gilmer at Bullard; Legacy School of Science at Newton

Did you know: Gilmer’s first four opponents have a combined record of 12-4 … Newton’s first three opponents have a combined record of 3-6 … Johnston is the son of former Eagle coach W.T. Johnston, who took the Eagles to three state title games and won back-to-back state championships in 2017 and 2018. W.T. Johnston retired following the 2018 season due to health reasons, and he died back in May … Newton has won 33 straight games … Newton won last year’s meeting against the Buckeyes, falling behind 15-7 and then scoring 30 unanswered points to take control of the contest

Twitter-sized preview: No one can accuse the Buckeyes of playing a soft schedule. After facing Class 4A DI No. 5 ranked Paris and Class 4A DI No. 2 ranked Carthage in back-to-back weeks, the Buckeyes continue their meat grinder of a schedule against Class 3A DII No. 1 ranked Newton tonight.