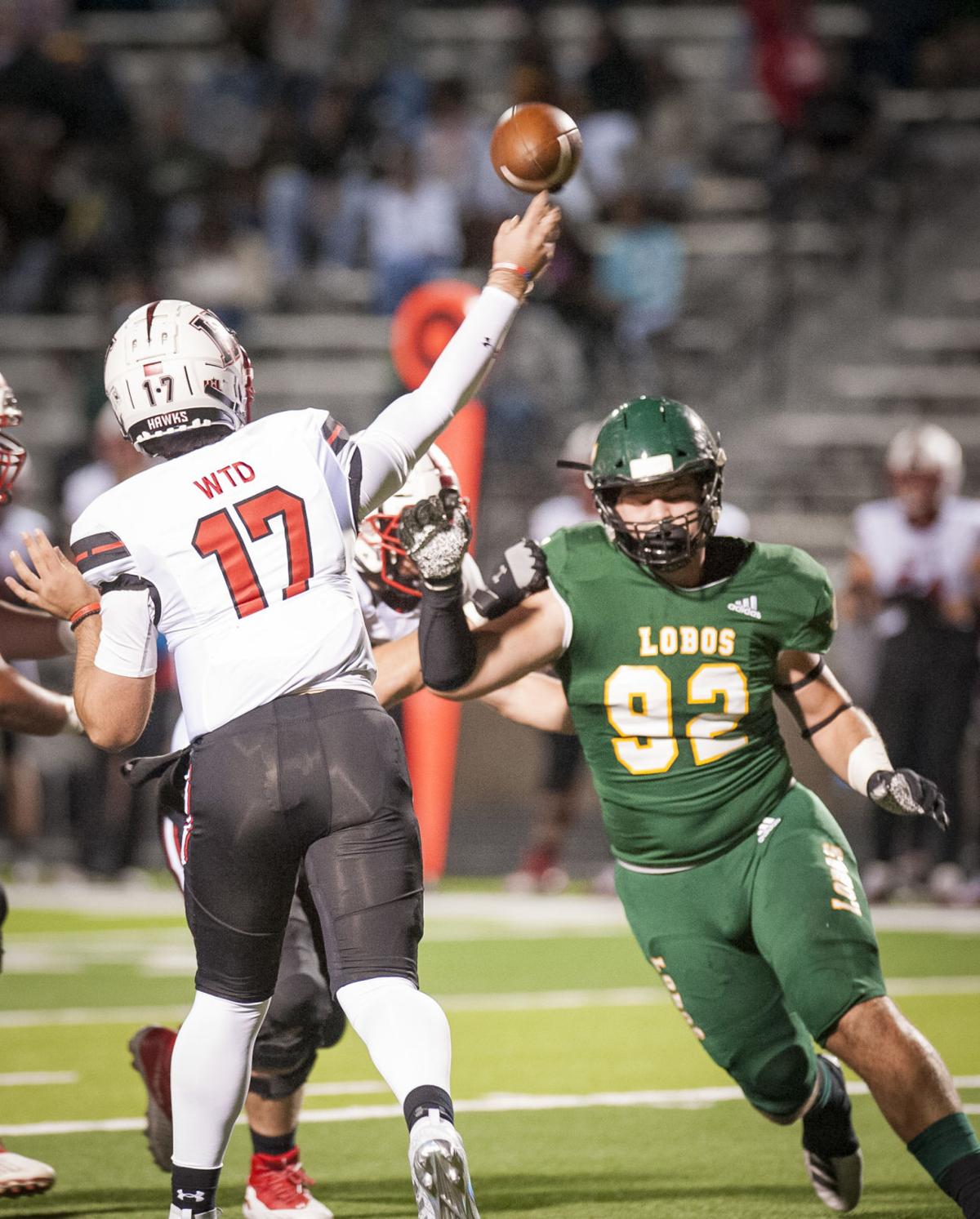 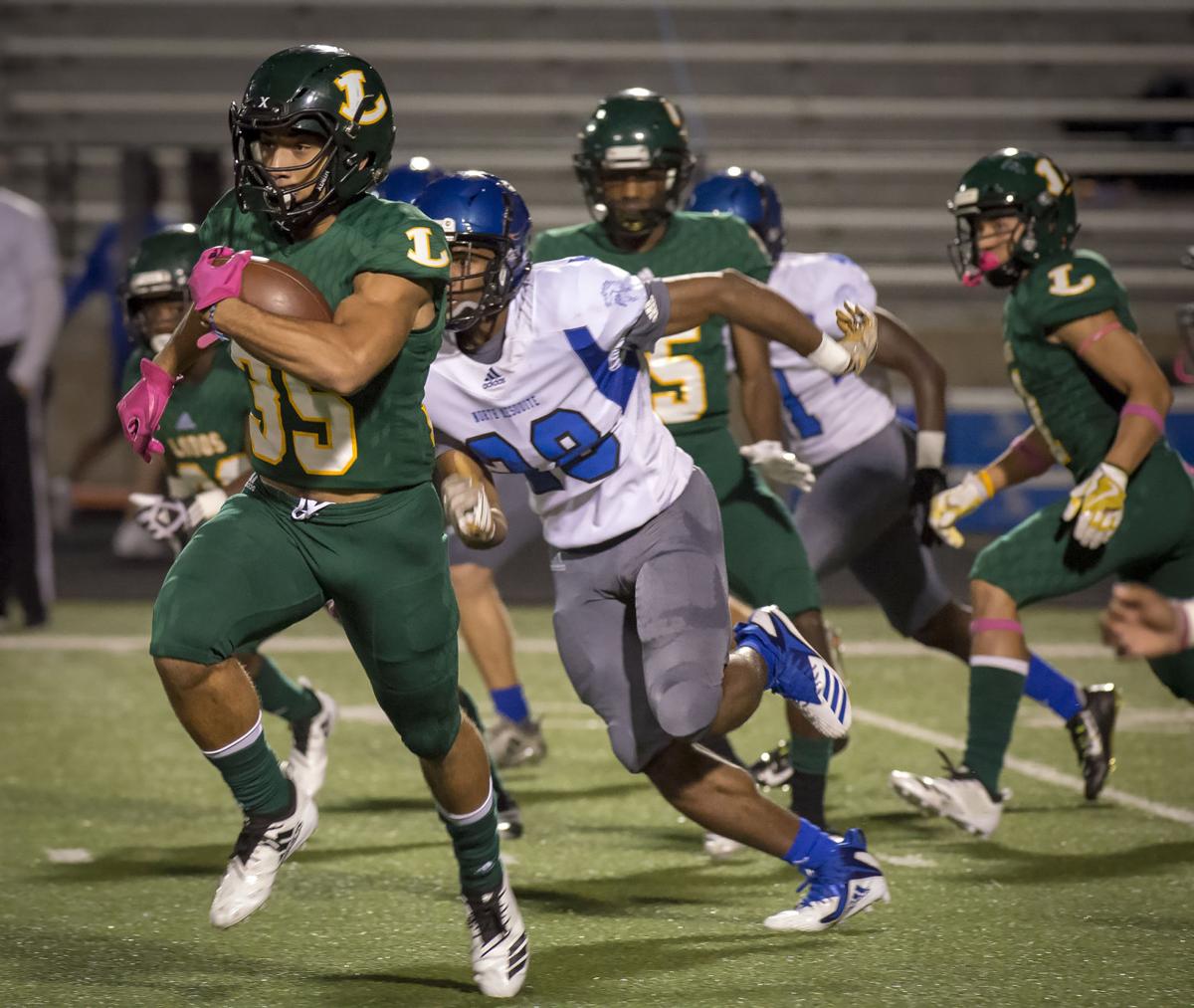 Longview’s Kaden Meredith races down the field after the kickoff during Friday’s October 26, 2018 game against North Mesquite. (Les Hassell/News-Journal Photo)

Longview’s Kaden Meredith races down the field after the kickoff during Friday’s October 26, 2018 game against North Mesquite. (Les Hassell/News-Journal Photo)

Up next: Tyler Lee at Longview; North Mesquite vs. Mesquite Horn

He said it: "We need to go out, play Lobo football and not compare scores, records and all of those things. What we need to do is go play football the way we're supposed to play it. It's easy to look at and say this, that or the other. Every game is a new game and the ball bounces funny ways. You've got to go take care of business. Looks like we've got Mother Nature to worry about. We need go out and execute. A fourth win probably puts us in the playoffs and we need to be playing playoff-style football at this time of year going into Week 9 and the eighth game of the year. It's flown by and it's here. We want to secure us a spot in the postseason. That's our goal and we need to play like it." — King

Twitter-sized preview: Longview enters as the hands-down favorite in this game and a strong, crisp showing from the start will have a playoff spot locked up. Penalties and dropped passes are two areas that need to be cleaned up as the regular season enters the home stretch.

This story has been updated since it was originally published

Parker Cox knew it was a matter of settling down and adjusting when he made his first start on the Lobo offensive line.