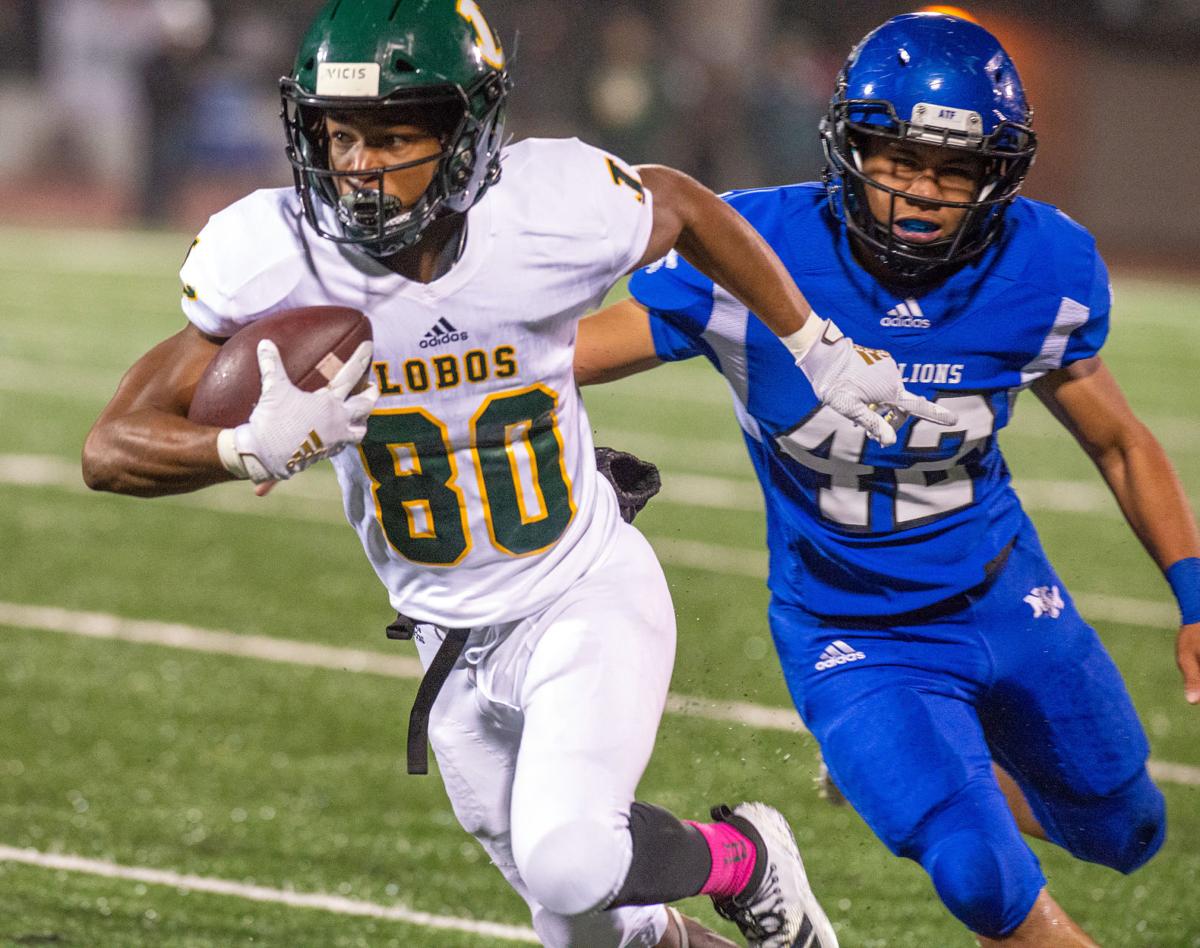 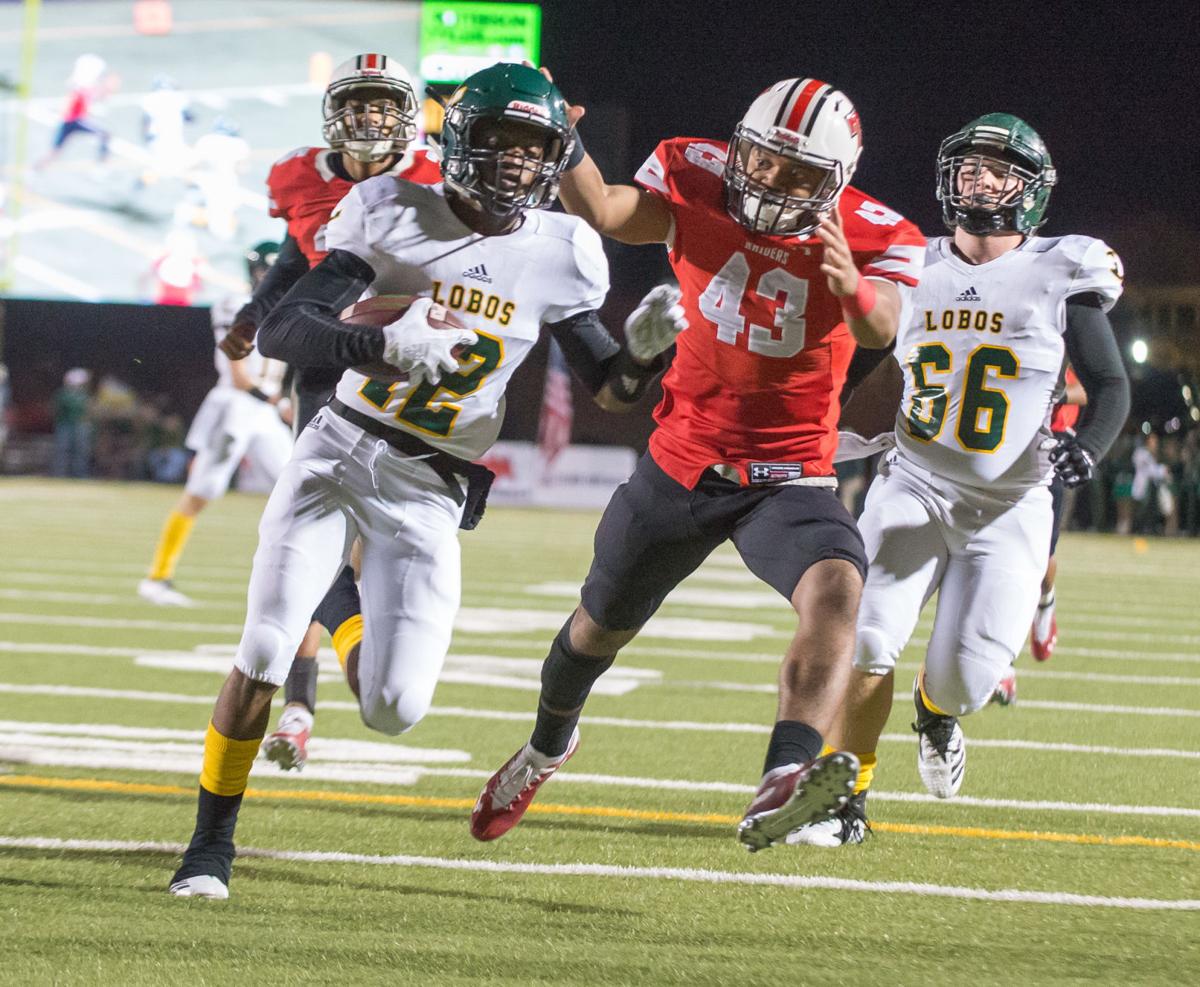 Longview's Jayden Williams strides into the endzone for a touchdown during Friday's November 2, 2018 game against Tyler Lee. (Les Hassell/News-Journal Photo) 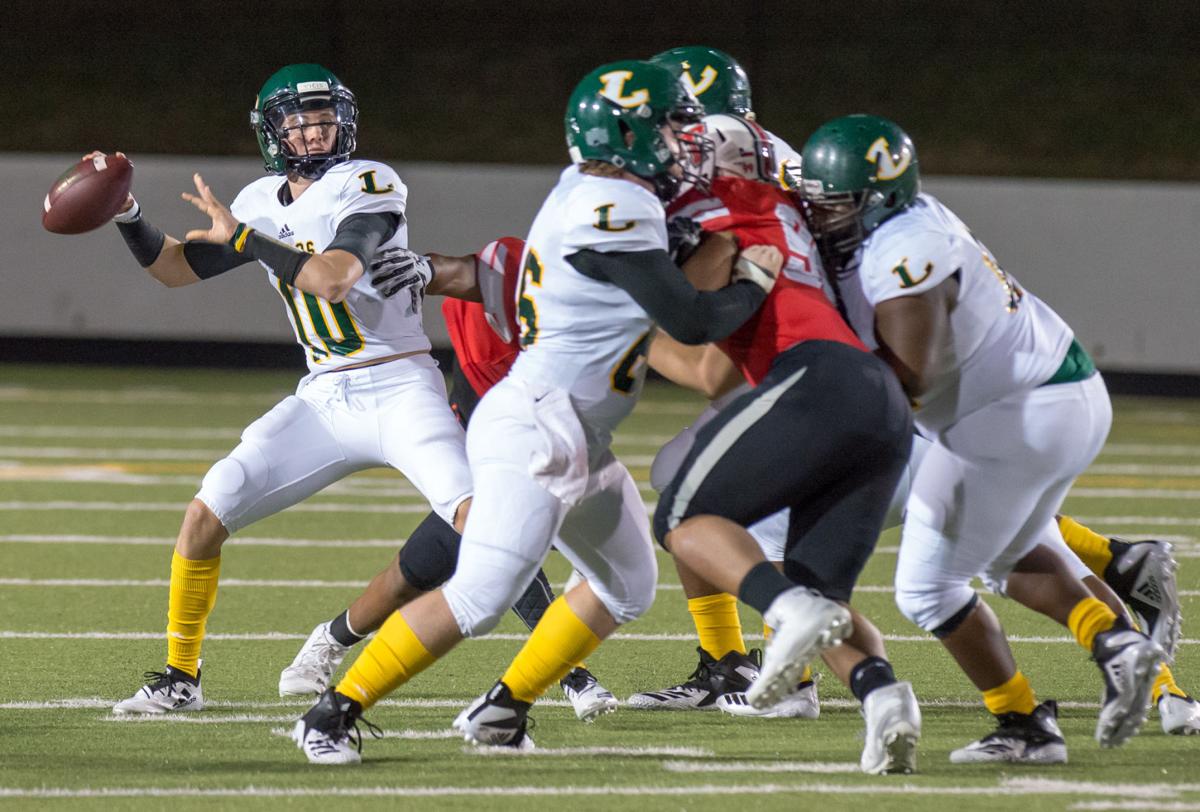 Longview's Jayden Williams strides into the endzone for a touchdown during Friday's November 2, 2018 game against Tyler Lee. (Les Hassell/News-Journal Photo)

Up next: Mesquite Horn at Lee; Longview at Mesquite

"I've confirmed one thing and that is they're a good football team that is going to play hard and play with a lot of pride. They've have a lot at stake, as do we. Right now, they've got the same opportunties that we've got. If they win out, they could be the top seed in Division II. They've got a chance just like we do and we've got to take care of business.It won't be easy. They're playing extremely hard because they have an opportunity to do something special. I know Kurt (Traylor) will have them coached up. It's night and day from his first year and before. They're all in sync with everything and it all has a rhyme and reason. You can tell where they've come from from Week 1 of the season until now. They've had some young kids grow up." — King

"Let’s just talk about growth. It’s a mentality now that we can play with those teams. We can play with the Rockwalls. Played with Mesquite. I tell them you’re 12 points away from being undefeated. You’re playing a tough team. Longview prides themselves on we’re going to line up and we’re going to beat you up. So we’ve had a good, believe it or not, physical practice this week. Because we’ve got to keep getting better. And we can play with these guys. We’ll line up and we’ll play our ass off against these guys. Because these guys know we can play with people now. So my message was, you’ve got to keep your heads up and keep going. We will get over there and give them heck and see what happens." — Traylor (via Brandon Ogden of the Tyler Morning Telegraph)

"Their front six is a big concern. They've dominated throughout the year and everyone I've talked to has said that those guys are even better than you think. Free safety is great tackler and they funnel things to him. They give you various looks in 4-2-5, 5-1 look or a 3-3 stack look. They're good at blitzing and stopping the run. We're going to have to do a good job of making sure they don't control the game." — King

"The running back scares me. He’s a big, physical running back. They don’t have that dynamic receiver they had last year. They’ve got several really good ones. The O-Line has gotten better. John is an O-Line coach like me. He’s going to take pride in it. I’ve seen them practice. I know how physical their practice is. I know how important being physical is. I’ve seen their offseason. I’ve studied them. It’s all about, you’ve got to be as tough as them. You’ve got to bring it every snap like them. Obviously Haynes is the best quarterback, or one of the best in the nation. What scares me is his feet. He can run. He might be the fastest kid on the field. I don’t know if you can (stop Haynes). You’ve got to slow it down a little bit. You can’t let them have the big, long runs. You’ve got to make sure somebody is spying on him, sitting on him. He’s just that special of a kid. He’s a great kid. He’s humble. You can tell he’s a coach’s son. He loves other coaches. He likes talking to them. Very respectful. Says a lot about John and the way he raised him. He competes, just loves to compete. He’s a lot like his dad. They want to win. He’s (Meredith) physical, physical and fast. He’s one of the top running backs in the state, no doubt. And I seen him as a sophomore, he was really good.  He will come in and he will hit you. You always see the pile moving. The pile never stops. He moves the pile. He’s big and physical. We’ve got our hands full,trying to stop him and King and the receivers." — Traylor

WHEN LEE HAS THE BALL

"We've got to limit their explosive plays. We're going to have to get lined up in a hurry to their various formations. They'll formation you to depth. They like to get the ball to the perimeter when they can and if they can, they're going to keep it there and it will be a long night from there. They bring the unexpected with some trickery and seem to dial them up at the right time against us. They'll play with the tempo. They'll get you out-leveraged with their formations with an unbalanced line and mix in some good power run. They've got a great scheme." — King

"It’s tough. I hadn’t seen a team this good on defense. It’s scary. 34 (Tyshawn Taylor) might be one of the most physical linebackers, 5-10, 190. I was watching Heath with the big offensive tackle, and he hit this dude. I’m talking knocking him three yards back. That’s a 190-pound kid hitting a 285-pound kid. He’s physical. Goram-Welch is a big kid, he’s a big ole joker. We’ve got our hands full. Nobody has scored on them. They’re leading the district. They’ve given up 35 point in district, 63 all year. Tells you how good they are. Nobody has score don them, nobody. Rockwall top offense in the district and they scored 7 or 3, Jaxon didn’t play either, but so you can’t compare that, but you can compare it because we tried to eliminate him from the game." — Traylor

Twitter-sized preview: There’s quite a bit on the line as the Lobos host a much-improved Lee team. Combined, the teams have 4,399 rushing yards this season. Longview has gotten off to a fast start, especially at home, and if the Lobos can do that again, it won’t be the last game at Lobo Stadium in 2019

This senior night is a little different.