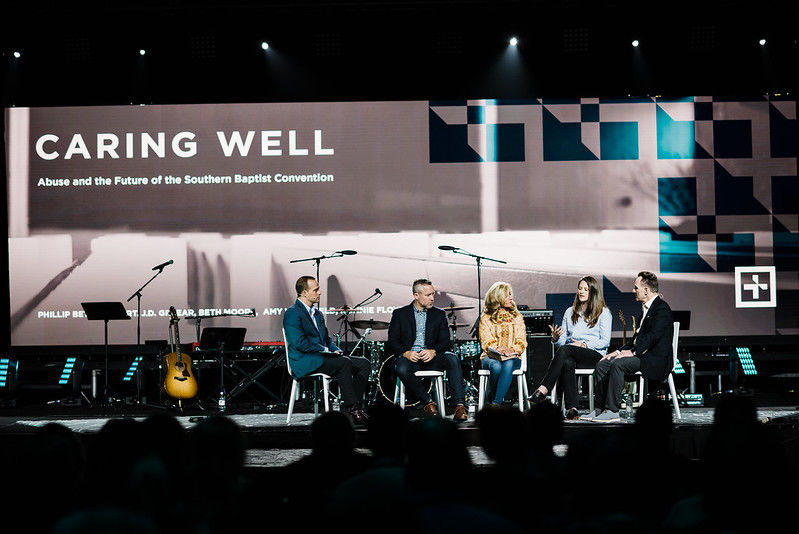 A panel at last week’s Caring Well conference in Dallas, where the Southern Baptist Convention took steps to address sexual abuse in the denomination. 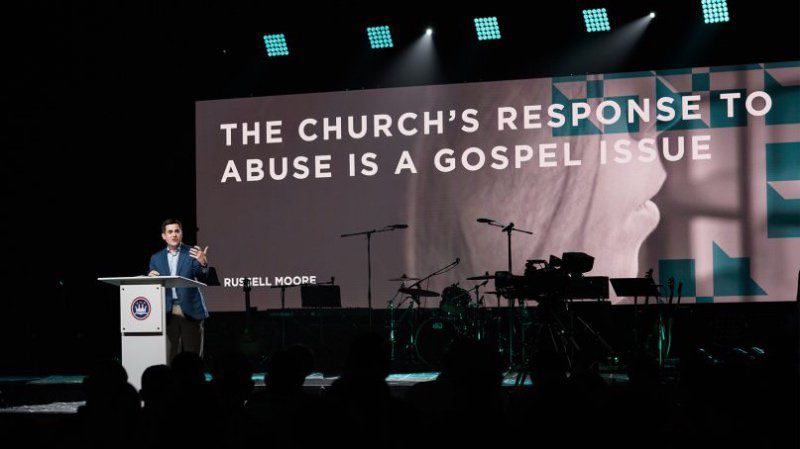 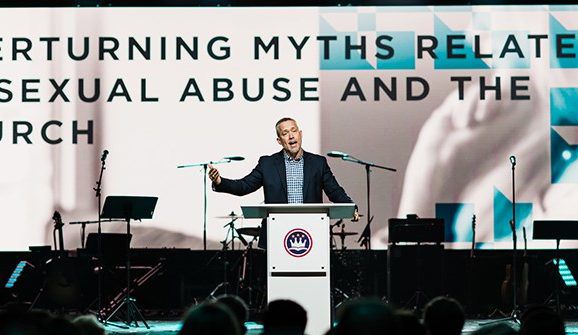 A panel at last week’s Caring Well conference in Dallas, where the Southern Baptist Convention took steps to address sexual abuse in the denomination.

DALLAS — Southern Baptist leaders wrestled with questions of procedure and accountability during a gathering on sexual abuse last week, grappling with how best to address an issue some say the denomination took far too long to address.

After a first day focused on stories of abuse survivors, the Caring Well conference, organized by the Southern Baptist Convention’s Ethics and Religious Liberty Commission, devoted its second and third days to hearing from critics of the denomination’s response to abuse.

“The SBC has, over and over again, trampled on these precious (abuse) survivors, and that is why they are afraid to speak up — that fear is deserved,” said Rachael Denhollander at a question-and-answer session last Saturday morning. Denhollander, an attorney, was the first person to publicly accuse former Michigan State physician Larry Nassar of sexual abuse. She said that the first time she was abused — before encountering Nassar — was in a church at age 7.

A series of breakout sessions also offered pastors and church leaders practical lessons for dealing with sexual abuse and covered a broad range of issues that fall under the broader category of abuse: how to screen for child sex abusers, prevent domestic violence and how to talk to abuse survivors.

During a men-only seminar, Moody Bible Institute professor Andrew Schmutzer recounted how he was abused as a teenager by his father, a missionary.

“Within these strong spiritual families, you don’t question — you’re taught not to question,” he said, noting that male abuse survivors often have difficulty finding support.

Peter LaRuffa, a pastor at Grace Fellowship Church in northern Kentucky, said he was struck by a seminar detailing how abusers groom people and situations to their benefit. He said the information unsettled him but better prepared him to put protections in place for children.

“(I was) just thinking through what that might look like for me as a dad — not being paranoid, but being vigilant and helpful for (my children),” said the father of four. “Then also for me as a pastor, to start rethinking what things might we want to put in place — particularly for our student ministry.”

Another pastor, Jonathan Spallino, said his church has already started using the ERLC’s Caring Well curriculum on preventing abuse but that the conference helped him to fine-tune policies and procedures to implement at his church, citing a seminar on acquiring references for new hires. He said he also planned to “raise the bar” for volunteers at his church.

“It really gave me the tools to go back to my family ministry team and say, ‘This is why it’s important, and this is why we’re going to implement some of these practices into our children’s ministry and student ministry,’” said Spallino, who works at a church in Tennessee.

Some speakers referenced the unique challenge the SBC faces in confronting abuse. Unlike the Catholic Church and other more hierarchical religious groups, the SBC gives a high degree of autonomy to individual churches, complicating efforts to implement sweeping policy changes.

On the session’s first evening, Boz Tchividjian, a former child abuse prosecutor and founder of Godly Response to Abuse in the Christian Environment, or GRACE, suggested polity challenges were no excuse for failing to address abuse.

“A system that claims to have little authority against abusive churches and pastors I think would undoubtedly find such authority if an SBC church ordained a woman or a gay man,” he said.

Kay Warren, a co-founder of California’s Saddleback Church who told her own story of abuse earlier in the conference, said change in the SBC will only come from the top.

“It’s going to rise and fall on the leadership, because it’s going to take legitimizers,” Warren told Religion News Service, pointing to figures such as SBC President J.D. Greear. “If they are respected and seen as credible, it’ll go a long way in helping pastors down the line. If it’s just left to pastors on their own, no — not gonna happen.”

Debbie Vasquez, a survivor of abuse by an SBC pastor, attended the conference, accompanied by a contingent from the Survivors Network of those Abused by Priests, or SNAP, an organization known for advocating for Catholic survivors of abuse. Asked about the Caring Well curriculum, she expressed frustration that the denomination wasn’t doing more.

“That’s a half-measure,” said Vasquez, who called the conference a “PR stunt.” She called for the creation of a database of pastors and other church personnel who have been credibly accused of abuse and repeatedly questioned why the church had taken so long to address the crisis.

The final major session of the conference featured a conversation between ERLC President Russell Moore and Denhollander.

Denhollander repeatedly praised the work of Tchividjian’s GRACE but listed several instances in which, she said, SBC church leaders have fallen short of aiding survivors. She cited the story of LifeWay executive Jennifer Lyell, who came forward in March to accuse Southern Baptist Theological Seminary professor David Sills of sexually abusing her. Denhollander argued that the church and the Baptist Press did not do enough to protect Lyell’s story.

Denhollander later explained that any adequate reckoning of abuse will require confronting past failures.

“There are many people in the SBC who desire to do the right thing,” she said. “There needs to be significant pressure from inside these churches … to confront our past.”

She recommended church authorities make “specific repentance” to survivors and called for an independent review, “not only of the abuses that occurred, but why those abuses were covered up.”

In the wake of ample criticism, at least some SBC leaders appeared willing to admit past mistakes.

ERLC Vice President Phillip Bethancourt noted that he and other SBC members met five years ago with a group of experts and advocates who focus on abuse but did not take adequate action.