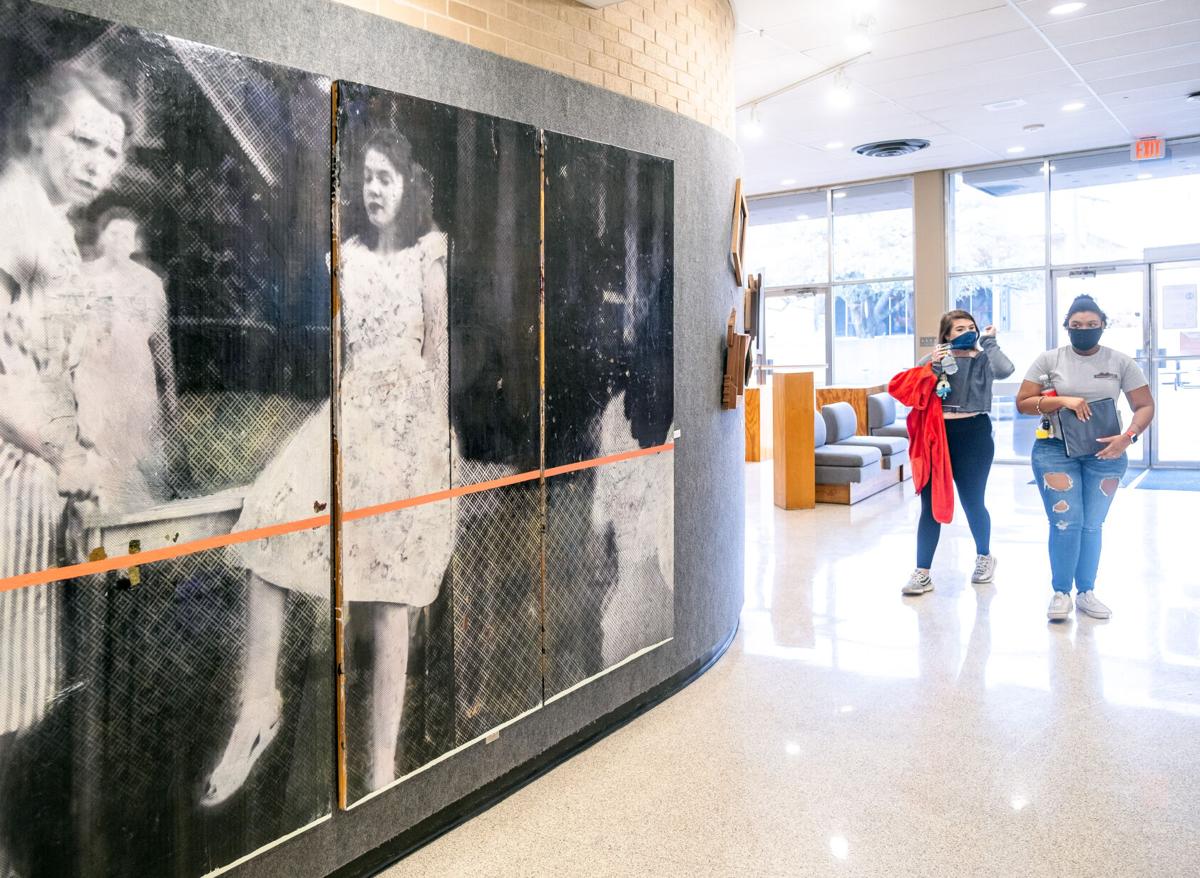 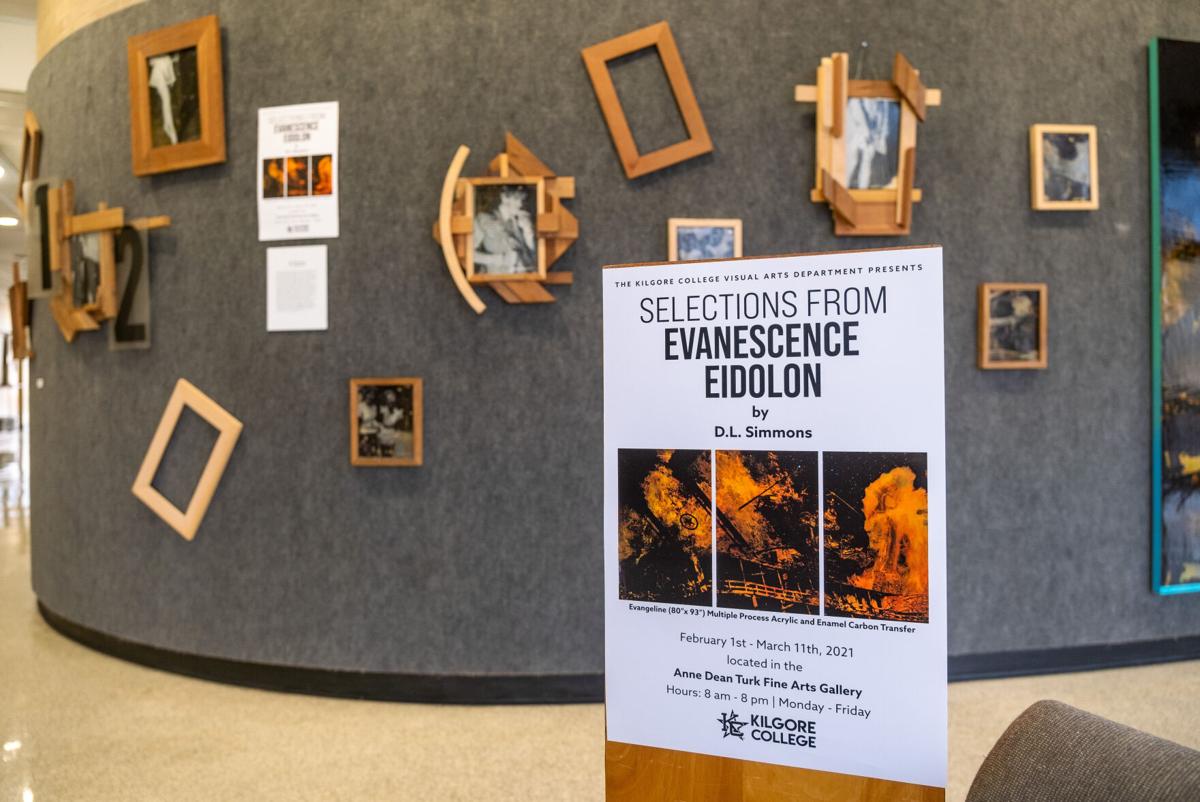 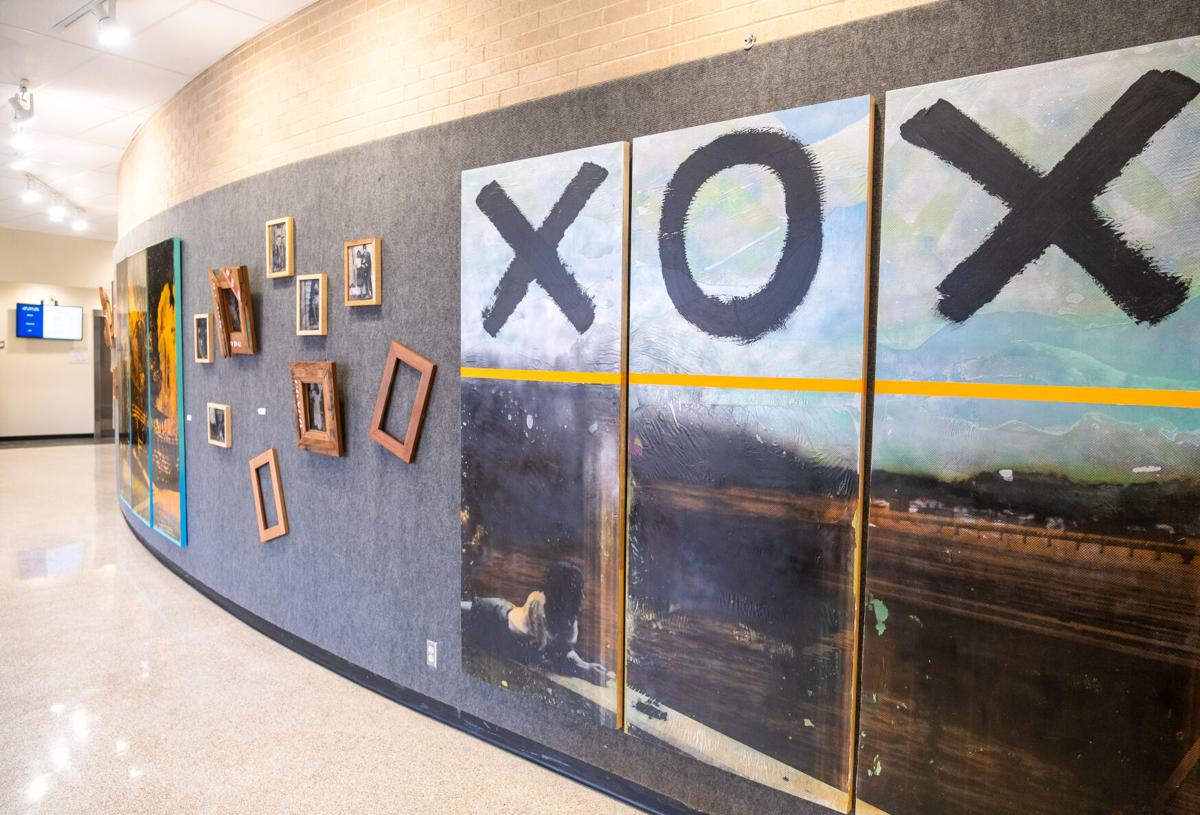 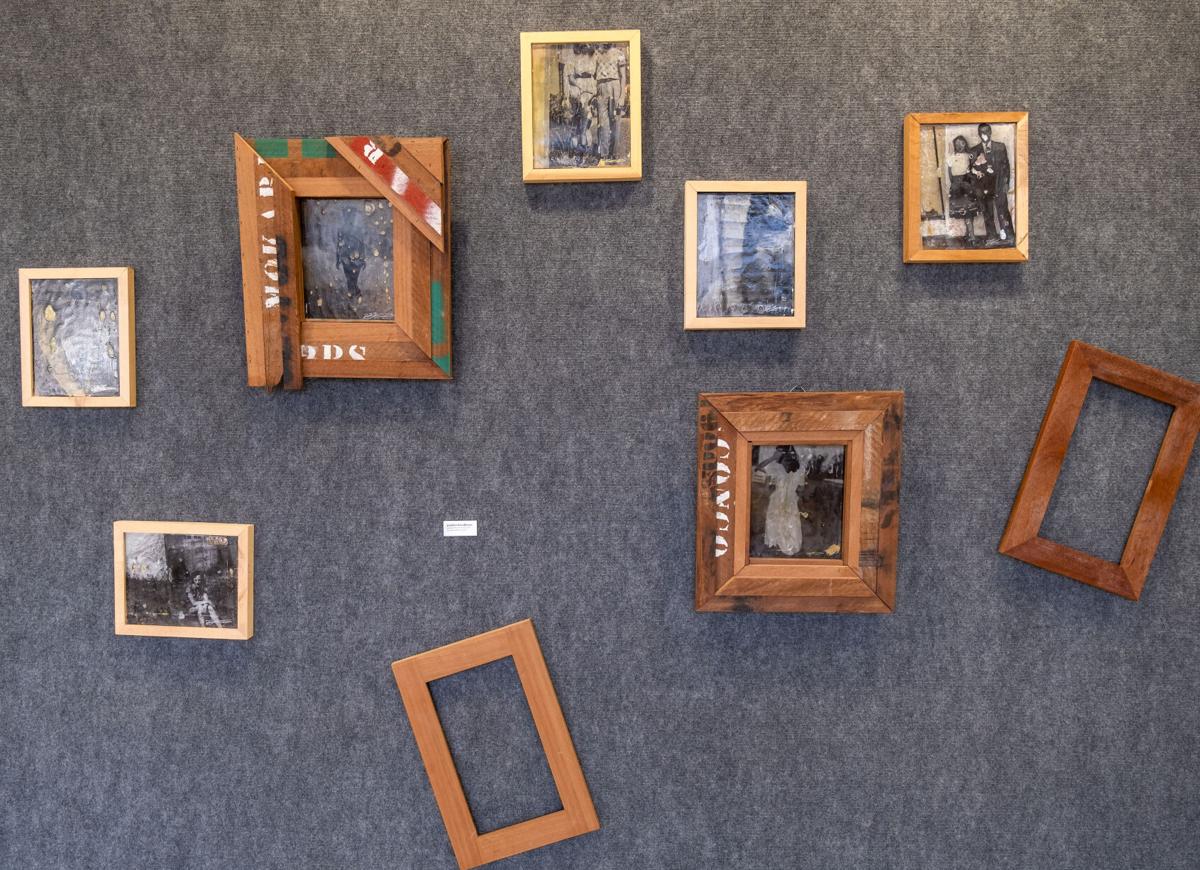 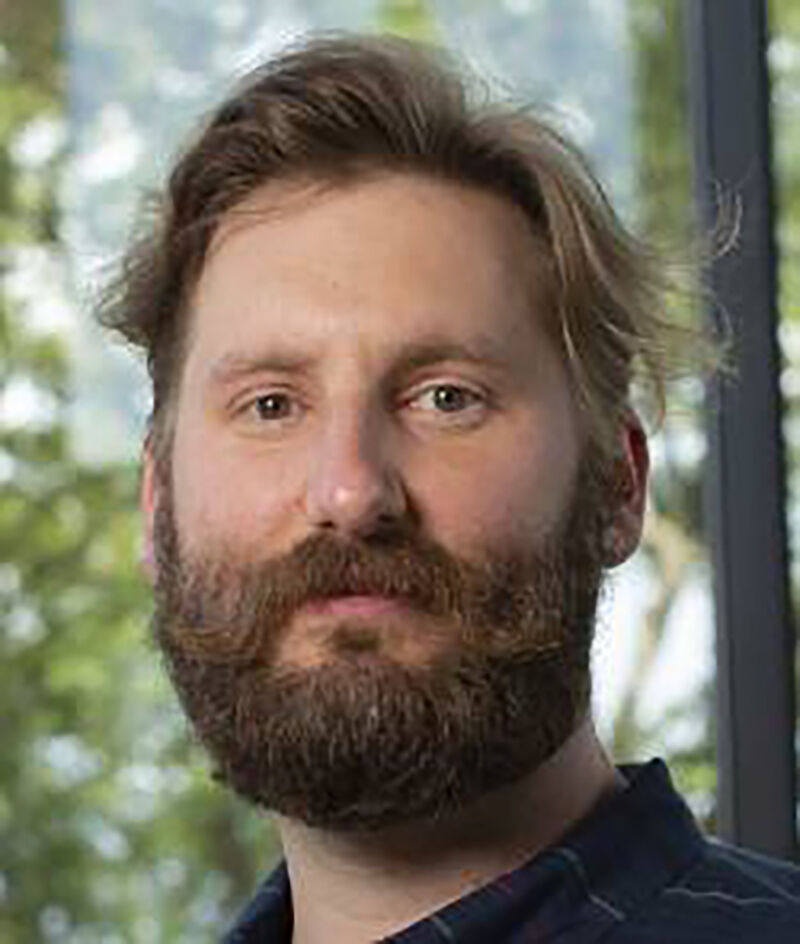 Selections from “Evanescence Eidolon” by artist D.L. Simmons are on exhibit in the Anne Dean Turk Fine Arts Gallery on the Kilgore College campus.

“Some are over 10 feet … ranging from steamboats to family images, centered around a textile community,” Kitchen said.

Originally from South Carolina, Simmons is an assistant professor of art at the University of Texas at Tyler and teaches traditional printmaking.

“I teach etching and engraving, which is intaglio,” he said. “I teach aluminum lithography, which is the precursor to all modern printing, like our magazines.”

As an artist, Simmons uses traditional and multiple processes in his work that incorporate intaglio, relief, serigraph and digital processes.

“I create these vignettes based off life experience and response to imagery,” Simmons said.

Simmons said art has always been a part of his life.

“I’ve always been involved in the arts — professionally since I was in college,” he said. “It goes all the way back to when I was a child.”

Although this is Simmons’ first showing at the gallery on the Kilgore College campus, his work has been shown in exhibitions all over, including 120ART in Taylor; the Ampersand Guild in Macon, Georgia; Ogden Museum of Southern Art in New Orleans; Jordan Fey Gallery in Baltimore; Southside Gallery in Oxford, Mississippi.; Jadite Gallery in New York City; Gallery East and Hub-Bub Gallery in Spartanburg, South Carolina; and the Liu Haisu Art Museum in Shanghai, China.

“I would really like to encourage people to come see the show,” he said. “It’s important to support the arts, especially now since we’re so separate.”

He said he is inspired by life experiences.

What: Selections from “Evanescence Eidolon” by artist D.L. Simmons