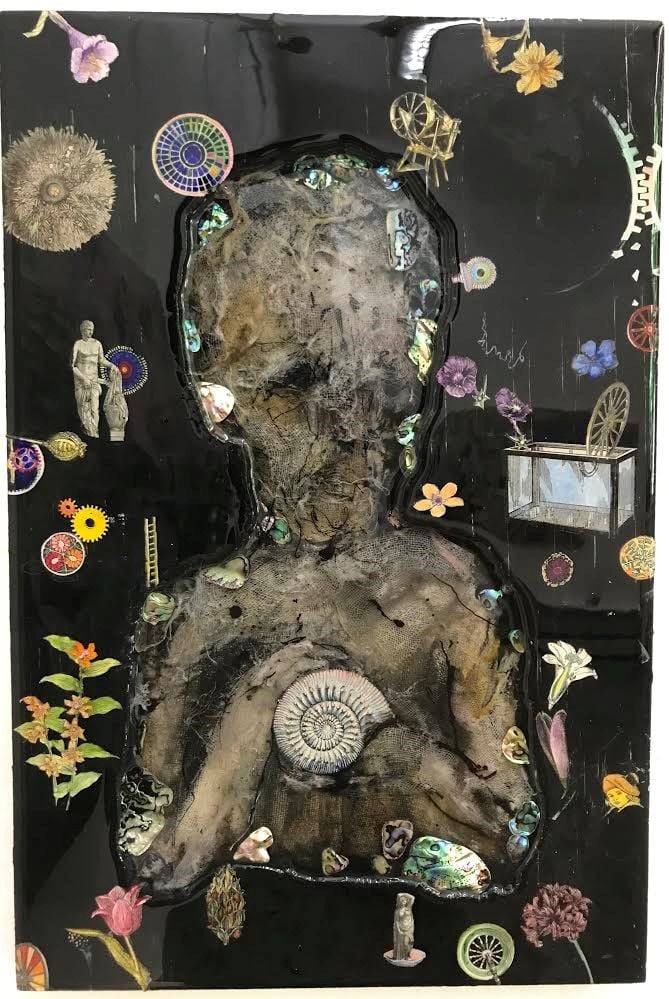 From Josh Dorman’s exhibit at the Longview Museum of Fine Arts, “The Art of Listening: Portraits from the Memory Bridge Project,” which is on display through Feb. 22. 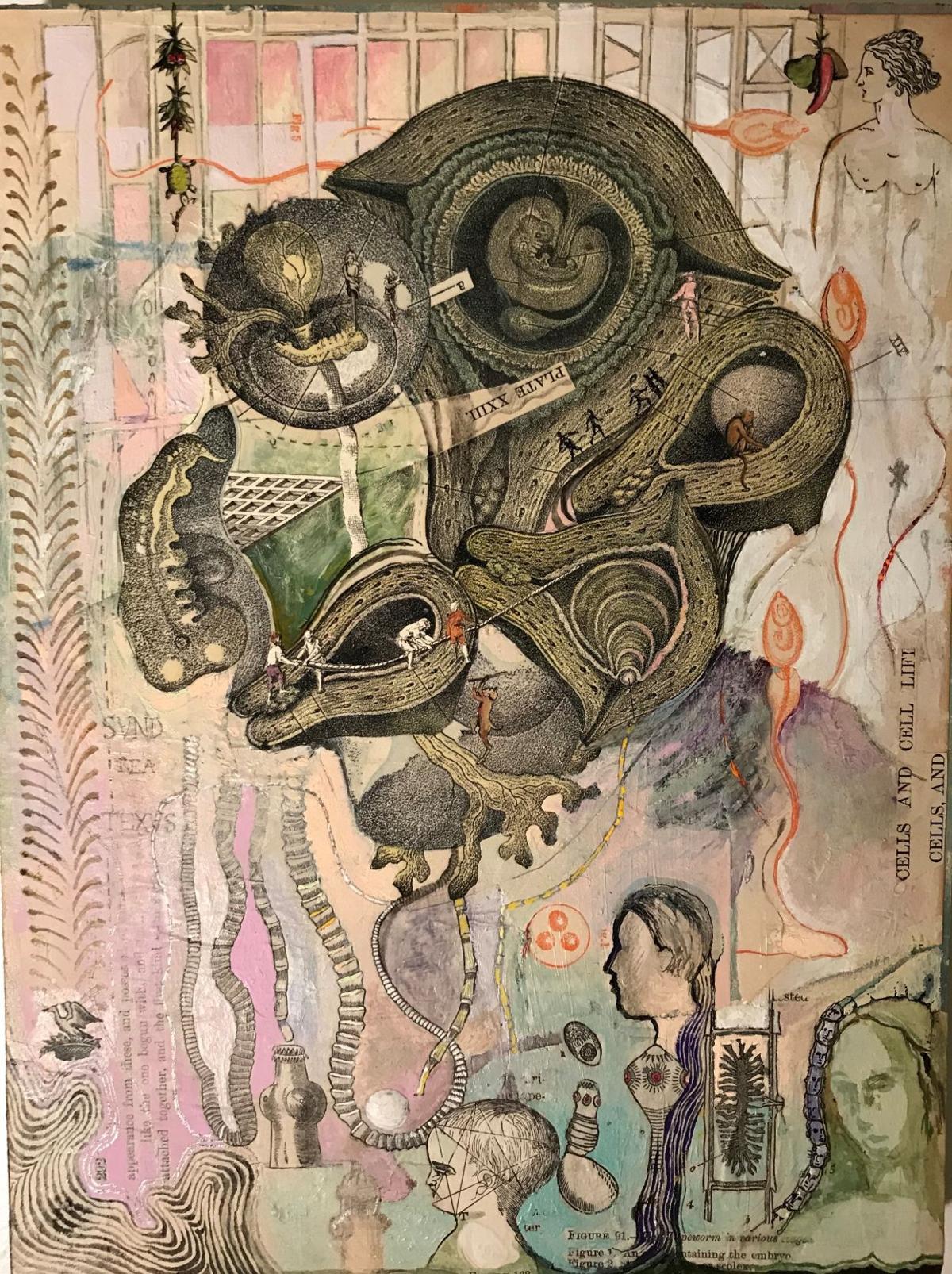 From Josh Dorman’s upcoming exhibit at the Longview Museum of Fine Arts, “The Art of Listening: Portraits from the Memory Bridge Project” 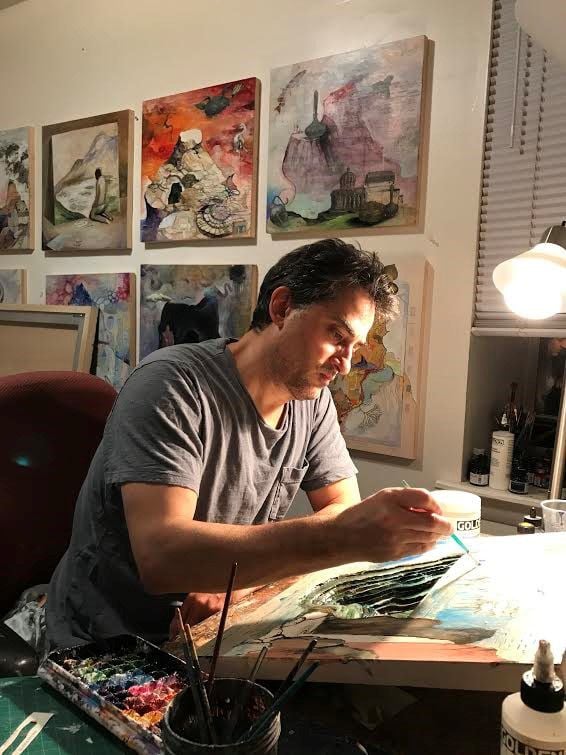 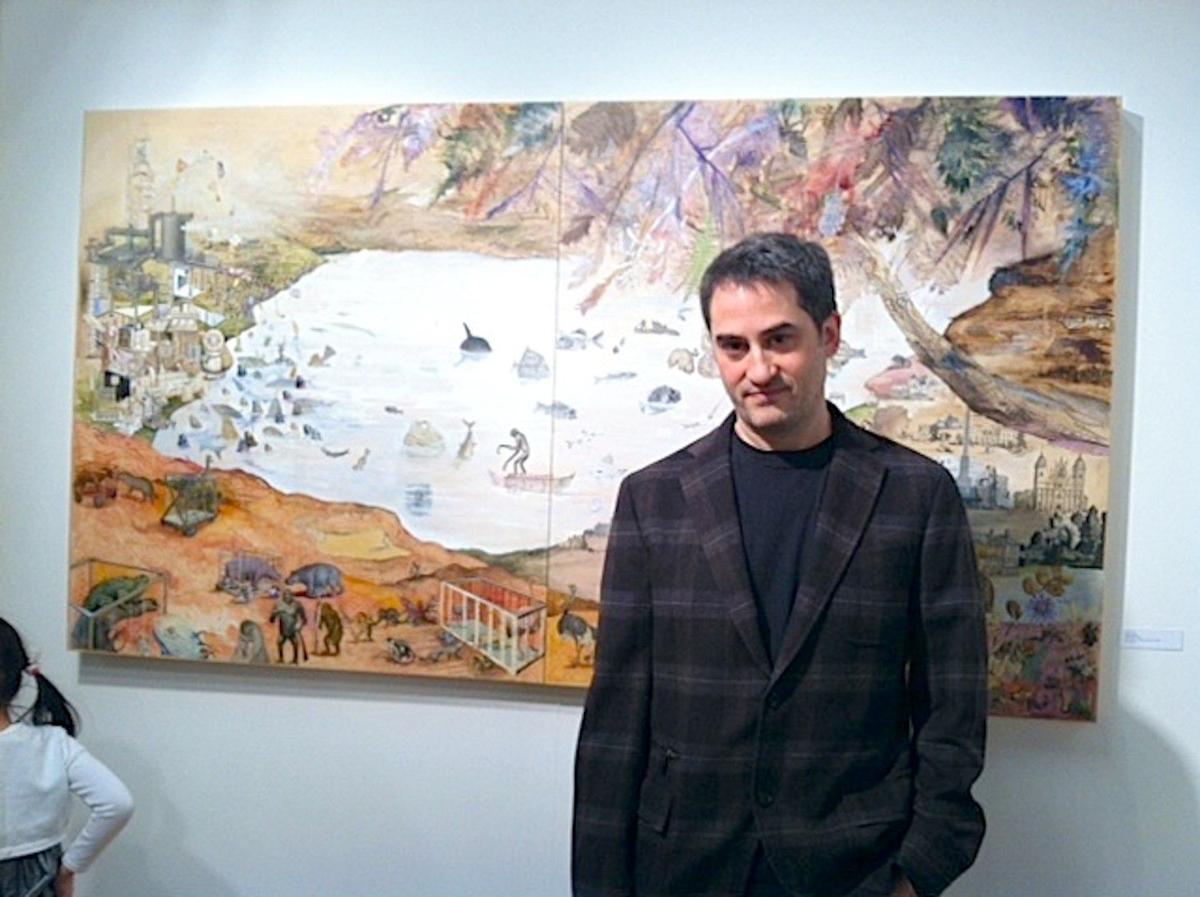 From Josh Dorman’s exhibit at the Longview Museum of Fine Arts, “The Art of Listening: Portraits from the Memory Bridge Project,” which is on display through Feb. 22.

From Josh Dorman’s upcoming exhibit at the Longview Museum of Fine Arts, “The Art of Listening: Portraits from the Memory Bridge Project”

A chance online encounter of former schoolmates may bring hope, perhaps even joy, to those whose world has been invaded by Alzheimer’s disease, said Tiffany Jehorek, executive director and curator of the Longview Museum of Fine Arts.

The Art of Listening: Portraits from the Memory Bridge Project by New York artist Josh Dorman opens at the museum Saturday with an artist’s talk set for Oct. 12. Also speaking that evening will be Michael Verde, founder of Memory Bridge, who commissioned Dorman to create art based on a week spent with Alzheimer’s patients in a Chicago nursing home in 2007. The experience was chronicled in the documentary “There is a Bridge” and birthed six portraits containing “visual imagery of the internal world of dementia,” Jehorek said. The exhibit will also include Dorman’s newer works.

Memory Bridge aims to end the loneliness of Alzheimer’s patients by training caregivers. Workshops take place throughout the U.S. and in some foreign countries.

The organization’s latest documentary, “Love is Listening: Dementia without Loneliness” is a selection for November’s Reel East Texas Film Festival in Kilgore and is also available on Amazon Prime.

Verde and Jehorek went to middle school in Beaumont at the same time, she said. She described their reconnection on Facebook as “a random occurrence through the Internet world. I got reacquainted with somebody I barely knew.”

As they talked, she learned about his work and its connection to the art world.

“I just thought ‘that is the coolest thing. I would love to get the artist to come (here) and then maybe we can tie in with the East Texas Alzheimer’s group.’ Since then, the East Texas Alzheimer’s Alliance has begun monthly support meetings for caregivers at the museum. Their aim is to explore “how you can be more present and how you can help patients with dementia not be lonely,” Jehorek said, closely aligning with Memory Bridge’s mission.

Drawing, painting, collage and some three dimensional features populate the antique topographical maps that serve as background to Dorman’s portraits, she said.

“Each of Josh Dorman’s works, like a dream, is at once a window and a mirror, opening onto a landscape of chimeras and juxtapositions, never before seen yet instantly recognizable, as familiar as the outlines of our own secret reflections,” said novelist Michael Chabon.

In one painting, “he drilled holes in the board almost like there’s holes in your memory. It’s a very tactile exhibition.”

“I’m trying to imagine the interior world of someone with dementia and to speak to the people who care for them,” Dorman said.

A video that is part of the exhibit contains scenes of Verde interviewing Alzheimer patients while Dorman paints. The full 45-minute documentary will be shown during the artist’s talk, Jehorek said. The Alliance will host a workshop with Verde that morning at Mobberly Baptist Church.

Awareness is key to the exhibit, Memory Bridge’s mission, the Alliance’s work and the museum’s role in bringing them together, Jehorek said.

“This disease is so destructive and debilitating that you think there can’t be any joy found in it and this group (Alliance) works really hard to find purpose and meaning … There’s just a lot of layers to it. Yes, it’s gonna be painful but yes, there’s a way to find some joy through the process,” she said.

“I love when we have this opportunity to bring awareness and focus on something that really affects so many of us — or will at some point in our lives,” she said.

The Dorman exhibit unveils another personal layer for the museum. In talking about it, Jehorek immediately recalled local entertainer Byron Horne and his wife Dorothy. The longtime museum supporters were known to many as Mr. and Mrs. Santa Claus for the annual Breakfast with Santa. Byron, whose impressions of Elvis were also popular local fare, died in 2018 after an 8-year battle with Alzheimer’s. Dorothy’s book, “Glimpses of Grace,” chronicled that journey.

“Byron Horne was special to all of us,” Jehorek said. “I have in my own world a soft spot for caregivers and people who have/had dementia.”

What: The Art of Listening: Portraits from the Memory Bridge Project

Admission: Free for members, $5 for guests