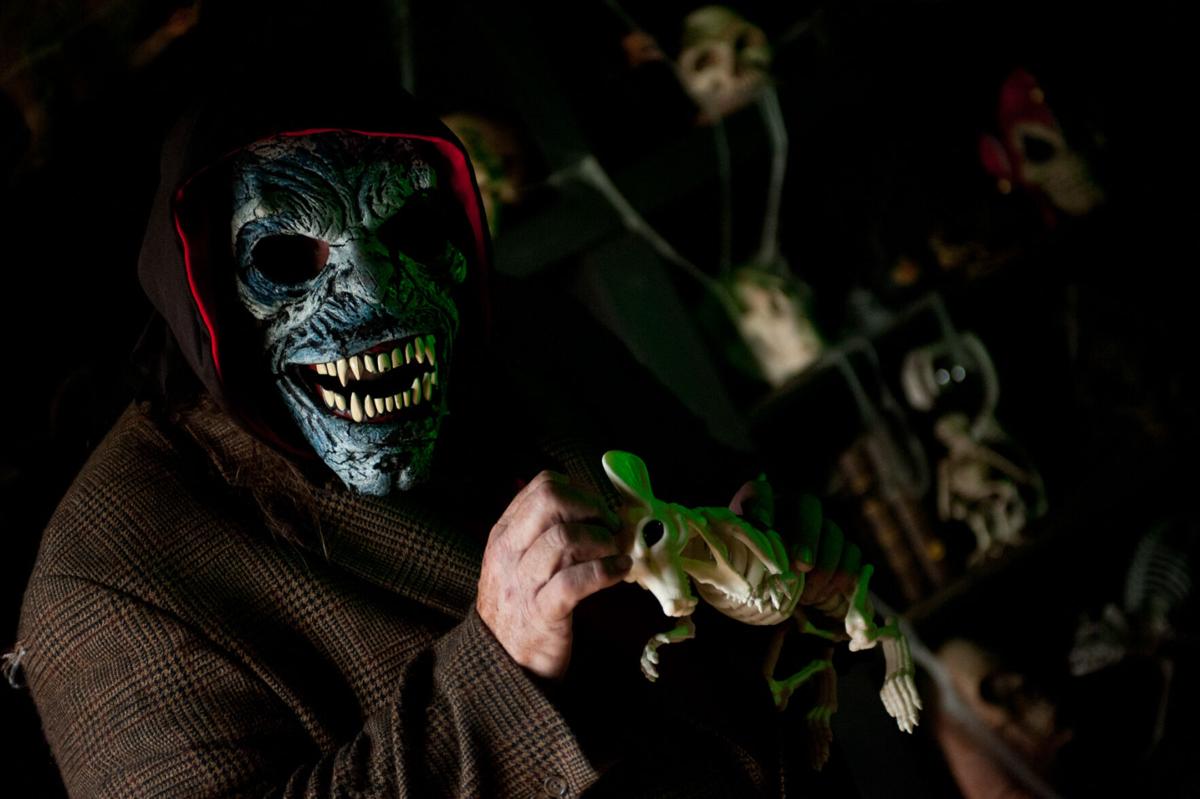 Eugene “Doc” Wilkes is seen in 2015 as one the many characters he must portray on any given night at Doc Wilkes House of Horrors. 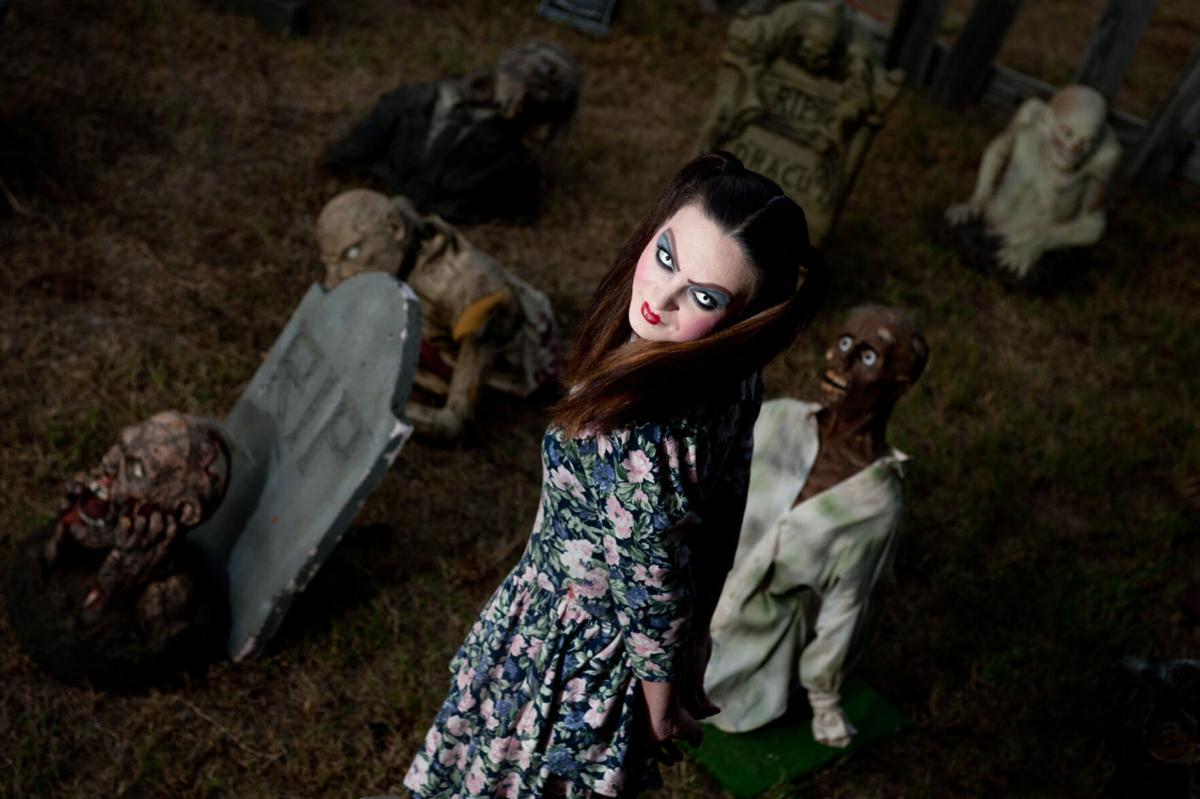 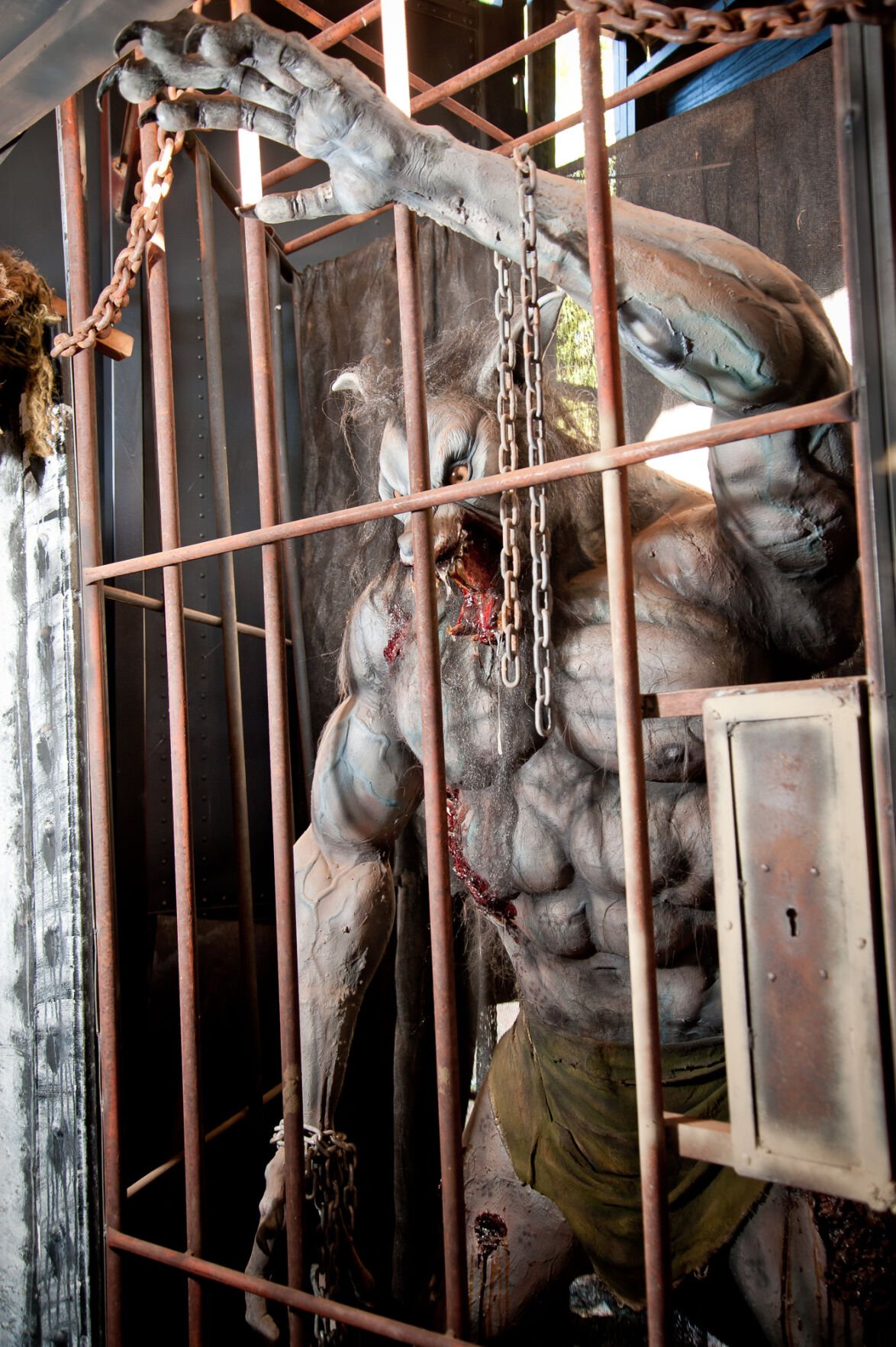 A 9-foot-tall werewolf is seen in 2015 at Graystone Haunted Manor. 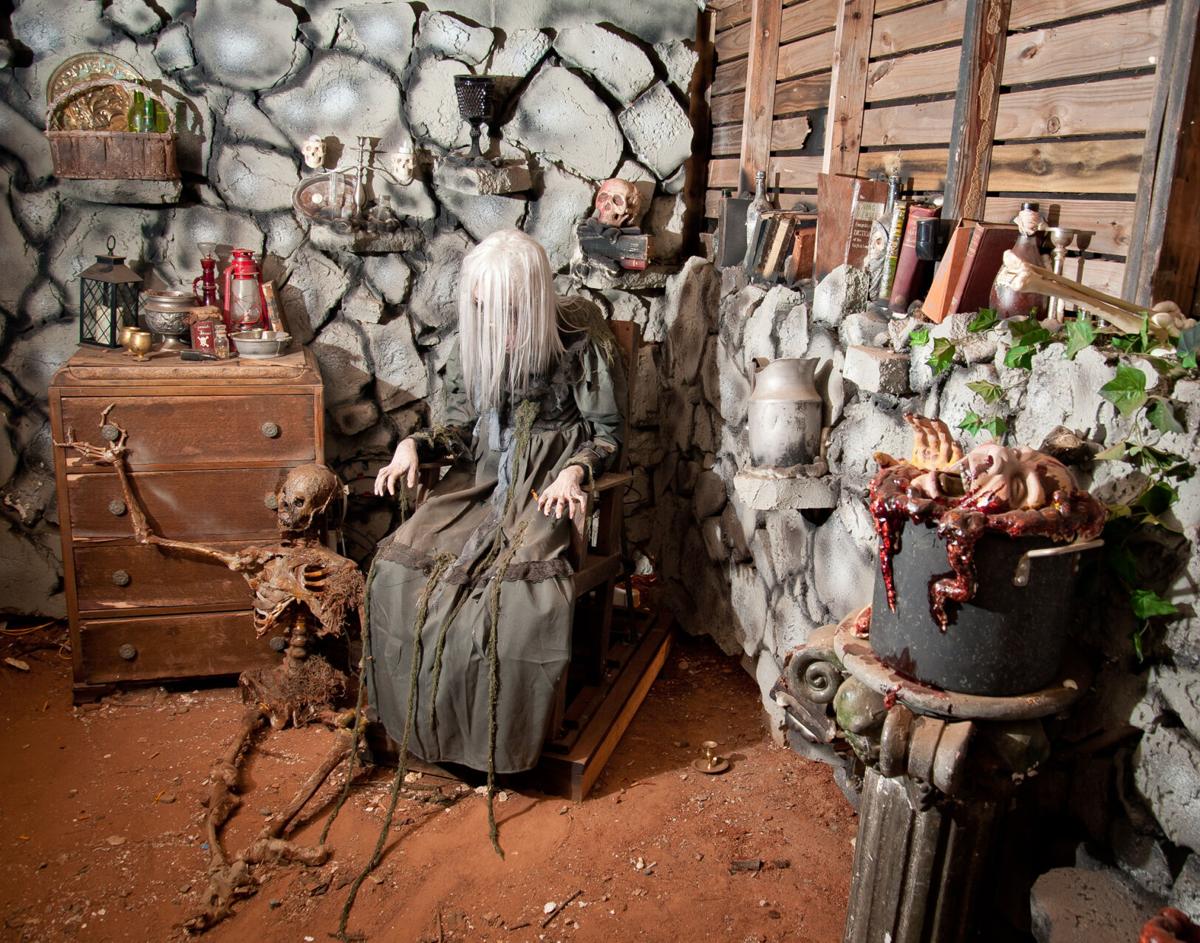 An animated set is shown in 2015 at Graystone Haunted Manor.

Eugene “Doc” Wilkes is seen in 2015 as one the many characters he must portray on any given night at Doc Wilkes House of Horrors.

A 9-foot-tall werewolf is seen in 2015 at Graystone Haunted Manor.

An animated set is shown in 2015 at Graystone Haunted Manor.

What’s Halloween without a haunted house — or two?

Doc Wilkes House of Horrors and Graystone Haunted Manor in Longview have been offering up plenty of frights over the years, with no plans to ease up as Halloween approaches.

Jacob Wilkes with Doc Wilkes House of Horrors said their attraction has grown.

“My dad, Eugene Wilkes, is the owner, and he’s been doing haunted attractions for over 36 years in the East Texas area,” he said. “This is our 19th year at the location on Market Street.”

Visitors to Doc Wilkes House of Horrors are certain to cross paths with characters such as Skully, Shrimp the Doll Face, Crisco the Clown, The Butcher, Sack Head, Thirsty and, of course, Doc Wilkes.

Legend has it, in the early 1980s, Doc Wilkes performed white noise torture on his victims. He was eventually arrested and later moved to an insane asylum. After nearly a decade in the asylum, the mad doctor was being moved to another asylum, but along the way, the bus crashed and caught fire.

The doctor was believed to have died in the crash, but in reality, he might have taken up residence in some abandoned trailers on Market Street in Longview, and that is where he later died. But his body was never found, and now Doc Wilkes and his victims haunt the land.

The House of Horrors is also home to other haunted attractions.

“We have Doc’s House, and we also have the maze out back and a fright show museum,” Wilkes said, adding that the museum is more of a photo opportunity with wax movie characters.

“Now we have four 18-wheeler trailers and boxes attached to those trailers,” he said. “It’s grown over 2,500 square feet in the last few years. We added the maze out back for an outdoor experience, and after that we added the fright show museum.”

“This is our 11th year, actually, running it with customers,” she said.

“I used to give a pretty elaborate Halloween party here, and I would pull all of my horses out of my large horse barn and decorate each stall,” she said. “I did that for years, and then the Longview Museum of Fine Arts asked me to decorate for their Halloween event, and I did that for a couple of years.”

Gray finally decided to take several acres of her Longview property and turn it into Graystone Haunted Manor.

The manor is the fictional story of Dr. Grigor Von Graystone, who, in the 1800s, fled with his family from their homeland and settled in Longview. On Hallows Eve, a green glow enveloped the manor, and the people of the town descended upon the manor with torches and pitchforks. When they opened the doors, they found Graystone’s lifeless wife, the children frozen in play and Graystone’s notes, which contained details about a time vortex.

The townspeople buried the bodies in Oak Raven Cemetery and boarded up the house, but each October, the family returns, though not in human form, accompanied by ominous spirits.

Gray said the Labyrinth of Time, where guests can travel through different time periods, is the most popular feature.

“It’s just so different and eclectic and has all kinds of different times in there. We have the London scenes and an old hillbilly scene, a crazy asylum scene and a witch’s scene,” she said. “There are a lot of different scenes from history that we incorporate into the Labyrinth of Time because that’s where the doctor is caught.”

Gray said each year they include new additions to help improve the attraction.

“This year we added a huge new mausoleum in our cemetery, and in our manor we added another 24 feet by 40 feet,” she said. “It’s our Little Shop of Horrors off the manor, which is like a greenhouse full of man-eating plants and things like that.”

The weather plays a big role in the success of Graystone Haunted Manor each year.

Before moving to the Market Street location, Wilkes said his father rented warehouses each year for their haunted attractions.

“We got tired of trying to find a location … so we just bought this property and ran with it,” Wilkes said.

Wilkes said the family — including his mother, Laura Wilkes, and his sister — is very involved in making sure the attraction is a success.

“We started this haunt in 2002, and that was our first year on Market Street. I’ve been out there every single year, and I’ve done my fair share of acting in numerous rooms,” he said. “My daughter is 11, and she works there, and my niece is 7, and she works inside the house.”

The most popular feature, Wilkes said, is the haunted house.

“When people exit they’re like, ‘Oh, my gosh, I can’t believe that’s built in an 18-wheeler trailer,’” he said. “It’s definitely the old school type of haunt. My dad has been in this haunting game for almost 40 years now, and he actually used to do makeup and special effects for movies. He decorated nightclubs back in the day, and that’s what kind of got him into doing haunted attractions.”

What: Doc Wilkes House of Horrors

When: 7 p.m. to midnight Friday through Sunday