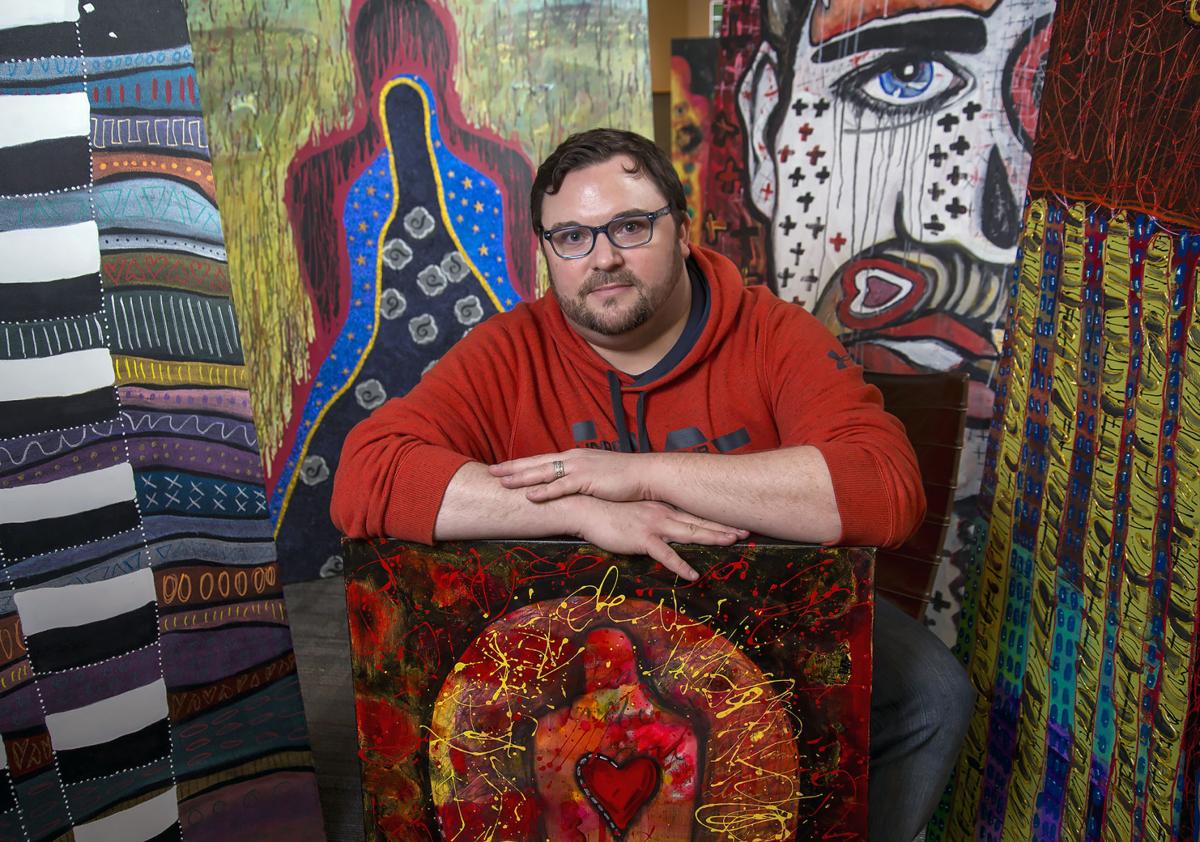 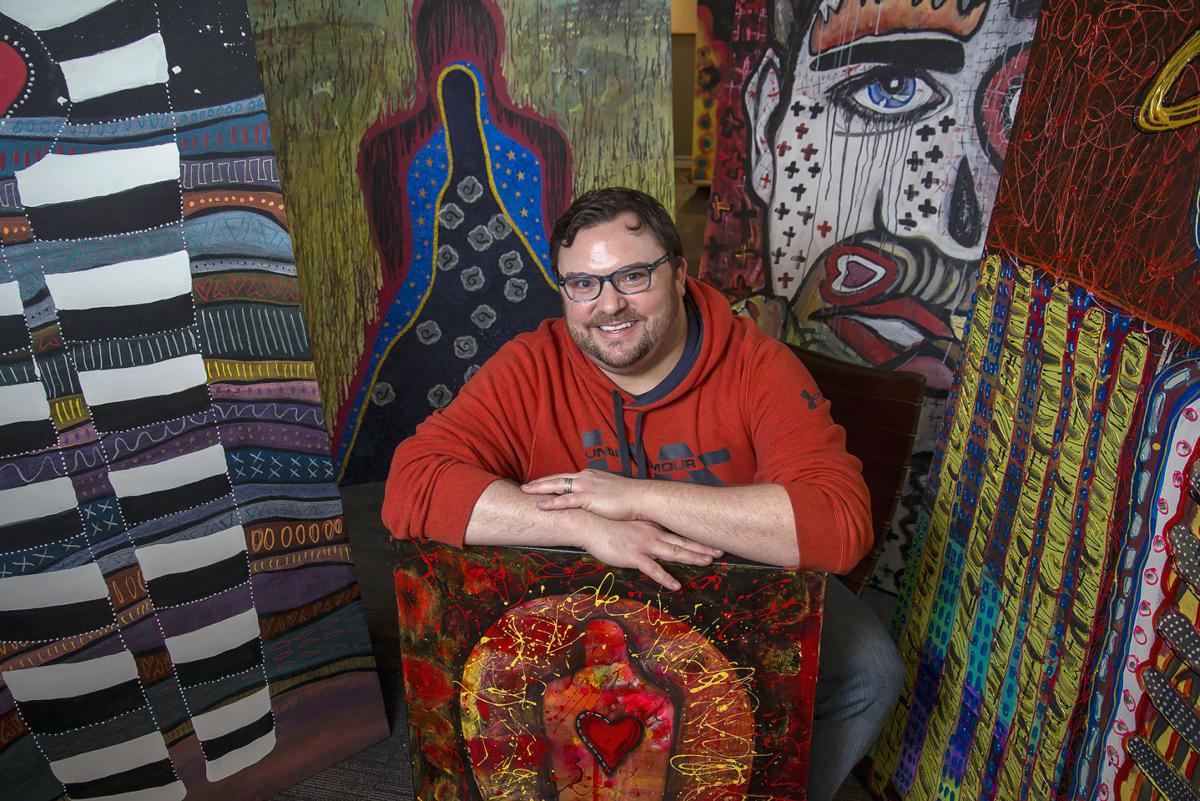 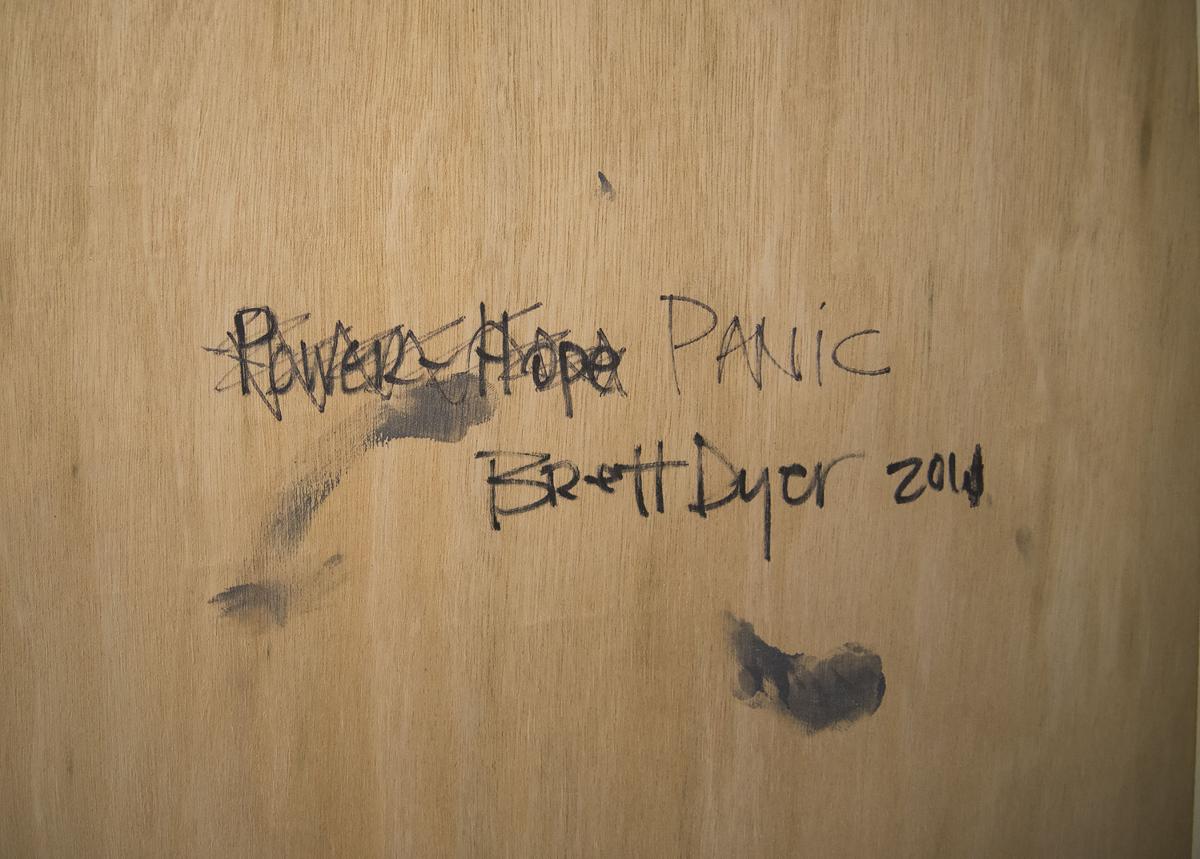 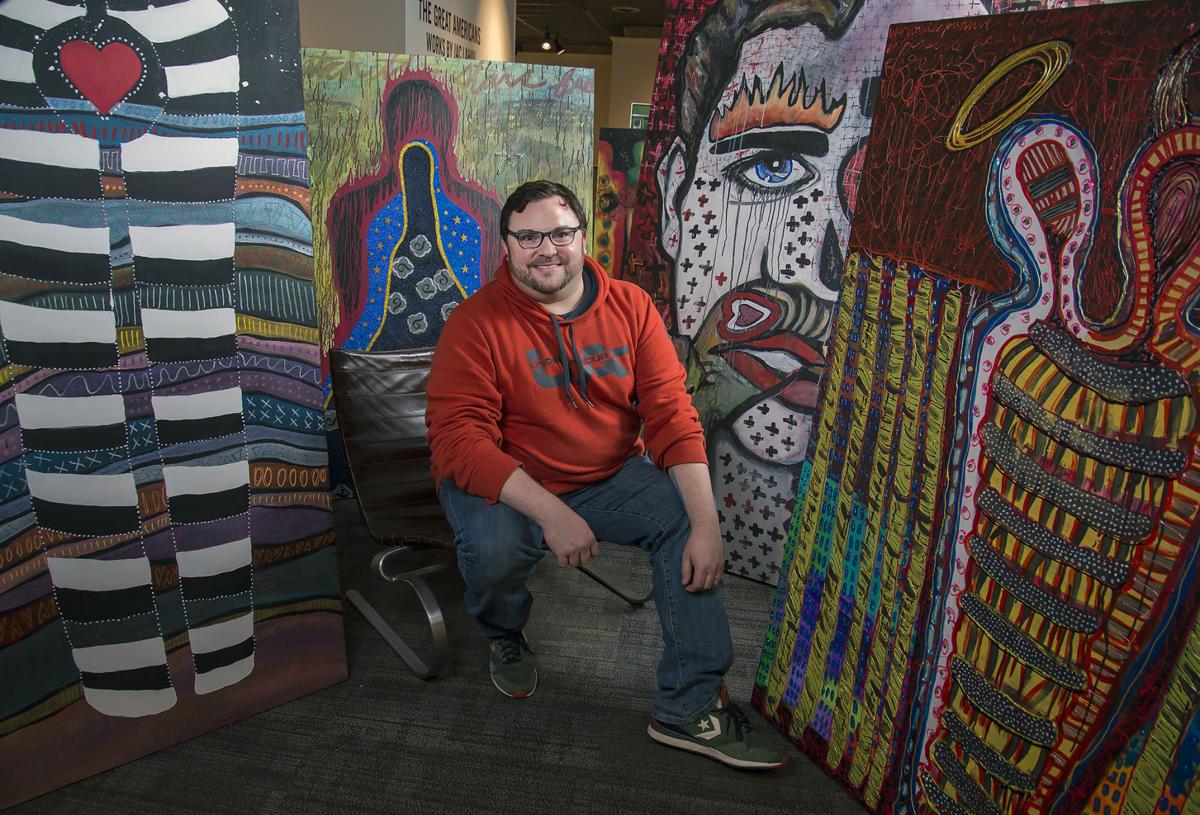 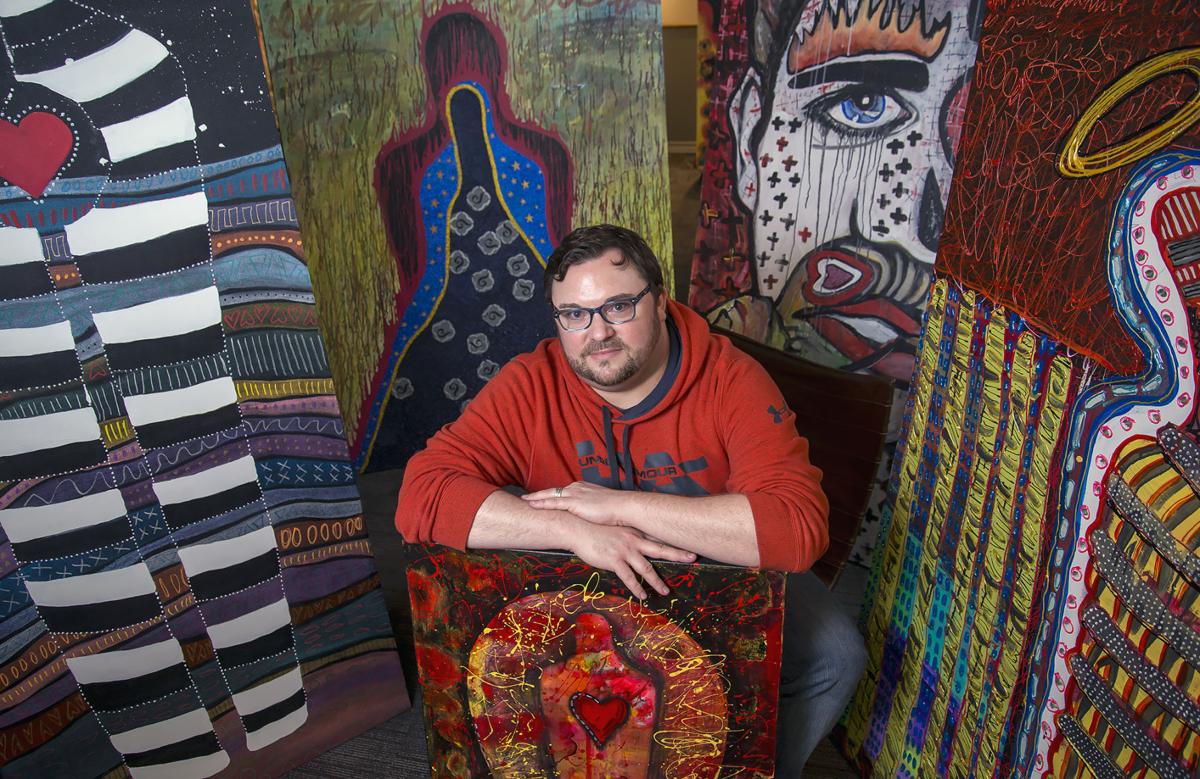 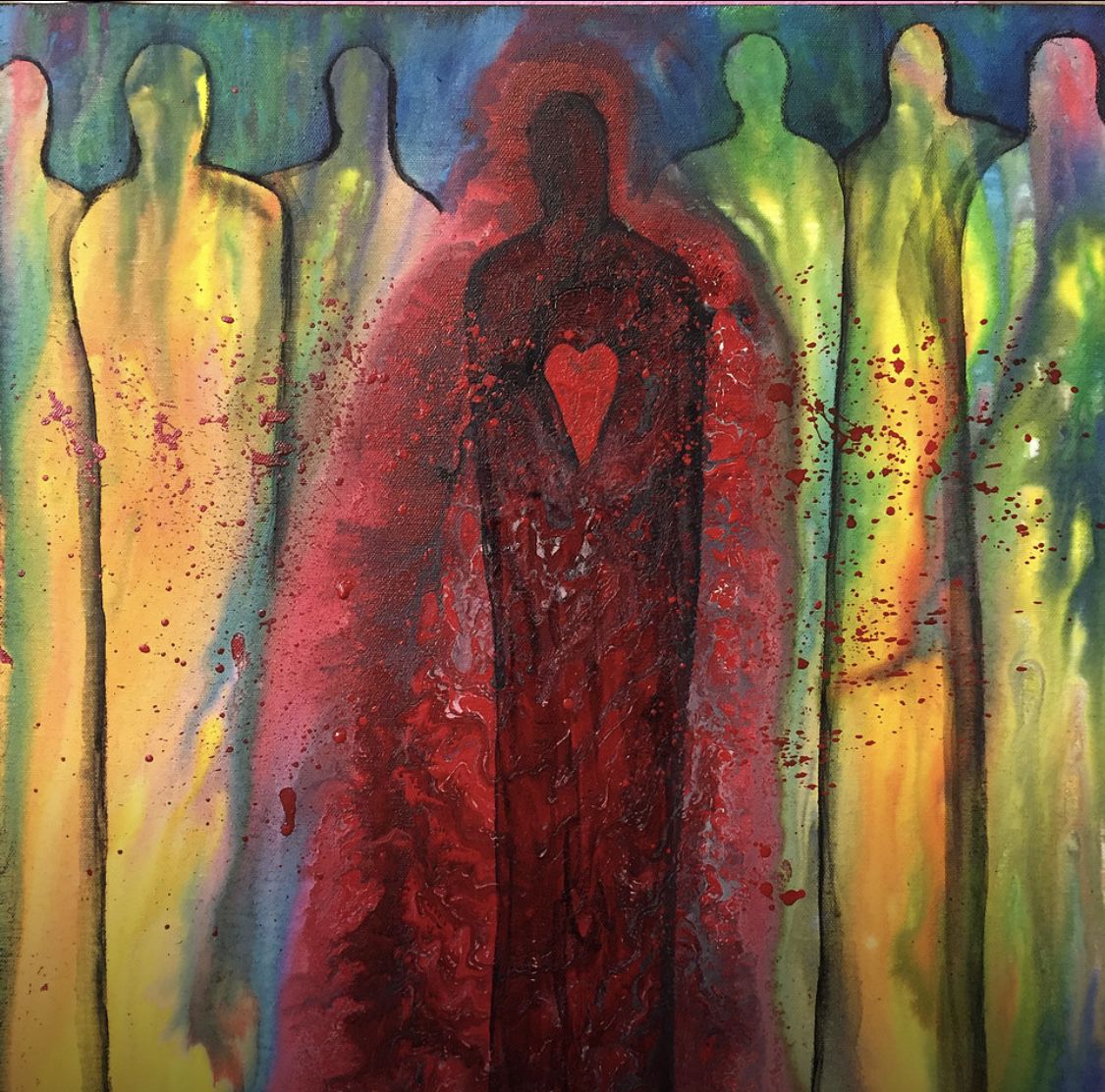 One of Hallsville graduate Brett Dyer’s works reflects his style and frequent theme. Dyer’s “Deliverance: Rescued and Set Free” exhibit continues through March 23 at the Longview Museum of Fine Arts.

One of Hallsville graduate Brett Dyer’s works reflects his style and frequent theme. Dyer’s “Deliverance: Rescued and Set Free” exhibit continues through March 23 at the Longview Museum of Fine Arts.

Brett Dyer says a lot in the name he gave his first solo exhibit at an art museum.

“Deliverance: Rescued and Set Free” will be featured Jan. 12 through March 23 at the Longview Museum of Fine Arts. Dyer, a 1997 Hallsville High School graduate and art instructor at North Lake College in the Dallas County Community College District, said he selected that name because “I feel like art saved my life.”

He enrolled in an art class with teacher Mec Lacewell in high school, though, and it changed his world. She introduced him to museums and galleries, and guided him when he was applying for schools. He ended up receiving a full scholarship to Kilgore College. Then he graduated with a degree from the University of Texas at Tyler in painting and printmaking, and he went on to receive a master of fine arts in painting and intermedia arts from Texas Woman’s University in Denton.

“That’s part of, I guess, why I’m so passionate about teaching at the community college,” he said, explaining that he was the first person in his family to attend college.

It was at Kilgore College that he met people who showed him he could teach the things he loved all day while working making art as well: John Hillier, who was an instructor in the visual arts department at Kilgore College, and O. Rufus Lovett, who taught photography at the college.

Dyer completed much of the work that will be on display in Longview since about 2017, but it follows a theme he started on some 20 years ago. A professor at the University of Texas at Tyler advised him to stop trying to make things look real. From that conversation, Dyer embarked on a series of abstract figures. They started as shapes, colors and patterns before morphing into blobs and then almost shadowlike silhouettes of people. The advantage that offers is that the silhouettes could be him — or someone else.

“I’ve kind of gone through different series of bodies of work, but it seems like I always come back to the silhouette,” Dyer said. “It’s like the spiritual side that’s in our form.”

People who view his artwork sometimes get exactly the meaning he was trying to convey. Other times, they find their own meaning.

“I kind of like that they’re more open to interpretation,” Dyer said.

He works mostly in 2D with mixed media — large and small pieces in acrylic and oil, for instance, a “little bit of everything,” Dyer said.

Tiffany Nolan Jehorek, executive director of the Longview Museum of Fine Arts, said the museum likes to support artists from East Texas, and she thought Dyer was a perfect fit when he approached her about exhibiting there. He’ll also be the judge at the student show in March.

Dyer has shown his work in galleries and in group shows, but the Longview Museum of Fine Arts will be his first solo museum show.

What: “Deliverance: Rescued and Set Free,” works by Brett Dyer

What: "2019 Focus on Photography — A Juried Exhibition”